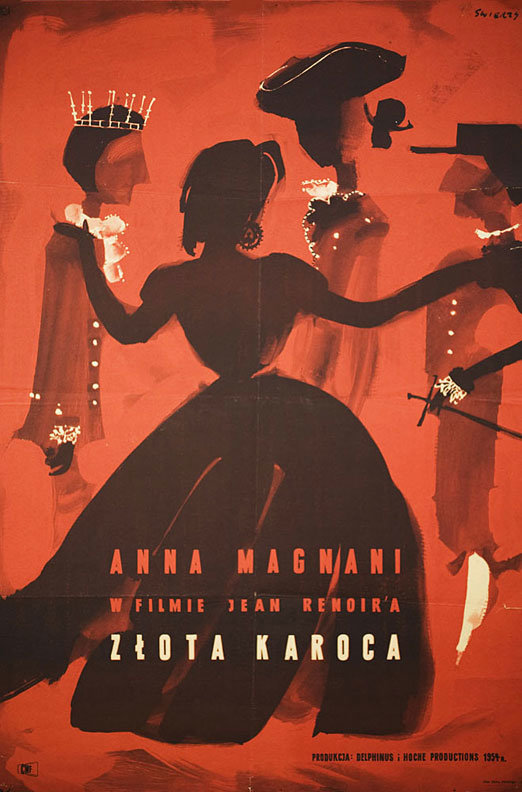 I recently watched a short documentary by Andrea Marks called Freedom on the Fence. Made in 2009, and only 40 minutes long, it is a nice introduction to the world of Polish movie posters which concisely explains the particular set of circumstances that gave rise to the incredible flowering of creativity that was the Polish poster of the 1950s and 60s. An audio interview with Henryk Tomaszewski, the father of the modern Polish poster, explains how the systematic destruction of Warsaw by the retreating Nazis in 1945, which left 80% of the city in ruins, gave rise to a landscape of rubble and fences which basically created an open-air art gallery for posters.

At the same time, at the end of the war, there was a six year backlog of American and other foreign cinema that was waiting to be seen in Poland. Tomaszewski remembers being told by the woman in charge of film promotion that the Americans were sending over posters with the films but that since no-one could read them they needed to commission their own. Tomaszewski agreed to do the work on the condition that he wouldn’t be expected to produce posters that looked like the American versions. He wanted complete freedom to illustrate the films as he saw fit. Once that was agreed upon he and a group of fellow artists got together and decided to set the price for their work as poster designers.

Under Communism, however, that artistic liberty was coupled with the need to get past the Censorship board, which led to the distinctively sly and witty use of surrealism, satire and metaphor of Polish design. And since there was no art market to speak of in post-war Poland, designing film and theater posters was one of the few ways for artists to express themselves and have their work seen. That combination of talent, freedom, censorship and a ready made outdoor art gallery led to one of the most incredible outpourings of graphic creativity of the 20th century. The film has some great 1950s footage of posters in the streets which you only wish was in color. There is much talk of how gray and undistinguished the cityscapes of postwar Poland were, and how the fences and kiosks covered in posters were oases of color and invention in an otherwise drab landscape. I was recently lucky enough to see Waldemar Swierzy’s 1954 poster for The Golden Coach in the flesh (at Posteritati where it is for sale) and it isn’t hard to imagine how that splash of red—or maybe a whole row of them—would have enlivened the streets of 1950s Warsaw.

The one thing that disappointed me about the film, and made me wish it were feature length, is that it doesn’t talk much about the individual designers and what distinguished their work from each other. There are so many major Polish designers that, until you start digging deep into that world, it is hard to remember one name from the other. As well as the audio interview with Tomaszewski (1914-2005), the other two great Polish designers of the golden age that appear in the film are Wiktor Gorka (1922-2004) and Waldemar Swierzy, both of whom are seen at the end of the film bemoaning the influx of crass consumer advertising in post-Communist Warsaw. Gorka calls the posters lining the streets today “worse than the worst examples of art under Social Realism” while Swierzy wistfully declares that he would love to do something on the scale of the advertising billboards dominating the town square, but nobody wants his kind of art anymore.

Anyway, in an attempt to redress my own ignorance about individual designers, I thought I’d take a look at their work individually rather than collectively. Seeing the Golden Coach poster the other day persuaded me that there was no better designer to start with than Swierzy, who, now aged 80, is one of the few designers from the golden age still with us. He started in the early 1950s and, as far as I can tell, continues to work today. He is also one of the most prolific, credited with over 2,500 posters, and two of his designs, those for Midnight Cowboy and Sunset Boulevard, are among the top three most expensive Polish movie posters on the market (the other one being Wiktor Gorka’s Cabaret).

Swierzy’s style has changed dramatically over the years and today I’m going to restrict myself to the best of his work from the 50s and 60s.

Born on September 9, 1931, in Katowice, Poland, Swierzy studied graphic design under ﻿Joseph Mroszczak at the Krakow Academy of Fine Arts and in 1952 he graduated and moved to Warsaw where he must have started producing movie posters straight away. This superbly simple and arresting design for the 1952 Italian film Hope for Two Pennies, is the earliest of his posters I know of. 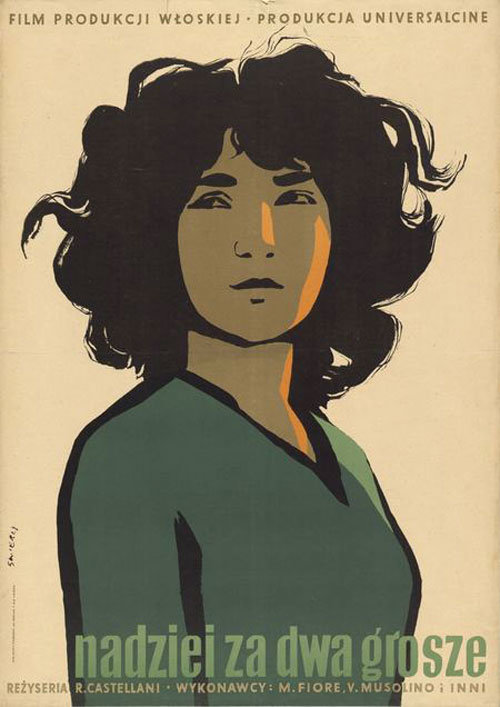 In 1959 Swierzy received the Grand Prize at the first International Exhibition of Film Posters in Versailles for this 1955 poster for Claude Autant Lara﻿’s L’auberge rouge, below, the first of many international prizes he would receive.﻿﻿ 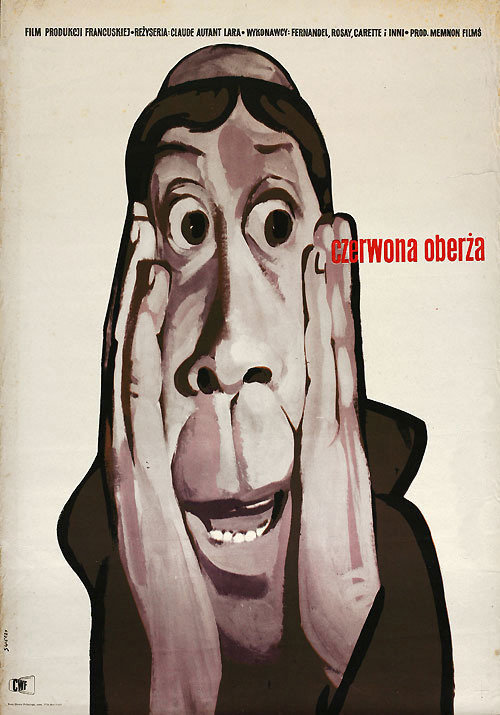 What follows are, to my mind, the best of Swierzy’s posters from the 50s and 60s, when his work was much more graphically simple than it became in the 70s. 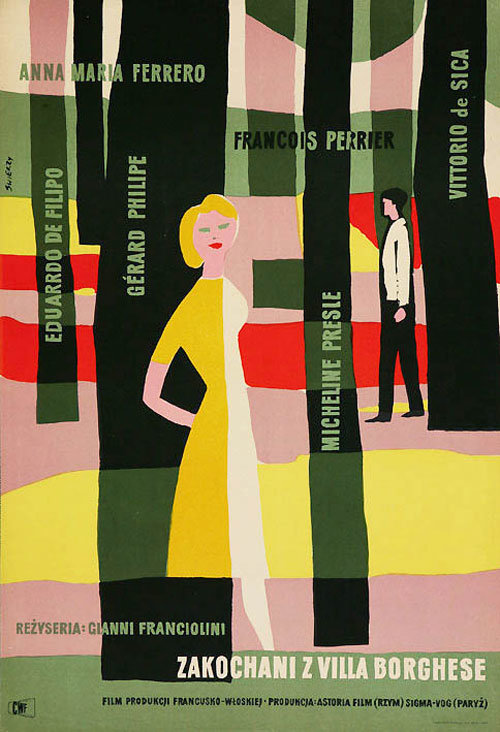 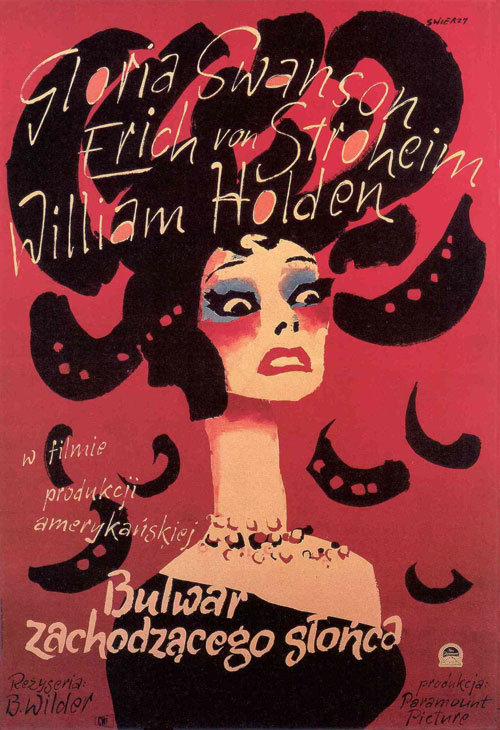 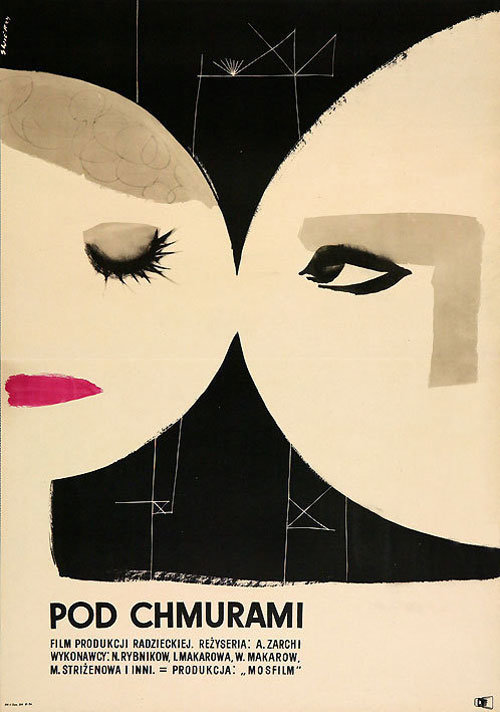 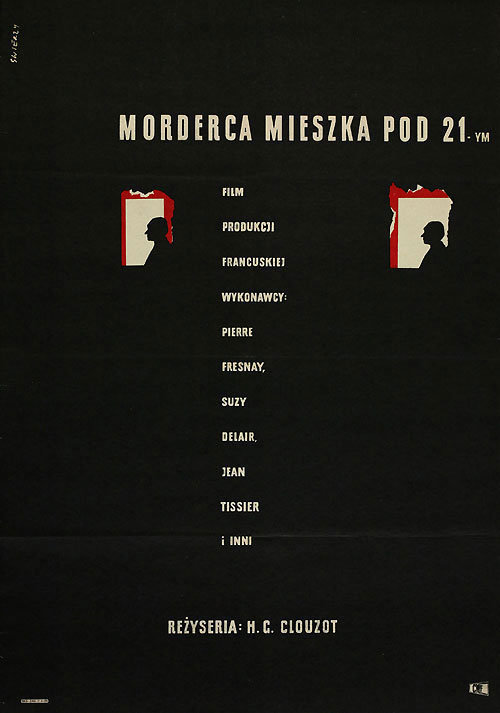 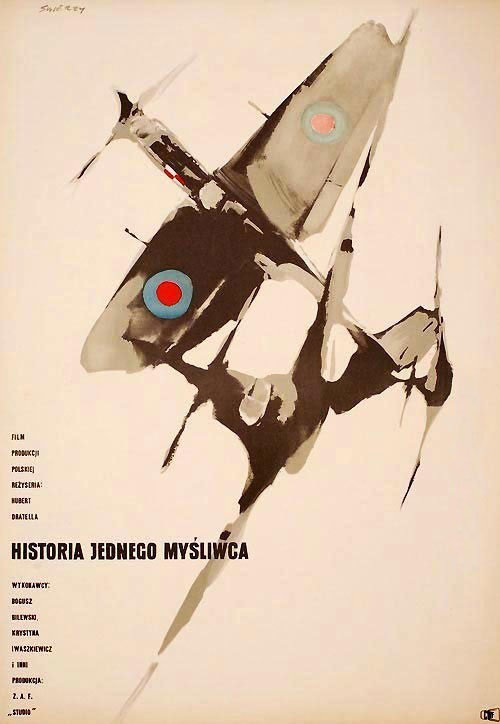 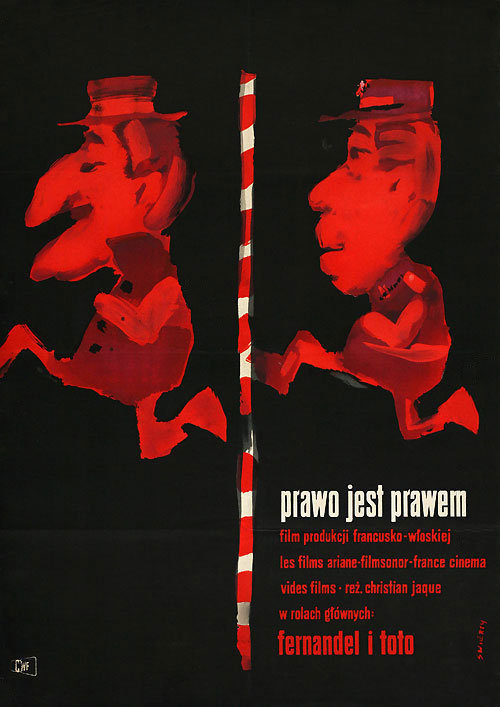 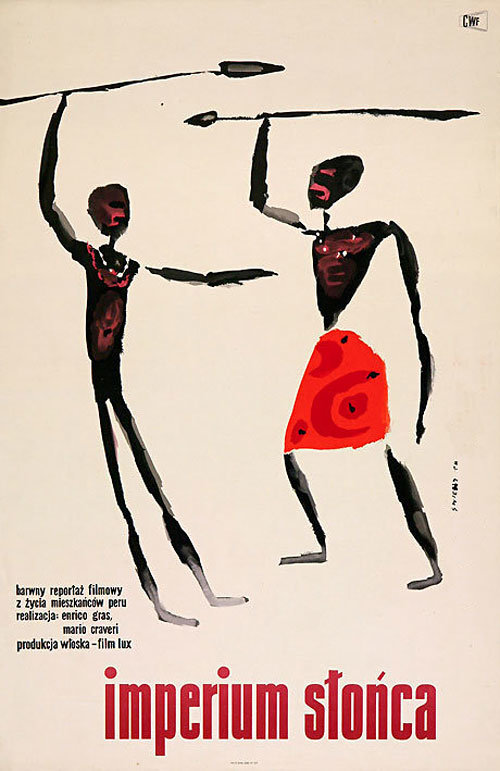 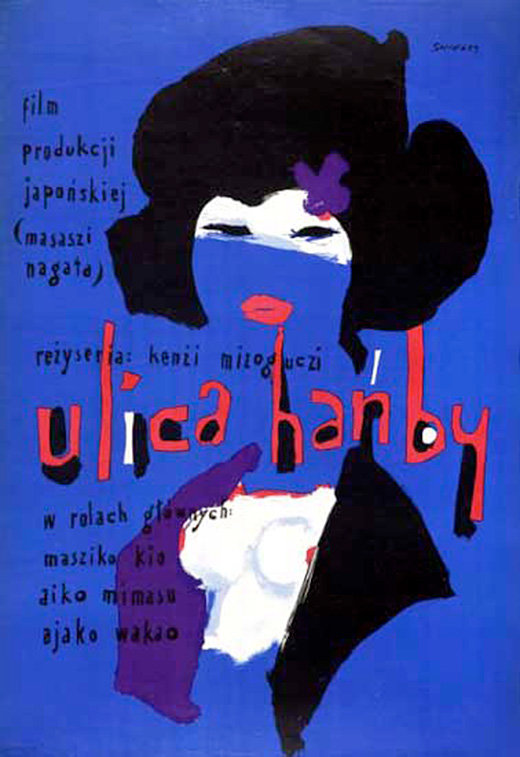 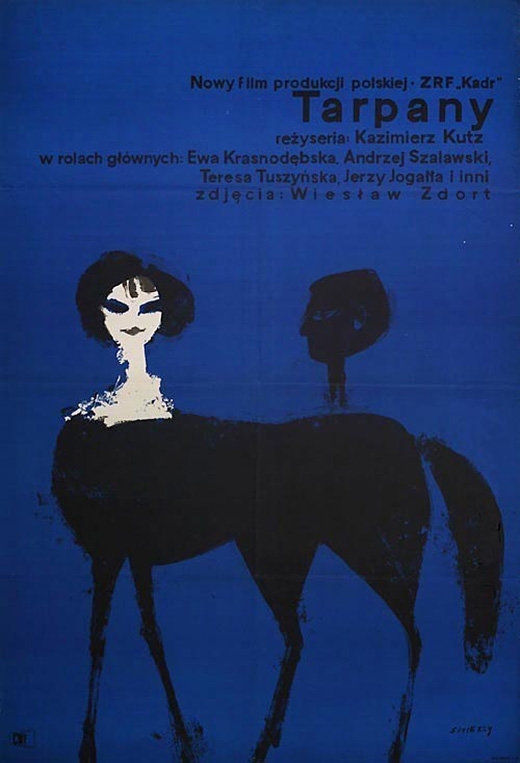 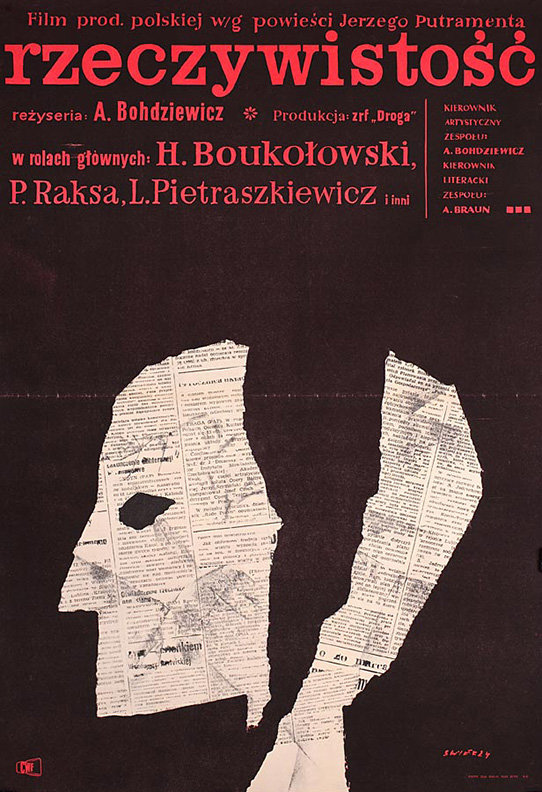 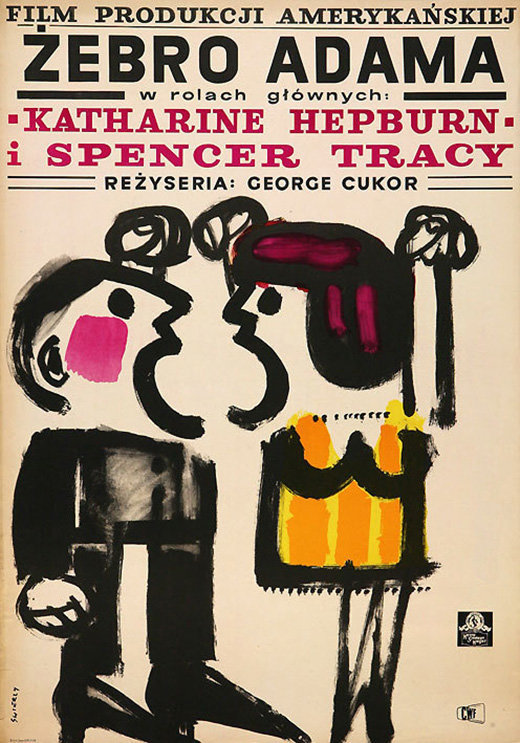 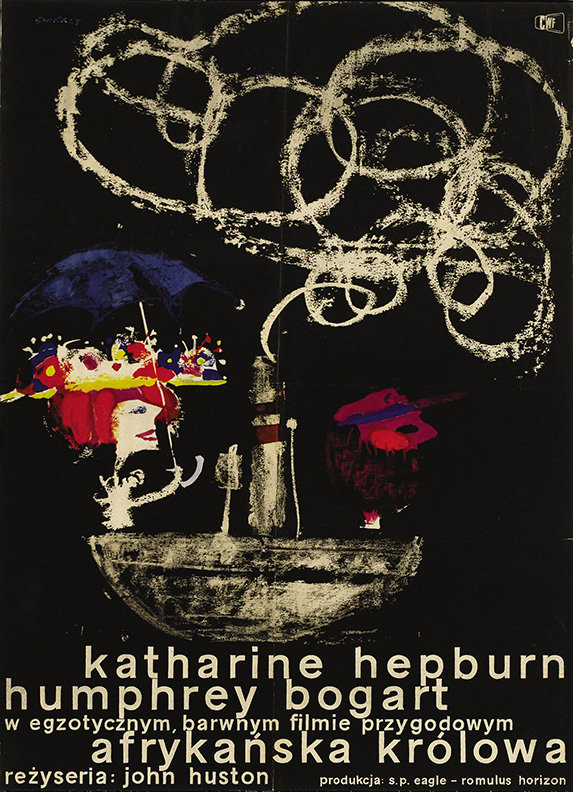 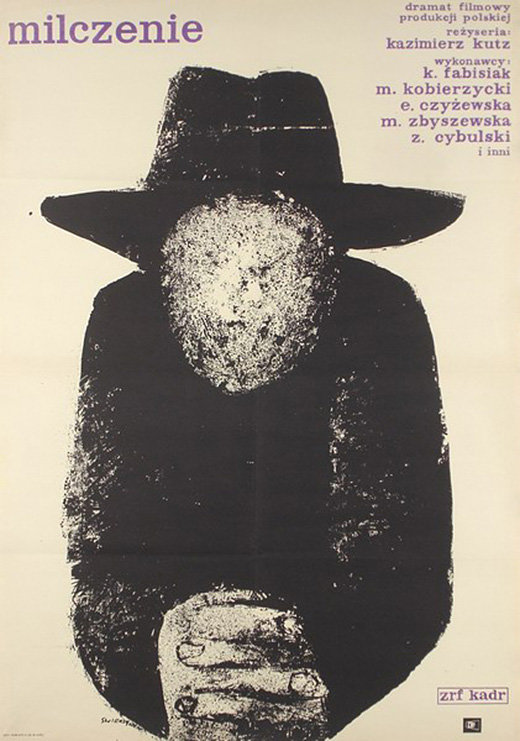 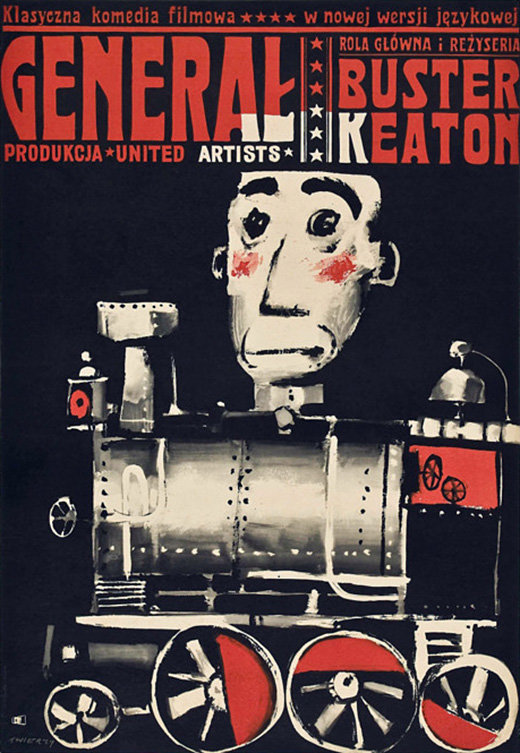 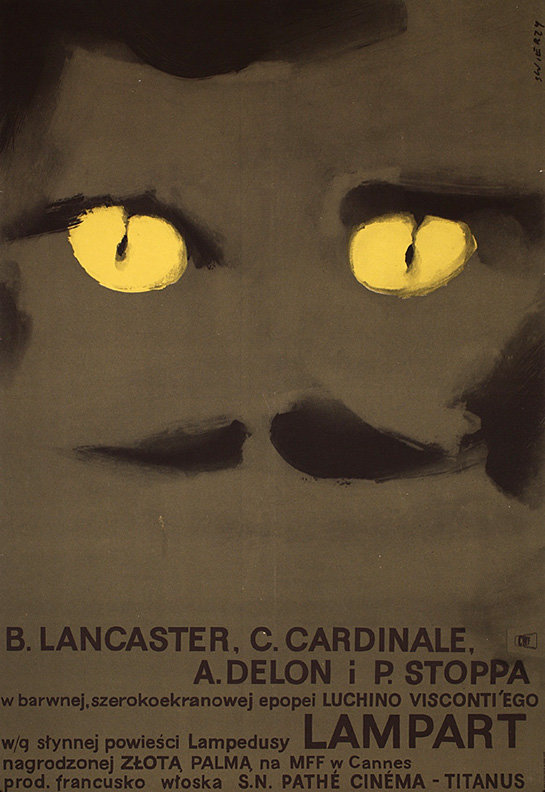 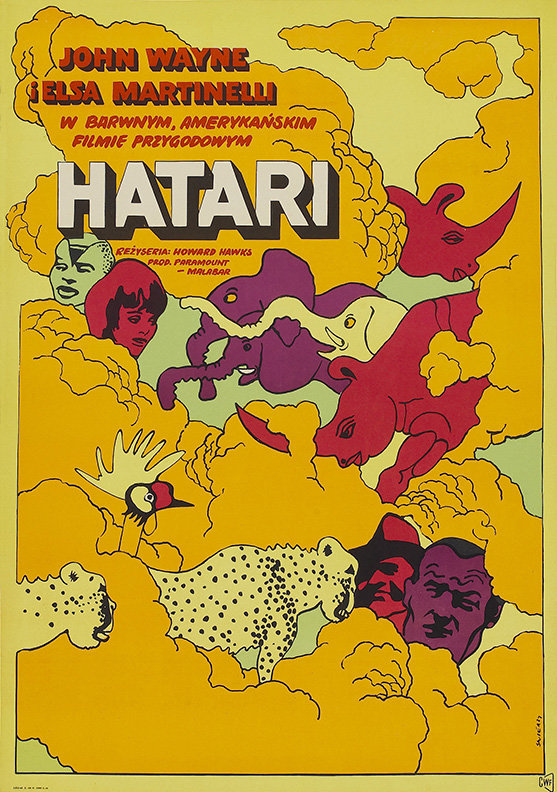 Above: 1968 poster for Hatari! (Howard Hawks, USA, 1962), from which point the influence of Pop Art in Swierzy’s work can clearly be seen. 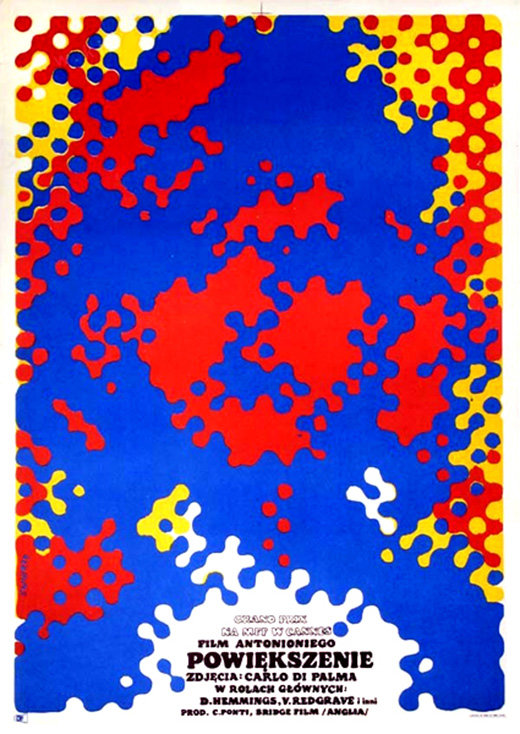 Above: the 1968 poster for Blow-Up (Michelangelo Antonioni, Italy/UK, 1966), which designer Sam Smith selected as one of his favorite posters of all time. 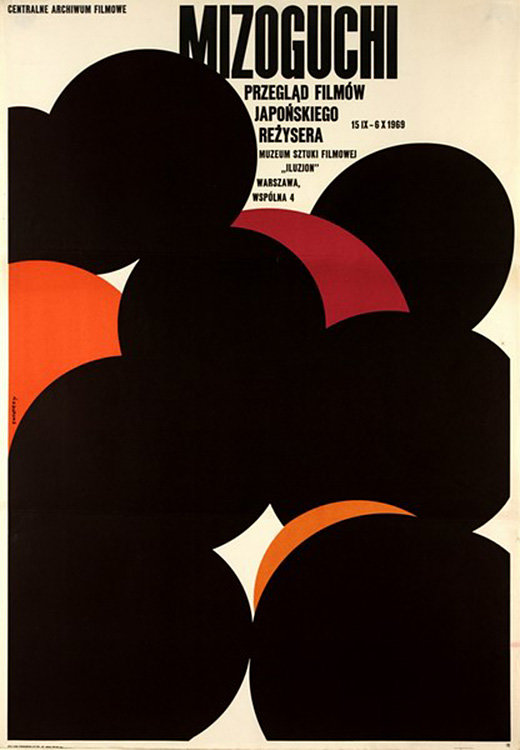 Above: the 1969 poster for a Mizoguchi retrospective.

More of Swierzy’s work from the 70s and beyond to come. The documentary Freedom on the Fence can be purchased (download or DVD) here. Poster images are courtesy of Posteritati, Heritage Auctions, Terry Posters and the Polish film poster database.