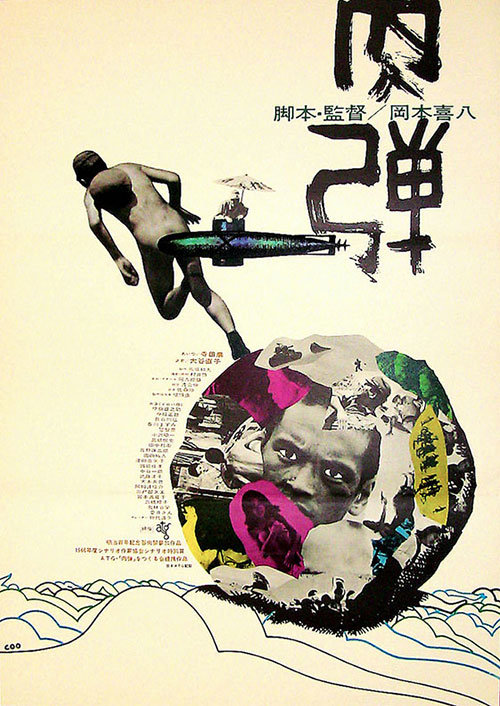 For the past two months, and concluding this weekend, the Museum of Modern Art in New York has been screening the films of Japan’s Art Theater Guild. Programmed in conjunction with the gallery exhibition Tokyo 1955-1970: A New Avant-Garde, the series Art Theater Guild and Japanese Underground Cinema 1960-1986 was “the most comprehensive U.S. retrospective ever devoted to...the independent film company that radically transformed Japanese cinema by producing and distributing experimental, transgressive, and genre-shattering films from the early 1960s until the mid-1980s.”

Posters for the ATG were harder to find than I expected, at least in good high-quality scans, so I have concentrated on a handful of masterful designs from the late 60s, all of which use a combination of photo montage and illustration (a couple of which I have featured in this column before.)

According to a comprehensive article by Roland Domenig on the blog Midnight Eye, the ATG owned their own movie theaters where they could play their own productions, and their flagship was the Art Theatre Shinjuku Bunka in Tokyo. “The Shinjuku Bunka had been built in 1937 as a contract cinema of Toho. [Kinshiro] Kuzui readapted it according to his own plans and created a completely new type of cinema. The whole cinema was painted a dark shade of grey, bills and posters and any other kind of flashy advertising were banished, there were only afternoon shows (most cinemas opened in the morning), the seats were spacious and comfortable, and the audience could not simply come and go during a performance like they did in the other cinemas. The foyer acted as a gallery where well-known painters and illustrators exhibited their work. ATG posters were often designed by famous artists and were utterly different from traditional movie bills.﻿”

The best known of the artists who created posters for ATG films was the great Tadanori Yokoo, whose two posters for Oshima’s Diary of a Shinjuku Thief are below (and one of which is hanging in the Tokyo exhibition﻿ in MoMA right now along with a wall of other Yokoo posters which I highly recommend seeing). For similar work from this era, including plenty of Yokoo, I highly recommend David G. Goodman’s book Angura: Posters of the Japanese Avant-Garde which collects experimental theater posters of the 60s and 70s and is full of similarly transgressive, colorful, inventive works like these. 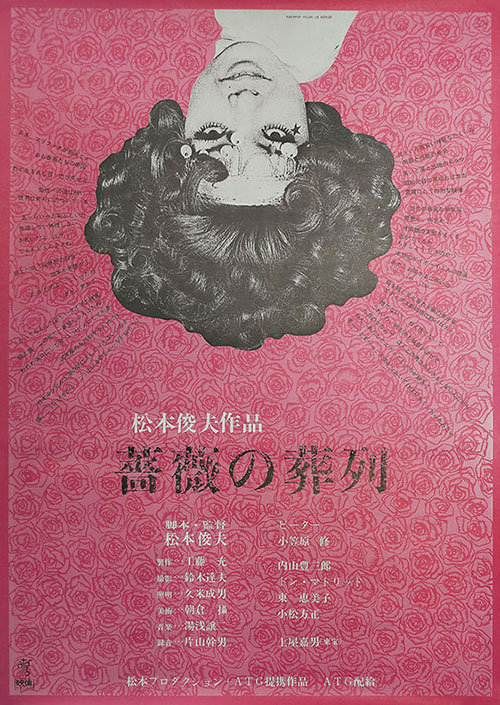 Above: poster for Bara no sôretsu﻿ [Funeral Parade of Roses] (Toshio Matsumoto, Japan, 1969). 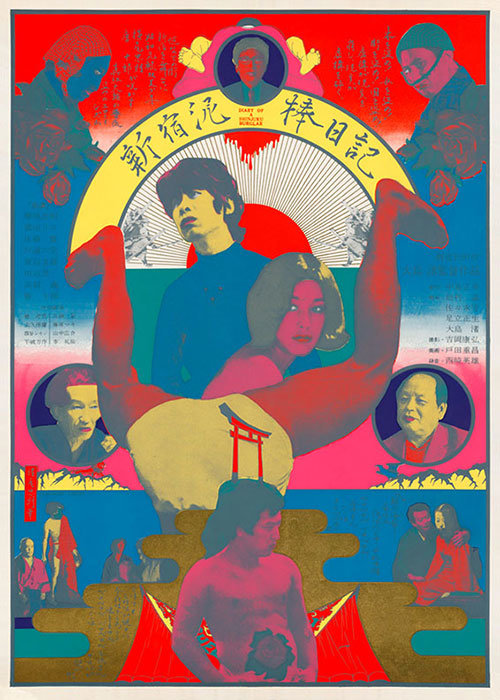 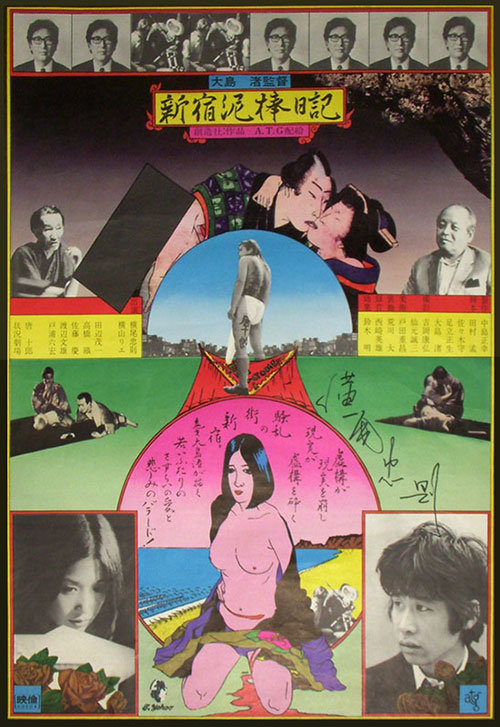 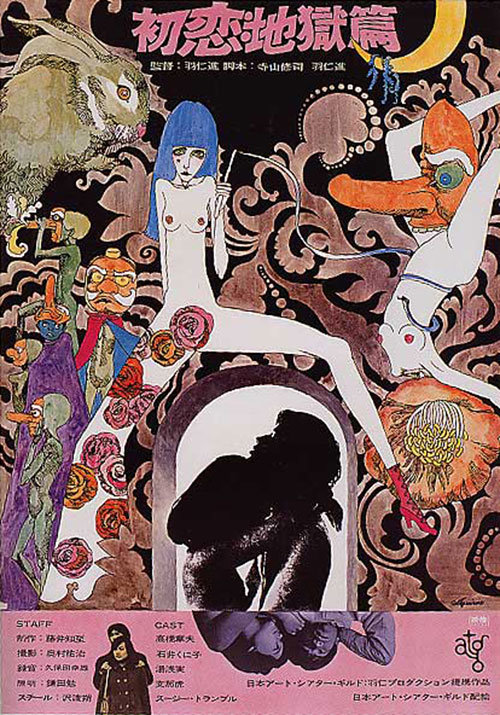 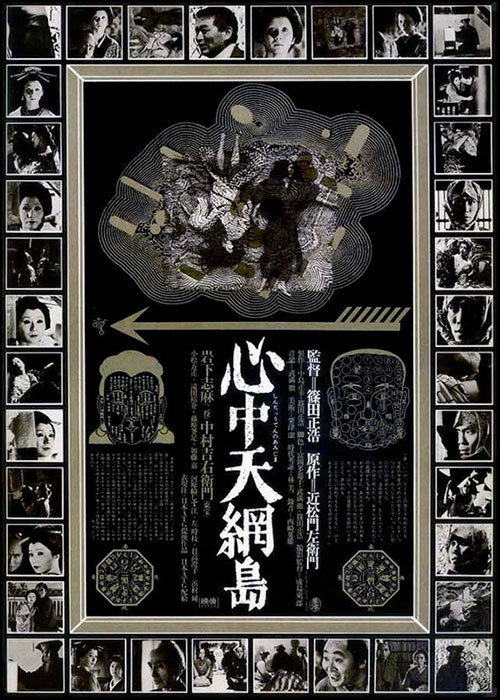 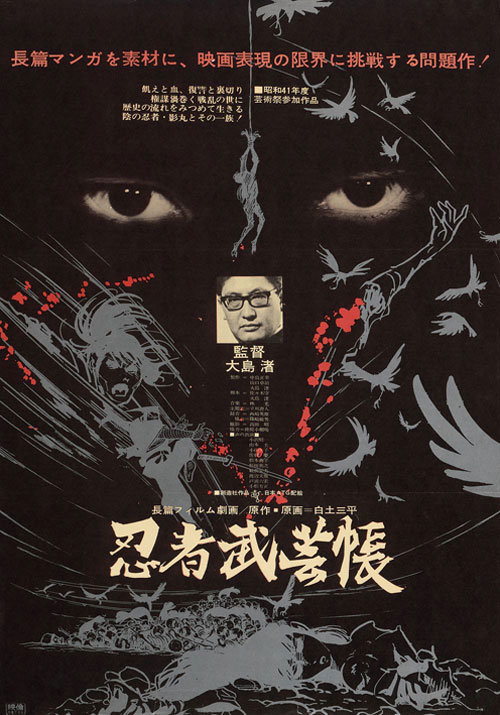