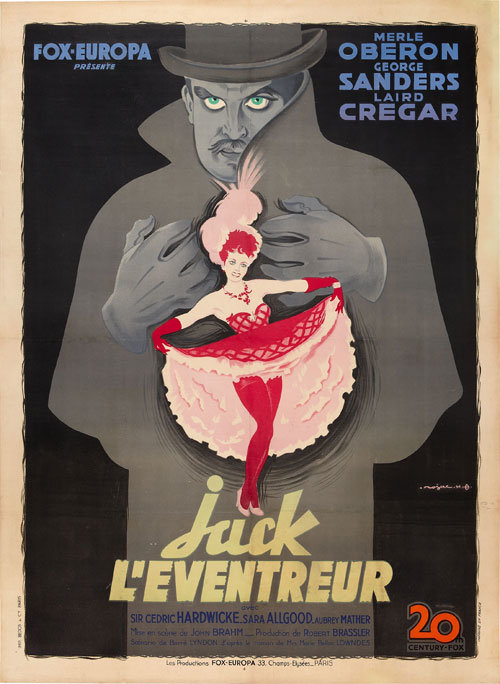 This stunning French grande poster for The Lodger (the 1944 John Brahm version, not the 1927 Hitchcock, though based on the same Jack the Ripper novel by Marie Belloc Lowndes which has been adapted five times in all) is a nice early take on the image-within-image style that poster designers use far less cleverly today (most recently for Jane Eyre or The Next Three Days.) The poster was illustrated by one Roger Jacquier, otherwise known as Rojac, who seems to have been quite a prolific illustrator in the 1940s and ’50s, the era of le cinéma du papa, before the photo montages of Nouvelle Vague designers like Ferraci became the vogue.

I will write more about Rojac’s designs, mostly for French films, at a later date, but here is another of his striking, colorful and pleasingly uncluttered designs for a Hollywood movie, and this time it is Hitchcock: 1949’s The Parradine Case. 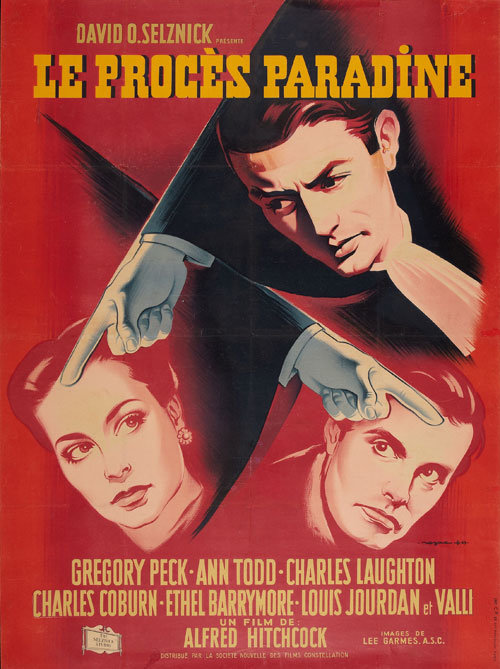 Movie Poster of the Week
2
Please login to add a new comment.