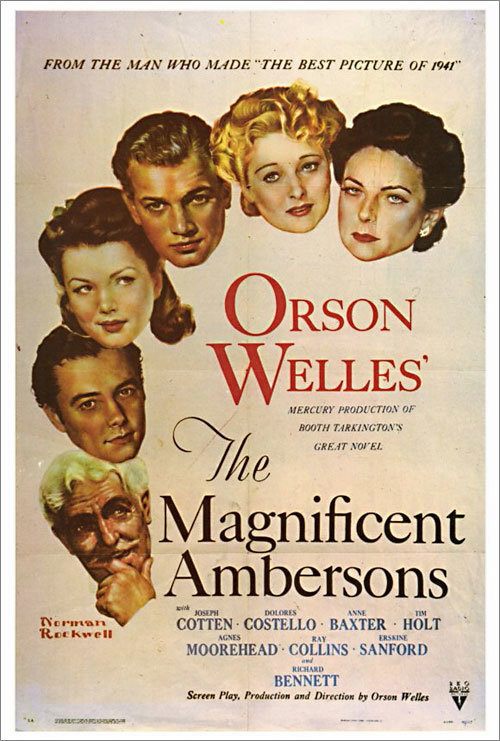 Norman Rockwell, America’s most beloved illustrator, purveyor of sentimental, small-town kitsch, preserver of American pieties, is undergoing something of a renaissance. Though Robert Hughes said in his 1978 Time obituary that “Rockwell's reputation was not made by museums and could not have been,” it is museums, starting with an exhibition at the Corcoran Gallery in Washington DC in 1999, that are fuelling his reassessment. A superb draftsman and a canny anecdotalist, Rockwell’s work definitely repays serious attention, but I’m not sure his reputation will be greatly altered by his newest exhibition, at the Smithsonian, of works from the private collections of Steven Spielberg and George Lucas, two of the world’s most prominent Rockwell collectors. Spielberg and Lucas are obvious kindred spirits, sharing both Rockwell’s virtues as well as his limitations. Had this been an exhibition of Rockwell works from the collections of, say, Jean-Luc Godard and George Romero, that might have opened more eyes (though Spielberg and Lucas are probably among the few film directors who can actually afford to buy original Rockwells these days).

Though a die-hard New Englander, Rockwell was much enamored of Hollywood and once said that if he hadn’t been an illustrator he would have liked to be a film director. Over a period of 25 years he was commissioned to illustrate six movie posters: The Magnificent Ambersons (1941), The Song of Bernadette (1943), Along Came Jones (1945), The Razor’s Edge (1946), and, after a gap of 14 years, Cinderfella (1960) and the 1966 remake of Stagecoach. All of the posters are basically portraiture rather than his usual staged tableaux, but are nonetheless recognizably Rockwellian and all are prominently signed (in a way that no other movie poster illustrator, to my knowledge, has ever been so distinctly credited). It’s easy to see why Rockwell, the chronicler of small-town America, would have been chosen to illustrate Ambersons, though there is nothing in the Rockwell oeuvre that even hints at the ultimate bleakness and despair of Welles’ masterpiece. 20th Century Fox advertising director Charles Schlaifer commissioned Rockwell’s portrait of Jennifer Jones for The Song of Bernadette, and then displayed it 150 foot high above the Broadway marquee for its opening. Schlaifer later claimed that “It absolutely sold the picture” and was “one of the most effective pieces ever created for a motion picture.” Three years later the same studio used Rockwell’s illustration of Tyrone Power for The Razor’s Edge to launch the most extensive billboard campaign in the company’s history, initiating the use of a giant 48-sheet poster in New York. It’s no surprise to see a Rockwell portrait of Gary Cooper (it’s more surprising that he was never hired to paint Jimmy Stewart or illustrate a Capra film). Jerry Lewis might be a less obvious choice, though there is a definite slapstick element in much of Rockwell’s work. For his final poster, the Gordon Douglas remake of Stagecoach, Rockwell painted oil portraits of each of the movie’s ten stars (including Ann-Margret and Bing Crosby) and even had a bit part in the film. (As it happens, the film is playing on AMC tomorrow morning at 9am if anyone wants to try to spot him.)

There is one more poster, for Douglas Sirk’s 1958 A Time To Love and a Time to Die, that I had thought was a Rockwell, but it is not signed, and though the subject matter, a soldier embracing his girl before going off to war, is blatantly Rockwellian, it is probably only in the Rockwell style (if anyone knows otherwise please let me know).

In addition to the Lucas-Spielberg blockbuster currently packing them in at the Smithsonian, there is an exhibition of “Rockwell and the Movies” containing posters, lobby cards and portraits at the Norman Rockwell Museum in Stockbridge, MA, running through October 31.

[Some of the background information about the Bernadette and Razor’s Edge campaigns is taken from the museum’s introduction to a previous exhibition, archived by the Traditional Fine Arts Organization.] 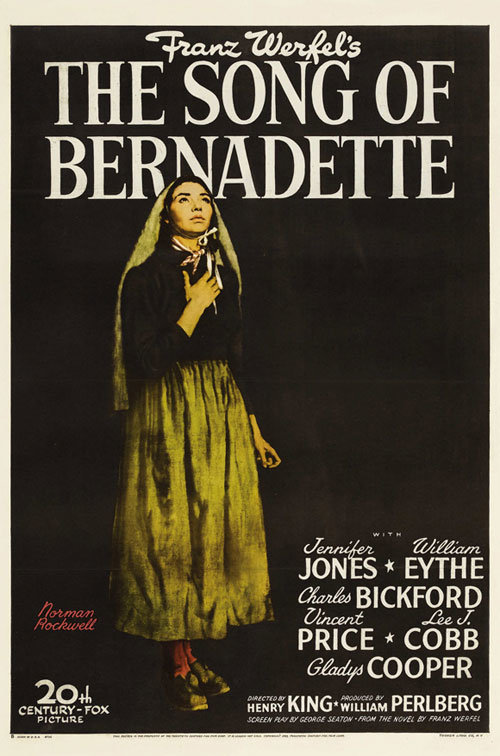 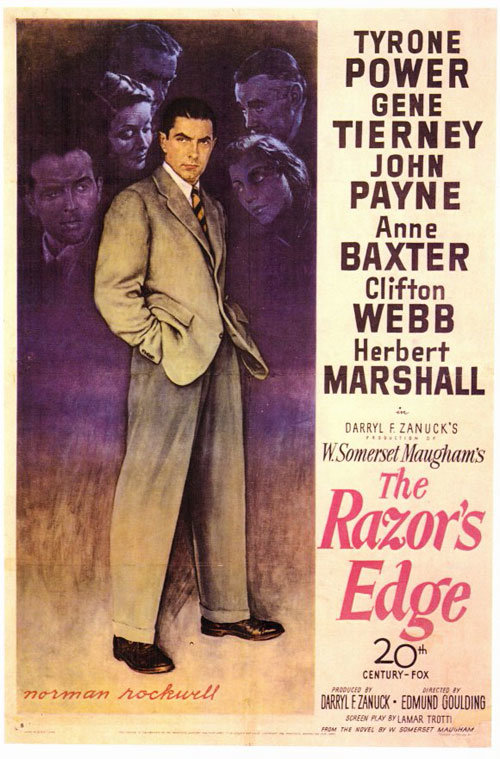 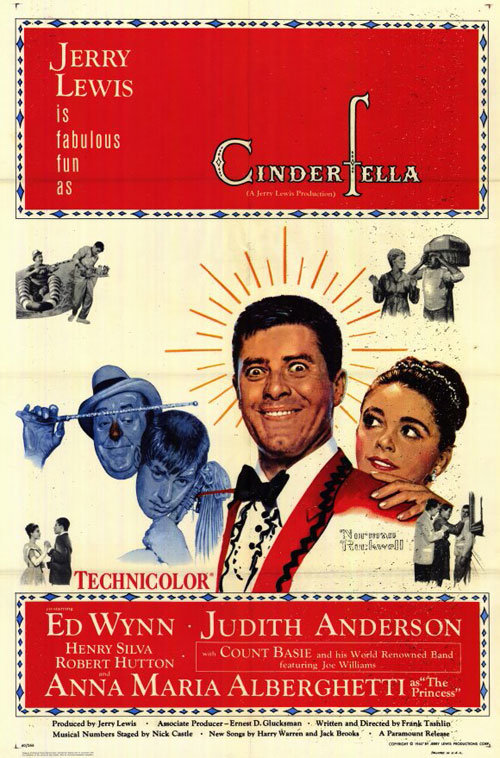 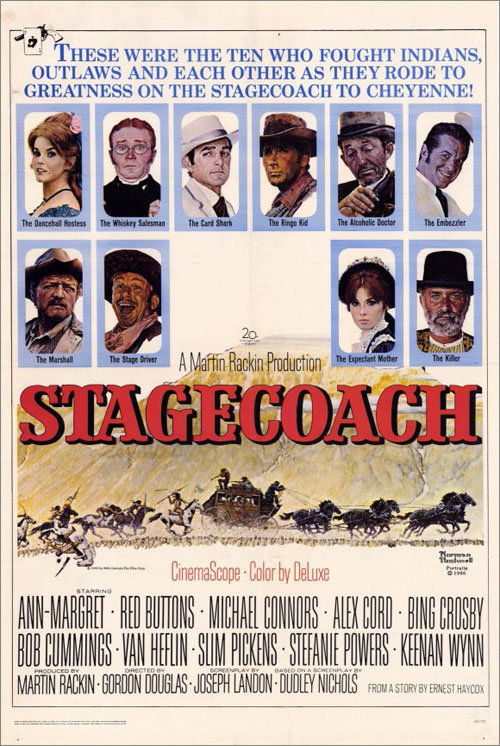 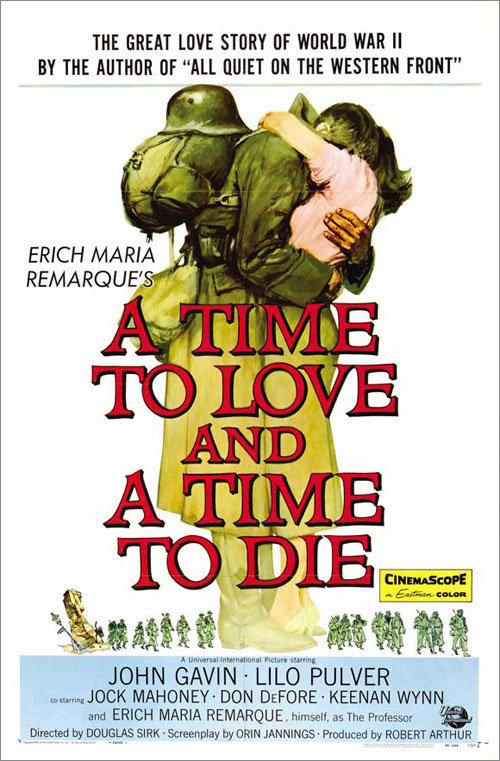 Movie Poster of the Week
0
Please login to add a new comment.