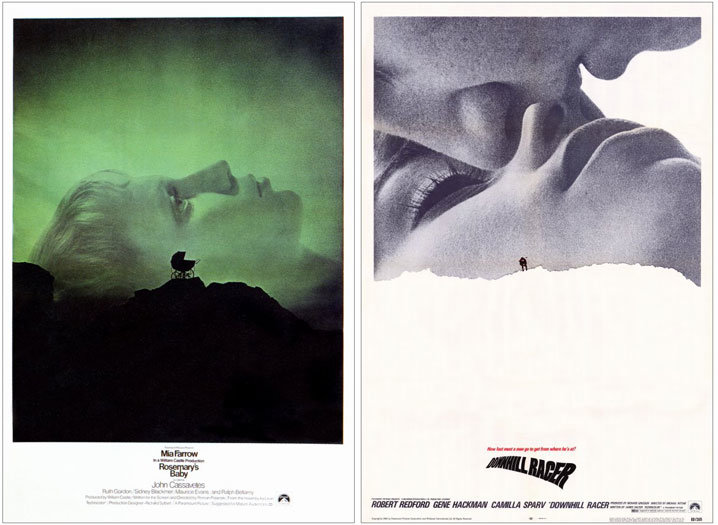 Stephen Frankfurt was something of a real-life Don Draper: a hot shot ’Sixties Madison Avenue ad executive who was profiled by the BBC in 1965 in a 30 minute film called The Quiet Persuader (the whole thing can be seen on YouTube). Born in 1931 and apparently still active in advertising today, Frankfurt earned international recognition when he was made president of Young & Rubicam in 1968. Not only was he, at 36, the youngest man in advertising to hold such a high office, he was also an art director when it was rare for art directors to run agencies. Young & Rubicam was the world’s second largest ad agency and in the first episode of the new season of Mad Men Don Draper mentions Y&R as a rival. He complains about Y&R’s much more spacious offices, although in the BBC piece you can see that their offices are nowhere near as glamorous as Sterling Cooper’s. (In the opening minutes of the BBC film Frankfurt makes a sarcastic speech about advertising being something people don’t need that I’m shocked Matthew Weiner hasn’t yet stolen for Mad Men.)

Frankfurt had started at Y&R in 1957 at the age of 25, and his award-winning commercial films earned him the attention of producer Alan J. Pakula, who hired him to design the main titles for To Kill A Mockingbird in 1962. Frankfurt’s iconic title sequence changed the art of title design (Cameron Crowe paid homage to it in Almost Famous, and Kyle Cooper gave it his own twist in Se7en).

Frankfurt was a brilliant designer as well as a great ideas man, and his most innovative marketing concept, starting with Rosemary’s Baby in 1968, was to see the packaging of movies as a totality—designing the titles, posters, trailers and ads with one common look and theme. He also made a specialty of taglines (“Pray for Rosemary's Baby”, “In space no one can hear you scream”, “X was never like this”). You can see here how his trailer for Rosemary's Baby complements his poster.

The posters for Rosemary’s Baby (the baby carriage on the crag was shot on the outcrops of rocks in Central Park) and Downhill Racer (1969), both among the greatest of their era, are remarkably similar when seen side by side. In the BBC film he talks about “striving for simplicity, directness and meaning” and his posters and titles all accomplish this superbly. His approach was always “less-is-more.” Because Emmanuelle (1974) was X-rated, he couldn’t do commercials or trailers," so he made the X rating a prominent part of the campaign.

Frankfurt also worked on campaigns for The Front, Network, All That Jazz, Tommy, Goodbye Columbus, Catch-22, That's Entertainment, Kramer vs. Kramer and Superman, but it is hard to know whether he designed all the posters himself. In blog posts about Frankfurt I have seen comments saying that one Philip Gips was either the co-creator or the chief designer of a lot of these campaigns, but I have been unable to find any more about Mr. Gips. If anyone knows more please let me know.

In 2005 Turner Classic Movies devoted a whole evening to movies with Frankfurt titles.

[One side note: Frankfurt’s wife Suzie, seen in the film, whom he divorced in 1968 and who passed away in 2005, became a major New York interior designer and was a close confidante of Andy Warhol. According to her Wikipedia page she “popularized 18th and 19th-century Russian furniture among corporate raiders of the ’70s and ’80s.”] 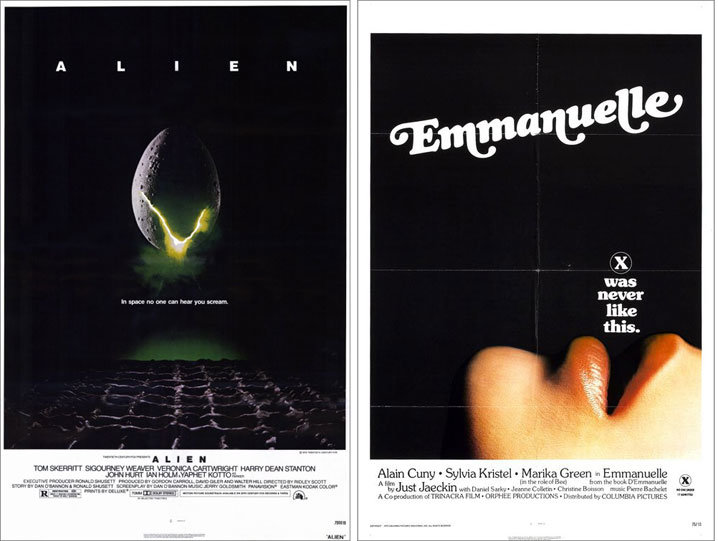 Movie Poster of the Week
12
Please login to add a new comment.