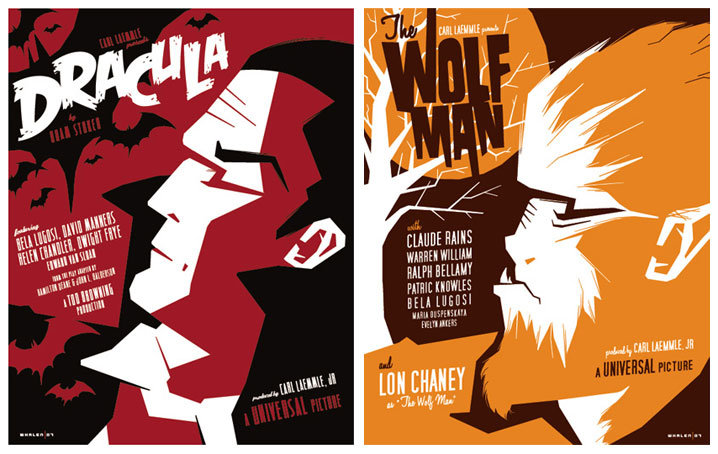 As a follow-up to last week’s post which touched, especially in the comments section, on the trend of Minimalist Movie Posters, I wanted to feature the work of Pennsylvania-based designer Tom Whalen. Whalen is an incredibly talented illustrator who has done pieces for Wired magazine among others, but for the past few years he has also been doing movie poster design work for his own pleasure. His work however is far from minimalist and he certainly can’t be accused of just slapping a witty icon on a background color. I especially like his series of posters for Universal horror movies which, in its use of single colors and its unity of style reminds me of the Hammer horror series by Guy Gerard Noel that I featured last year. More of them can be seen below.

Whalen, who is especially fond of B-movies, works in a style that I have seen referred to as “modern vintage” and which he has said is heavily inspired by both Saul Bass and the Russian Constructivists. His hand lettering and use of type and color is superb. He has designed his own posters for Goonies, Gremlins, Shaun of the Dead, Star Wars, The Hunger, The Thing, Wizard of Oz, The Blob and Dawn of the Dead, all of which can be seen on his blog and gallery. He does commissioned movie poster work too, designing posters this year for the Colonial Theatre in Phoenixville, PA, for their First Friday Fright Nights series, for which he has featured Aliens, Jaws, Zombie and one of my personal all-time favorites, Cronenberg’s The Fly (see below). He has also contributed a fine addition to the ever-growing gallery of fan-designed posters for The Shining. 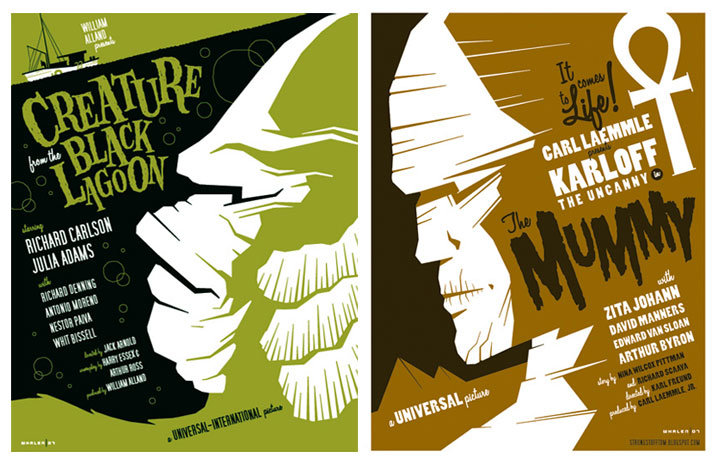 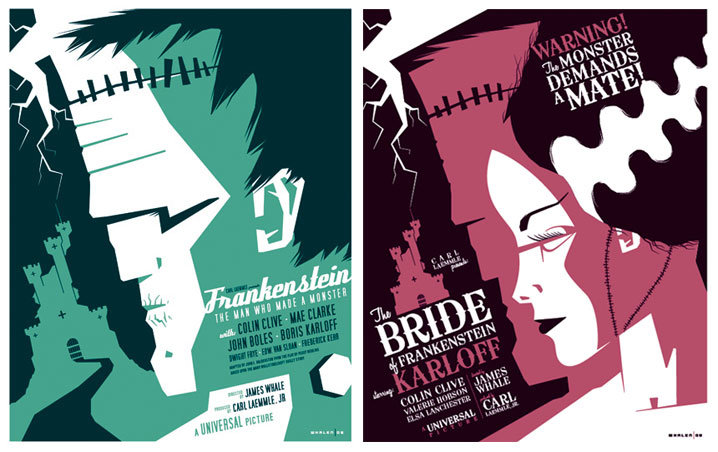 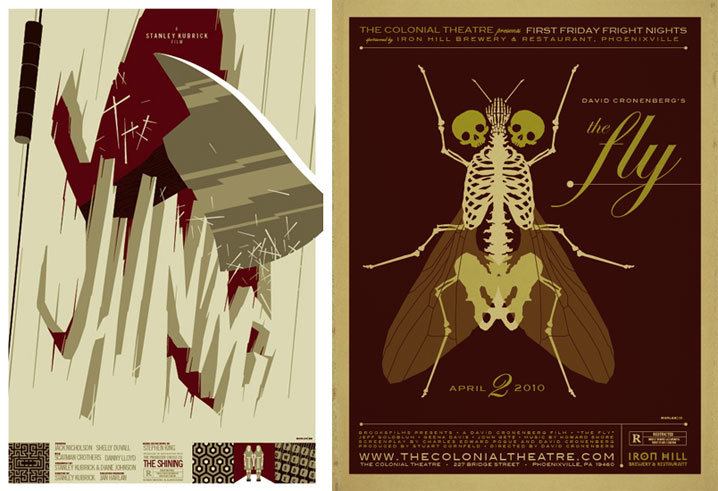