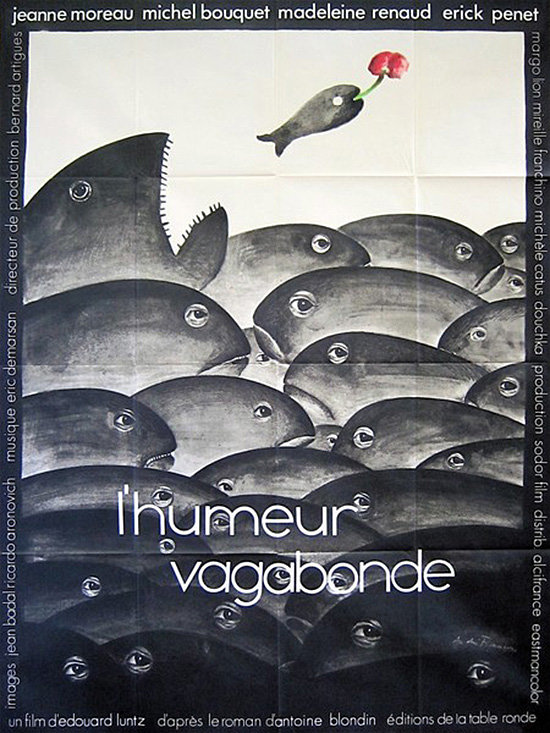 Two weeks ago, in my post about the work of Pierre Etaix, I mentioned Etaix’s admiration for the cartoonist, painter and sculptor André François, who designed a number of posters for Etaix’s films. This got me searching for more of François’s work.

Born in 1915 in Austria-Hungary—in what is now Timisoara, Romania—André Farkas﻿, as he was then known, studied at the Academy of Fine Arts in Budapest before moving to Paris in 1934 where he worked with the great French poster designer A.M. Cassandre, became a French citizen and changed his name. By the 1940s he was already a popular and prolific illustrator, working for satirical magazines in France and Britain. In his New York Times obituary, Steven Heller wrote that François’ “biting satires of the human comedy influenced a generation of American editorial illustrators to veer from traditional realism﻿” and he quotes the designer Milton Glaser as saying “Along with Saul Steinberg, he was the shining light of world illustration in the 50s...All of us beginning our practice at that time were deeply inspired by him.” ﻿

His whimsical and witty illustrations, often involving animals or surreal juxtapositions of objects and body parts, were rendered with a seemingly casual simplicity. Walt Kelly, the Disney animator and creator of the Pogo comic strip, wrote that “he seems to capture an idea with a pounce. He throws it to the ground in a frenzy, hacking at it with quick strokes to delineate its likeness. He never waits to pretty it up, smoothing its fur or arranging its limbs with the decency due unto death. His ideas are never mummified in technique or stuffed, or tanned and stretched. They are not fossils of style.”

I found only three non-Etaix movie posters, all of them animal-related: the 1971 L’humeur vagabonde, above, and these two from the 1980s: 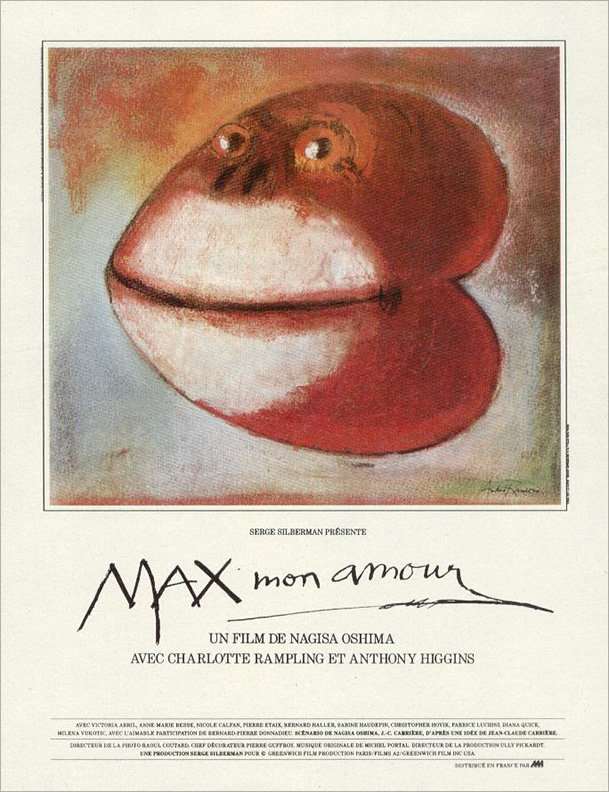 François’ other major film work was the title sequence for Roman Polanski’s The Fearless Vampire Killers (1967), in which a drop of blood from the fang of a cartoon vampire—replacing the MGM lion—falls and transforms throughout the entire credit scroll. The full sequence can be seen on the invaluable titles site Forget the Film, Watch the Titles.

François is probably best known in the US for his many memorable New Yorker covers, a selection of which—dating from 1963 to 1991—I’ve assembled here (click to see large). 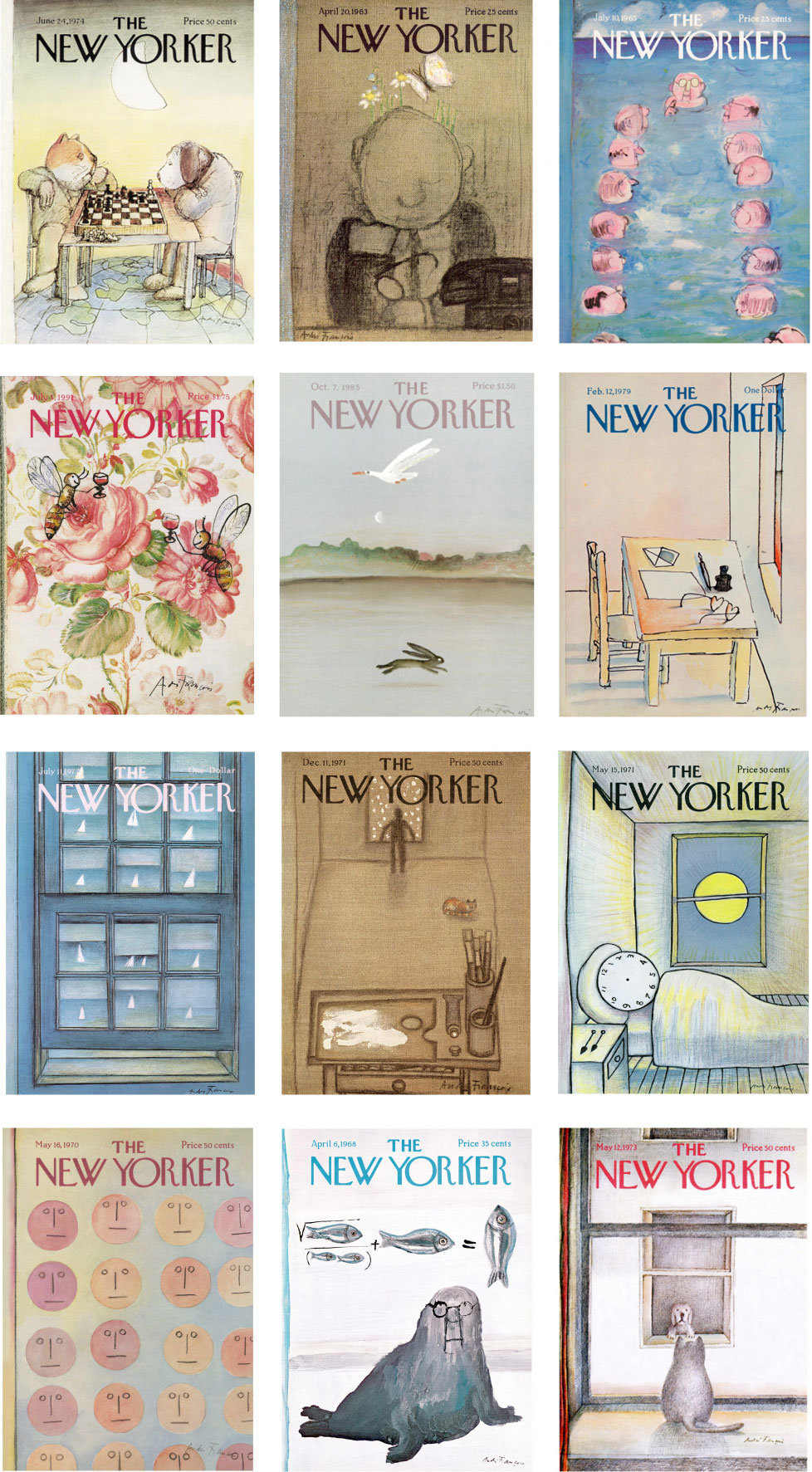 And like his mentor Cassandre, he was also a very successful advertising artist. An image of his for a Kodak campaign harks back to his poster for Etaix’s The Suitor. 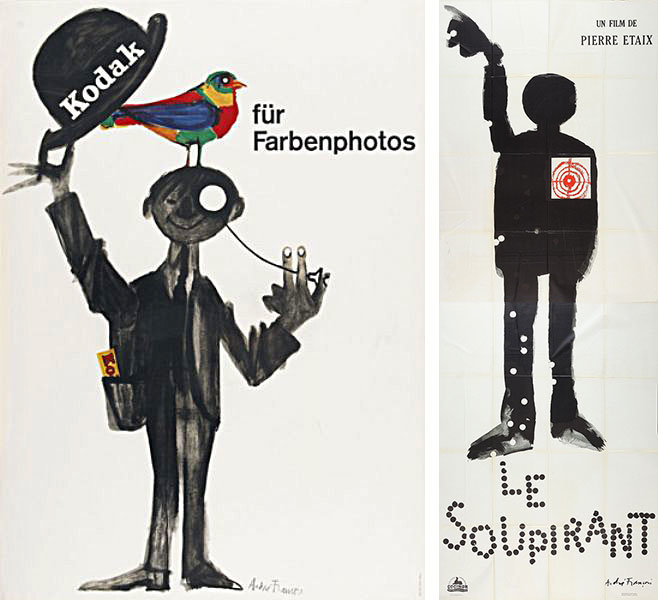 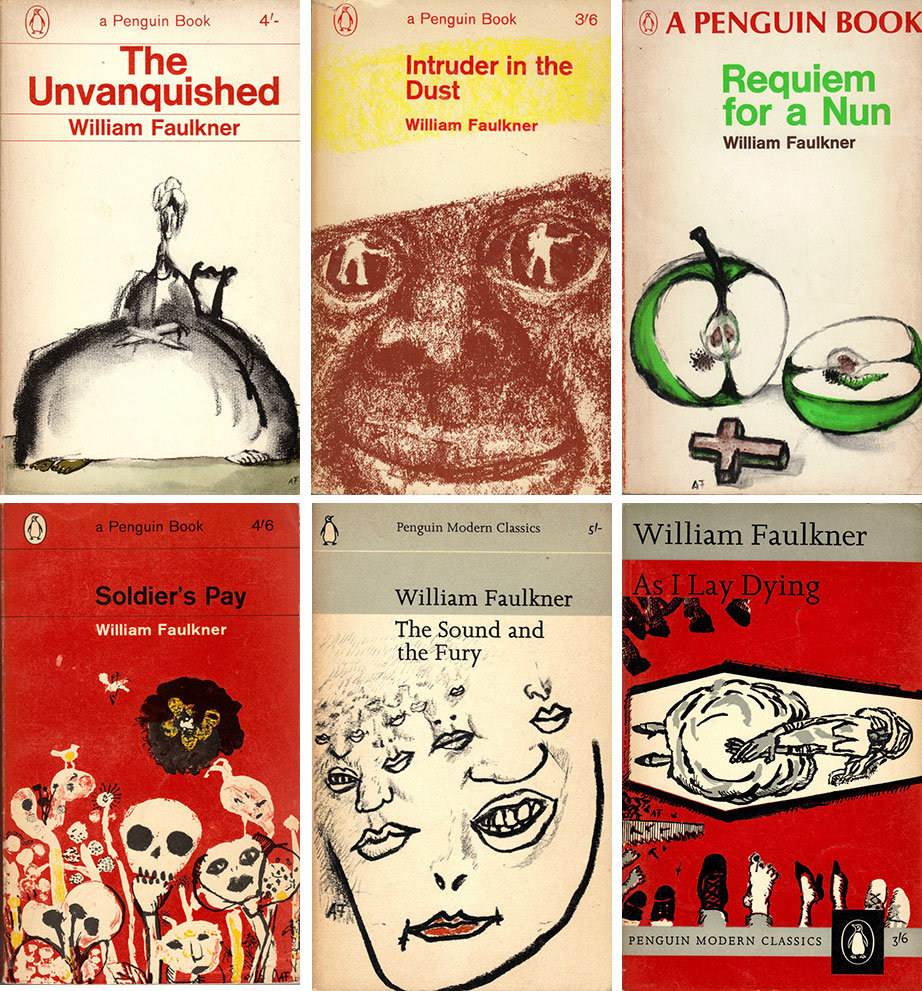 Penguin also put out a collection of François’ cartoons in 1952.

The back cover reads:

The world of André François lies a little south of sense
And a little north of nonsense, in the imperfect present tense.
There be tygers there, and armoured knights, and nudes tattooed on chests...
And when mermaids mate with centaurs – yoicks! – they lay their eggs in nests.

It’s a socio-satirico-mock-serio-sad land;
It’s a circus where the beasts are clowns and laughter beats the band;
It’s a cobweb – yes, a cobweb! – strung with lines that catch the eye.
And the spider’s André François...and will you, please, be the fly. 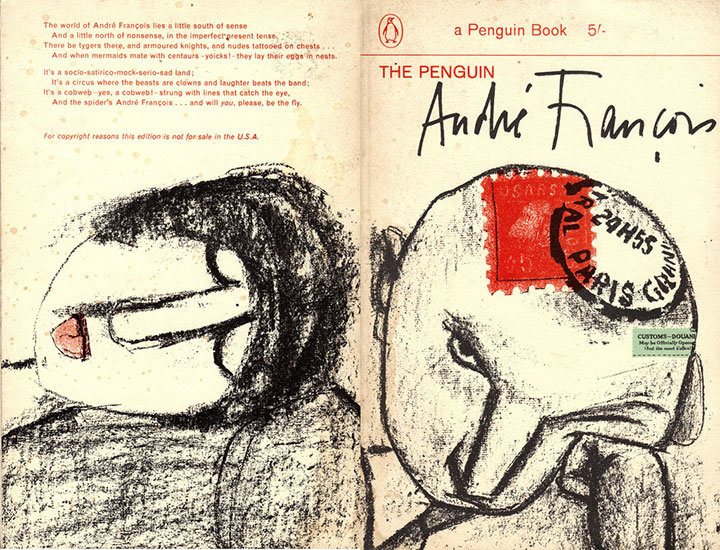 In 2002 a devastating fire in his studio destroyed almost all of his original paintings and drawings, together with his archives, books and correspondence, yet, urged on by friends and admirers around the world,﻿ François spent his last years creating a new body of work for posterity. He died in 2005 at the age of 89.

Postscript: readers of last week’s column might like to know that the Stenberg brothers’ posters for Man with a Movie Camera﻿ and Battleship Potemkin sold at Christie’s yesterday for record prices: $176,002 and $166,336 respectively, at least $40,000 more than their high estimate, making them, I think, the 10th and 11th most expensive movie posters of all time. Coincidentally, the auction also featured a number of posters by A.M. Cassandre.