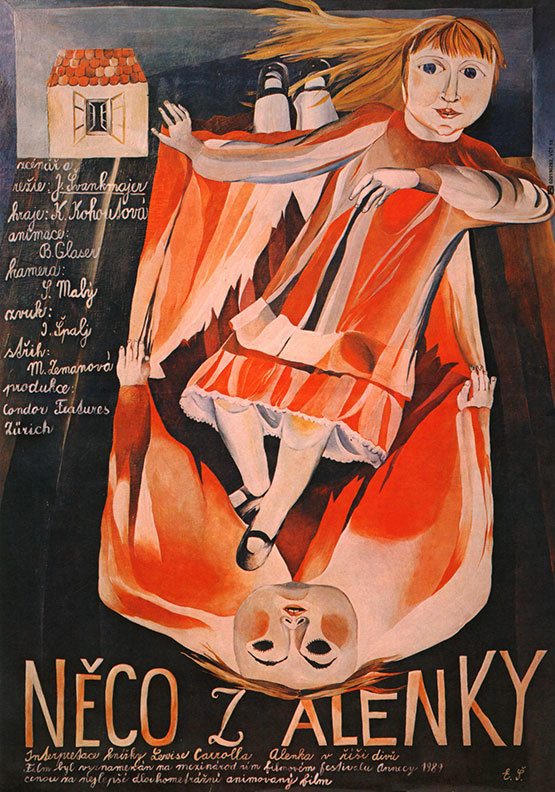 The adage that behind every great man stands a great woman was rarely truer than in the case of the incomparable Czech animator/filmmaker Jan Švankmajer and his wife, the painter, ceramicist and writer Eva Švankmajerová (1940-2005)﻿. Eva Dvoráková ﻿met Švankmajer ﻿when she was 20 (he was 26 and working in experimental theater) and just out of college (she had studied drama at the music academy of Prague), married him the following year and for the  next 45 years they were inseparable artistic collaborators.  The director of a 2001 documentary about the Švankmajer﻿s, entitled Les chimères des Svankmajer, has said “The more I worked with Jan, the more I realised that the influence of Eva was essential. Their whole life is dedicated to their work, which takes on gigantic proportions, without separation.” (You can see Eva at work in this trailer for the film.)

An important Surrealist artist in her own right, Eva was also the artistic director of all of Švankmajer’s films, starting with his very first, The Last Trick (1964)﻿. When Švankmajer﻿ was banned from making films for most of the 1970s they worked together creating ceramics and “tactile art.” Gwendolyn Albert, who translated ﻿Švankmajerová’s 1995 novella Baradla Cave, said in an interview with Radio Prague: “They really did work as a team. You can see her art production in almost all of his films. Her style is a very unique, naïve style and you can recognize it immediately. They for many years did ceramics together, which they signed with the surname Kostelec and the few times that I spent with them were always really wonderful, because they were very sweet people, very gentle - you know, two dogs and this wonderful place up by the Loreto. But it was packed with all this Surrealist art, so you would be sitting down for tea and you would be pouring the tea out of this ceramic teapot they had made that was nothing but human genitals or something.﻿”

Švankmajer﻿ was inspired to make his 2000 film Little Otik by Eva’s illustrations for the story by K.J. Erben (you can see the book here) which were animated as a film-within-the-film.

Though she remained behind the scenes, she was also in many ways the face of her husband’s films, designing all the posters for his features, starting with Alice in 1988. Until recently however I had not been aware that, going all the way back to 1970, she had designed posters for other directors. The earliest I have found is a stunning design for Vera Chytilová’s modern day Adam and Eve allegory Fruit of Paradise (1970).

Švankmajerová’s poster work is utterly distinctive: a mixture of dream-like Chagall-esque visuals hinting at the erotic and the grotesque, a rich, autumnal color palette and exquisite hand-lettering. On many of her posters every line of text is hand-painted (at Zeitgeist Films, where we distributed all four of Švankmajer’s﻿ features between 1994 and 2006, it was impossible to adapt her posters for U.S. use because the Czech titles were so different and yet also so embedded in the design that we couldn’t simply replace them with the English-language title.) Many of her posters are instantly recognizable from her characteristic 3-dimensional title treatments, though special attention should be given to her titles for Fruit of Paradise and Lunacy (2005), made out of painted flowers and feathers, or for her organic root-like titles for Little Otik (2000).

What follows are all of her posters for Š﻿﻿vankamajer’s films followed by the four she designed for other directors previous to these. 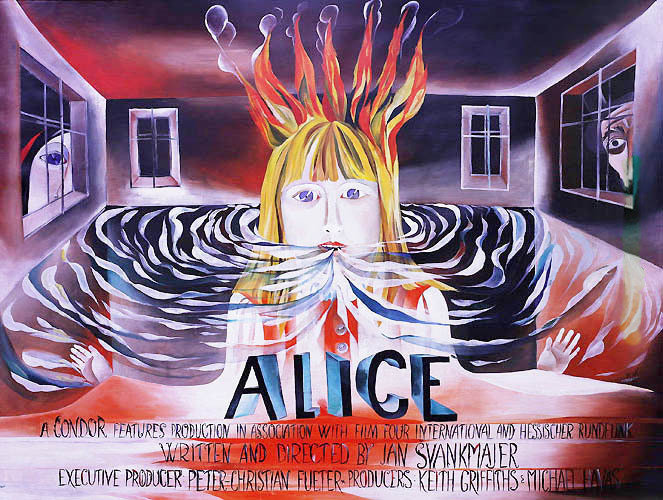 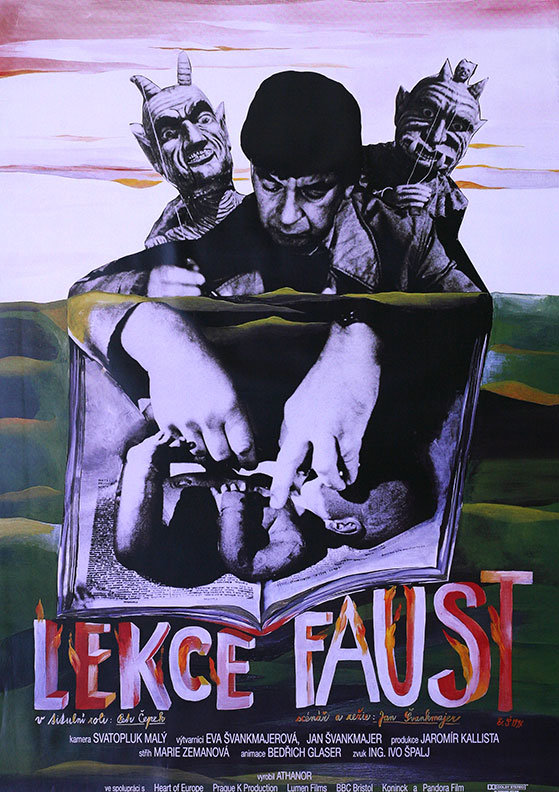 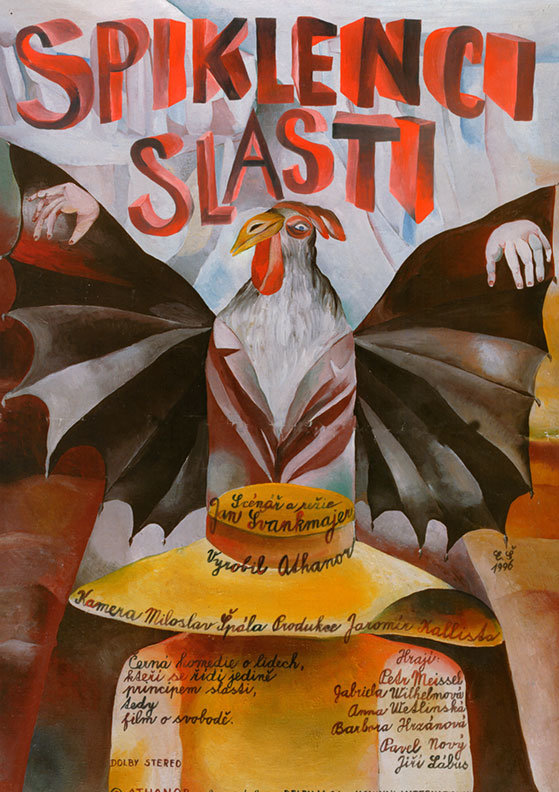 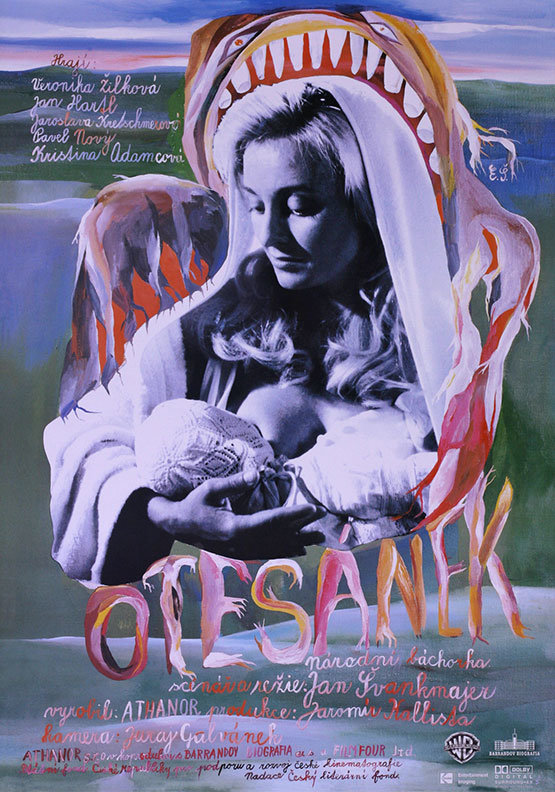 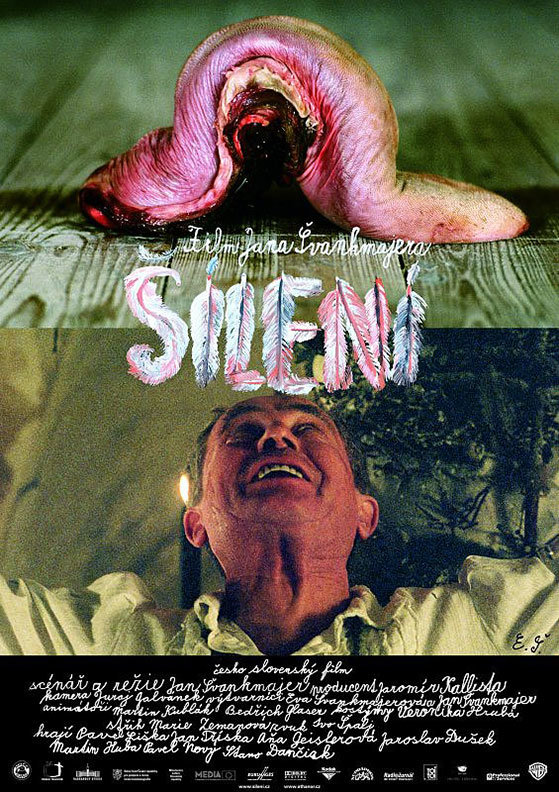 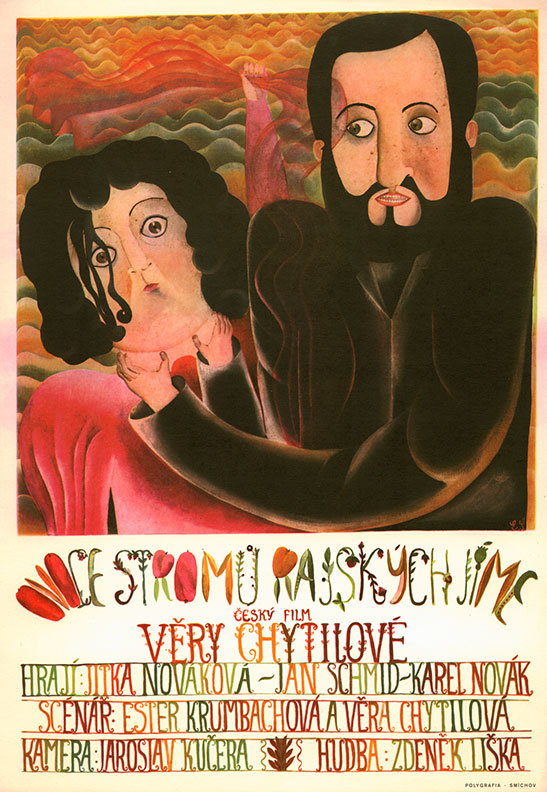 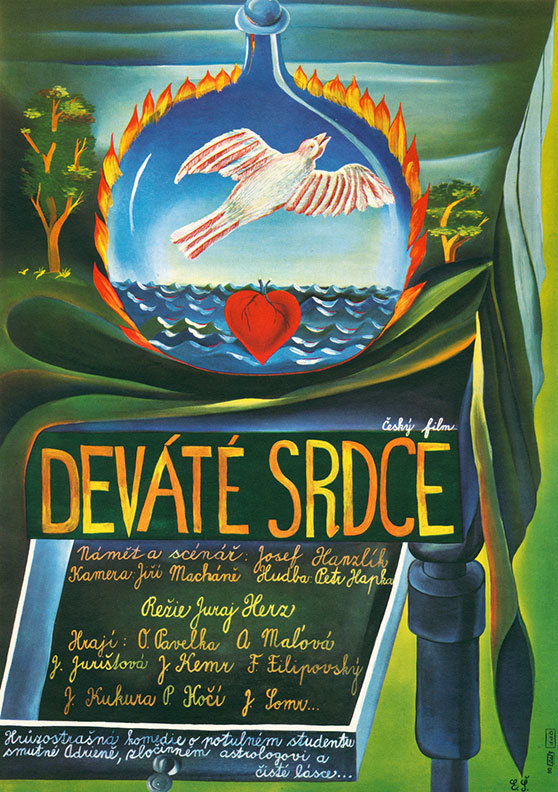 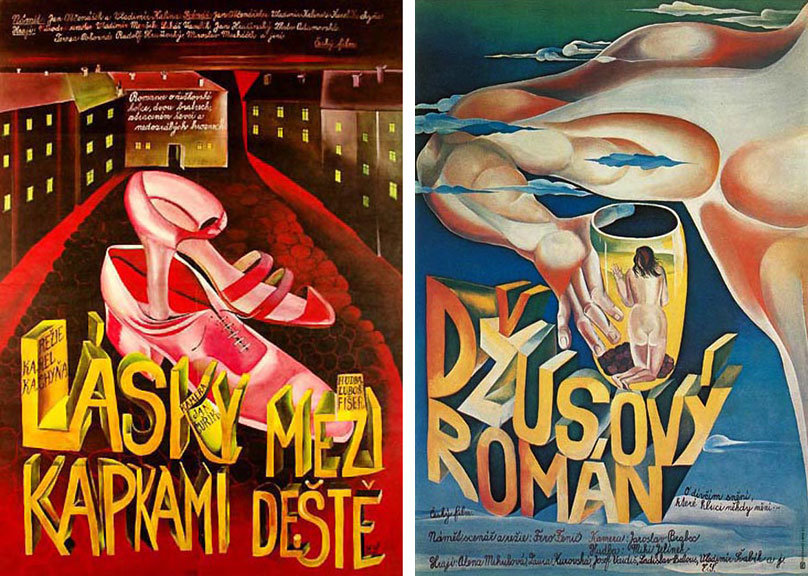 I was lucky enough to collaborate with Švankmajerová﻿ in a small way, though sadly it was after her untimely passing. She died just two weeks before the premiere of Švankmajer﻿’s Lunacy in 2005 and when we released the film the following year I used her playing card designs for the film as the basis of our poster. I’m quite proud of the result, but seeing it in the company of her work makes me wish she could have hand-lettered it herself.﻿ 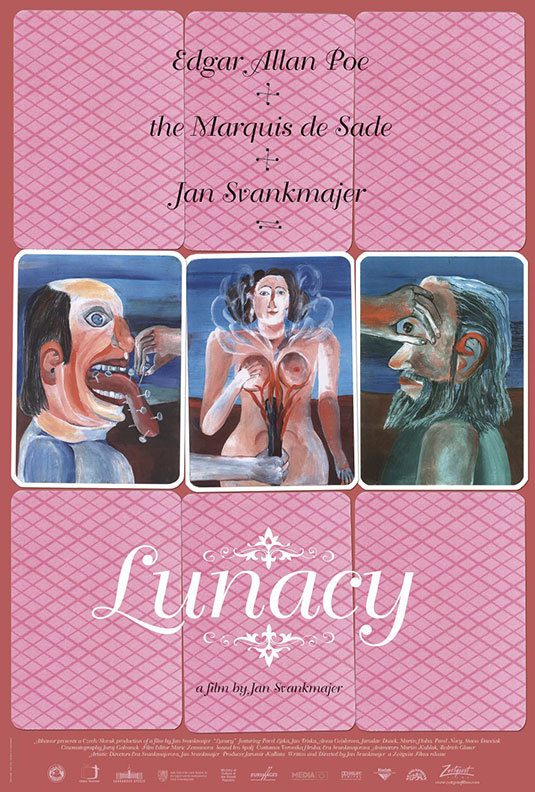 Many thanks to Jiří Kofroň ﻿at the indispensable Prague poster store/web archive Terry Posters for supplying the poster images.