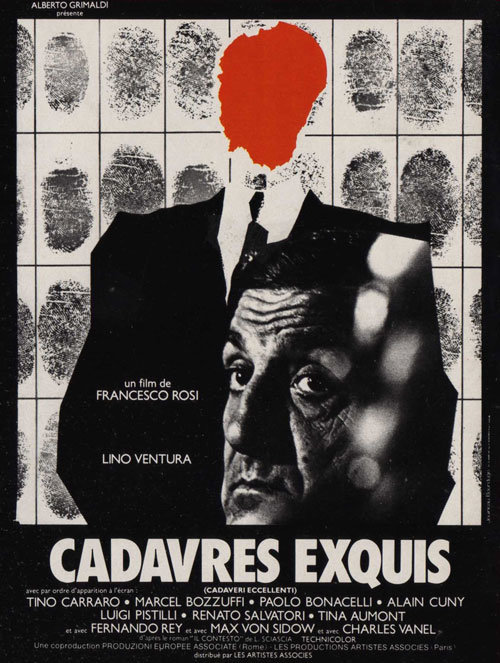 An essential retrospective has just started at BAMcinématek in New York of the films of the great Italian chronicler of crime and punishment (or lack of), Francesco Rosi. One of the least talked about of the great Italian directors, Rosi, now aged 88, has been making films since the late 1950s and is mostly known for his canonical Salvatore Giuliano (1962). Both that film and its superb follow-up Hands Over the City (1963) are available from Criterion, but there is precious little else available here. (One exception is Illustrious Corpses, my favorite Rosi film, illustrated above with its French poster, which I only just discovered is streamable on Netflix under the name The Context and, sadly, dubbed. I highly recommend ignoring that and seeing the film on screen on August 20th, along with the rest of this unmissable series.)

The best Rosi posters come from all over the globe, and though most of Rosi’s films were set in Southern Italy he also made films in Spain, Germany, Colombia and the US. From 1958 to 1976 Rosi made a succession of gripping, fractured thrillers centered on political corruption and organized crime. (His closest counterpart in American film is surely Sidney Lumet.) It’s interesting how many of his mid-period posters are exceptionally wordy, as if his ripped-from-the-headline scenarios needed a lot of explaining (but also because the logorrheic style was much in vogue in the ’70s). The American poster for Three Brothers (1981) hanging in the BAM lobby is one of the worst examples. And the less said the better about the generic Big Head poster for Rosi’s last film The Truce (1997) or Jim Belushi in front of the Twin Towers in To Forget Palermo (1990). Instead here are some of the best. First of all, three international posters for Salvatore Giuliano (1962): 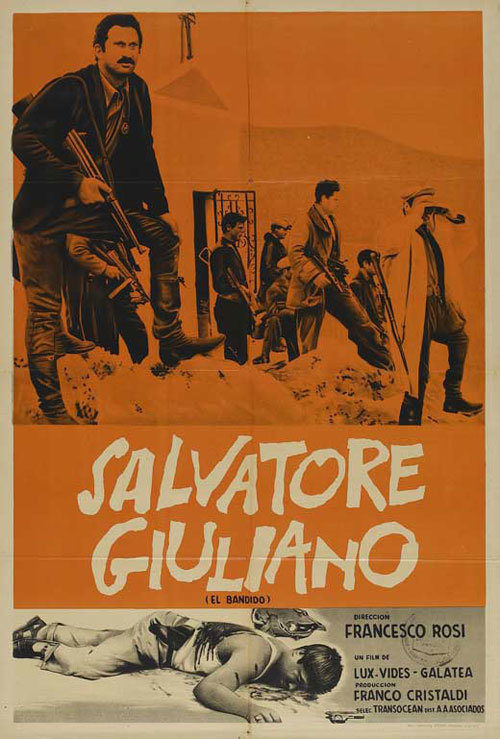 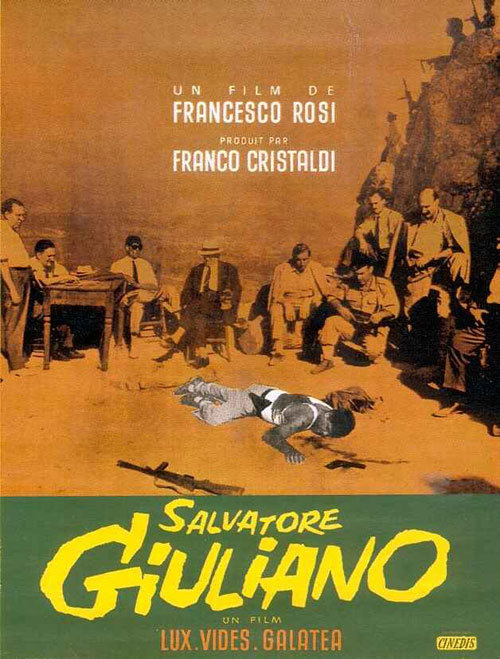 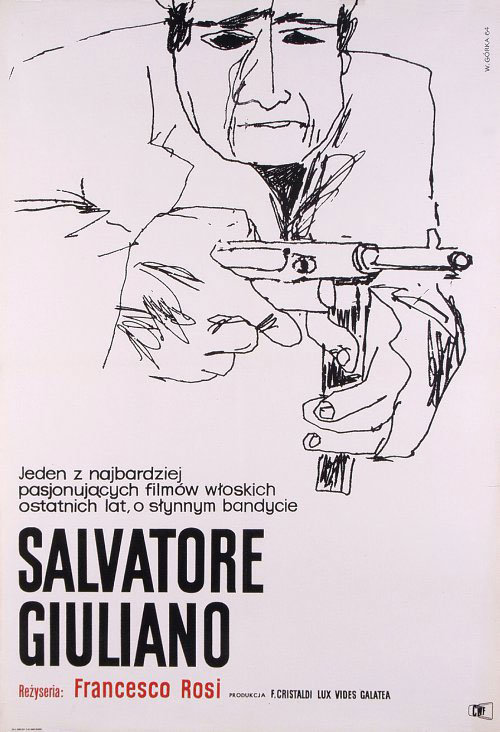 A Polish poster by the great Wiktor Gorka. 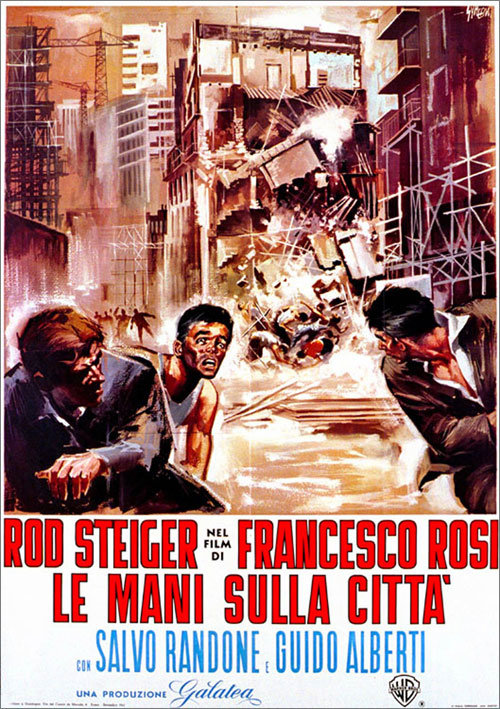 The Italian poster for Hands Over the City (1963). 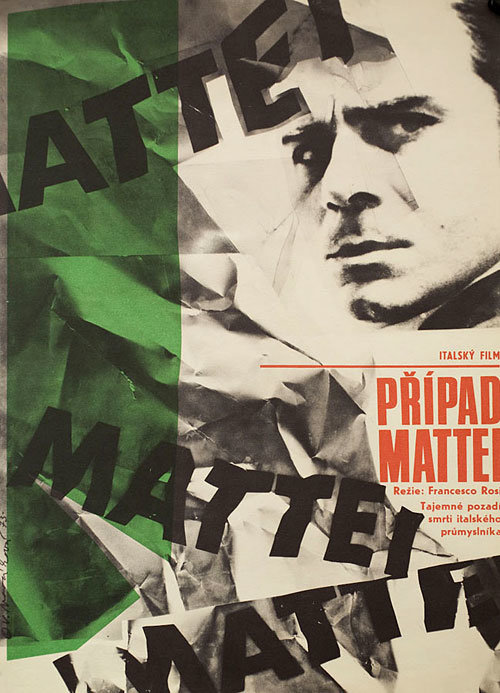 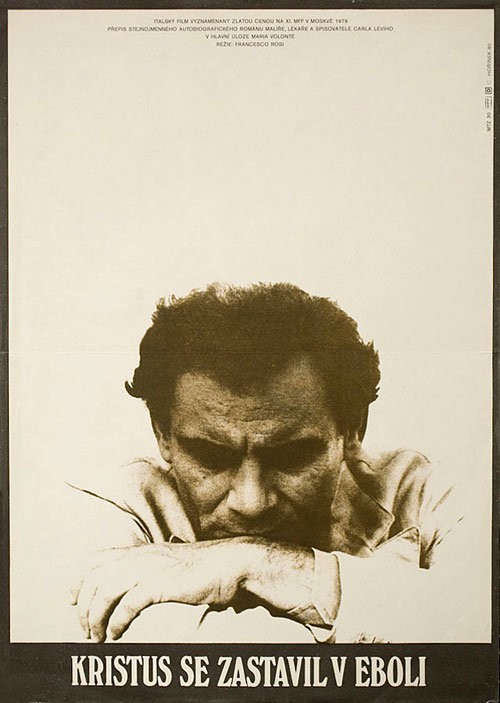 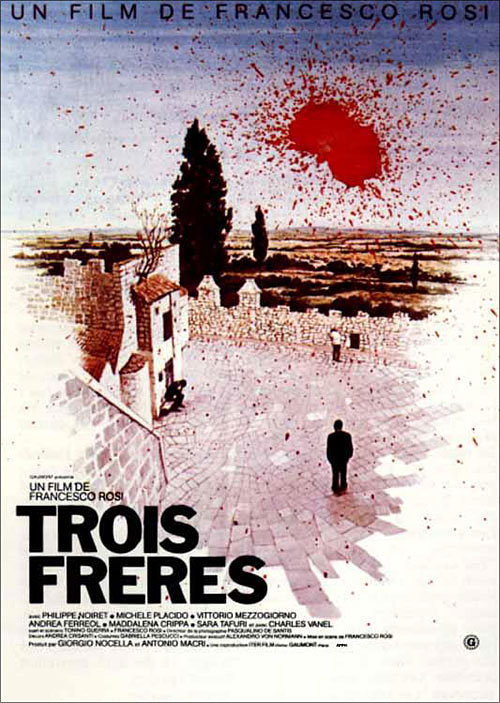 Three Brothers (1981) French grande poster. Note the return of the splash of blood from Cadavres Exquis up top. 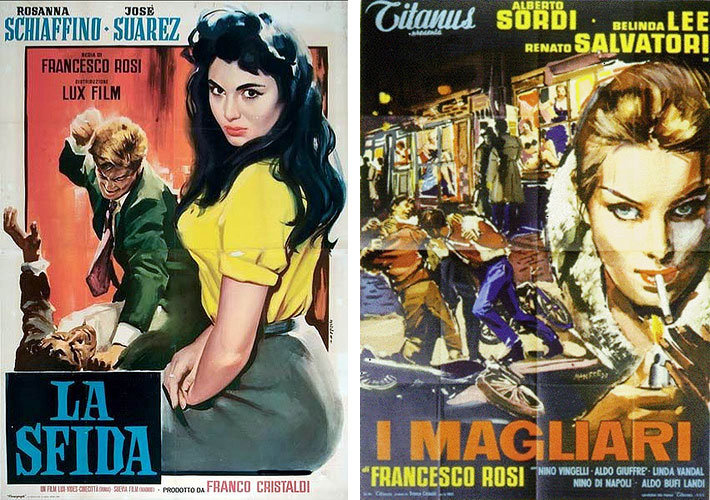 Italian posters upping the sexual allure for Rosi's first two films The Challenge (1958) and The Swindlers (1959). 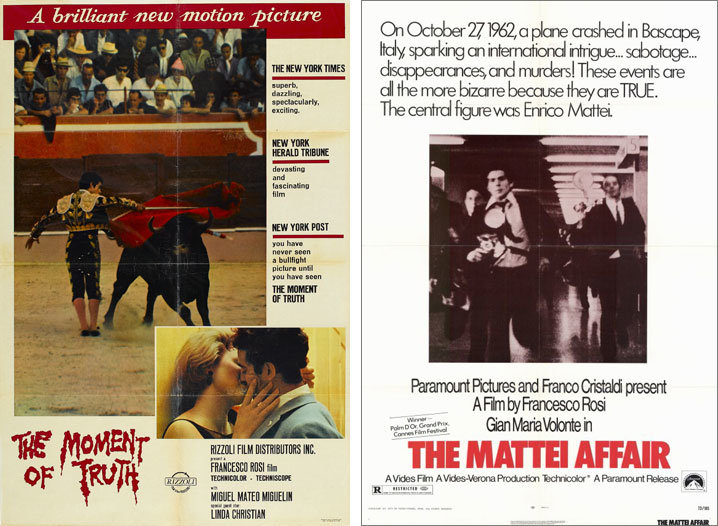 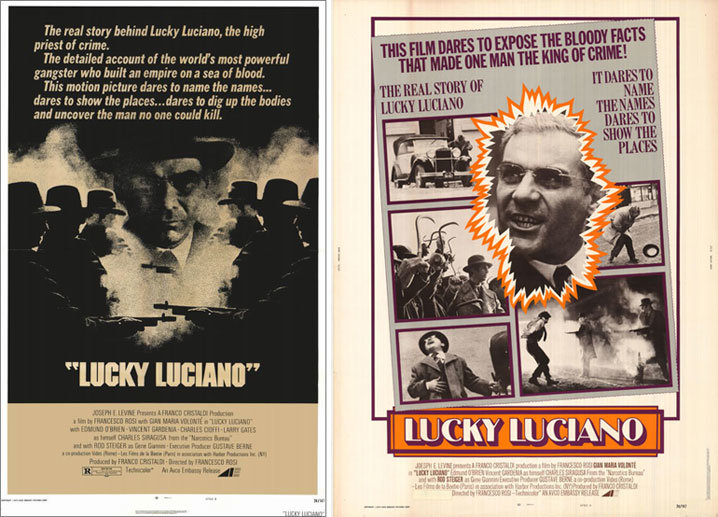 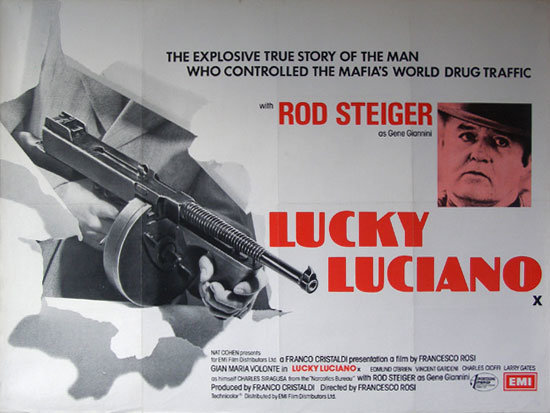 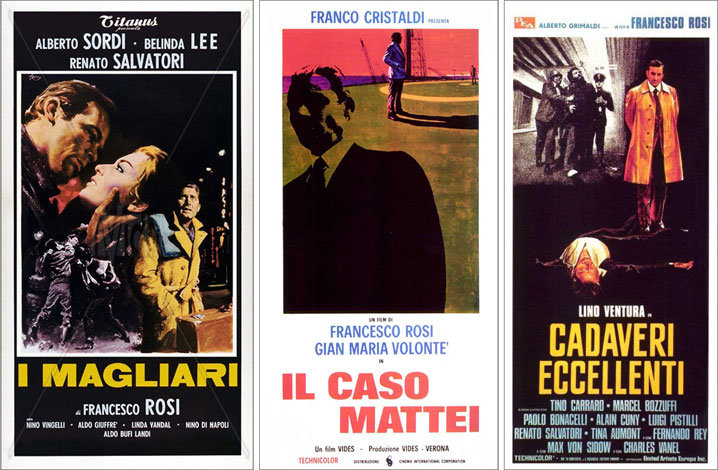 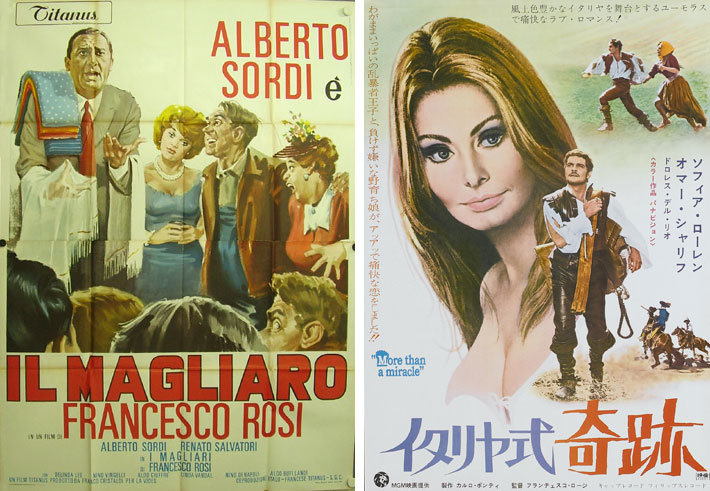 And the rare lighter side of Rosi: a poster for The Swindlers that makes it look like a completely different film from the two designs above, and a Japanese poster for Rosi's Sophia Loren-Omar Sharif romance More Than a Miracle (1967).

And though I couldn't find a good unwatermarked version of it I'd be remiss if I didn't mention the poster that BAM tweeted yesterday: "Is this a turnip or a radish? Whatever it is, this Polish poster for tonight's Rosi film is really cool." Having just seen the film (The Challenge) last night I’d guess that it's supposed to be a zucchini.