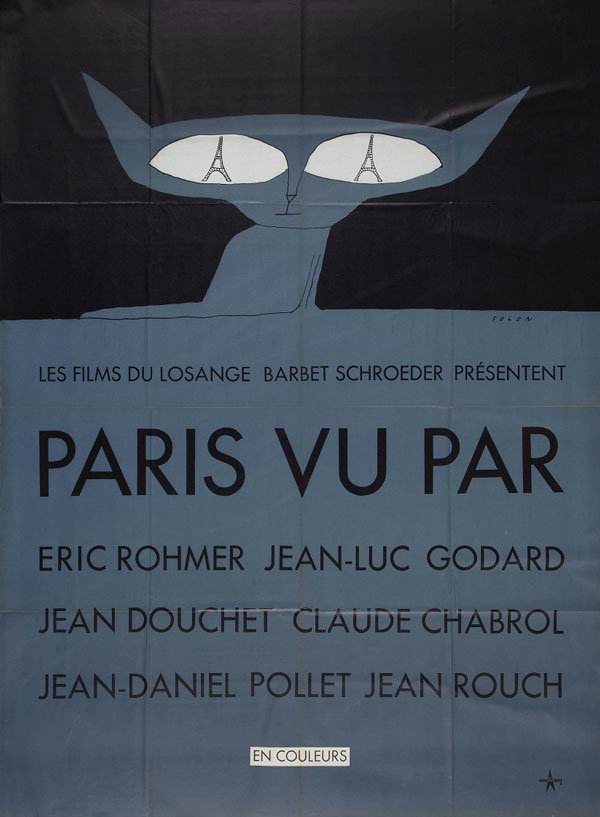 Folon is well known in the US for his political posters (for Greenpeace and Amnesty International), his book illustrations (Kafka, Ray Bradbury), magazine covers (many for the New Yorker) and his collaboration with Milton Glaser. His style was disarmingly simple and instantly recognizable (and occasionally plagiarized): dreamily surreal watercolor deserts and cityscapes peopled with strange creatures and solitary figures in long coats.﻿

He made only a handful of film posters over his lifetime, even though posters were one of his specialties and he had even acted in a couple of films (you see his name in the actor credits of a couple of the posters below). His best known—and probably his best—poster is his design for the French release of Stalker, not a film you would immediately associate with Folon’s lovely dark whimsy, but he captures the inscrutable mystery of Tarkovsky’s masterpiece beautifully. After all, what is Stalker about if not figures in landscape.

Folon’s style was so ineffable that it could be applied to any number of disparate scenarios which is why he was perfectly at ease illustrating not only films by Tarkovsky and Polanski but also Woody Allen.

His posters are presented in chronological order. 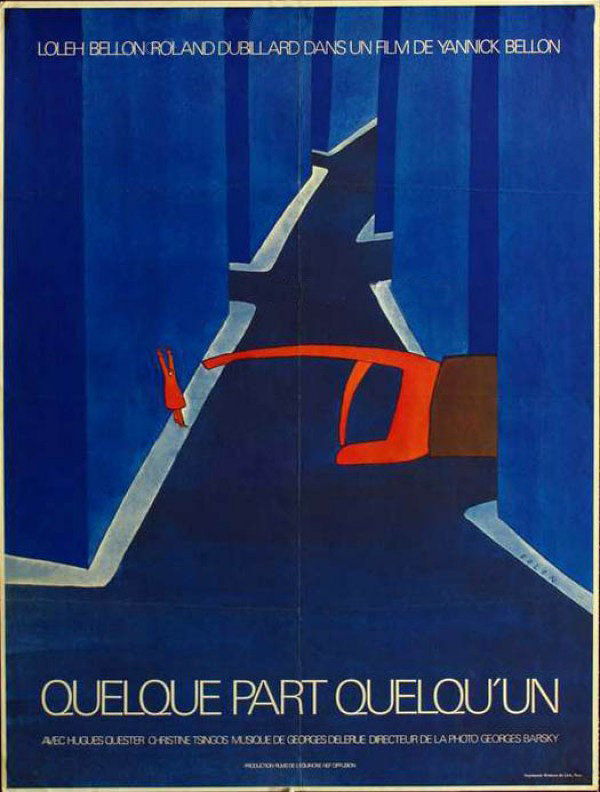 Above: Somewhere, Someone (Yannick Bellon, France, 1972). 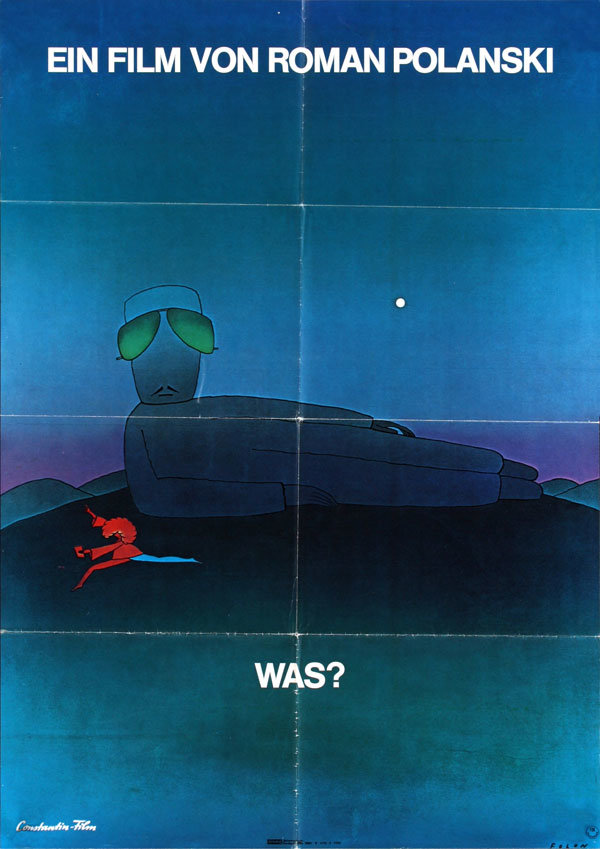 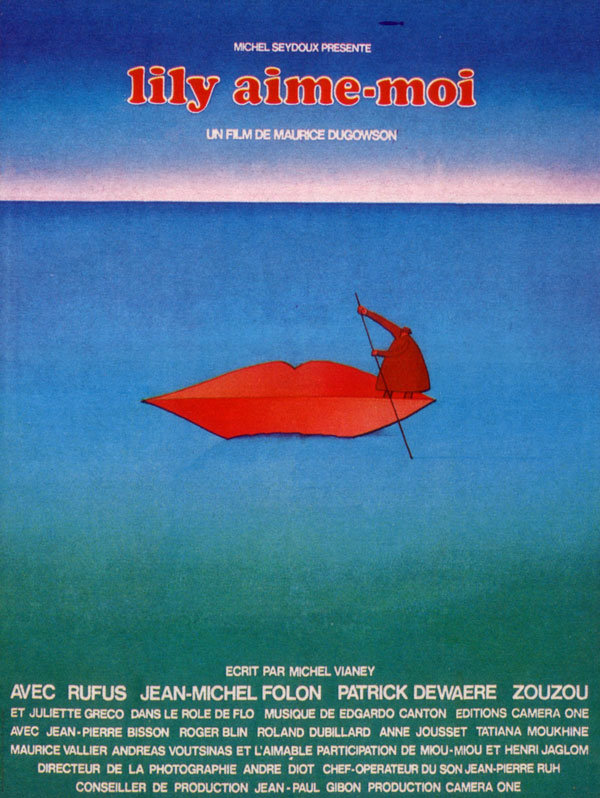 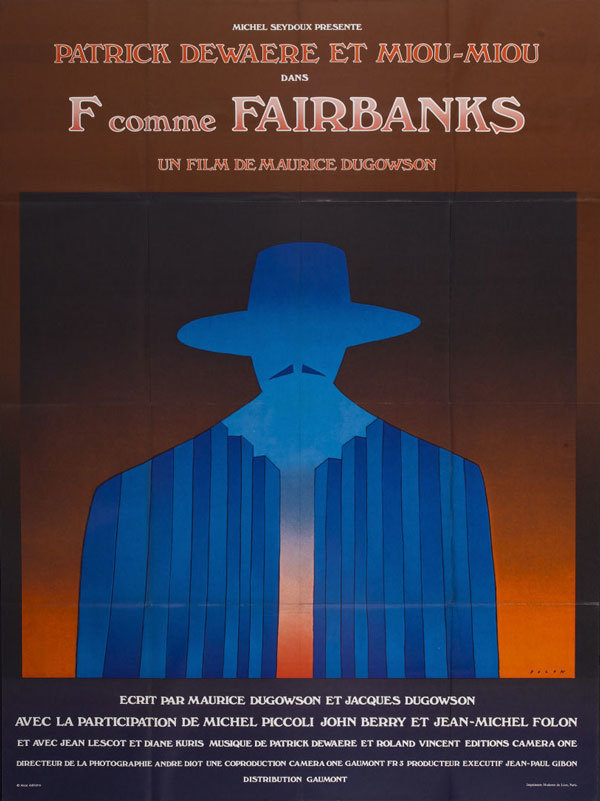 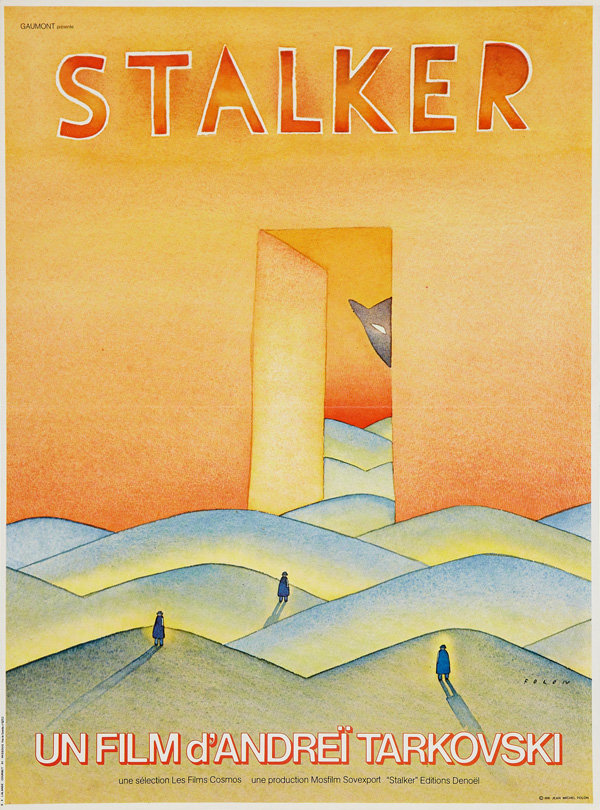 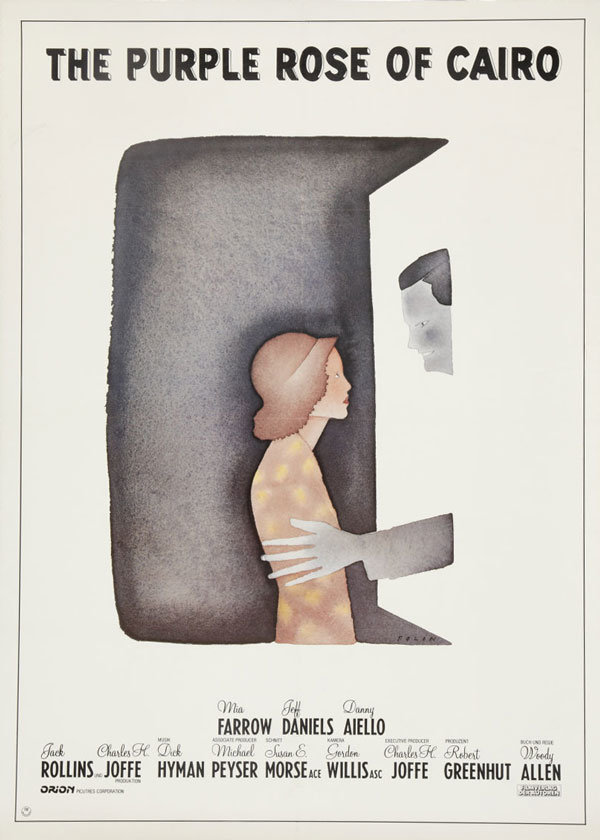 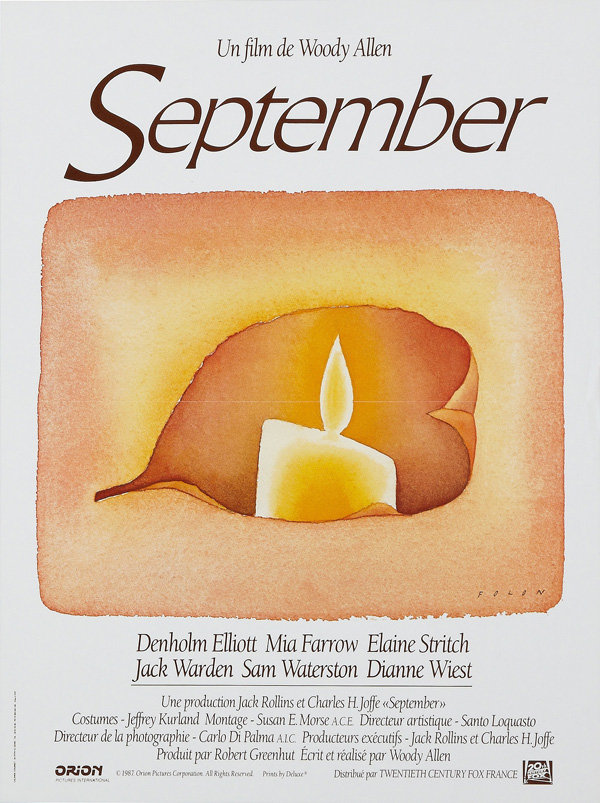 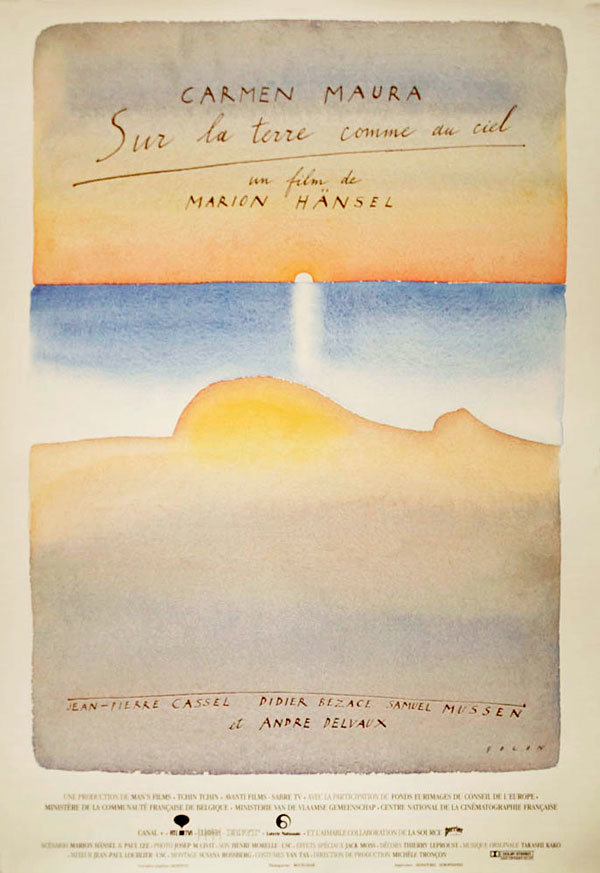 Above: Between Heaven and Earth (Marion Hansel, Belgium, 1992).