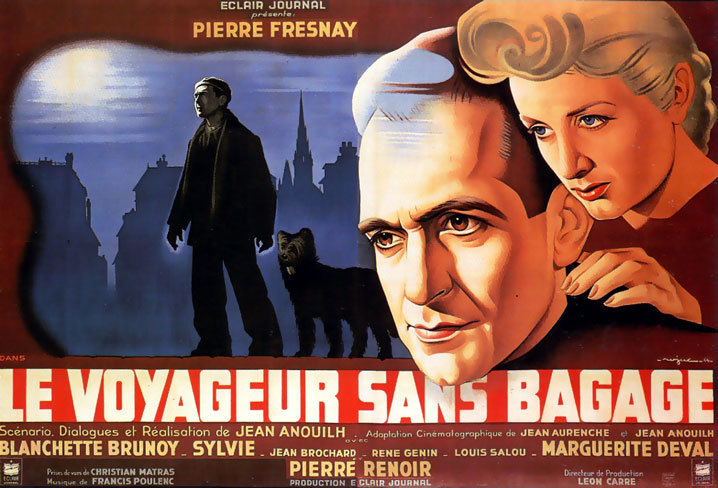 A few weeks ago I featured a couple of posters by the French illustrator Roger Jacquier, also known as Rojac. Since then I’ve tried to find out as much about him as possible, but have gleaned little more than that he was born in 1913, designed his first posters in 1932 (when he was just 19), worked steadily throughout the 30s, 40s and 50s, and died in 1997. Beyond that, and the fact that he always signed his posters with “rojac” and the last two digits of the year, I know nothing and if anyone can enlighten me further I’m all ears. I did, however, manage to find a number of Rojac’s posters online, almost all of which confirmed my first impression of him as one of the great movie poster illustrators. If he’s not as well known as some of his peers, it may be because a lot of his posters are for somewhat forgotten films.

What I love about Rojac’s style is his combination of strong outlines, bold planes of color and the incredible dynamism of his compositions which just bristle with energy. The poster above, one of my favorites, is for the 1944 film Le voyageur sans bagage (The Traveller Without Luggage), one of only two films directed by the great French playwright Jean Anouilh, based on his own play about an amnesiac World War One veteran.

The poster below—for one of Ingmar Bergman’s earliest films, the 1947 Frustration, aka A Ship Bound for India, aka Eternal Mirage—recently turned up at Posteritati. It has a similar composition to The Lodger, with its central image of a feather-headed showgirl inset against its brooding protagonist. 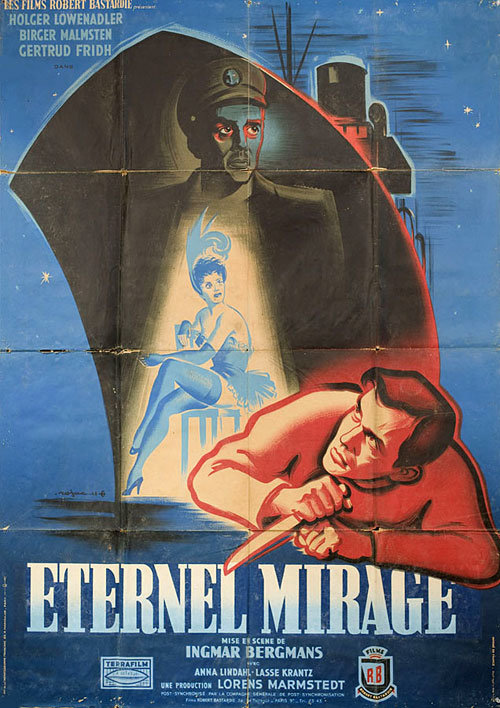 The two posters below are two of Jacquier’s earliest, for the 1935 French-German co-production Le controleur des wagons-lits (The Sleeping Car Conductor) and the 1936 Duvivier comedy La belle equipe (They Were Five). 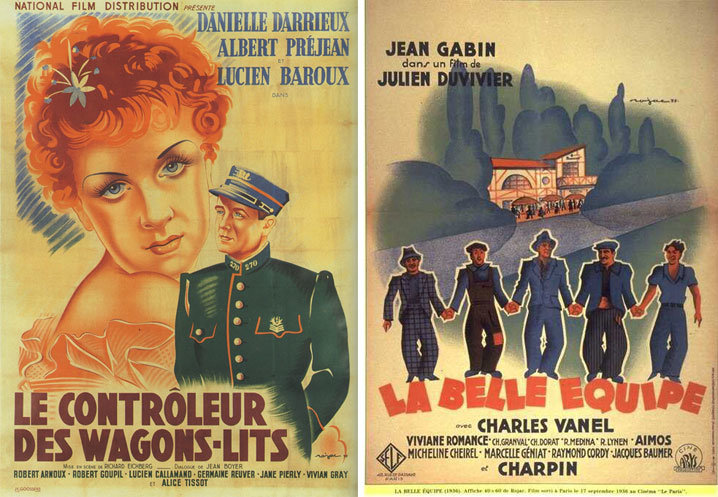 By the 1940s Rojac’s colors had become notably bolder and his images more dramatic, as in 1943’s Coup de feu dans la nuit and La main du diable (The Hand of the Devil). 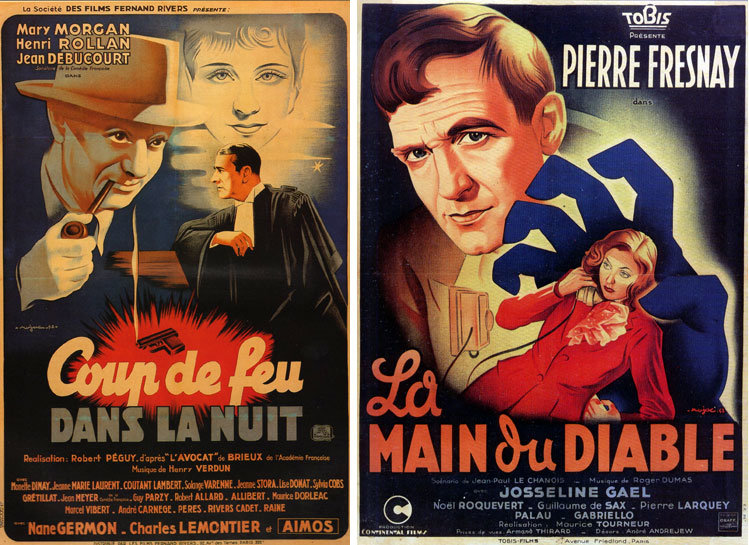 Another thing I love about Rojac’s designs is his hand-lettering. Scroll through the posters below and you’ll see quite a range of typographic styles. I especially love the telephone cord lettering for the 1939 American comedy The Amazing Mr. Williams. The other posters, ranging from romantic comedies to thrillers, are for Claude Autant-Lara’s 1949 Feydeau farce Occupe-toi d’Amélie!; Willy Rozier’s blackmail drama 56 Rue Pigalle, also from 1949; the 1954 George Simenon thriller La neige était sale (The Snow Was Black); the Belgian crime film Le banquet des fraudeurs (The Smugglers’ Banquet) (1952); La p.... respectueuse (1952), based on Sartre’s La putain respectueuse (The Respectful Prostitute); Rene Clair’s Les Belles de Nuit (Beauties of the Night) (1952); and Autant-Lara’s Douce (Love Story) (1943). If anyone comes up with any other great Rojacs, especially in high-resolution images, I’d love to see them.