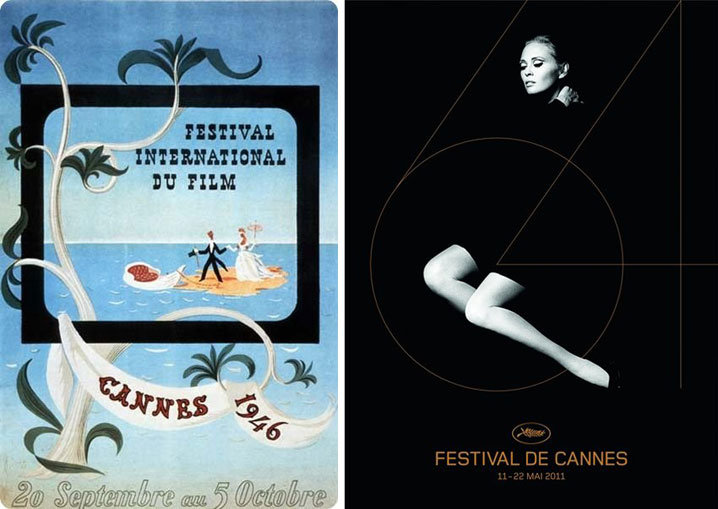 Mathieu Ravier, who writes about movies and movie posters from down under at his blog A Life in Film, recently alerted me, via Twitter, to a wonderful collection, on the website of the French newspaper L’Express, of every festival poster of the last 64 years of the Cannes Film Festival. You can see the full collection here, but I wanted to pick out a few of my favorites.

First of all, I have to say that the poster for this year’s festival may be my favorite of them all. The festival has used beautiful black and white photographs of actresses before (Monica Vitti in 2009, Marlene Dietrich in 1992) but those posters have often been let down by their uninspired typography and layout. But this year’s poster, which uses a Jerry Schatzberg photograph of Faye Dunaway at her most gorgeous (a restored print of their wonderful 1970 film Puzzle of a Downfall Child is playing in Cannes) has almost perfect type. The ultra thin “64” especially—with its parallel diagonals framing her face, and the sharp corner of the 4 echoing her bent legs, which themselves are centered in and extending from the circled bowl of the 6—is as elegant as Dunaway herself.

That this year’s poster is so perfect is a nice surprise considering I find little to grab me in the last 30 years or so of Cannes posters. They range from the vaguely disappointing (Jenny Holzer’s Viva Il Cinema design from 2003, which feels a little phoned in) to the vaguely embarrassing (Bruce Willis, Pedro Almodovar et al in mid-air à la Halsman in 2007) to the appallingly kitsch (Ryszard Horowitz’s photoshopped beach scene from 1995), and those are three of the most interesting ones.

My favorite posters all come from the first half of the festival’s history. The early Cannes posters, like the very first one from 1946 above (back when Cannes was held in the fall) and the two below, are all quite lovely, as befitting a little seaside film festival in the South of France. 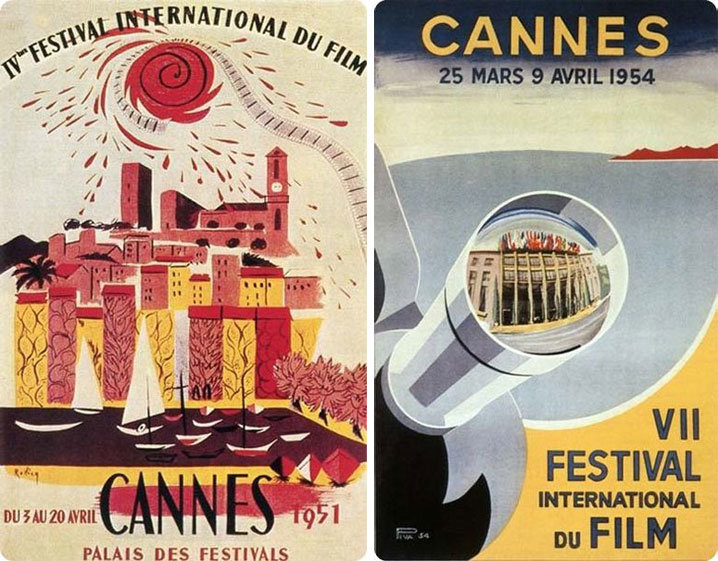 In 1961 and 1962 A.M. Rodicq designed a matching pair of semi-abstract posters based on shooting stars, though it seems that Rodicq also designed another poster for the first ever Cannes, one not shown on the L’Express site. 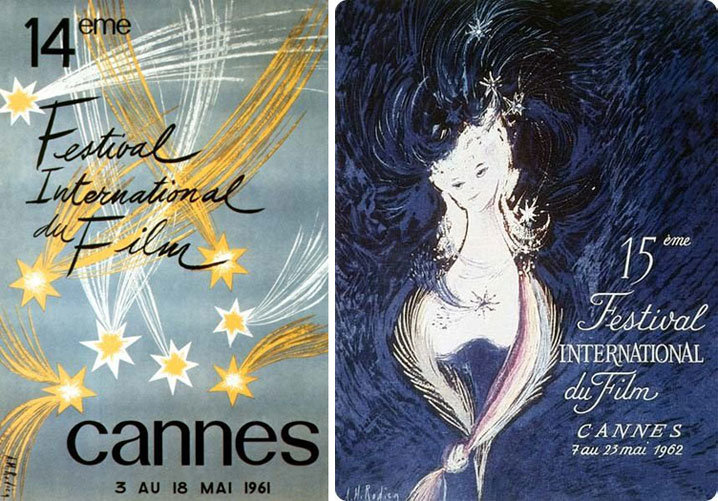 In the late ’60s and early ’70s the great Nouvelle Vague afficheur René Ferracci designed a number of type-centric posters for Cannes, two of which can be seen here: 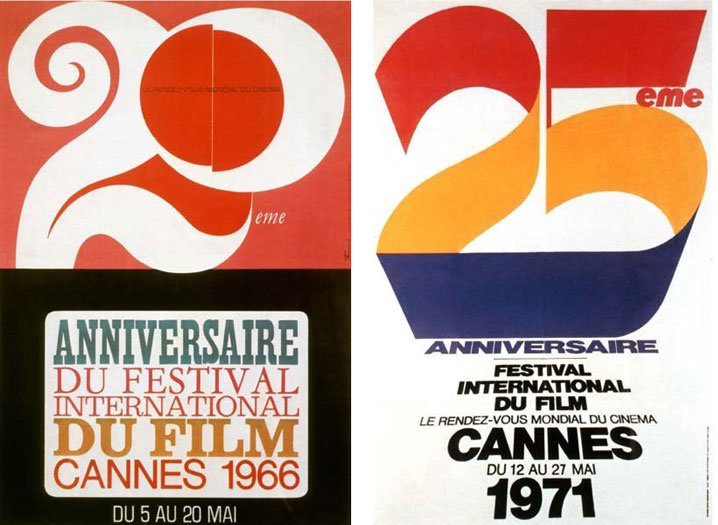 And lastly, from just past the halfway point of Cannes’ history, are two posters from 1978 and ’79 by the Belgian artist Jean-Michel Folon (best known in movie poster circles for his amazing Stalker). I don’t normally like film festival posters which resort to using film strips (and there are plenty in Cannes’ history), but the matching minimalist sans serif lettering and the simple visuals are a welcome oasis of restraint amid the graphic excesses of the era. 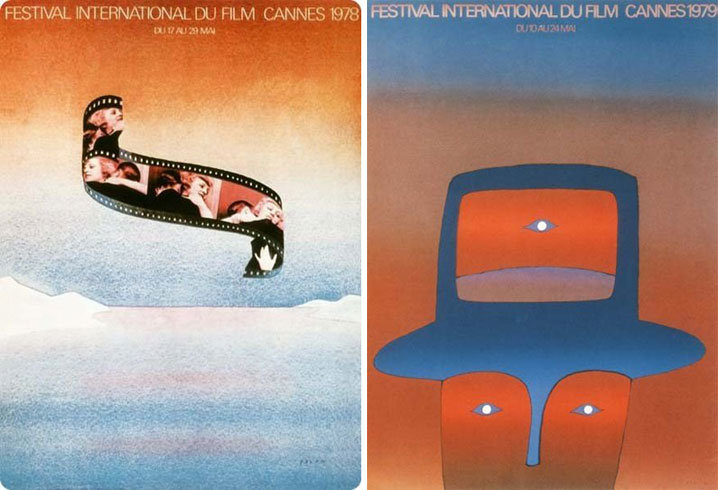 If anyone especially loves any of the other posters I’d love to hear which and why. The 64th Cannes Film Festival starts next Wednesday and I am happy to say that I will be going for the first time, hoping to report back on the posters and billboards on the Croisette. À bientôt!