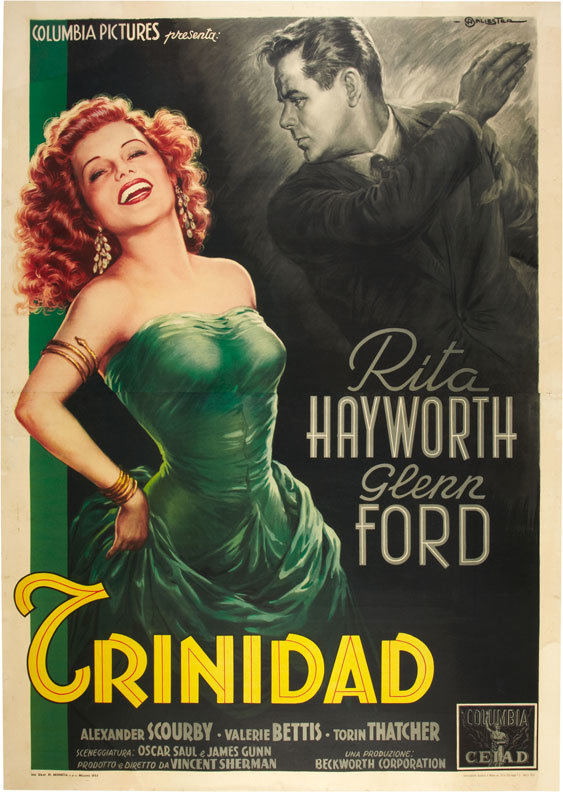 The great Italian poster artist Anselmo Ballester, who worked for more than half a century, has more breathtaking designs than I can encompass in one single post. So I thought I’d concentrate for now on one of his favorite subjects: Rita Hayworth, the Hollywood goddess in the face of whom Ballester seemed especially inspired.

I only came across Ballester’s work recently, struck by his unusually torrid compositions and his superb handling of color, as well as something strange about the eyes of many of his protagonists (something about the whites of their eyes, not much in evidence in these posters, but often giving the impression that his subjects are the undead). When I asked Dave Kehr, author of the Museum of Modern Art’s invaluable 2003 book Italian Film Posters and an avid collector himself, about Ballester I knew I was onto a good thing when he called him “for my money, the greatest movie poster artist of all time.”

Anselmo Ballester was born in 1897. His father was a painter and graphic designer himself, and Ballester studied fine art in Rome before becoming a cartellonista, or movie poster artist. He reportedly drew his first poster at the age of 14 and soon committed his art completely to the service of the movies. In 1945 he and his two great contemporaries Alfredo Capitani and Luigi Martinati formed a company called ﻿﻿﻿BCM which dominated movie poster production for the next twenty years.

Under contract to Columbia, the studio for whom Rita Hayworth was the biggest star in the 1940s, Ballester got to design many of Hayworth’s posters. As Kehr writes, “Ballester’s Hayworth is an icon of joy and sensuality—head thrown back, red hair streaming, captured in a swirl of motion.” That is particularly true of the poster for Affair in Trinidad (1952), above, in which a vibrant, devil-may-care Hayworth, bursting out of the poster’s frame, laughs in the face of Glenn Ford’s monochrome brutality.

These enormous quattro foglio or four sheet (55 x 78 inches) stone litho posters must be especially impressive in the flesh and are naturally much sought after by collectors (they were so large that people couldn’t display them or frame them and so few survive). The Salome poster below was auctioned in 2008 for $19,000 and the Lady from Shanghai fetched more than twice that much.

Dave Kehr recently posted a superb Ballester poster on his blog for Lew Landers’ Man in the Dark, touting the wonders of 3D, 1953 style. I hope to write more about Ballester next year. Meanwhile I leave you with lovely Rita. Next Friday: The Best Posters of 2011. 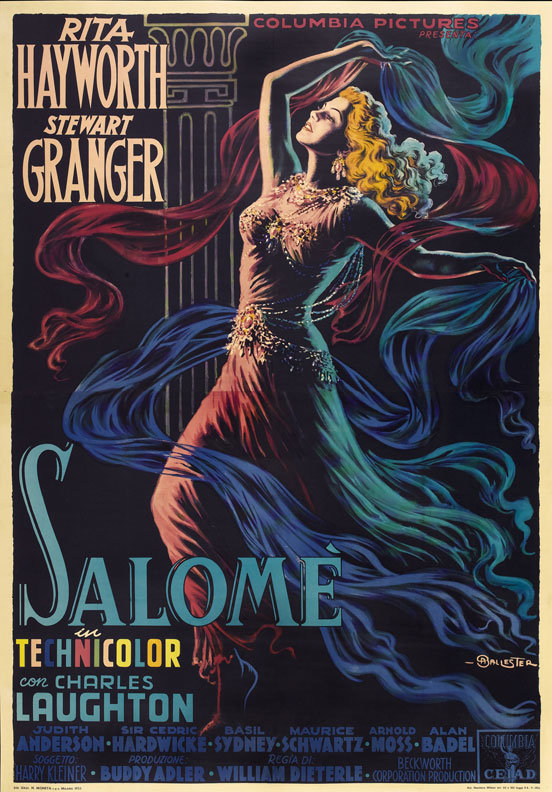 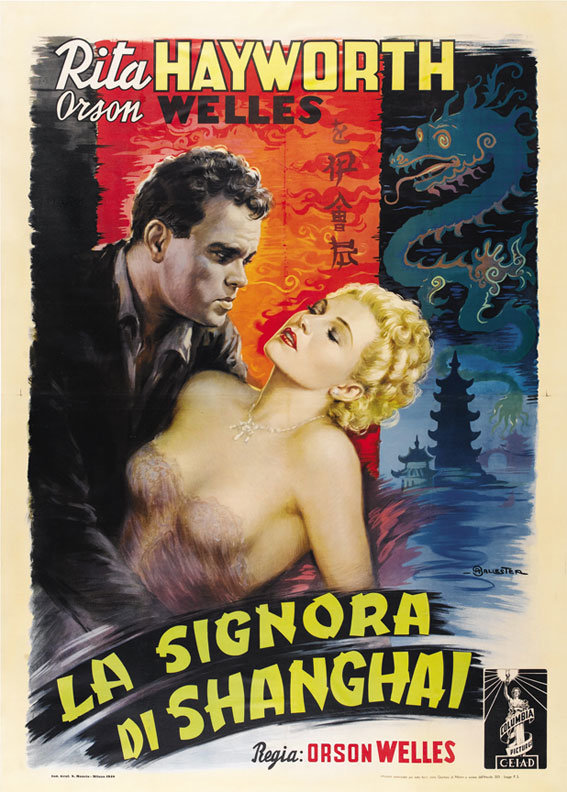 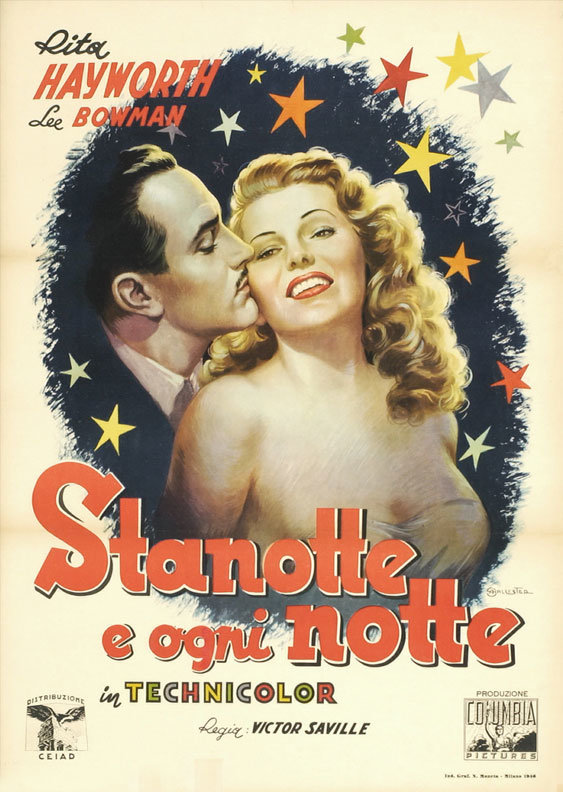 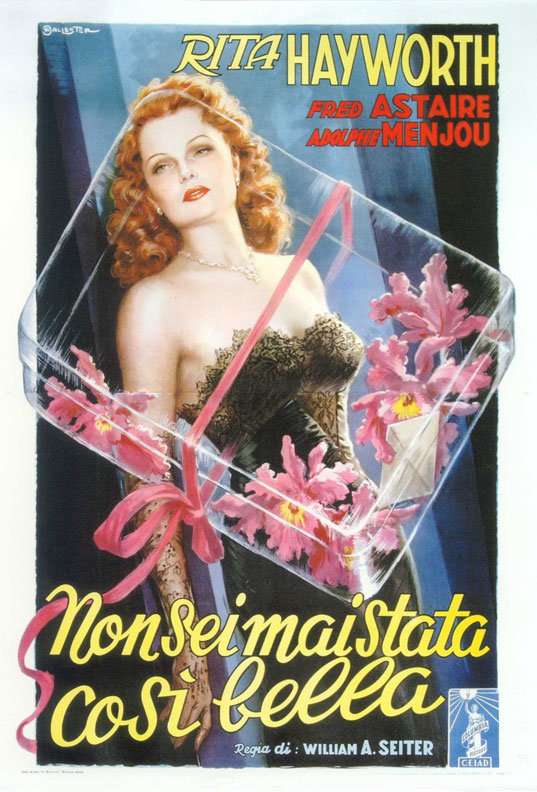