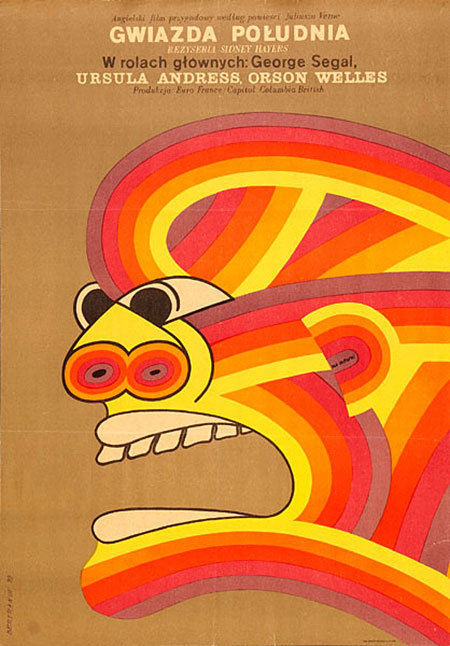 I don’t know exactly ﻿what it was that I was looking for when I stumbled across IanHendry.com, a website for the British character actor who died too young in 1984, but in the site’s gallery I was knocked for six by this poster. I had no idea what the film was (George Segal, Orson Welles and Ursula Andress together at last?) and had never heard of the director Sidney Hayers, but a quick IMDb check revealed the film to be the 1969 British film The Southern Star, a “comedy adventure based on a Jules Verne novel about the ups and downs of jewel thieves in the wilds of Africa circa 1900,” and a film with a very different English-language poster as you can see here here. A search on the title on the Polish poster database CinemaPoster.com, revealed the designer to be one Andrzej Bertrandt, born 1938.

And then skimming through Bertrandt’s other posters on the database I came across another stunner in much the same style and yet also wonderfully different: this time for a film by one of my very favorite directors, Ermanno Olmi’s One Fine Day. I particularly love the simple thin lettering against this complex arrangement of swirling parallel lines. What initially appears so abstract seems on second glance to become a body hunched forward: see the nose, lips and chin on the bottom right. But is that a bird with an eye and a beak top right? One Fine Day is the story of an advertising executive who accidentally runs a man over with his car and the image would seem to evoke a man with the weight of the world on his shoulders. Or is it just an abstract pattern after all? 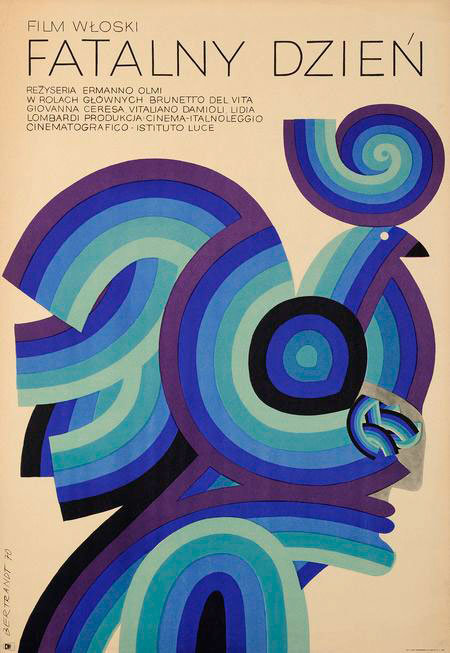 Somehow I had never seen either of these gems before, and I thought I had never heard of Bertrandt either, until a little further down his posterography I discovered that he was the author of this poster, which I know very well and even featured (and credited him for) in my Tarkovsky post last year. 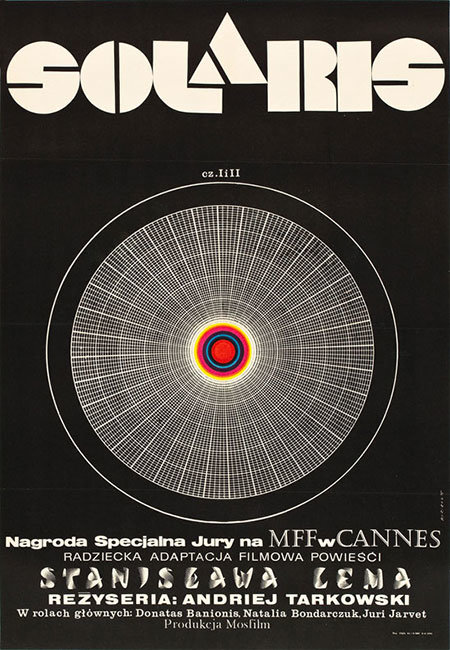 Perhaps the missing link between the form of the first two posters and the near-monochrome of his Solaris was this equally arresting and abstract poster for Pasolini’s Medea. 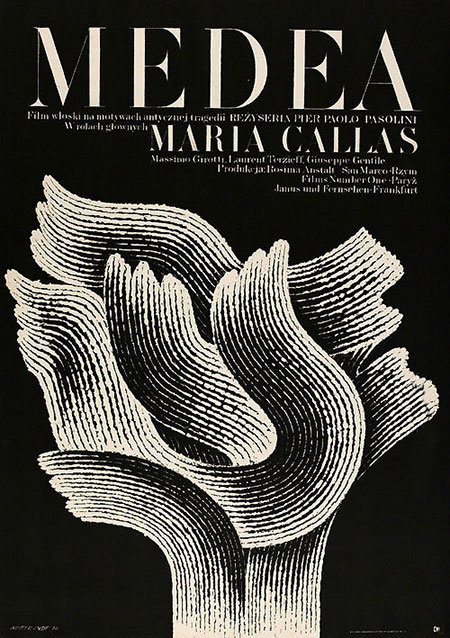 Bertrandt, like many Polish poster designers is now a fine artist. His poster career seems to have only lasted a few years ﻿though he was a graphic designer for much longer. You can see more of his work on his website. Not all of it is as satisfyingly simple and structurally powerful as these four, but these alone are a powerful legacy. Here are two more which I like a lot, for Ishirô Honda’s Latitude Zero and Richard Sarafian’s Vanishing Point. 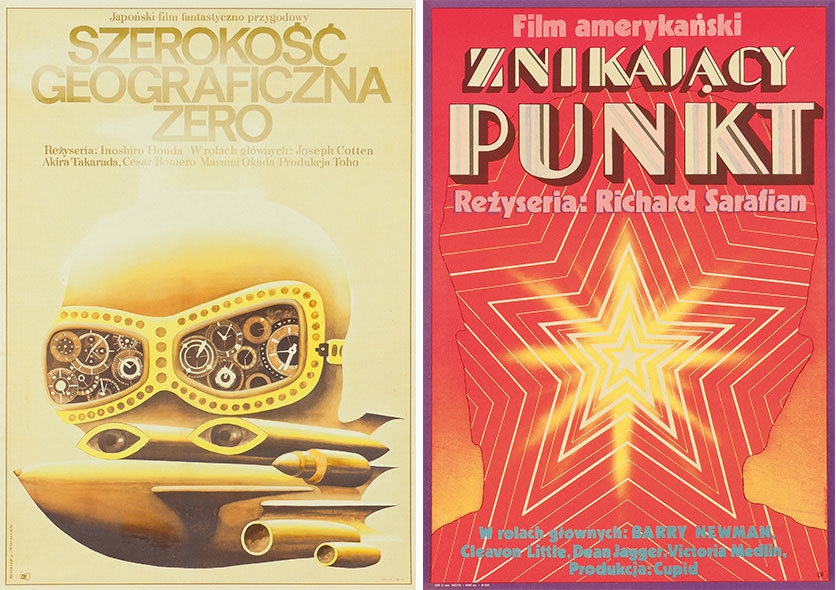 And one last aside: in searching for a high quality jpeg of The Southern Star I came across versions in so many different shades it was hard to know what the original was meant to look like and whether any of them had been adjusted in Photoshop or were just the result of aging. It would be nice to think that the Polish poster for this barely remembered British film had been released in three different versions, but I doubt it.