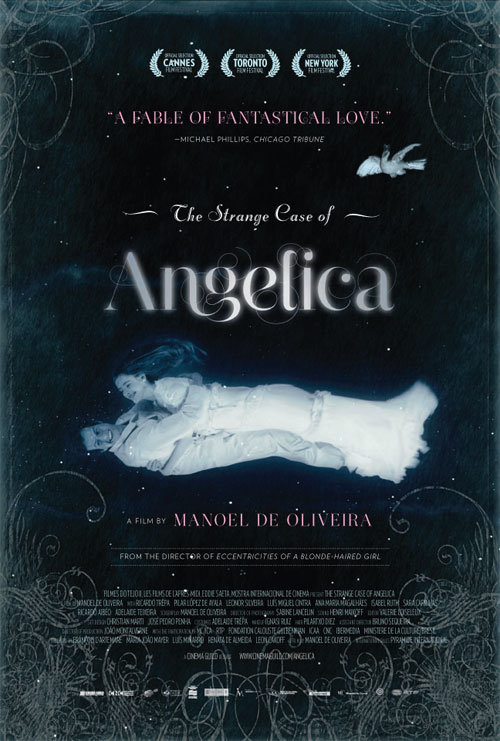 It is one of the miracles of cinema that Manoel de Oliveira, who made his first film nearly 80 years ago, in 1931, is still working, and making some of the best films of his career at that. And next Saturday he will turn 102.

The Strange Case of Angelica, which premiered in Cannes this Spring, and played at the last New York Film Festival, is a lovely fable about faith, phantoms and photography. Cinema Guild’s beautiful, lyrical poster for the film, while it makes it look more like a Guy Maddin production than it actually is (though it definitely has elements of Méliès), is nevertheless one of the best posters made for an Oliveira film to date. The title treatment is especially gorgeous. I urge everyone to see the film when it opens at the IFC Center after Christmas. You can watch the trailer here.

The one other Oliveira film that I like the poster for is the somewhat more prosaic yet arresting one-sheet for his previous film, the equally superb Eccentricities of a Blonde-Haired Girl. If the Portuguese master is in any way flagging in his old age it only shows in his running times. Known for three or even six-hour epics in his younger days (meaning his seventies) his last two films have been relatively short at 64 and 94 minutes. But, or perhaps because of that, I don’t think I've enjoyed many of his films as much as I have these two. 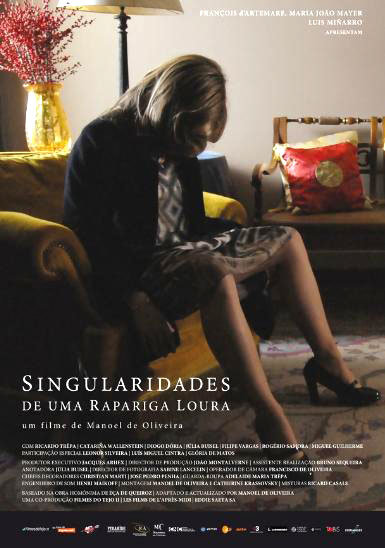