This stunning Austrian deco poster, which I came across on a Berlin antiquarian site, stands a magnificent 9 foot tall (110" x 49" to be precise) and comes in three sections. The poster is for a 1932 French film, whose German title, Der Tugendkönig, translates as “The Virtue King.” In the US the film was titled He (or He - the Virgin Man), but the original title is Le Rosier de Madame Husson. Based on an 1887 Maupassant novella of the same name, the story concerns the titular Mme. Husson who seeks to promote chastity ﻿in her village by crowning a rosière, or a Rose Queen: a girl of unimpeachable virtue. But when none of the young women in town are equal to the title she selects the village idiot (played in the film by Fernandel) as her rosier. 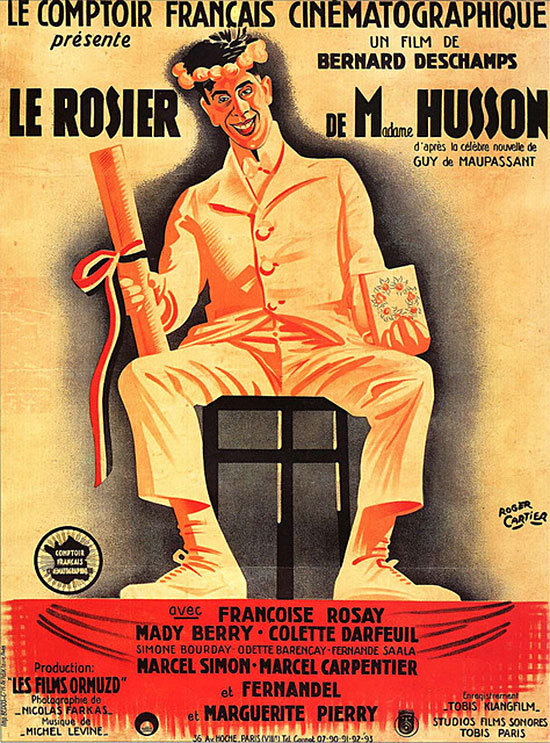 The film was remade in 1950 with a script by Marcel Pagnol and starring Bourvil. 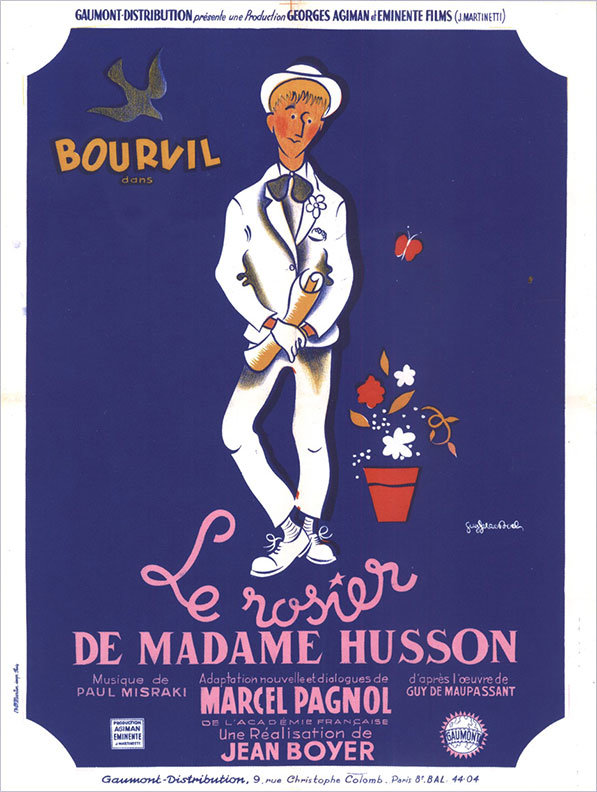 The Austrian poster, created especially for the film’s premiere in Vienna at the Schweden Kino or Swedish Cinema* was designed by one Gustav Mezey who, it turns out, was one of Austria’s major designers of the era. His trademark monogrammed M can be seen in the top right of the poster, which is startlingly different from the Fernandel-centric French version. They would barely seem to be advertising the same film.

Born in 1899 (he lived to 1981), Mezey started out as an illustrator of large outdoor displays for advertising companies in Budapest, Belgrade, Vienna and Berlin. From the early 1930s until the late 1950s he concentrated on movie posters, using a combination of paint and airbrush. 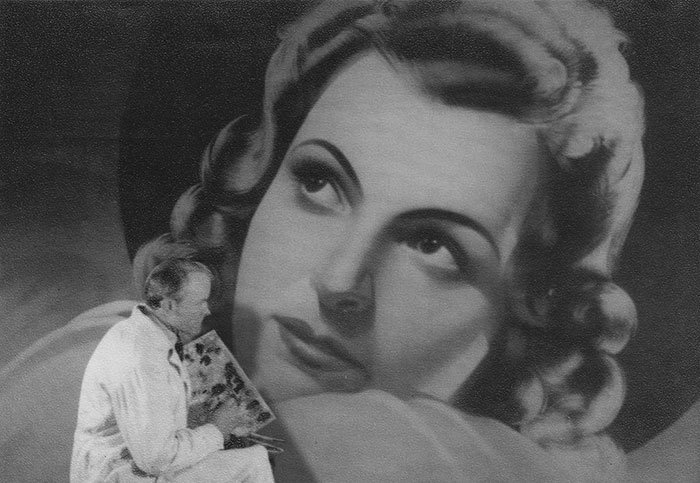 Above: Gustav Mezey painting in 1951.

I found a number of other Mezey posters in the online collection of the Vienna Library, most of which are from the late 40s and early 50s. His portraiture and use of color and composition is exquisite, as well as quite distinctive. And pay special attention to the lettering which is always varied and inventive. As with most poster illustrators, I question whether Mezey did the lettering himself, though given the perfectly balanced interplay of composition and type on the Virtue King poster I have a feeling that he probably did. 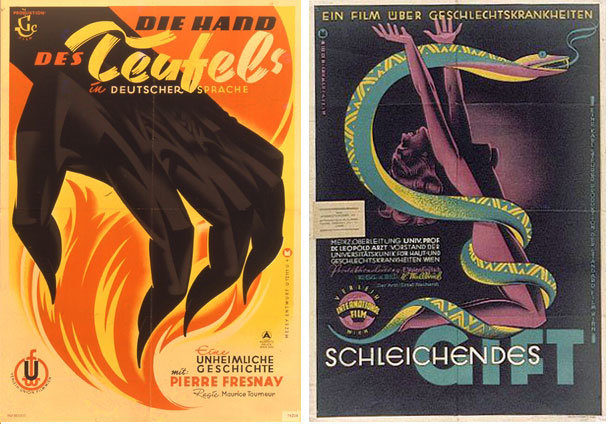 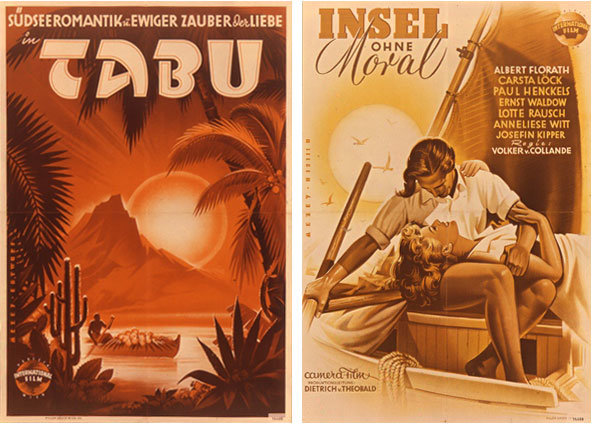 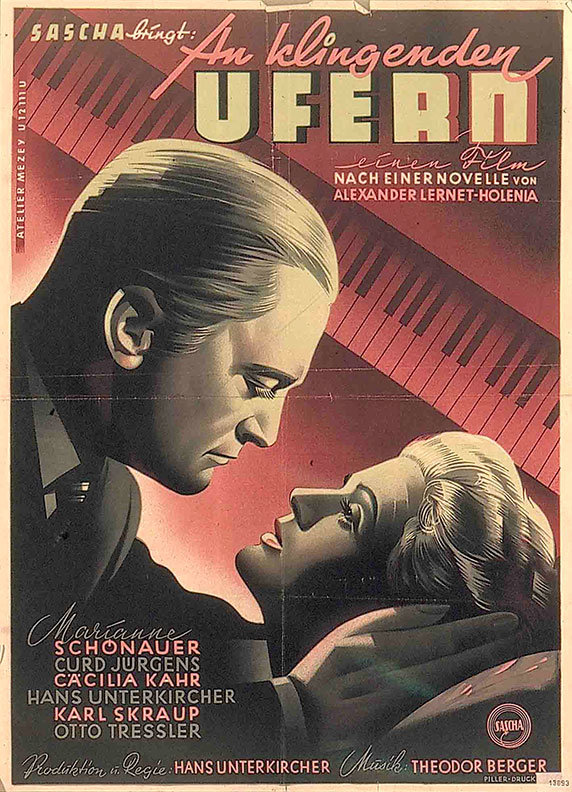 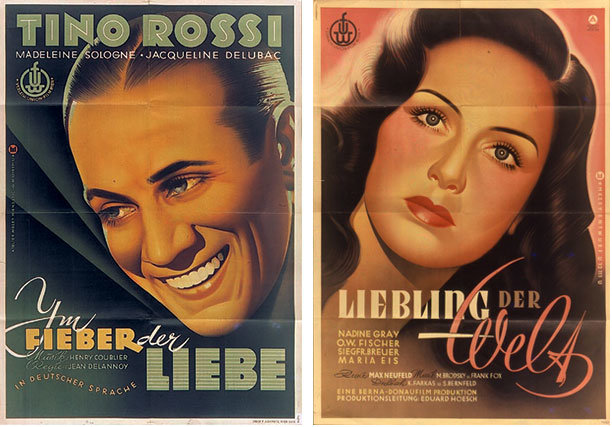 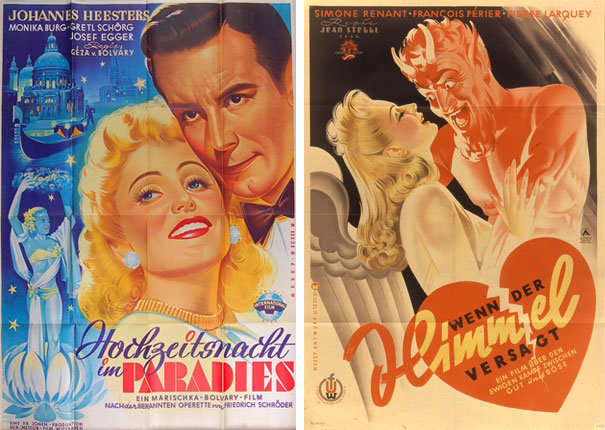 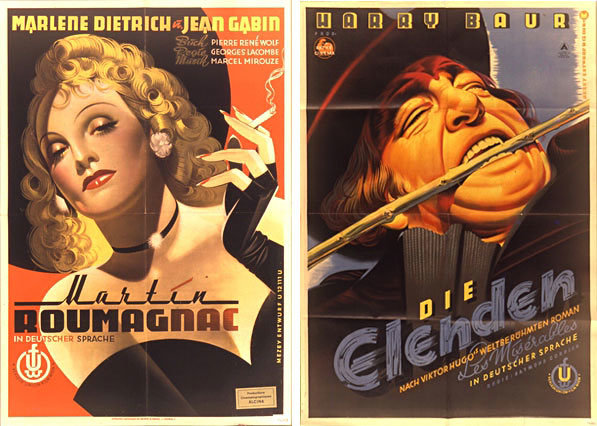 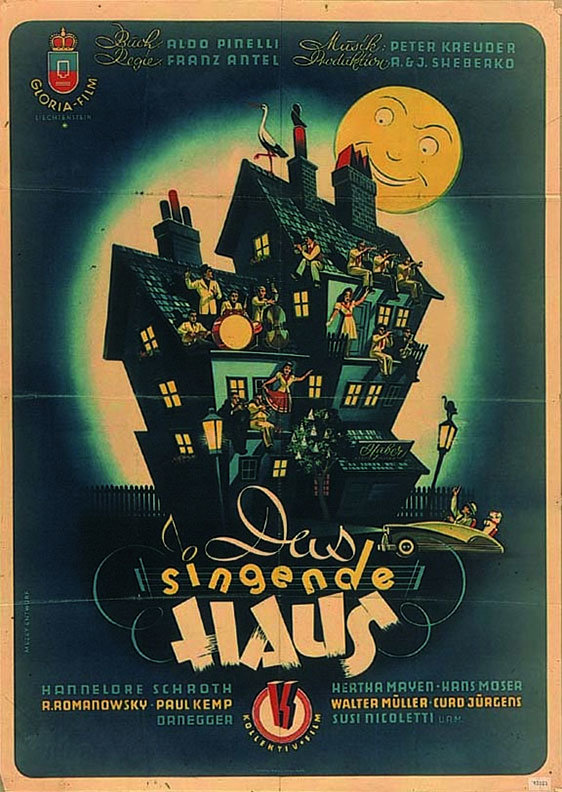 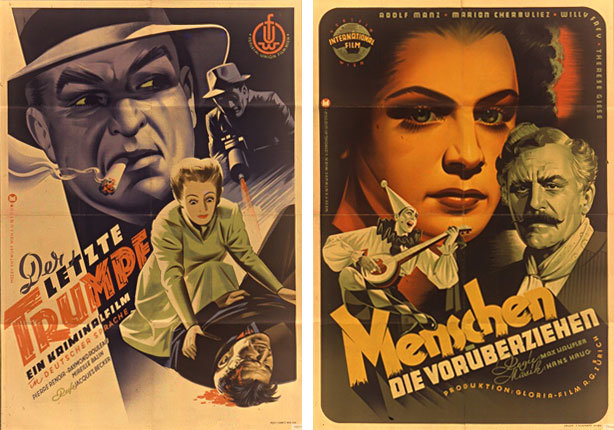 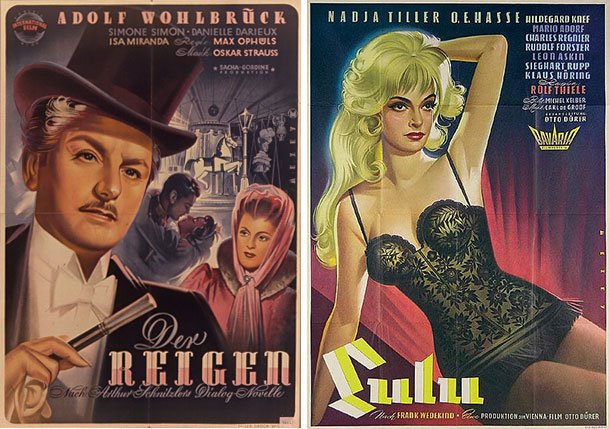 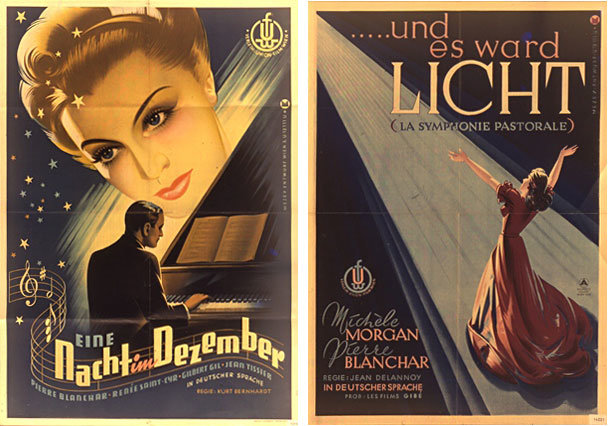 *According to the website KinTheTop, an archive of Viennese theaters, the Swedish Cinema, billed in Mezey’s poster as “Vienna’s first avant-garde cinema,” was built in 1919 and destroyed in the Allied bombing of Vienna in 1944 (which destroyed a quarter of all Viennese cinemas).