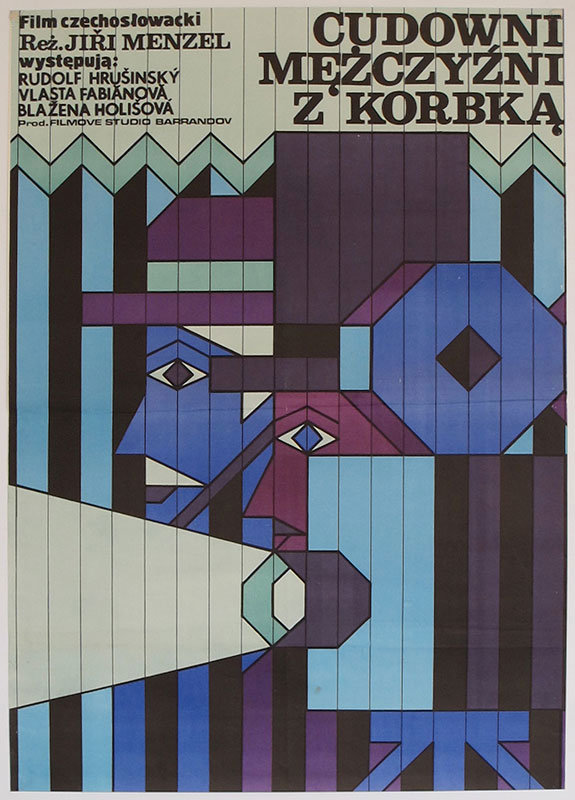 Above: 1979 poster for Those Wonderful Movie Cranks (Jiri Menzel, Czechoslovakia, 1979).

I recently discovered the posters of Polish artist Andrzej Krajewski, or I should say that I recently discovered his best work. I had seen some of his work before (and had featured one terrific 1970 design on my Tumblr) but its cartoony style—reminiscent of, and possibly influenced by, the 1960s work of Push Pin Studio in New York﻿—wasn’t really my thing. But I obviously wasn’t looking in the right places or at the right posters.

Around the same time I came across the London-based Polish poster webstore Eye Sea Posters which may not be the most comprehensive Polish poster site on the web (that would be this one) but is certainly the most elegantly designed. Set up by James Dyer two years ago, the site allows you to browse by artist as well as by genre or subject matter, each search bringing up an uncluttered grid of often breathtaking designs, very many of which were new to me.

Eye Sea Posters has a number of superb Krajewski posters so I thought I would concentrate on those today. Krajewski was, like many of his colleagues, quite prolific, and anyone who wants to see more should explore his page on the Polish poster database which lists over 100 posters and links to about 70 of them.

Krajewski, who was born in Poznan, Poland, in 1933 and now lives in New Jersey, studied at the Warsaw Academy of Fine Arts and began making posters in 1965. He continued to work through the early 80s until he emigrated to New York in 1985 where he proceded to concentrate on painting (though in recent years he has illustrated a number of unofficial movie posters for collectors, like this one for Boogie Nights). Heavily influenced at first by Pop Art (a famous example is his poster for Alphaville), Krajewski began to introduce an Art Deco element to his work in the 1970s, resulting in a series of geometric designs in which the vibrant enthusiasm of Pop is reigned in by patterns and grid systems.

With the exception of the 1979 poster at the top, the posters are presented here in chronological order to give a sense of the development of Krajewski’s style. Note how circles predominate in the earlier posters and how in the later ones there is not a single curved line. Most of the films here are not at all well known, which is probably why I had not come upon these posters before. Click on any of the titles to find them on the Eye Sea Poster site. Most of them are available to purchase. 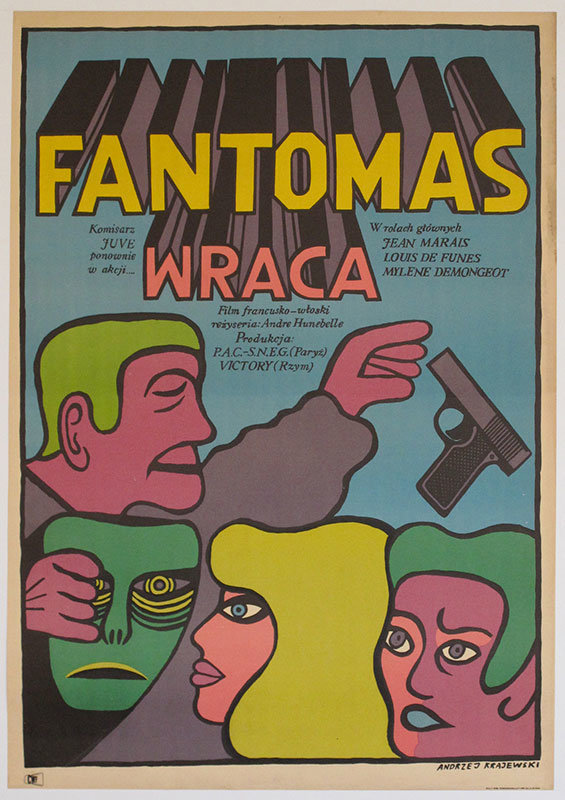 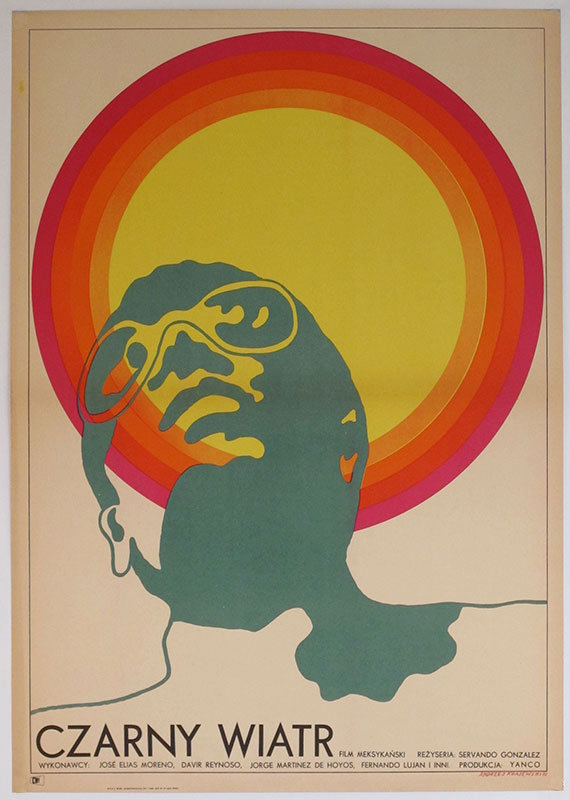 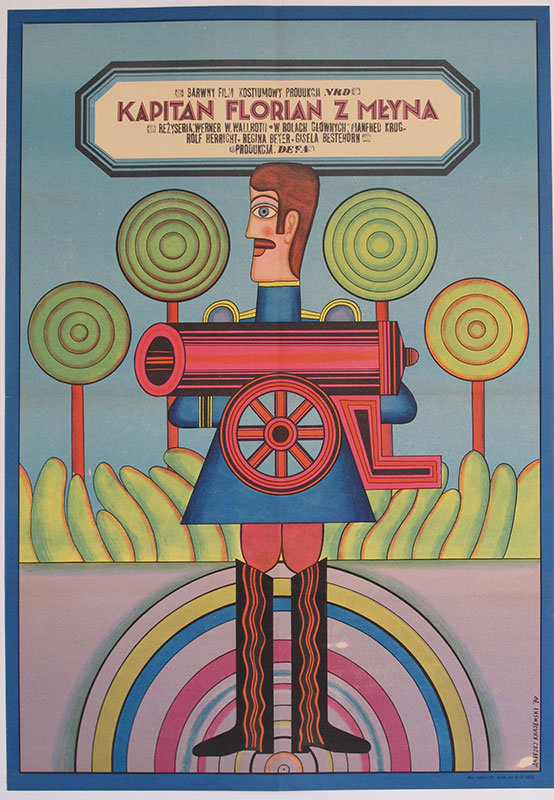 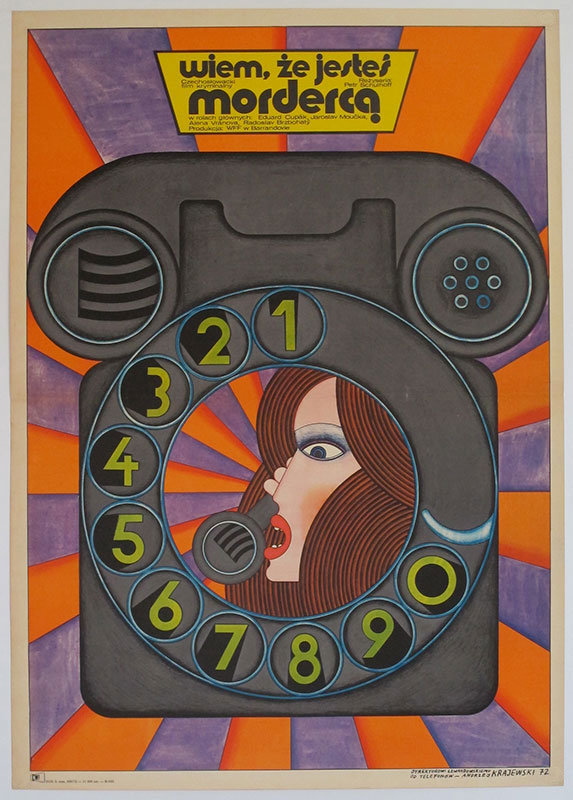 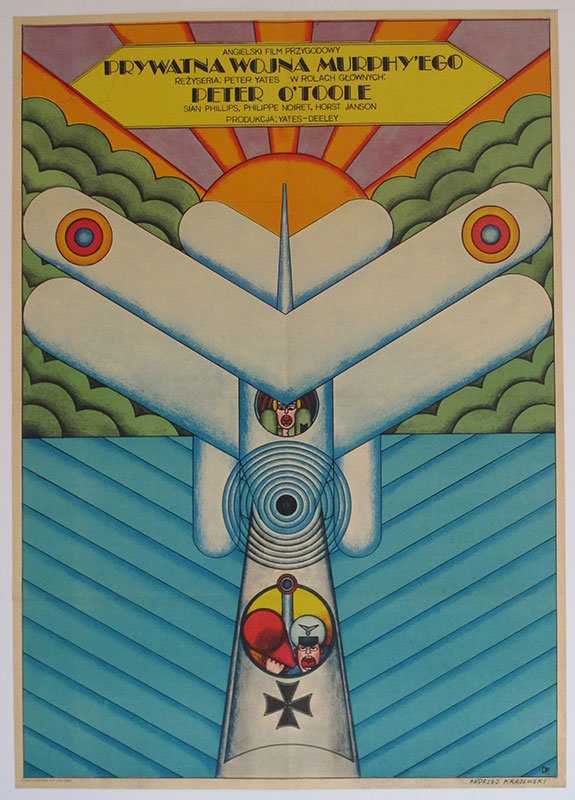 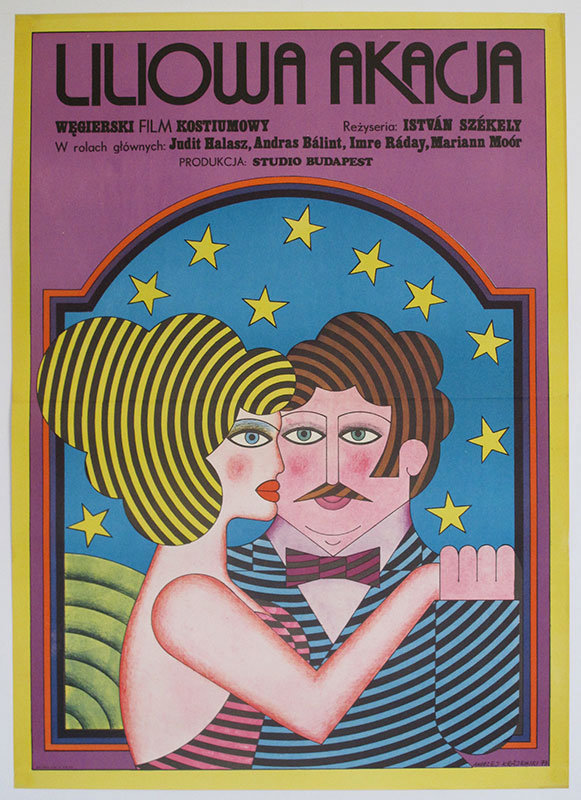 Above: 1973 poster for The Girl Who Liked Purple Flowers (István Székeley, Hungary, 1973). 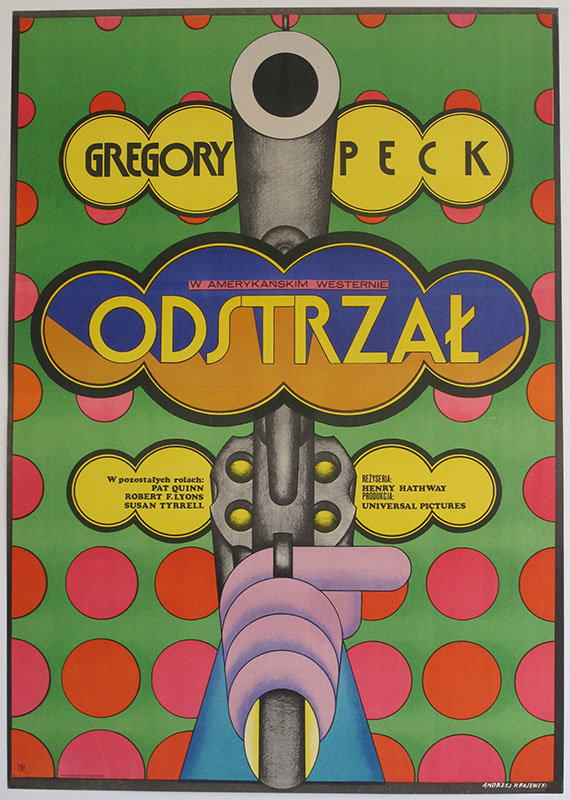 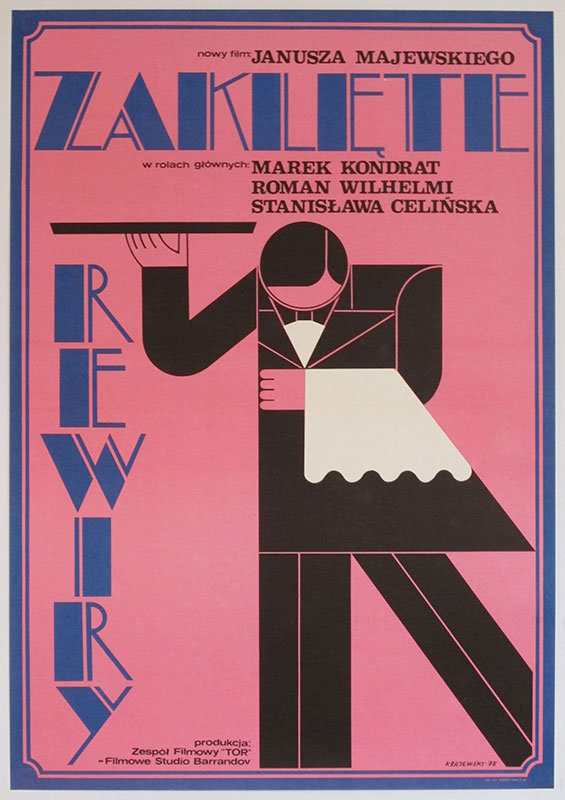 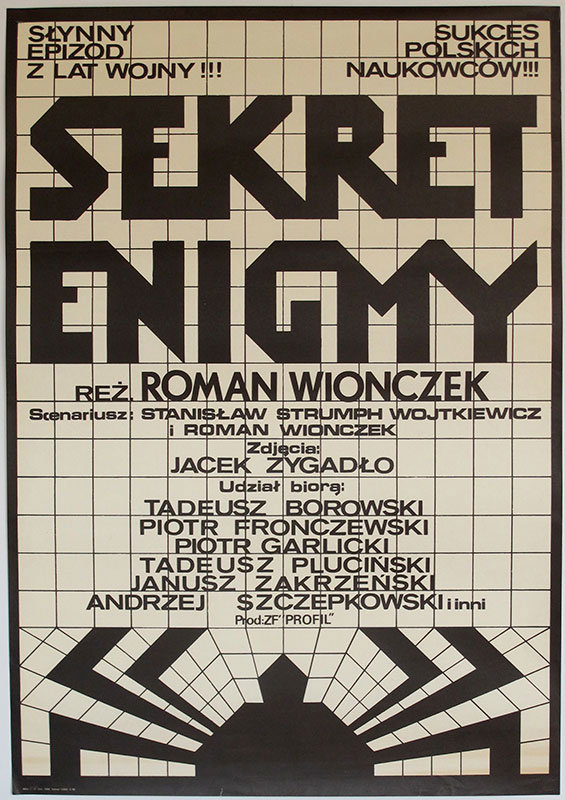 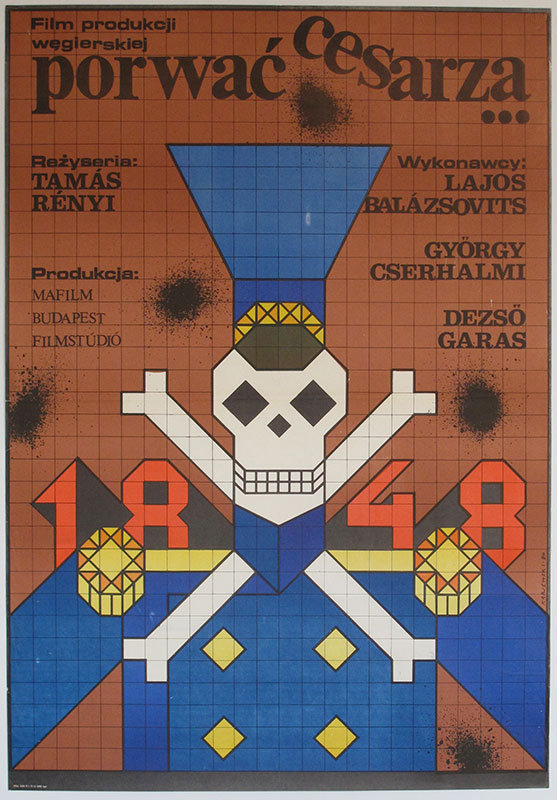 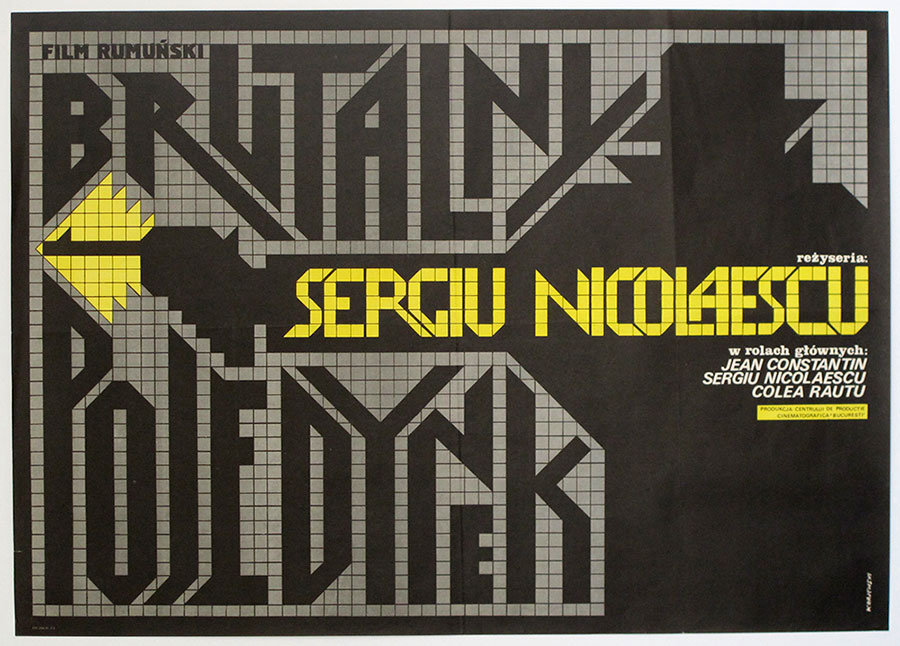