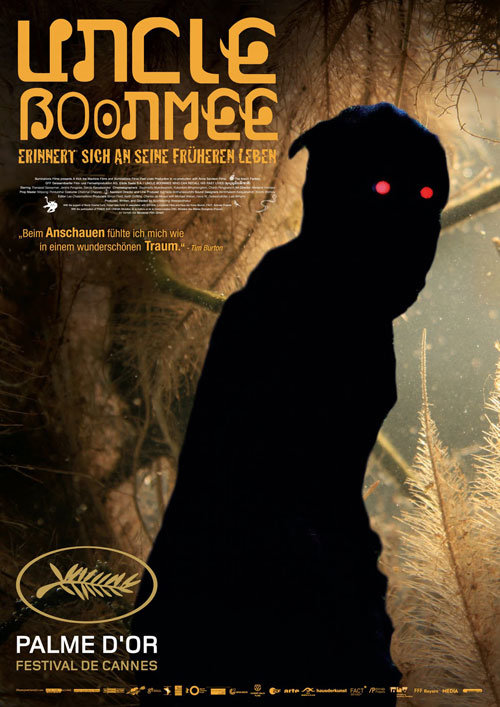 Back in May I wrote about the posters of Apichatpong Weerasethekul in excited anticipation of his newest film at Cannes. However, when I saw the first poster for Uncle Boonmee Who Can Recall His Past Lives, which went on to win the Palme D'Or, I have to admit I was a tad disappointed with its cartoony look compared to the lyrical mystery of the posters I had featured. In the six months since, Uncle Boonmee has been sold all over the world and new posters for the film have been cropping up everywhere. Strand, who is opening the film in the U.S. in March of next year has yet to reveal any key art for the film and I look forward to seeing it.

My two favorite Boonmee posters are those from Germany (above) and Mexico (below), both of which feature the most striking and unforgettable invention of the film: the Monkey Ghost. The German poster is distinguished by the Thai-inflected typography of its title treatment (though the rest of the type seems careless), its muted palette, and by the dreamy woodland background which I’m not even sure comes from the film itself (the silhouette of the Monkey Ghost having been lifted from the background it more commonly appears against in stills). The Mexican distributor seems to have retitled the film “The Legend of Uncle Boonmee” and again the poster is distinguished by its type. It also uses a different image of the Monkey Ghost that I haven’t seen used much in print. I have a feeling that, of all the posters, this one might sell the most tickets. 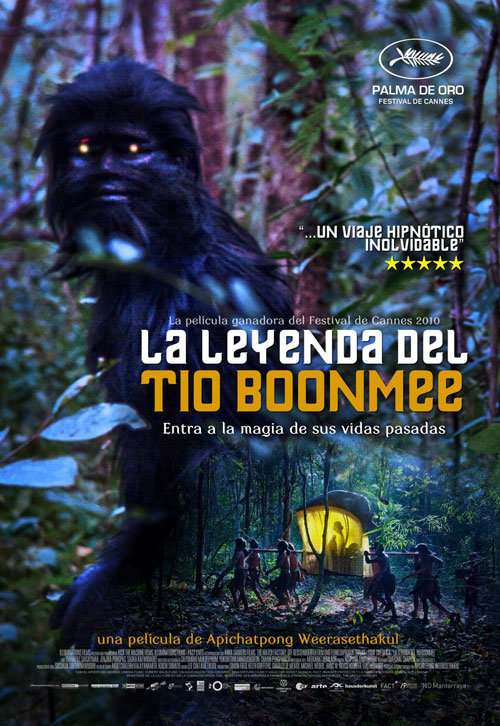 Below, clockwise from top left are eight other international designs: the original illustrated Cannes poster: the Spanish poster (featuring the Princess at the waterfall, and with a different title from the Mexican release); the post-Palme world sales poster from The Match Factory; the Italian poster using the same type as the Mexican, but with a boring split-screen layout; the incongruously Mondrianesque Turkish poster (whose title doesn't even feature the word “Boonmee”); the quote-heavy British Quad; the similar Korean poster, and, finally, in the center, the French poster featuring only the titular Boonmee himself. 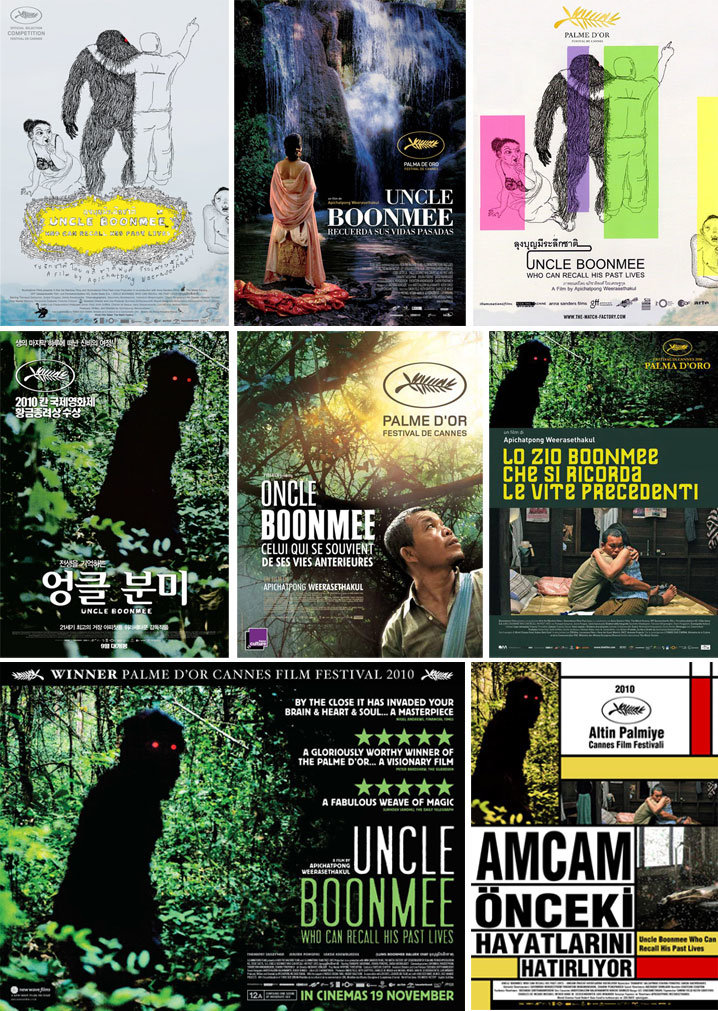 For me, however, the best Boonmee-related design of all, is this amazing press book created for Cannes (I assume by The Match Factory, or maybe by the British-based producers, Illuminations Films) which is now one of my most cherished pieces of movie memorabilia. Measuring 4 1/2" x 8", embossed with gold-leaf, and featuring pages that open out to twice their size, it is an extraordinarily lavish production for a radical art film (it reminds me of the Weimar-era UFA books I featured last week) and all the more precious for that reason.