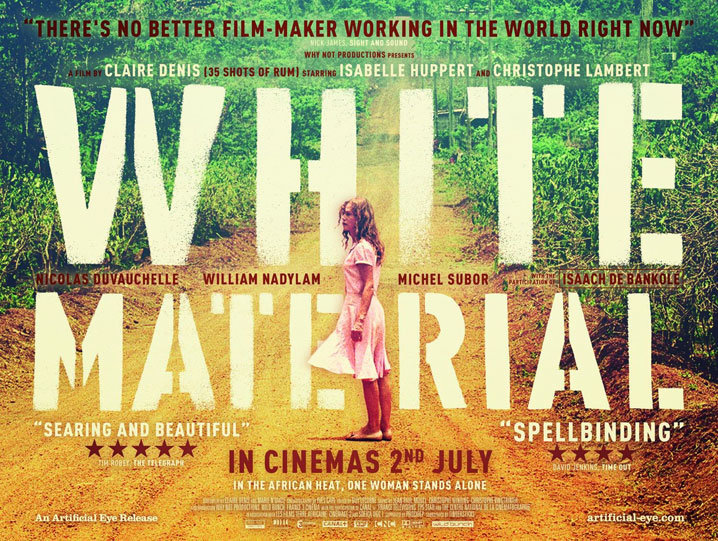 Claire Denis has not always been well served by her poster artists. Oddly, for a director who has made some of the most beautiful, sensual films of the past twenty years, the posters for her films rarely convey what is so magical about them. Perhaps it’s that her power lies in movement and atmosphere, rather than single images that would translate to something one-dimensional. However, I do very much like the type-heavy poster for White Material, which opens in the US next Friday, though I prefer the UK Quad widescreen version which better conveys the rather corny tagline: “In the African heat, one woman stands alone.” And there are a handful of other decent Denis posters (all of them the French originals) which I’ve collected below. But I have to say that while these are all graphically interesting, none of them really convey the essence of her genius. For that, check out the films themselves at the retrospective currently running at the IFC Center in New York. 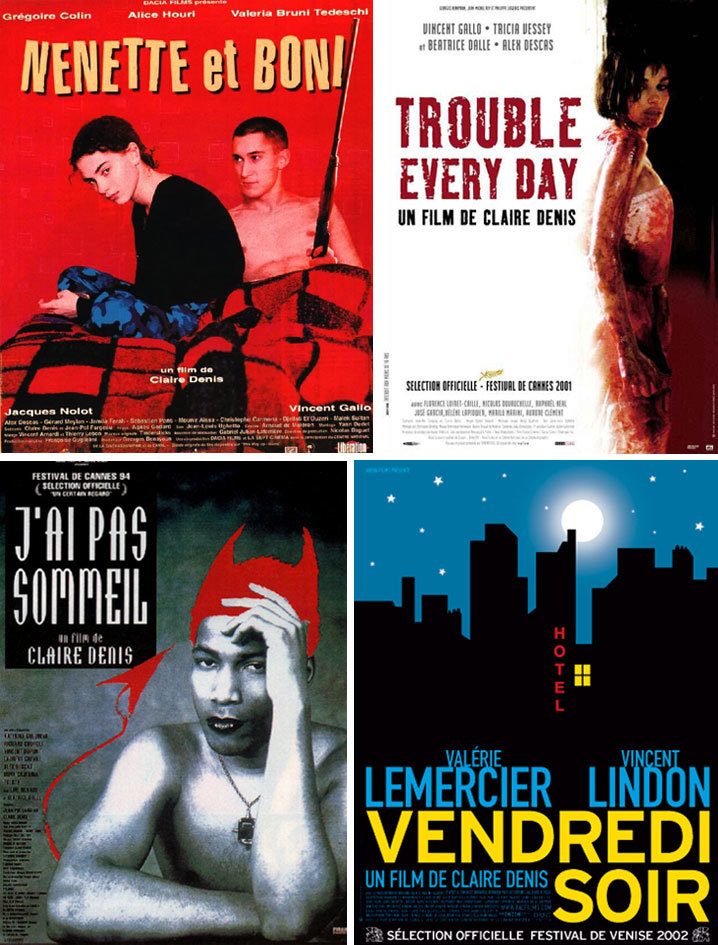