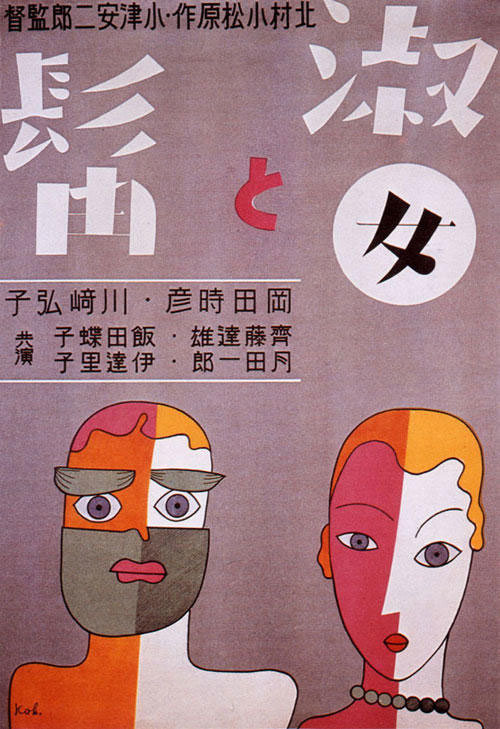 I’ve been a little obsessed with Ozu lately as a result of the recent retrospective at Film Forum, so I renewed my search for Ozu posters. Sadly, very few posters for Ozu films exist prior to the 1950s, or if they do I haven’t seen them. The lone exception I’ve found was the poster for the lost 1930 film Young Miss that I discovered a couple of years ago.

I had heard from leading Ozu scholar David Bordwell that a poster for the 1931 film The Lady and the Beard existed and so, with my renewed zeal for all things Ozu, I managed to hunt down this stylized illustrated beauty, a far cry from the photographic montages of the 50s. It turns out that it was designed by the great Japanese graphic designer Takashi ﻿Kono (1906-1999) who was a leading force in Japanese design for half a century, and whom I had suspected was the author of the Young Miss poster because of the “KOH.” at the bottom, although at that time I had found no other examples of his work with that signature. After graduating from the Tokyo School of Fine Arts in 1929 (just two years after Ozu started directing films) Kono started working as an in-house designer for Shochiku and thus probably designed a number of posters for Ozu that are now lost.

I did, however, come across two other Kono posters from that era. This stunning design below is for a little known 1930 film called Father by Sasaki Tsunejiro which is not mentioned on IMDb but which does have a listing on the Japanese Cinema Database. 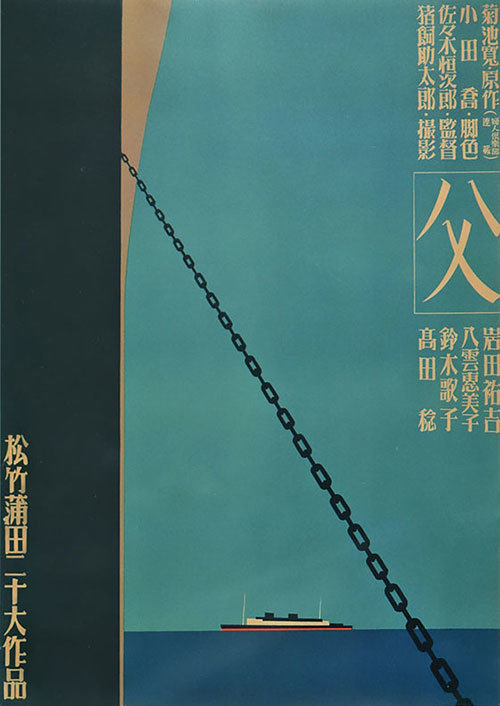 And this below, which I saw listed as a magazine advertisement for the 1933 film Tawamure ni Koi wa Sumaji﻿ by Saburo Aoyama. 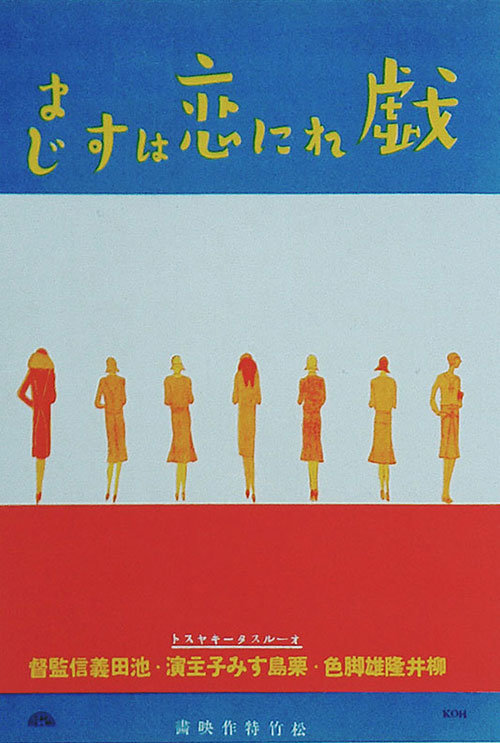 I did find a couple of thumbnail images for other Kono posters for Shochiku, including one for the fabulously named Crybaby Apprentice, and so I will continue my search for further Takashi work.

I am dying to get my hands on this book of Takashi’s early work (with the “Beard” from The Lady and the Beard on its cover), so if anybody knows where I can get a copy please let me know in the comments below. 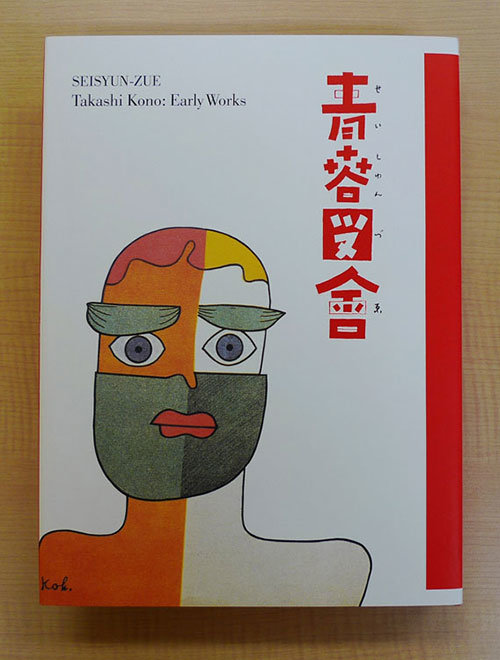