Starting today, and for most of April, Film Forum in New York will be honoring five of Japan’s greatest actresses in a portmanteau retrospective entitled 5 Japanese Divas. The divas in question are Setsuko Hara, Kinuyo Tanaka, Isuzu Yamada, Machiko Kyo and Hideko Takamine who, collectively, starred in some of the greatest Japanese films of the 1950s golden age (there are more masterpieces per square foot in this retrospective than in any other theater in town). Takamine died last December at the age of 86 (and was featured on Movie Poster of the Week earlier this year), but, remarkably, three of these goddesses—Kyo, Hara and Yamada—are still with us, aged 87, 90 and 94 respectively.

I love the Japanese posters of the 1950s with their crowded montages of faces (I can never be sure if they are photographs or hyper-realist illustrations) in which the actors are paramount, more because I love the actors portrayed in them than for their design. But they have an elegance about them that far transcends the “big head” layouts of contemporary Hollywood. The five posters below—one per diva—are beautiful examples of this style. 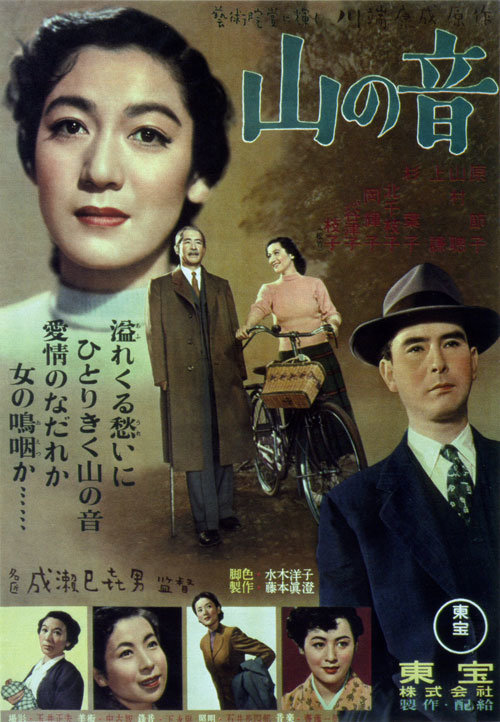 Above: Setsuko Hara in Sound of the Mountain (Naruse, 1954).

I cheated a little with this one and chose a poster for a film that is not playing in the series (though six other Naruses are) because it was such a striking, plaintive image of the “Eternal Virgin.” (Hara was previously featured on Movie Poster of the Week for Late Spring). 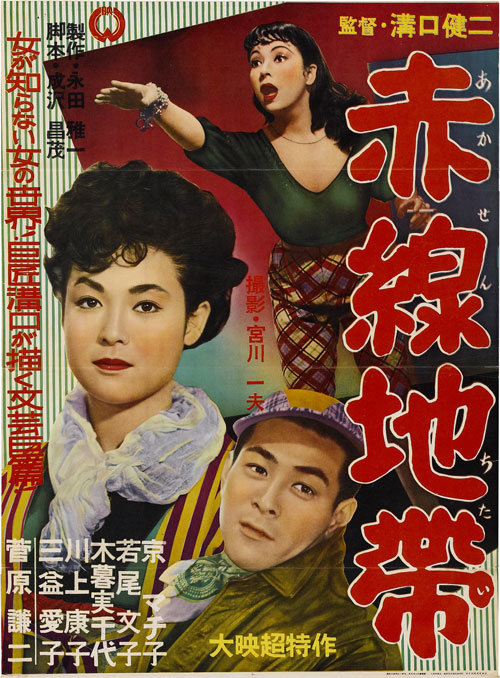 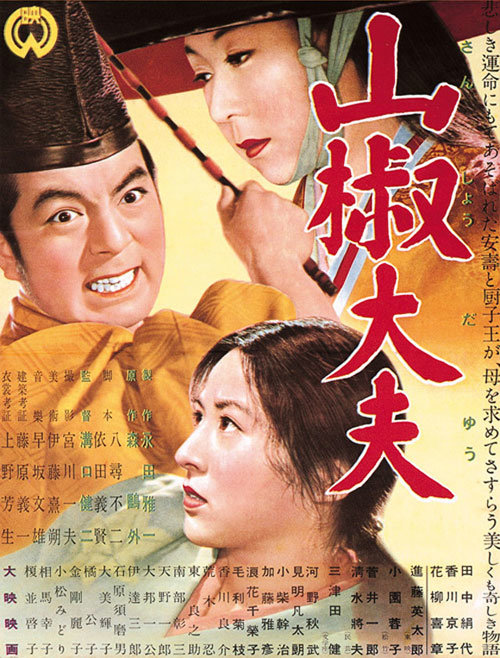 Above: Kinuyo Tanaka (top) in Sansho the Bailiff (Mizoguchi, 1954). 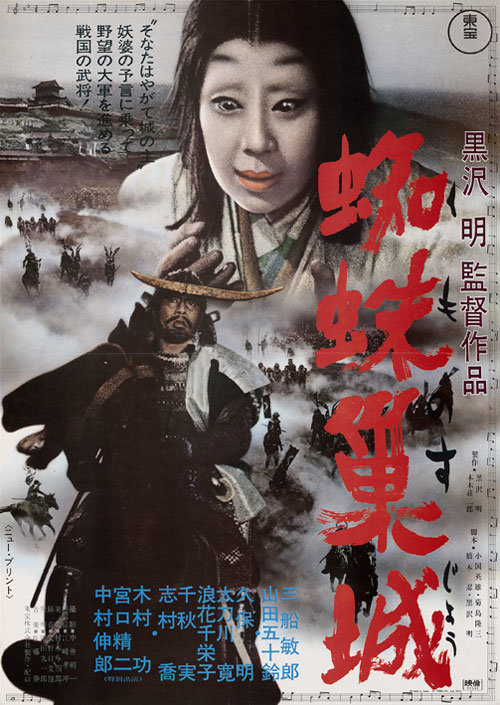 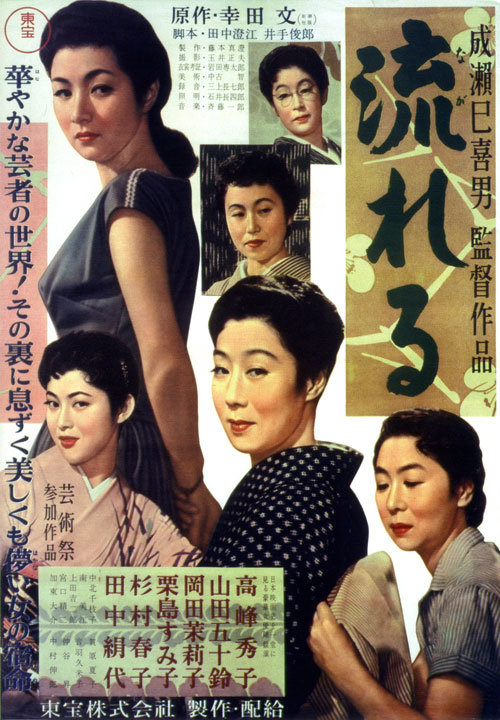 This poster, and Naruse’s film, is a feast of divas, featuring not only Takamine but also Isuzu Yamada (center) and Kinuyo Tanaka (bottom right).

Japanese posters from the ’40s and ’50s are notoriously difficult to find online, especially in good quality large reproductions (two of these were taken from Masters of Cinema’s excellent Naruse box set in which the original posters are reproduced on the reverse of the DVD wraps). If anyone knows of any website, Japanese or otherwise, that archives those I'd love to hear about it in the comments below.