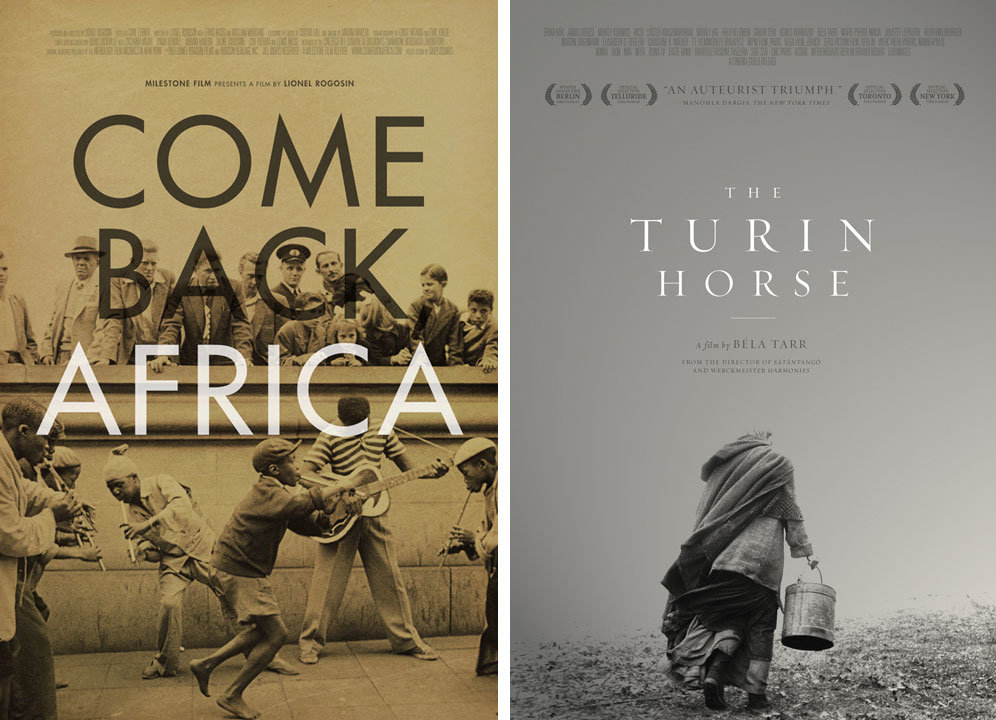 Two of my favorite new posters right now, for two films opening within the next few weeks in New York, are both designed by one of my favorite designers, Scott Meola. I wrote about Scott’s work before when I featured his poster for On the Bowery back in 2010.  Come Back, Africa, which Milestone Film is opening in New York next Friday, was Lionel Rogosin’s follow-up to Bowery, a film shot clandestinely in the townships of Johannesburg, South Africa in 1959. The film’s pointed condemnation of apartheid and joyful celebration of township culture is hinted at in the accidental split-screen image of the poster’s photograph, with its busking children below scornful onlookers (I love how Meola zeroes in on the prime representative of this police state within the middle C of the title).

The poster for Béla Tarr﻿’s The Turin Horse, which opens on February 10th, (and which, incidentally, was my favorite film of last year) also uses a monochrome photograph and some perfectly chosen and impeccably placed lettering. One only has to look at other versions of this concept to see how elegantly Meola uses type (though I am also a fan of the dramatic Mexican poster for the film). I like how the girl in the poster is being swallowed up in the grey mist of her surroundings, and how the title is the only source of white light in the whole poster (which makes even more sense when you see the teaser trailer for the film).

The two posters make a beautiful pair, both with their vintage-looking photographs, their billing blocks placed unconventionally up top, and both centering, quite coincidentally, on a figure in mid-step. Here they are in all their glory. 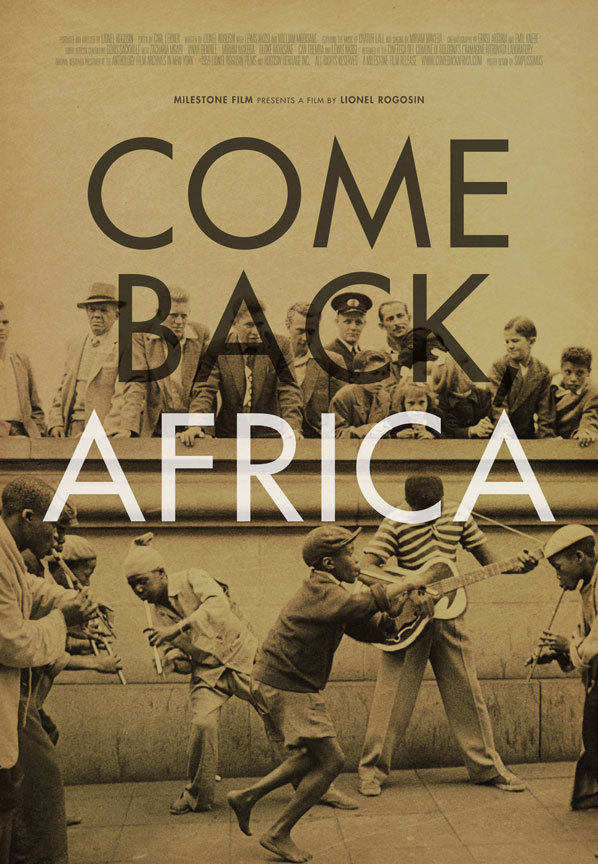 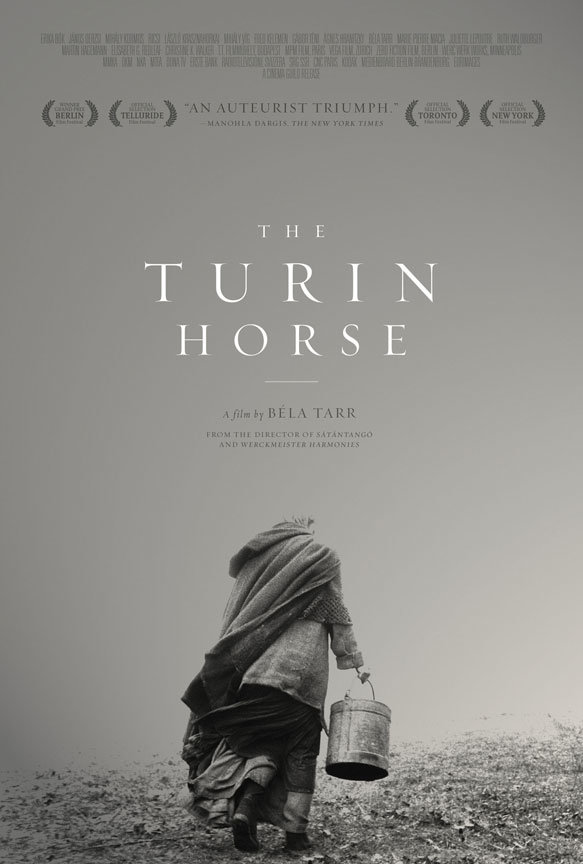