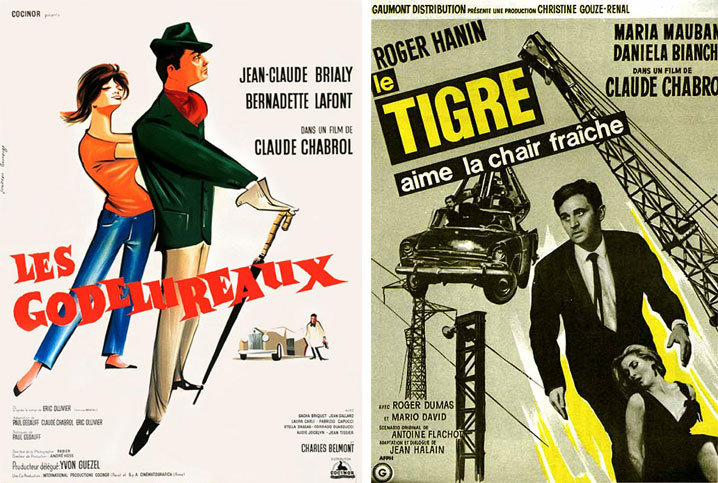 The great Claude Chabrol, who passed away at the age of 80 last Sunday, left behind a prodigious body of work. But when I started to think about his posters I realized that, whereas there are indelibly iconic posters for the films of Truffaut and Godard, those for Chabrol come less easily to mind, if at all. In the last twenty or thirty years his keyart has been dominated by photographs of the stars who queued up to work with him, but looking back at his early work I came across a number of superb posters that should be better known. I also discovered that there were plenty of films that I hadn’t even heard of (the man made over fifty features), among them the 1961 revenge drama Les Godelureaux (Wise Guys) and the 1964 spy-thriller Le Tigre Aime la Chair Fraîche (Code Name: Tiger), an attempt to start a French version of the Bond franchise for which Chabrol also directed a sequel. The posters for each are terrific: a Tati-esque illustration for Les Godelureaux, and a constructivist montage of half-tones, sketches and type for Le Tigre. And there are plenty more gems from Chabrol’s early years as you can see below (all of these are from among the nineteen feature films he made between 1958 to 1970). Adieu le Maître. 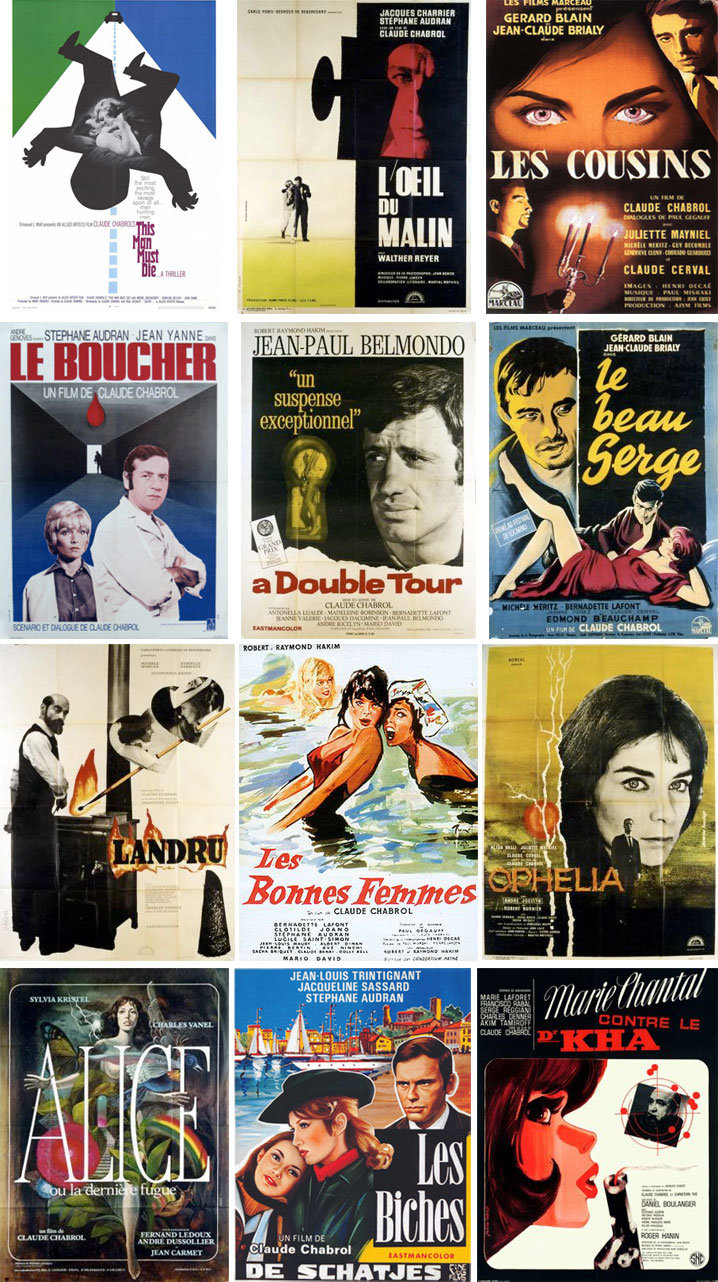