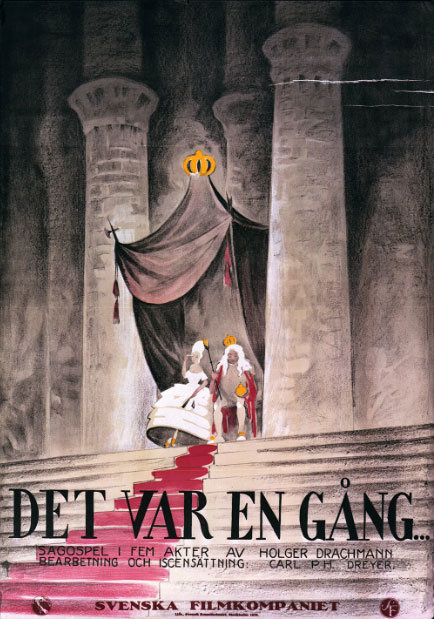 When I heard from Criterion that the Danish Film Institute's website and archive devoted to Carl Th. Dreyer was now up and running and contained “a rich trove of essays, clips from his features and rare shorts, interviews, film notes, and extensive galleries of photos and original posters” I was thrilled. And the site is pretty amazing, with the highlight, for me, being able to watch all eight of the short films Dreyer made between 1942 and 1954, as well as an extensive gallery featuring costume designs for Day of Wrath and set design models for The Passion of Joan of Arc. But the poster gallery, which obviously I was most interested in, is rather disappointing, featuring only one poster per film in most cases and missing a lot of wonderful work (including the Day of Wrath posters that I wrote about a couple of years ago). But, on the bright side, the site did reveal these four rare original Danish posters from the 1920s. All four are illustrated (three of them even bearing the artist’s signature) and, by the looks of it, hand-lettered, and seem to all date from the film’s release. The films are, from the top, Dreyer’s damaged fairy tale Once Upon a Time (1922), his violent saga of Russian anti-Semitism Love One Another (1922), his landmark gay melodrama Michael (1924) and his domestic comedy classic Master of the House (1925). I’m hoping that, as the website expands, we will see more gems like these and more background information on each. For now you can at least watch clips from all four of these films. 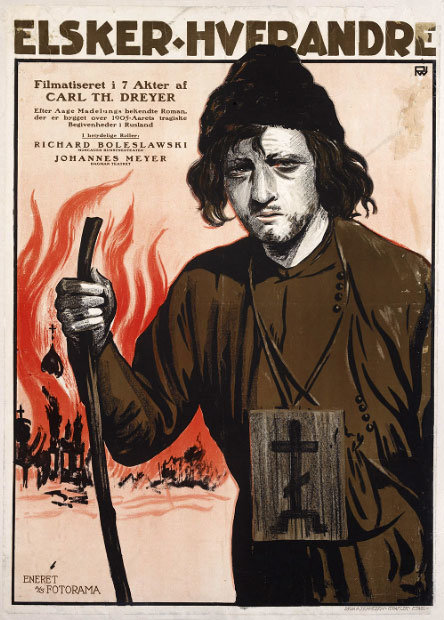 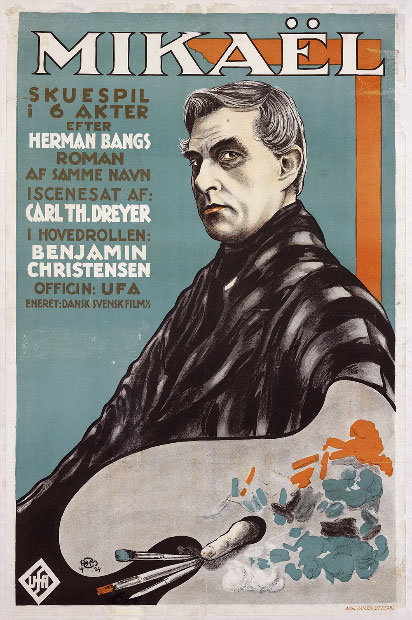 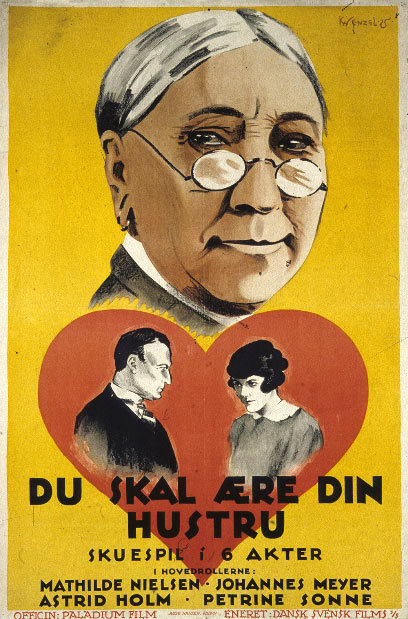