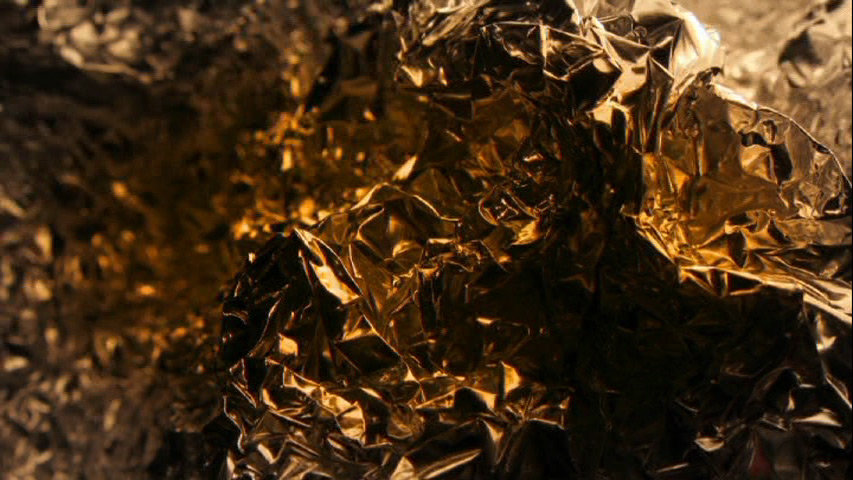 Seeking the Monkey King, which premiered last month at the New York Film Festival's Views from the Avant-Garde program, plays this Sunday for free at 5:00pm in Zuccotti Park in New York, and Ken Jacobs is currently looking to screen it in conjunction with Occupy protests worldwide—please feel free to leave a tip in the comments below. J.G. Thirlwell’s Manorexia will be performing excerpts from the soundtrack and other Manorexia albums at BAM on November 18th.

The stereoscopic, Byzantine gold foil that’s the ostensible subject/object of Seeking the Monkey King seems to shift interpretively at each of Jacobs’ mock-3D jigglings between negative and positive, left and right: is it just foil, a digital animation, a crumbling Babel, or a descent into Peter Jackson/James Cameron/Jerry Goldsmith hell? Like almost all of Jacobs’ recent movies, Monkey King prompts a kind of triple consciousness in which the viewer can see all at once 1) Jacobs wriggling the image in and out, side to side, light to dark, and back, 2) the image itself constantly regenerating, not skipping back-and-forth but opening concentrically outwards, a series of abstracted vectors, 3) insistent, mental projections that figure the image spatially as a landscape, no longer an image the filmmaker plays with, but a physical place recovered and entered into. It’s less the illusion of a figurative image, or the movie’s forward movement, which are mysterious, than the fact that these illusions still hold when Jacobs shows his seams; it’s possible to have no idea what the image represents, but to see clearly how the artist is representing it, handling his frames frame-to-frame.

Sort of reversing the structuralist impulse to let the movie’s internal system arrange the order, movement, and duration of its materials, Jacobs plays his movies like 1st person interrogations of his footage, the artist constantly adopting and discarding new approaches toward his material. Instead of a structuralist’s mock-categorical system, Jacobs’ movies can operate like works in progress; abstract expressionism’s emphasis on process seems to carry not only through Jacobs’ compositions, successions of half-completed movements, but his own approach over the duration of the movie. By readjusting his composition quickly or slowly over time, Jacobs can seem to readjust its other dimensions entirely: some elements come forward, some head back. The two-dimensional image opens up into an infinite number of versions of itself as it might be oriented in the perception of the viewer; Monkey King looks squintingly like Jacob's live shows’ abstract, matted compositions that, when he ferrets into them, become a flux of rippling planes. As there, the filmmaker turns himself into his own potential audience, and the movie becomes a record of his sight: so lucidly, so unpretentiously, that here he can even leave himself notes, embedded intertitles in the frame.

With J.G. Thirlwell’s mock-imperialist score, pseudo-arab synth and a 5.1 orbit of sparking wires and boiler-room thrums (excerpted from “Dinoflagellate Blooms”), Jacobs’ notes form a kind of stream-of-consciousness commentary: an epitaph for late capitalism that remarks the revocations of civil rights under the Obama administration, the books Jacobs has been reading, and the artists he’s had on his mind. “America is a fiction. A work of art, or at the very least a feat of cleverness. It is an enlarged and empty Brillo box traded back and forth for millions thanks to Our Prince Of Fakery. (See current DVDs of POLTERGEIST: the Indian burial ground beneath the house was cut out. 1984, indeed.)”

“Let a better time say/The poet stopped singing to talk,” said Zukofsky. But the extemporaneousness of Jacobs' thoughts and reflexes is possibly belied by the neatly clinked, triple rhyme of his movie’s title, 'king-'key-king, and by the steady progression of the notes, with the movie itself, from a crystalline, pseudo-objectivity towards collapse by the end as word and vision flow quickly, slurred as inner visions. 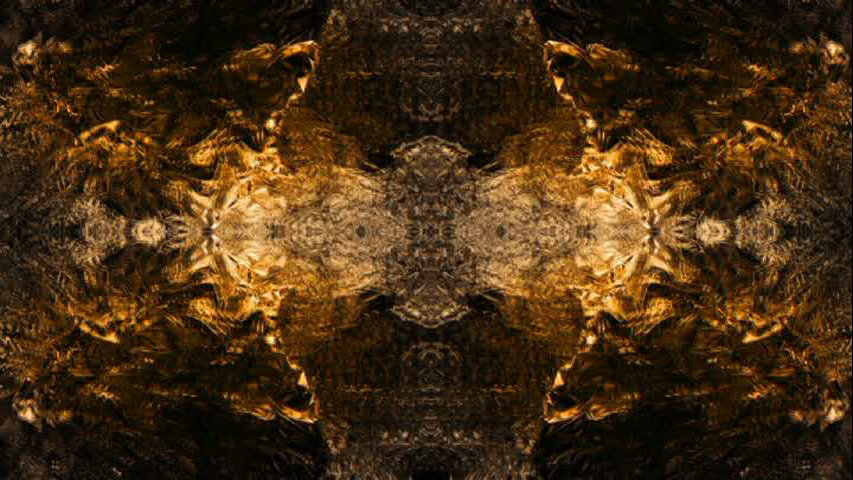 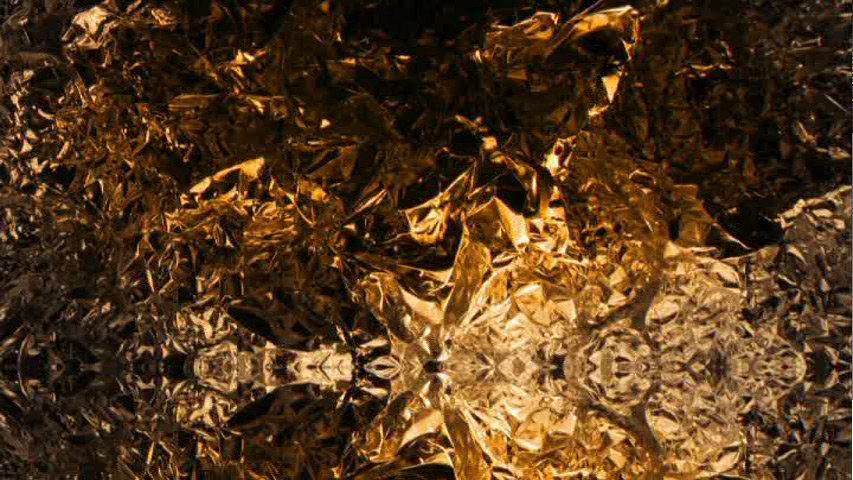 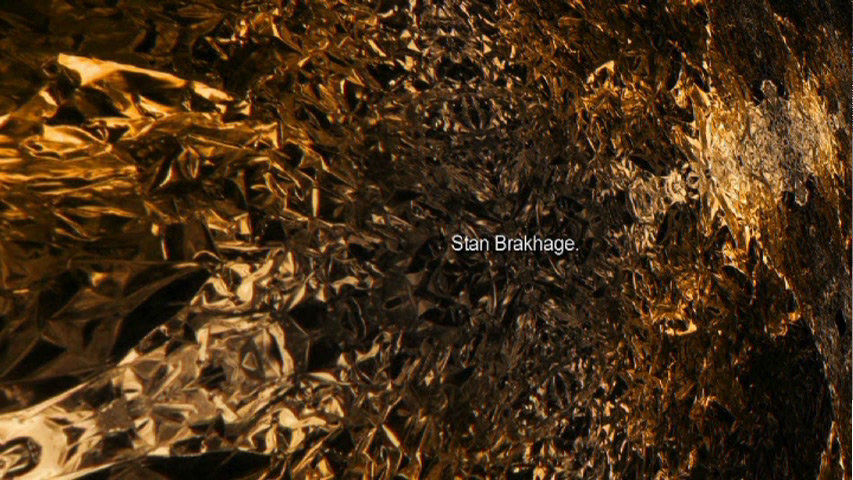 “Where is that monstrosity?”

Jacobs’ instinct for slow-woven, hellish beauty in his live shows, as in Times Squared from earlier in the year, comes under violent comprehension, his '00s digital works' mincing analysis that strips a movie down to its constitutive elements so that they can be isolated and built back up or not.﻿ The beauty of Monkey King becomes its own target, a veil of illusion and lacquered hell that Jacobs can penetrate only by revolving around it like a golden idol, and radiating it outward as if from some unseen source. Jacobs’ deconstruction of the image becomes one more hypnotic draw. And when Jacobs and Thirlwell can only express themselves in the terms of their targets, the notes lose the prophet’s voice to mankind, and become a kind of response of glee from mankind to the prophets: an exorcism of the history of art in the form of a populist, blockbuster parody. “The cosmos has no idea we’re here. Pity about Shakespeare. Joyce, Picasso. Marey, Henri Bergson. Mary Shelley. To name a few that came through. In a world with no eyes to see, no ears to hear.”

As younger, American avant-garde masters—Dorsky, Klahr—pursue the veil of illusion, a sublime presence blind to history, Jacobs makes movies that work to break through the patina of beauty, only to reveal the ultimate illusions of movie-making, the third dimension of a figurative space and movement out of single, still images. From a festival full of movies of characters trapped in closed spaces, mumbling about their routines as an apocalypse approaches outside, Jacobs’ movie shows its world not even as the trace but the ruin of a place where, per the final intertitles, “illusion reigns”; in a way it’s of a time with the “primitive” drones and industrial clangor of Apichatpong and Lynch movies that seem to take place in the bowels of a dream world. All the talk of speculative and fictional capital can miss the way these speculations and fictions have, as imaginary quantities, been very real to people who have projected illusions of a gilded future on the other side of debt. In what’s probably his most openly beautiful work, and open refutation of that beauty, Jacobs works to break through the image and the screen, but can only do so by affirming it: a world made from dreams, not vice-versa, becomes a screen with nothing underneath.﻿