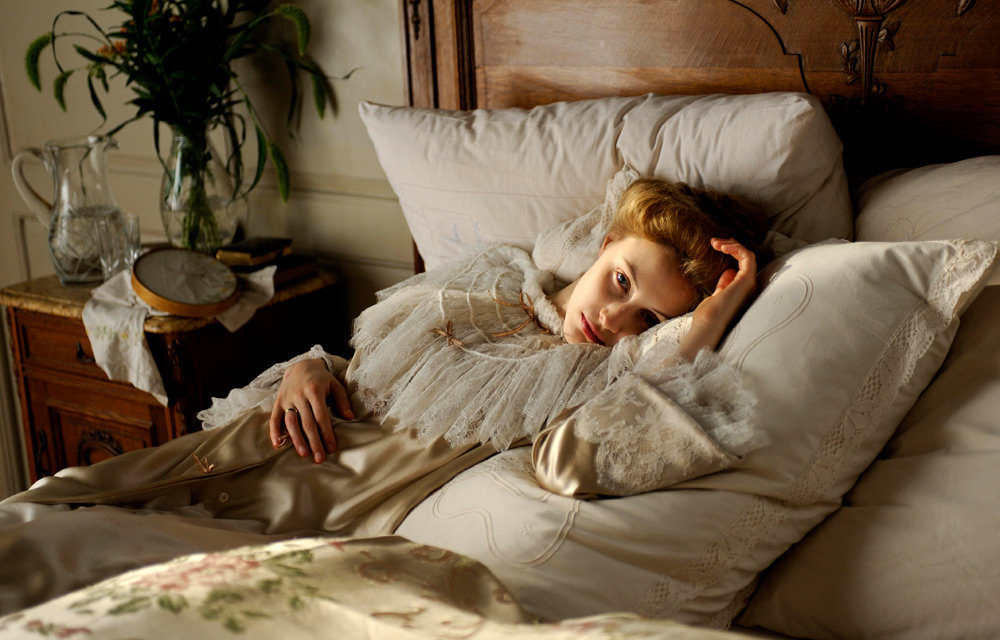 This new phase of David Cronenberg’s films—I’m speaking of the move to a certain kind of classicism of A History of Violence and Eastern Promises—has taken an even more extreme and interesting turn in A Dangerous Method. The film shocks with its sheer stateliness, its almost quiet abstraction of tumultuous﻿ melodrama. This superficially lurid tale of psyscho-sexual obsession between Carl Jung (Michael Fassbender) and a patient (Keira Knightley), and the more subtle love affair between Jung and his father figure Freud (Viggo Mortensen) is restrained to such a point that only in moments of precisely dictated situations—in a “talking cure” session or in the middle of sex—are surface tensions broken and exclamations made.  Otherwise, the film is forever setting the table for an engagement (with Freud) or a game (with the patient), keeping everything on the surface, only for us to realize, through ellipses, that these have already been played, victories and tragedies have all occurred but on the edges of what we’ve seen, of what’s been filmed.

The stakes between these three in their bets of real and theoretical psychologies and attractions are exceedingly murky, the specifics of contentions and disputes professional and personal a matter of history rather than cinema, yet the mise-en-scène﻿ is clean, spare and unsparing, essential.  We get total visual lucidity charting, on the surface, underground battles.  (So I wonder: does this film have a subconscious?)

Battles and psychosexual sound like active descriptors, but A Dangerous Method has no atmosphere of pleasure or danger as Jung navigates between bourgeois infidelity, the mind and body of his patient, and Freud’s thoughts and affection—it is all witheld from the film in favor of crisp whites, uncluttered compositions, only cleanness and spareness, assured persons firm and stable in their time and place of this period picture.  The focus of every composition, often split across shared space in deep focus shots, are the physical presences of these people, how you are always aware of Fassbender’s face, always trying to figure its handsome, incomplete shape, Knightley’s angular, wretched skinniness, used so well in the film, and Mortensen’s fierce tranquility.  It is a movie of actors, personages, all poised, stately—and supremely melancholy.﻿﻿ Sad, perhaps, that all that drives and defines them remains on the inside while society, and them a part of it, continues its inevitable course of surfaces; and the trio work, in a way unaware, at determining a way to color the world with what's being restrained.

This review originally appeared in our coverage for the 2011 Venice Film Festival. ﻿