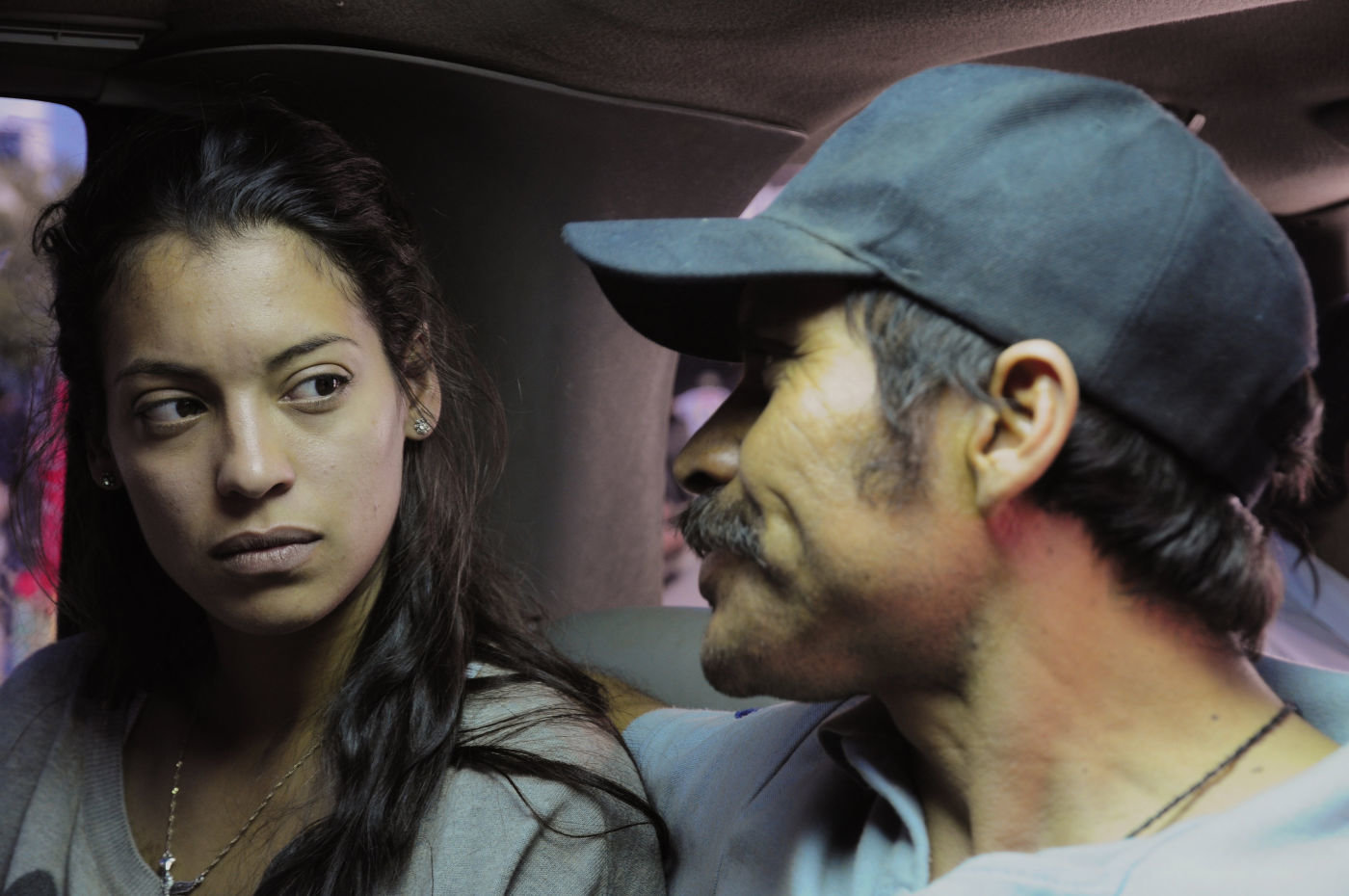 In his second film Voy a explotar (I'm Going to Explode, which premiered at Venice Mostra in 2009) Gerardo Naranjo paid a double, vibrant homage to Godard and to Mexican melodrama through a teenagers-road-movie that moved with freedom, constant invention and rebellious spirit. Miss Bala, which premiered in Un Certain Regard at Cannes, often shows the same free-style qualities but with a further approach that goes deeper  into the question of corruption and the fate of non-rebellious "normal people."

Set in Ciudad Juarez, the film tells of Laura (Stephanie Sigman), an ordinary lower middle-class family girl. She dreams of a TV beauty-singing contest as a way to get some money for the family and herself, but the woman in charge of casting does not hire her. That same evening, an ordinary girl's dream will change into a multi-episode nightmare as Laura witnesses a gangland killing raid. Enter the Cartel—and a charismatically ferocious gang boss (Noe Hernández﻿). When the girl out seeks help from the police, she is simply "delivered" to the mob. Enter collusion and corruption. From then on, Laura will go through almost all the possible episodes a hostage can experience in the hands of a Cartel boss. Something like a fatally logical chain of events transform her into the powerless puppet of the boss, a witness and accomplice, a victim and accessory. Her reward is an arranged victory at the TV contest. Yet Laura's story does not end on this ironical note—she is then used as a bait in a mob plot to kill a police general  Even if she finds her own way to rebellion, a final twist in the story shows that justice definitely has not prevailed, and that corruption and violence are just "the way things are."

Naranjo gives here what could be called a "neo-melo," or even a Mexican-society-cartel-plague version of, say, Mizoguchi's The Life of Oharu. Even if one could criticize the somehow too mechanical narrative arc, and find some flaws in the Stephanie Sigman's acting, Naranjo finds his way brilliantly in many scenes, including action scenes, with neither pomposity nor sordid realism, yet with an energetic political standpoint, and quite some style. He draws a very striking image of gang methods and their "work" and routine, to which his excellent casting for the boss and his sicarios is a major asset.

Here is the relentless portrait of a society of violence and corruption, with an interesting and original study on "normality" and "passivity."﻿﻿

This review is adapted from a piece that originally appeared in our coverage for the 2011 Cannes Film Festival.