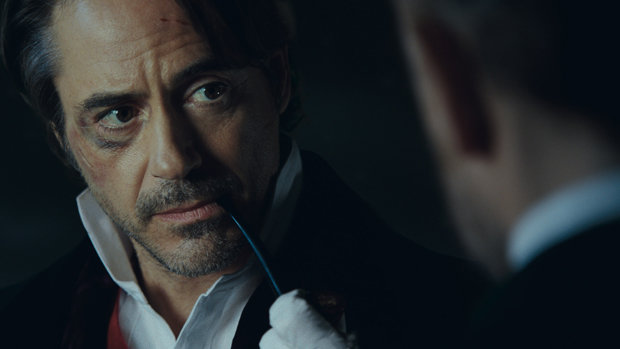 Two peculiarly analogous franchise installments, both boasting impending doomsday scenarios, cool-sounding-yet-meaningless titles, and an emphasis on sprinting plots that sacrifices images in favor of momentum. Two machine-tooled productions, spottily fun as decathlons for their quasi-superhero protagonists but consistently fun as spot-the-auteur games, where one (Sherlock Holmes: A Game of Shadows) suggests a bizarro version of A Dangerous Method and the other (Mission: Impossible—Ghost Protocol) brings to mind the noble name of Frank Tashlin.

In Sherlock Holmes: A Game of Shadows, Guy Ritchie returns to his favorite stylistic shape, the belligerent mind that folds onto itself. The mind of course belongs to Holmes (Robert Downey Jr. in high-functioning-ADHD-patient mode), and the way that Ritchie apparently sees no difference between the queeny Victorian sleuth and the gangland bulletheads of his earlier crime films attests either to a budding interrogation of hyper-macho action heroes or, more likely, to the belief that slow-mo explosions look cool in any era. “I repress nothing,” quips the unkempt detective, whose sensations often take the form of darting montages where the anticipation of action, rather than the action itself, is the focus. By contrast, his Mabusean adversary, Moriarty (Jared Harris), is scholarly, Teutonic, and with only an occasional twitch to hint at the mania twisting under the tuxedo. He’s also bearded so much like Freud (and so given to warmed-over Freudisms like “hidden in the unconscious is an insatiable desire for conflict”) that his conflict with Holmes at times stirs up cracked-mirror reflections of A Dangerous Method, David Cronenberg’s own recent abstraction of period dramas.

However, where Cronenberg stages the encounters between Jung and Freud as sardonic volleys of discipline and turmoil, Ritchie is all too happy to choreograph the climatic chess showdown between Holmes and Moriarty as a literal pugilistic bout. (Holmes’s bromantic repartee with Jude Law’s colorless Watson is still a game of cricket played with sledgehammers.) Only one sequence, set in a Swiss drawing room crammed with diplomats (and one camouflaged assassin), makes use of clues and deduction with enough deftness to synchronize the camera’s searching eye with those of the people on the screen, so that the realization of the killer’s identity clicks like a moment out of Lubitsch (think, say, of Edward Everett Horton’s suspicion suddenly crystallizing in a gondola-ashtray in Trouble in Paradise). For the rest, Ritchie’s insistence on noisy physicality derails the initial focus on the abrupt shifts of Holmes’s psyche—when the herky-jerky camera zips into the barrels of a musket or spins through the gears of a cannon, is it visualizing the mercurial mindset of the inquisitive character or merely the lack of confidence of the antsy filmmaker? 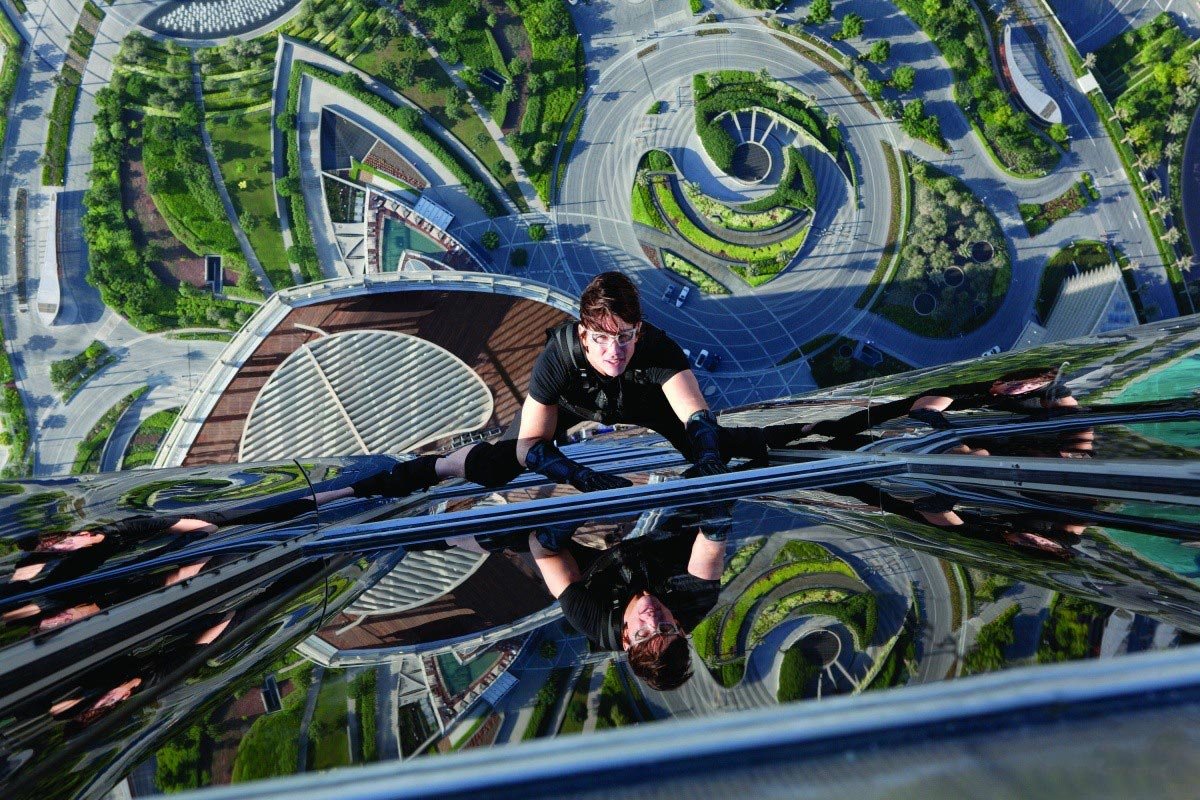 With their eccentric and lousy ideas, the Sherlock Holmes films are easily identifiable as Guy Ritchie films. With the Mission: Impossible franchise—a more established, hence more inflexible, brand name—authorship is a muddier matter. Surely there’s a case to be made about Tom Cruise as its driving star-auteur, just as Albert R. Broccoli and Harry Saltzman remain the producers-auteurs behind most of the James Bond films. Still, it takes just one glance at the illusory surfaces of the 1996 Mission: Impossible film to see Brian De Palma, and but a couple of seconds of the 2000 sequel’s undulating rhythms to spot John Woo. Towards the end of Mission: Impossible—Ghost Protocol, animator Brad Bird’s first live-action film, Simon Pegg scrambles to control the wires that keep Jeremy Renner bouncing up and down an air shaft like a yo-yo, and at once one recognizes the rodent clumsily puppeteering the novice chef from under his hat in Ratatouille. Earlier on, the series’ trademark self-destructing message is so worn it needs a little bump in order to self-destruct, and it’s a gag straight out of The Simpsons.

Of the Pixar animators, Bird has always been the one most interested in quicksilver dimensionality. His spatial virtuosity is amply evident in the action set pieces, which aim to swell the screen up to epic levels as surely as the choppy editing of J.J. Abrams’s Mission: Impossible 3 shrunk it down to the size of a TV series. Glass skyscrapers and multi-level garages provide dizzying verticals, deceptive perspectives pop up as a fake corridor is projected onto a scrim, and all vantage points evaporate in the midst of a sandstorm. It’s lucid, ingenious filmmaking, at least until the action motor slows down and the paint-by-numbers handling of flesh and bone turns glaring. Another former cartoonist turned filmmaker, Frank Tashlin adored weird shapes and lines, and could bend even dull performers into elements of a gaudy Looney Tunes frame; a whiz of visual movement, Bird goes absolutely limp during human sequences, stranding his actors in indifferent compositions and hacked-off close-ups. Tashlin may not have been able to shoot a car chase with Bird's perspicacity, yet I wouldn’t trade one of Jerry Lewis’s spastic arias for all of Tom Cruise’s midlife-crisis calisthenics.