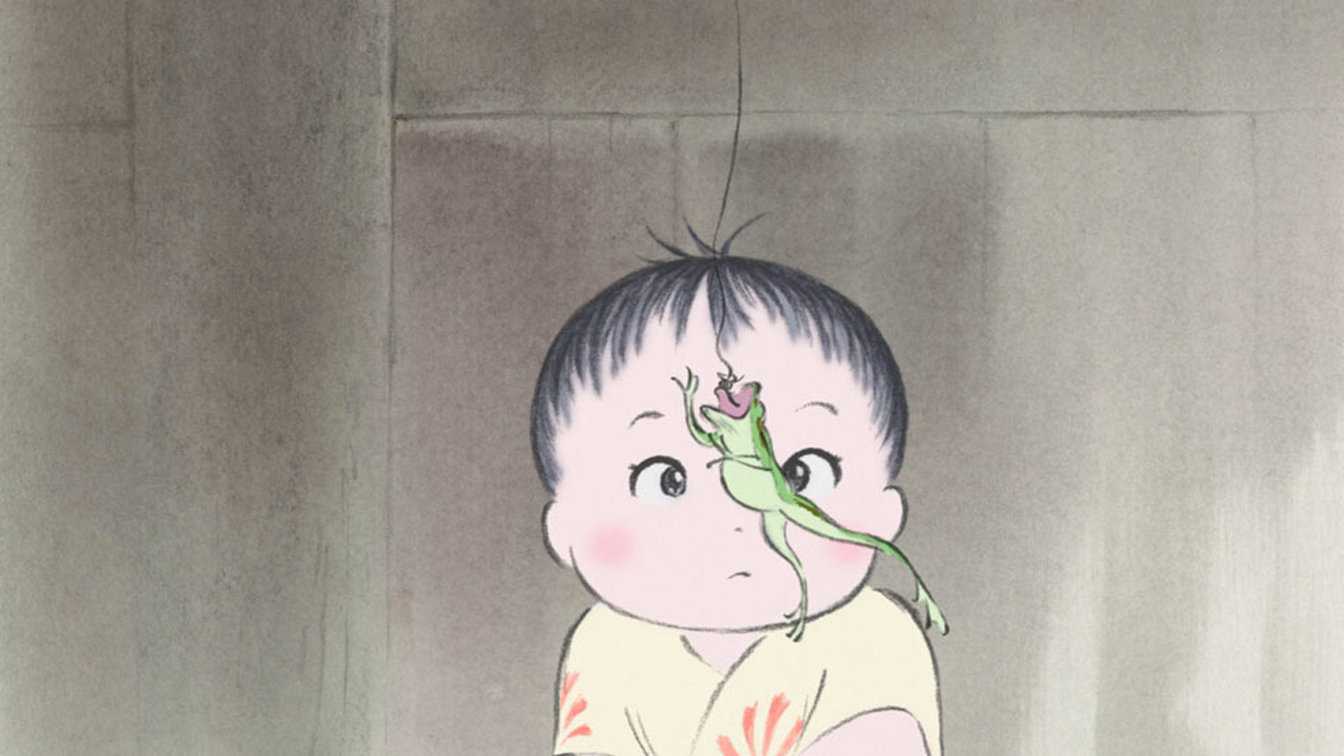 In the Competition at this year's Festival de Cannes, Jean-Luc Godard bid goodbye to language, while down the boulevard in the Quinzaine des Réalisateurs (Directors' Fortnight)﻿, the master Ghibli animator Isao Takahata bid goodbye to cinema. Godard might assert it's one and the same. Certainly The Tale of the Princess Kaguya, Takahata's final film and one adapted from the classic 10th century Japanese folktale "The Tale of the Bamboo Cutter," leaves the earth behind; at its end, the princess who appears to a humble peasant returns to her place of birth, the moon. Yet the story is not just one of death but one of birth and maturation—and perhaps therefore rebirth.

A great, grounded realist with a firm eye but a light touch, Takahata's leisurely swan song has a rare serenity and grace. Its hand-drawn images look watercolored, loose and free, humble but full of beauty. The first act, of a baby princess being found in a bamboo forest and growing quickly under the warm attention and awe of her two middle-aged adoptive parents, is a joyful song of the tender, unwieldy human movements of childhood and the pleasure they bring to those around them. Every motion animated seems a content wonder. The time coincides with the princess' happiest moments, those in the countryside, in nature, Takahata and Ghibli's idealist environmentalism preserved without message and only delight, movement, soft tumbling lines, glorious elation.

Later, the father has ambitions to bring the young girl up in the city as the royalty heaven has indicated her to be. So, Malick-like, they leave nature for society, drawn in quiet refinement with confining lines and sure, elegant motion. Despite the lavish attention and the proper, prosperous upbringing, the princess rejects all suitors including the Emperor as insincere, and withstands from full integration into the Japanese upperclass, remaining melancholy at her separation from her original, adopted earthy roots. Two stunning dreamlike sequences—one in furious, expressionist animation momentarily tearing at the film's wise calmness—startlingly open up the brilliant emotional inner life of a being not of this world: the subjectivity of a vibrant spirit.

Eventually the heavens reclaim her, but whether it's death, womanhood, or, simply, withdrawal she attains is unclear. From mythology to grace to reality to mythology again. What a final film indeed.

This review originally appeared in our coverage for the 2014 Cannes Film Festival.

The Tale of the Princess Kaguya