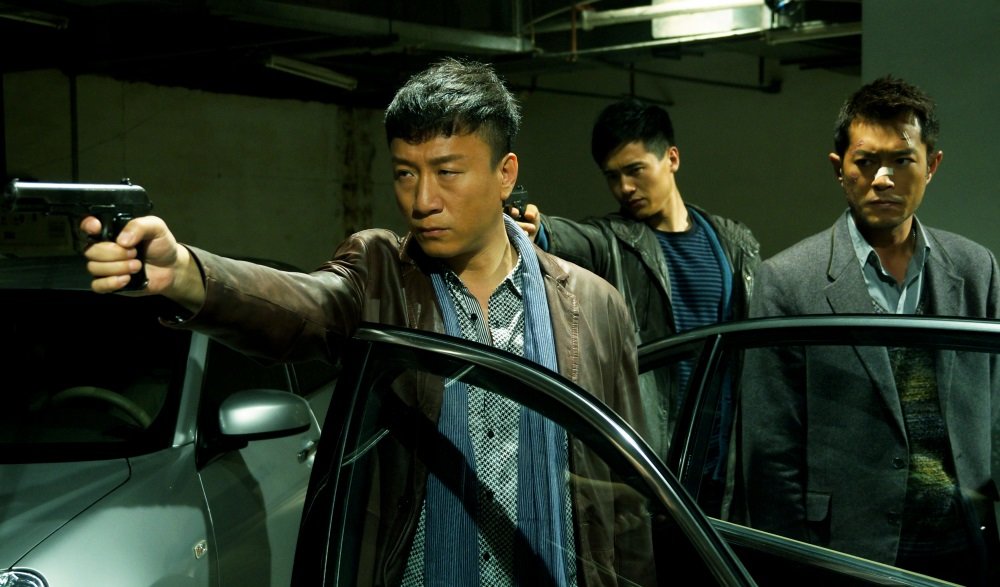 In a summer suffuse with the overblown abstractions of CGI blockbusters, one welcomes a return to concrete filmmaking, and Johnnie To's great Drug War served this purpose perfectly: firm lines, structural plotting, and geometric decoupage makes for a highly material formalism, all deeply tied to the director's first completely Mainland Chinese production.

Like 2011's romcom Don't Go Breaking My Heart, this film is powered by formal play, but the material here is a corrosive but ambiguous thriller about a Mainland Anti-Drug cop (Sun Honglei) chasing down suppliers, transporters, and the moneymen forming a curvilinear connection spanning Hong Kong, going through China to South Korea and ending in Japan. Louis Koo is a loyalty-hopping Hong Konger cooking meth on the Mainland; caught by the police, he is blackmailed under the threat of execution by the State into exposing factories and ratting out his workers, then forced to go undercover with the cop to indict first a manic nouveau riche Chinese buyer and then a Hong Kong cadre of financial backers.

Drug War is made up of two panels, the first of which is a flip-flopping game of plot mechanics. Koo on one side, then the other; the Mainland cop first a policeman and then undercover as a crook; electronic dances of surveillance footage, text message codes and inter-departmental rendezvous; bag exchanges going this way and that; front men, mouth pieces and other shamming. The second panel is the same thing, but spatial: lone Koo's egoist side-swapping gets the best of him and spawns an endless shootout and massacre between cops and crooks, allowing To full reign in several set-pieces that show the director's actionwork at its best, playing with obliquely angled perspectives, lines of fire, elaborate blocking in space, and ingenious use of objects, vehicles and setting. It is as exciting as kinetics as it is as pure formalism, symmetrical and asymmetrical alignments and misalignments of figures in the frame, guns a-blazing or bodies crumpling (there is barely any blood here, presumably to conform to Chinese censorship, within which this film had to be created).

The politics are complex for such a generic story: the supremacy of Chinese surveillance, yet the disposability of their men on the ground; the merciless amoral selfishness of the Hong Kong man stuck between Mainland survivability and Hong Kong allegiances; the buffoonery of his Mainland entrepreneurial connection; the playful but pathetic gang of Hong Kong moneymen (including To axiom Lam Suet); the bizarre and moving portrayal of two of Koo's factorymen (deaf and dumb!) as the most heartfelt, canny and stylized characters in the ensemble (thanks to Shelly Kraicer for making this last, incisive observation). This dancing play of genre conventions laid smoothly cinematically but with supreme ideological prickliness across the film culminates in the last scene, which perversely is also the film's trailer, of Koo being executed by the State—the film's ultimate ambiguous gesture, able to be read by audiences in two different directions at least. To's first full beachhead into Mainland filmmaking—after 2012's other partial-Chinese production, Romancing in Thin Air, also playful and a very uneasy study in melodramatic image politics—thus combines exhilaratingly articulated structural formalism with a politically ripe engagement of the meaning To's images have when operating in a new world.﻿﻿﻿

This review originally appeared in a modified form in our coverage for the 2013 International Film Festival Rotterdam. ﻿