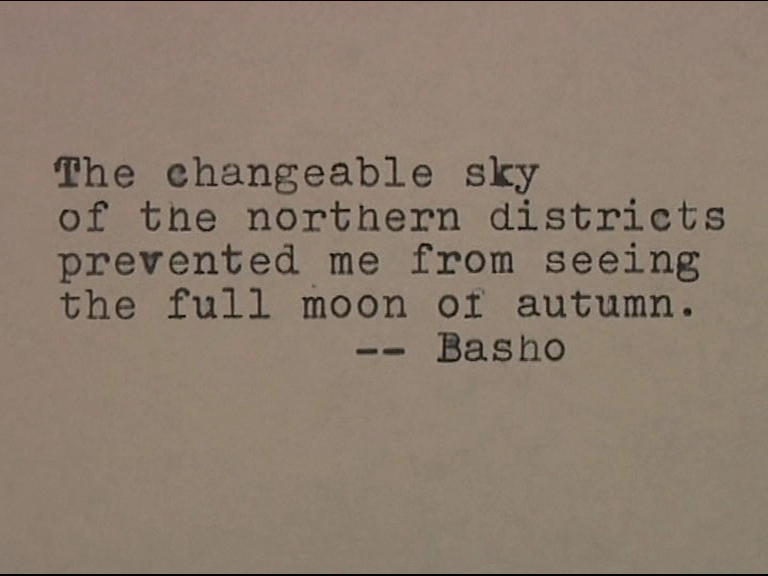 You might not expect it from the whimsical, episodic structure, or the convivial air promised by the retinue of famous and semi-famous faces, but Jonas Mekas’ Sleepless Nights Stories is downright creepy. Opening with an insomniac Mekas wandering about his new apartment at 4 am bemoaning a life packed away in cardboard boxes, it blossoms into a peripatetic nocturnal diary, told via chance meetings, literary references, and typewritten inter-titles, a collection of stories bound thematically by invocations of Dante, The Arabian Nights and Japanese haiku.

It’s a midnight ramble that, despite quotations from peaceful, naturist haikus by Bashō﻿ and Kobayashi Issa, has one foot in the demon-infested world of Japanese folk legends, where literal manifestations of doom creep at every turn. The film’s shadowy atmosphere, playing out in crowded bars, gallery openings and friends’ apartments, shifts from crepuscular to spooky because these encounters, through their stories, imagery or simply the appearance of people who have since passed on, return time and again to death, a topic that understandably seems to occupy the director, who turns 89 next week. 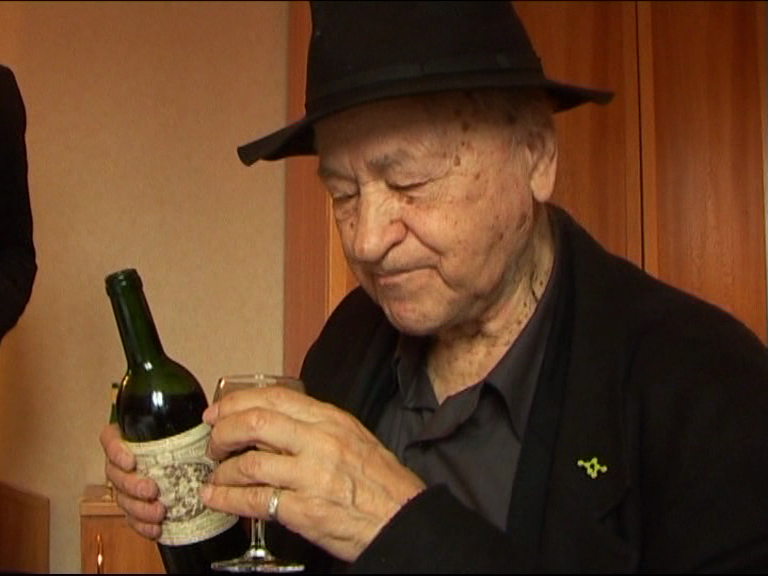 The defining characteristic of Mekas' homespun films has always been his spastic, no-frills cinematography, the invariably handheld camera rattling along as a self-extensive appendage, its footage seemingly indistinguishable from home movie recordings, free of any apparent formal technique. Harmony Korine describes this method incredulously in one segment here, telling the story of a previous interview with Mekas, his camera propped up on a stack of magazines, gently nudged back whenever it began to slide off. This style is key, not only because it grants preeminence to intimacy, playing up the everyday qualities of his approach, but because it solidifies Mekas, and by extension the viewer, as detached, perpetually helpless observers.

As a victim of two of the biggest forces of the 20th century—German militarism and Soviet occupation—Mekas clearly understands helplessness, and it's a feeling his shaky reveries convey masterfully. It’s there in the persistent melancholy of Reminiscences of a Journey to Lithuania﻿ with its crippling sense of negative space and tragic external circumstances, a young Mekas ambling around Brooklyn with his broken Bolex, nestled amid crowds of like-minded refugees. It’s there, even more acutely, in the disconnected voyeurism of Lithuania and the Collapse of the USSR, with Mekas watching TV news footage in his living room, deprived of even a spectators’ helplessness, removed from the situation in his former country by a compounded system of filters.

It’s certainly present in Sleepless Nights Stories, which gazes upon an immutable force with equally paralyzed vulnerability. Death is the ultimate equalizer, and it’s the invisible guest in all his nighttime visits. There are numerous wakes, for figures both long dead (Marie Menken gets a toast and a song in a Luxembourg hotel room) and recently departed (Mekas and some friends listen to Amy Winehouse over glasses of white wine, deciding that “allowing the Muses to do their work is more important than our bodies”). 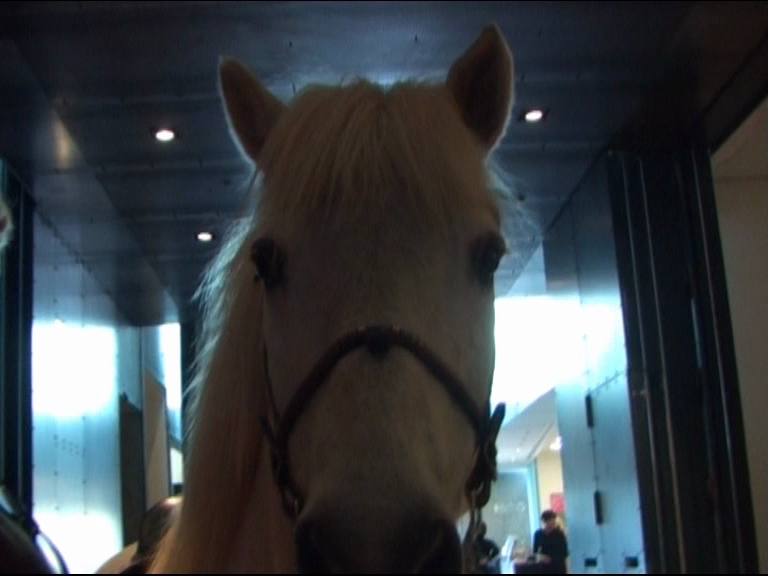 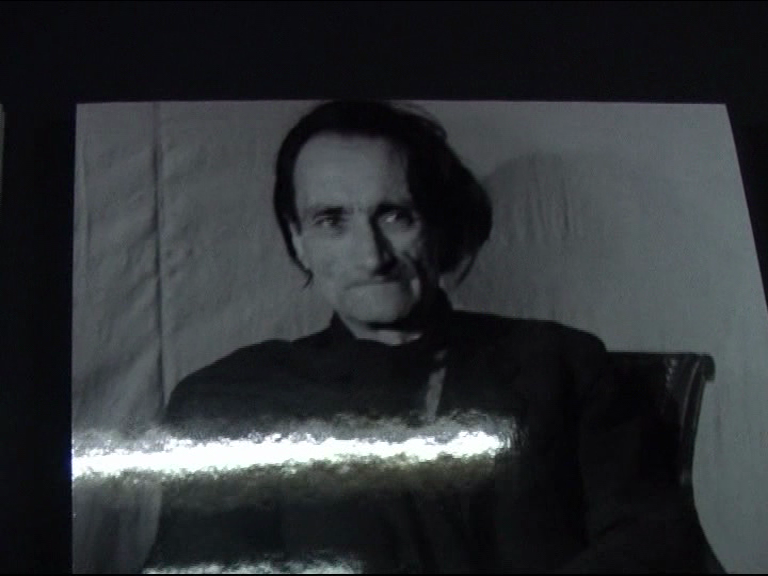 Other events are less direct but just as eerie. A pristine white horse takes a tumble in a gallery, leaving its rider with a face covered in blood. The camera shifts from photos of an aged Antonin Artaud, his already grim face spavined and drawn, to a showpiece hospital room. Mekas recalls moving to Greenpoint, only to find his apartment sitting above the site of an old oil spill. There are three concurrent episodes with Korine, who quickly goes from engaged, to newly married, to the father of a young son. All the while there’s the sense of time rapidly passing, a feeling cemented by the bookended creepiness of two woodland-set reveries, one where Mekas pines over the lost forest of his childhood, the other in a rural cottage late at night, a possum staring in from outside, a scene shared with Mekas’ now deceased brother Adolfus. 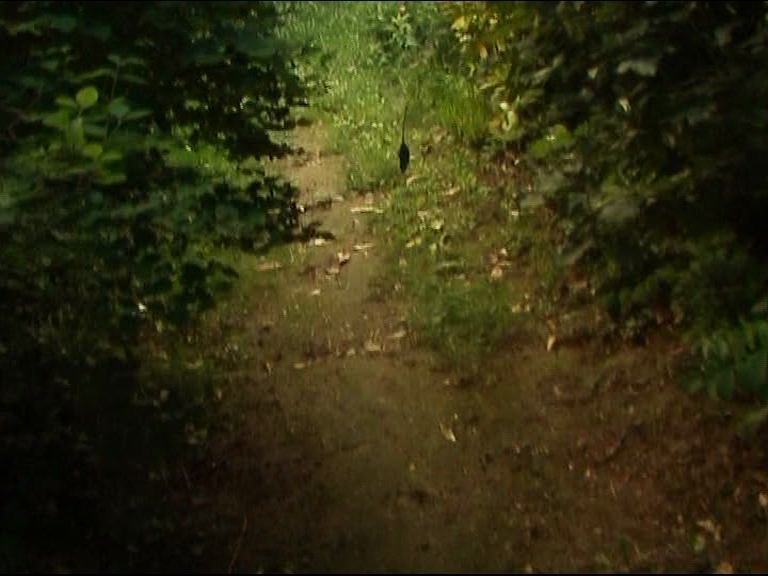 All this makes Sleepless Nights Stories sound resolutely dismal, which isn’t really the case at all. As with many of his films, Mekas’ approach is often blackly comedic, and there’s an air of mirthful revelry, remembering times spent with the lost, that accompanies all this doomsaying. It could be said that Mekas is equally concerned with the passage of time, a subject visited in his forest memories, examinations of old garlic and older trees, and stories like the one told by Louis Garrell, who fondly reminisces after running into an old girlfriend.

Finally there’s Björk﻿, who in the penultimate scene picks Mekas up from the Reykjavik airport, an act that can be read either literally (a final friendly gesture in a film flush with the warmth of friendship) or figuratively (some mythological nymph ferrying him to the other side). As they have in the past, Mekas’ video diaries inevitably becomes about the personal way in which one individual deals with situations impossibly larger than himself, an act of transference, in which a world’s worth of problems are shrunk down to the size of a camcorder frame. It proves that Mekas is still very much awake, contemplating the broad gulfs of the past and future, the little life that, as Shakespeare put it, “is rounded with a sleep.”