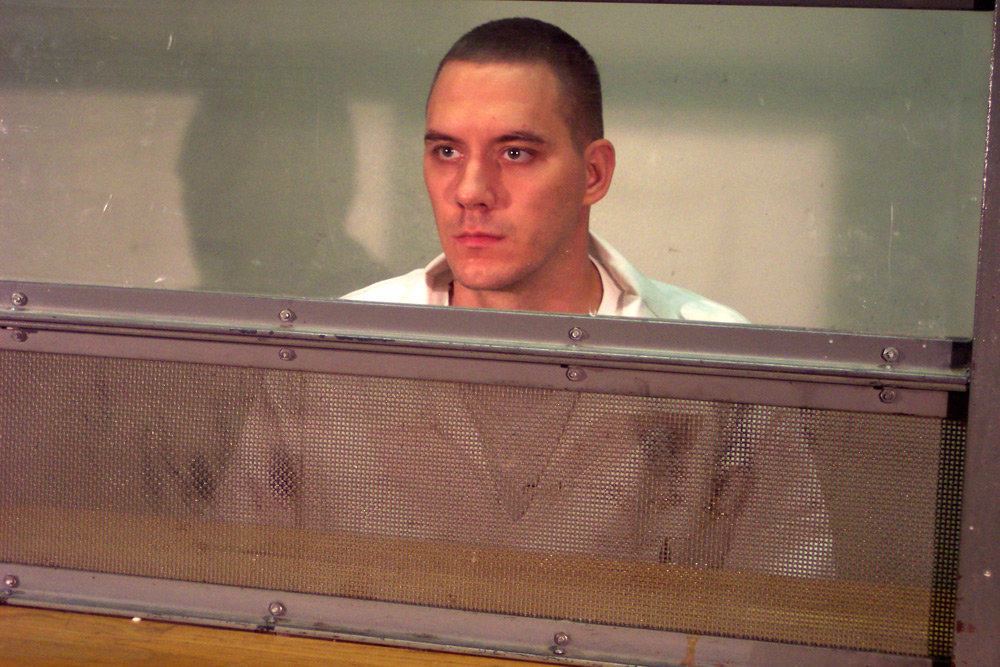 With My Son, My Son, What Have Ye Done I should have drawn further conclusions on the secret bond shared between Werner Herzog and David Lynch.  The two both share a vision of the human race as a strange and fascinating alien species, one begging for exploration, interest and sympathy, with Herzog attuned to the character and the locations of the species and Lynch interested in its iconography and psyche. If Lynch chose to make documentaries, and in a way I'm surprised he hasn't, he might have been similarly drawn to Herzog's Into the Abyss, a moss-colored geometry of small-town Texas (specifically, Conroe) where all humans are instigators of or touched by violent tragedy.

With a triple-murder at its core—visualized through 2000-era police scene video footage which looks like Lynch's recent video works in its uncanny documentary texture of unreality—Herzog speaks to the convicted (one serving life, one on death row), family of the convicted, family of the victims, and, most tellingly, to a small, strange assortment of people connected mostly through proximity to the violent crimes or state executions—the death house chaplain, a former death house captain, a former convict and now regular "citizen" of the town, and a bartender who feels brushed by death. The filmmaker talks with loose, amateurish presence to the people—leading questions, re-framing camerawork, shoddy jump cuts—and by talking to them makes them participants in a weird, painful geographic-familial-residential tapestry of anguish.﻿

Into the Abyss looks and feels like a shoddy television production (excusing Mark Degli Antoni's chilling score, used overbearingly but still tonally important), as if Herzog hijacked a bad investigative special on "the death penalty in America" but got too sucked into the grief-stricken stares of the afflicted and over-convinced, over-assured manner of the convicts to push his subject—and his filmmaking—further. Yet, like with Chantal Akerman's similar pursuit of the texture of a small American South in Sud (1999), the sense of places not so much found as conjured and then documented still remains, as do their inhabitants.

The director's preference for people living extreme lives in extreme surroundings is frighteningly re-contextualized to the flat banality of a small town America that is so clearly living and conscious of living within an omnipresent aura of violence and sadness, imprisonment and self-consideration.  Being torn not from the end of the world, depths of the Earth, or the wilderness of the jungle, Into the Abyss achieves an even more extreme level of alienness than Herzog's other many subjects—a film aghast at the levels of cruelty and pain that exist even in the smallest and most lost of human worlds, a little town in Texas.﻿