For the rest of the Notebook's Fantasy Double Features of 2012, see the poll's main index. 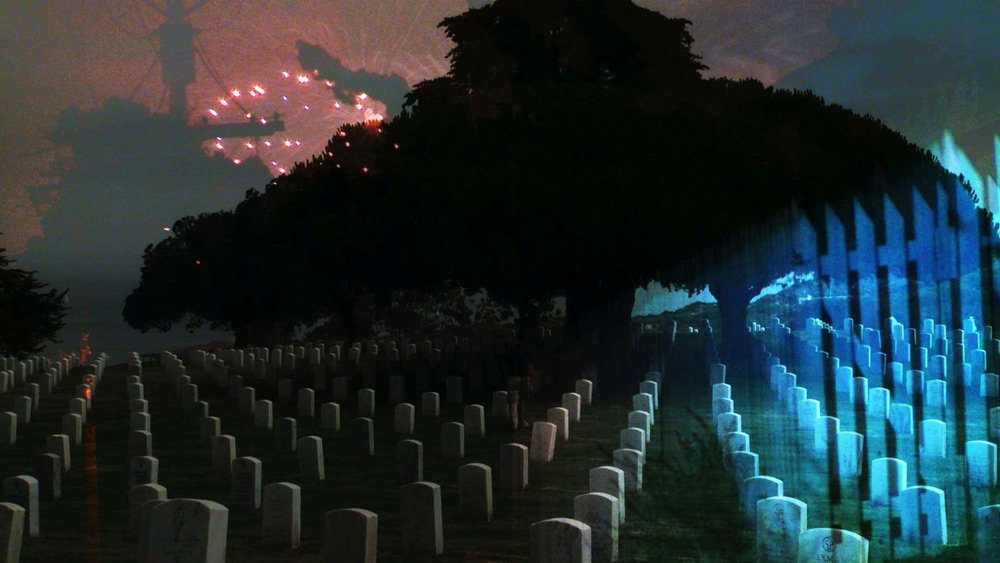 Two works of international(ist) solidarity made exactly half a century apart (Far from Afghanistan was already shown on the net last year in the so-called October Version), both dealing with a colonial war and its ramifications for the victim—as well the aggressor and collaborator state. Two works, also, of fragmentation, multitudes of voices, dialectic pluralism; Gass sub-divided his film into three parts (actually, it's more like two halves and a coda), while the Gianvito-masterminded project consists of five quasi-independent segments (working also quite well as stand-alone shorts) plus half a dozen interludes. Yet, in one—maybe the most—crucial way they're light years apart: Gass lays it down smack from the center of power—Gianvito and his comrades, in stark contrast, voice their reason from a space on the fringes of nowadays politiophilosophical mind-, discourse-scape. Read: One can feel the foreign policy-importance Allons enfants... pour L'Algerie was accorded from the muscular swagger with which it steps up and gives the viewer a well-phrased and -montaged piece of its mind; Far from Afghanistan, in comparison, has a certain sense of discretion, shyness, poetic circumspection to it, which makes whatever it demands, decries or warns against sound like a strong consideration or an urgent plea or an angry prayer. Put simple: Gass is in offense, Gianvito and friends are in defense (and looking at nowadays global politics, there's certainly a lot in dire need of being defended, if not taken back, by all means necessary). Far from Afghanistan works above all as a treatise on decency, in that as an essay about willful ignorance in an age of (a what we're lead to believe is) an ever-constant availability of goods and knowledge galore, a presence permanent of all sounds and images around the world—there is so much information, audio-visual documentation of crimes against humanity available to view and listen to, and yet we don't care; call it: a partisan home-front effort from a nation ever harder to see. Allons enfants... pour L'Algerie, again, gets a lot of its power by being able to unveil hidden facts and connections, or at least by making the appropriate revelatory gestures—here, information is hidden and hard to come by for mere mortals like those sitting there in the dark getting enlightened about the evil man does; Gass made a stand for certain principles, rights, measures.

Cinema, back then, meant something different—it was a key source of information, a battle ground, the true difference. Which means that filmmakers, artists played a very different cultural part back then.

Another double feature might make that point a tad clearer:

The former is credited as a production of the Royal Shakespeare Company and was rooted in its Brook-structured collective creation called - US (1966) (one might also add that it got made right after their milestone Peter Weiss-adaptation The Persecution and Assassination of Jean-Paul Marat as Performed by the Inmates of the Asylum of Charenton Under the Direction of the Marquis de Sade, 1967). This work, the credits, the opening implies, is an artistic intervention of general interest: An institution of public life puts forth its view on a current political topic, considers the crisis its pólis is in, knowing full well that their opinions and insights matter (in principal). The intellectuals seen and heard in Karmakar's work, again, know full well that their ideas and observations have no real weight in the current climate—yet, they do make their stand, also to regain political ground lost in the last two to three decades. Or put another way: The actors of Tell Me Lies (A Film About London) act as concerned citizens, while the academics, journalists, scientists etc. in Angriff auf die Demokratie – Eine Intervention turn—in unstated accordance with their role as Society of Spectacle thinker-stars—their reasoning into performances. All of which is to say: That the respective collectives of Far from Afghanistan and Angriff auf die Demokratie – Eine Intervention try to act in the same way as the makers of Allons enfants... pour L'Algerie and Tell Me Lies (A Film About London) knowing full well that they can't but still have to—if times are to change then one has to act discordantly. 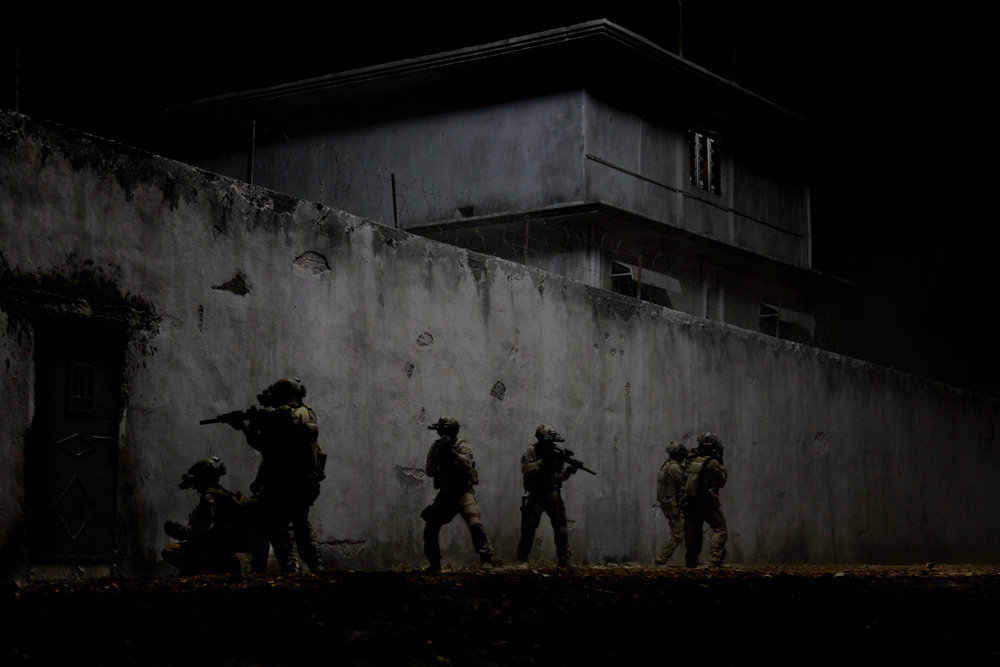 This is a devastating one: Again exactly half a century has passed, again an attitude has turned 180°. Die Frage is the first adaptation of Henri Alleg's La Question (1958), an exposé-novella on the French Armed Forces' and Secret Services' use of torture in Algeria, made by former maquisard Muhand ʿAlī Yaḥyā as a student project in the GDR, at its Hochschule für Film und Fernsehen, featuring in the last scene Alleg himself as a witness to the work's justness and sincerity. There is no doubt here that torture is a crime, and that this crime was committed on a daily basis; and while it's clear that Die Frage concerns Algeria, Yaḥyā found an aesthetic middle-ground that makes the film applicable to acts of political torture as such—Algeria under French rule is wherever one human being inflicts pain upon another in order to get information, or just break his soul through terror. In Zero Dark Thirty nothing is certain anymore, torture commonplace and generally accepted, routinely administrated with disinterested efficiency—the broken break those still whole, without any clamor on each side, all keeping their calm, everybody knows that something is going to happen, and whatever happens, and in whichever way, something interpretable will certainly come out of it. The film is a meditation on life in the Gray Zone where torture is disgusting while necessary, secret services are generally accepted rogue elements to secure society's functioning etc. Here, human existence is a crisis that knows no resolve; here, the question is life's essence, not the answer, and so is the chase, and not the prey, and not the kill; here, it's the abyss. All the while, ʾUsāmah bin Lādin got executed extralegally, which makes look ethically deplorable while politically acceptable—part of the risk, the Rules of Gray everybody subscribes to and adheres by, no questions asked. And all the while, his body got buried without leaving any trace of his existence—nothing that bears witness to his fate. Nobody here is accountable for anything anymore. What would Muhand ʿAlī Yaḥyā say to all this, what Henri Alleg?﻿

This we can say: Bigelow is not alone with her vision of capitalist mankind now—just compare her Maya (Sanskrit: The Illusion) with Theresa from Ulrich Seidl's Paradies: Liebe, the way both work hard on their emotional ie. ethical flexibility—or is it hardening?—or Gilderoy in Peter Strickland's Berberian Sound Studio, who in the end fails—or passes?—a version of the Stanford experiment, or indeed Django in Quentin Tarantino's Django Unchained, who accepts a fellow human being's horrible death to be in the position of saving another one.

And here, as an afterthought, is another work interesting to consider in relationship to Zero Dark Thirty: Hannah Ryggen's Drømmedød (1936), a tapestry woven with fear and urgency in protest against Germany's concentration camps (Django Unchained's nature as the dark dialectic doppelganger of 2009's Inglourious Basterds brings such things to mind...). We mention this here as Ryggen's tapestries were the works that impressed us most at dOCUMENTA (13).

Marée noire, colère rouge is an exemplary piece of cine'interventionism shot immediately after the Amoco Cadiz ran aground at the coast of Brittany on March 16th 1978, only a few years after two similar ecologic as well as economic disasters hit the region, hard. Cultural pride, worries for his native land's well-being, indignation about French state television's (mis)handling of the news, dissemination of counter-information, plus all-out agitation for the communist cause make Marée noire, colère rouge a potent mix of J'accuse, satire and community building-tool. 34 years on, we sat on a cozy, red leather couch in the defunct bar of Kassel's former main terminus demoted now to local traffic thoroughfare and looked for hours on end at a mass of (mainly TV-)footage about comparable incidences and monstrosities getting shuffled around according to an algorithm—an AV-tidal wave of awful, images known too well, variations of the ever-same, set after set. Quite an experience, that: Sometimes it felt like drowning in an ocean-size miasma, othertimes as if we finally could learn to stop worrying and love neoliberism (as Johannes Agnoli calls the shit we're in).

Our contribution to the Günther Anders-centennial. Günther Anders – Die beweinte Zukunft marks the great philosopher-maverick's last quasi-public appearance: Too weak already to appear at a reading, he agreed to do it at home before a video camera, so that a tape could be played at the event. What got preserved this way is his indomitable spirit, formidable bearing in the face of a future for which tears shall be shed... This testament-like AV-object is the perfect prologue for differently, Molussia, an adaptation-in-free-floating-fragments of Anders' sole novel, Die molussische Katakombe (1932-36), which got published only posthumously. The film consists of nine acts ie. reels; eight feature a story each from the novel, the ninth is an entracte made solely with noises and images. These nine reels are mutually interchangeable—no fixed place here for any of the stories. Yet in whichever sequence they get told, certain political conclusions remain inevitable—same way that the human rights are inalienable.