Who remembers today that thousands of flyers of Paul Eluard's poem "Liberté" were parachuted over occupied France by British RAF in the summer of 1942? What a disturbing mystery, hearing it as key dialog line (to be rehearsed, to be played, to express one's mind, to circulate as a cursed yet essential script) in Cronenberg's Mapa to the Stars. Well, Cronenberg's film opened in Paris today, and yes, this is where I saw it, comfortably sitting in my neighborhood grandiose arthouse cinema, the wonderful Louxor Palace of Cinema (a perfectly restored—and programmed—1921 built cinema theater in a working-class neighborhood), recently reopened after too many years in limbo.﻿ 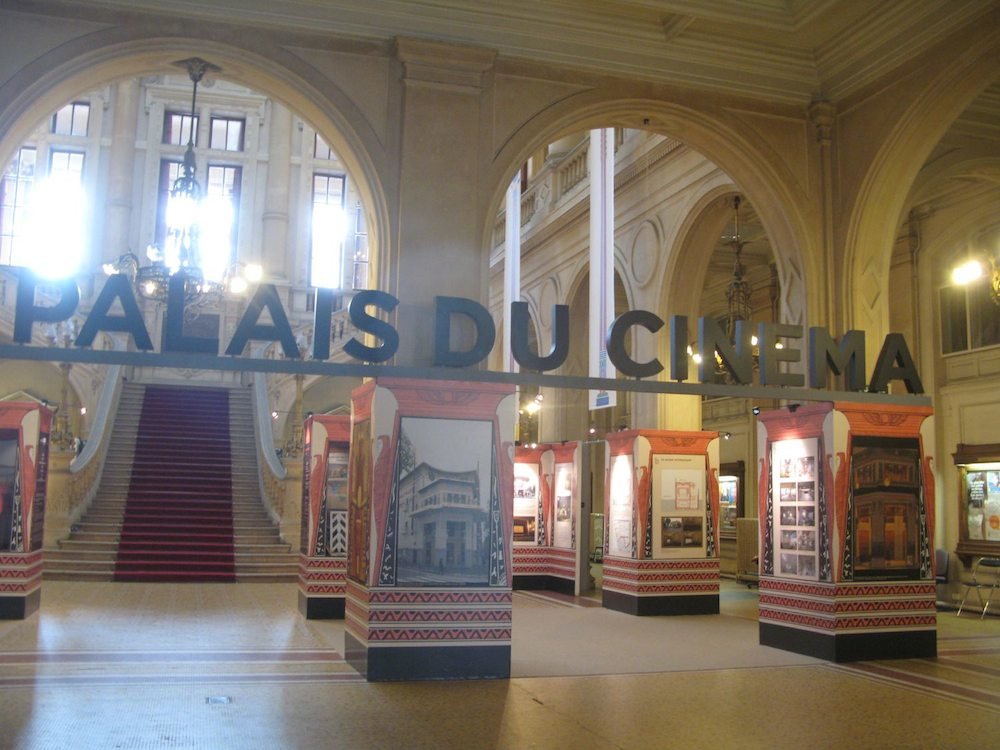 And no, it's not tough not to be in Cannes anymore. And yes, Cronenberg's film is far more interesting than its own script or whatever satire of Hollywood it may look like. The neighborhood audience and myself  enjoyed the film while not particularly interested in any of Julianne Moore's "daring performance" nor Pattison's "fleeting presence" (but then, to everyone his own Depardieu) or whatever "too late to do that" private jokes: what came to my and fellow viewers' minds (you know, when you start chatting on the sidewalk after the film) were the titles of famous films. No, not by Lynch (even if the name comes to one's mind)… Night of the Hunter meets Sunset Blvd. Seeing the siblings, after a long ghost-haunted drama, after the long abusive chase they endure from their weird parents and entourage, after a long play of metaphors about how this world seems trapped in a big dysfunctional family figure (too simply put, I admit it…  but say, the victory of industrial fiction over life? Storytelling as The Matrix?), marry their psychosis for love and put an end to their lives in the same gesture—thanks to the drugs of their providers / therapists, nobody seems to make a difference anymore—emotion swells and tragedy strikes.

Could it be that the circulating dialog lines from Paul Eluard's poem Liberté (quite a heavy reference when you think of its context) lead me/us to feel the film was about nothing else than about "resisting"?  Never mind the possible flaws of the film (so straightforward that you don't even want to comment about them). With its way of combining low-angle shots with wide angle close-ups for over-tense dialog scenes, its flat digital light and its totally musical editing (based on beat, just beat, even when the soundtrack has almost nothing to work with except spoken words, like in Cosmopolis), it creates a set for fundamental themes, far beyond its mundane Hollywood context—which, by the way, is less Hollywood than Facebook, so much for labeling the  film as outdated. Ghosts of children and mothers, all about dragging you into your own personal Hell, secrets of incestuous relationships (as so well expressed in post-Romantic literature, like in Eça de Queiroz's Os Maias, 1888), typical Cronenberg issues like scars and twins (I particularly admired the tattooed half-adult, half-child Kayla), tongue-in-cheek crime scenes and wonderfully staged international new age interior design ("showing off" instead of" living in" one's home is a globalized issue), inspired editing (not a frame less nor one too much) for disturbing shot/reverse shot scenes… Cronenberg's hand in directing is to be enjoyed at every moment, slowly but surely building a relationship with the history of cinema and with contemporary "non-reality" (again, life as storytelling), that cannot but connect with an idea of liberty as a last frontier. What this "liberty" can be about beyond suicide is the only real issue of the film.