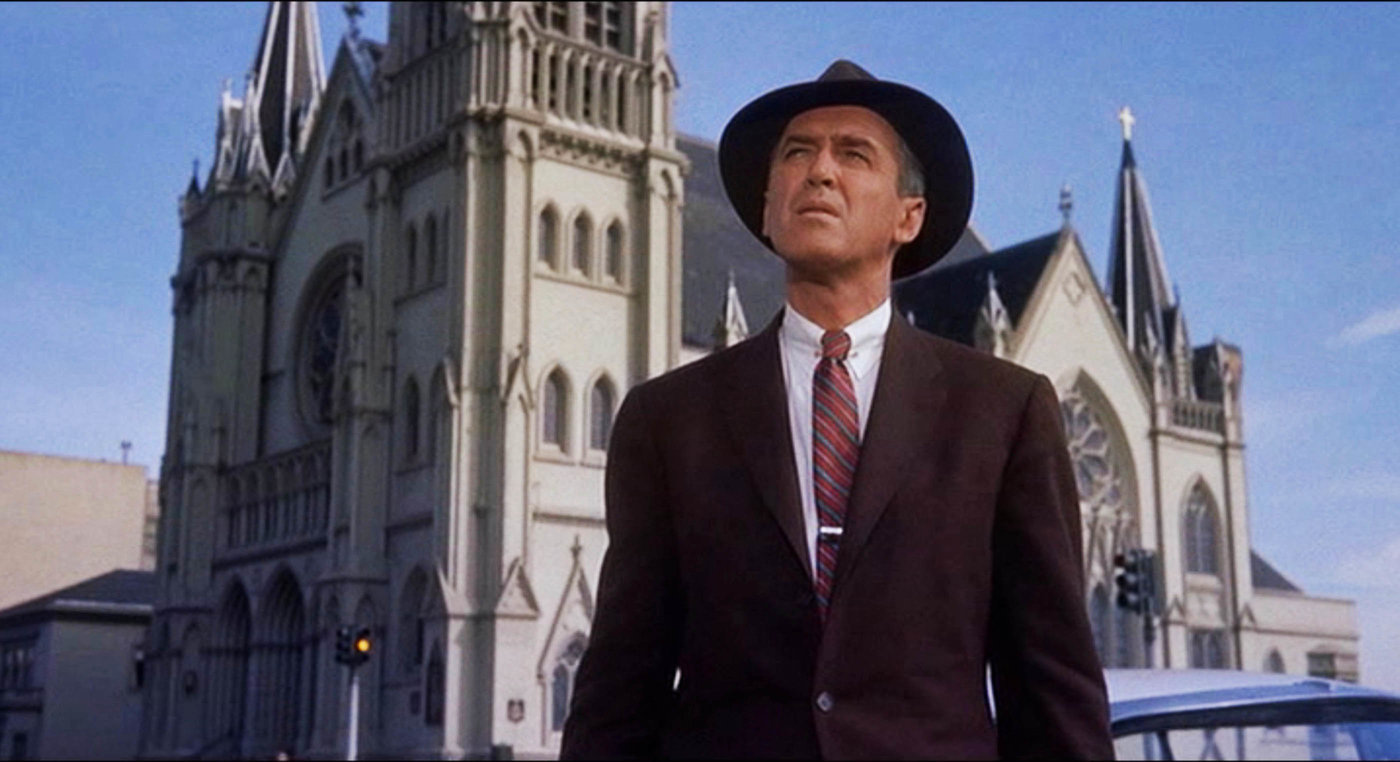 ﻿In response to the presently on-going Bernard Herrmann series at Film Forum in New York honoring the composer's centennial, presented here is a selection of short soundtrack music cues by the composer, with brief observations, and information regarding their availability on CD, LP or other formats.

It’s amazing to think that Bernard Herrmann scored his first film for Orson Welles, and his last for Martin Scorsese, thirty five years later (he died in his sleep, the evening after finishing the recording sessions for Taxi Driver).  This very short cue begins during the Thatcher Library scene, with the Inquirer reporter, Thompson (William Alland), pouring over an immense volume, as the film transitions from over-the-shoulder shot to close-up pan across Thatcher’s handwritten recollections, into a flashback punctuated by a sudden burst of light and music. This musical movement through memory is achieved in less than thirty seconds. Its elative effect evaporates as soon as it is experienced, the music quickly extinguished as the camera pulls away from the idyllic snowscape of Charles Foster Kane’s youth. Herrmann’s skill in balancing the film’s multiple time periods, its characters and their viewpoints, harkens back to his work from the 30s with the CBS Orchestra, and his many radio shows for Welles and the Mercury Theater. It was in the fast paced production of live radio that he perfected the technique of creating uncanny atmospheres, ancient time periods and exotic places, in brief musical compositions that lasted sometimes only seconds long. This cue is from a great 1974 recording of Herrmann suites, "Citizen Kane: Classic Film Scores by Bernard Herrmann,"conducted by Charles Gerhardt, and is still in print.

This cue features Bernard Herrmann at his most avant-garde. Herrmann was a great admirer of composer Charles Ives, championing and performing his work in public whenever possible. Interestingly, in a documentary on the composer, Claude Chabrol mentions that the great composer's dream career was to have been a successful symphony conductor! Besides Ives and others, Herrmann is similar in compositional style and serial technique to Morton Feldman. Feldman’s Rothko Chapel, for instance, puts strong emphasis on instrumentation, silence and rhythm, all elements Herrmann commonly practiced in scoring films. Utilizing the theremin for its otherworldly quality, the rest of the carefully selected orchestra (including Hammond organ, electric organ, vibraphones and harps) describes the strangeness of the alien visitor, as well as the bright cold of the nation’s capital, with its expansive mall and giant stone monuments. Herrmann was a genius at arrangement. His choice of instruments for his scores, his being adamant about writing out all of the instrumentation himself (a duty usually performed by a hired arranger) is what makes the films he composed for so distinctive. The original recordings of this landmark score have been released on soundtrack, and even as a special edition, packaged with a laserdisc, that includes outtakes, theremin rehearsals, and overheard tirades from the composer to the players (“﻿We’re not doing linoleum!” being a highlight).

This is a perfect example of Herrmann’s ability to deftly score music with dialogue, where the soundtrack becomes a third character in the scene; a sonorous spirit moving between a blind woman, Mary Malden (Ida Lupino), and her disturbed younger brother Danny (Sumner Williams). Taking place at the top of a stairwell leading to a storm cellar, (shades of Psycho, with its cellar of secrets) Nicholas Ray’s careful framing of Lupino’s hand caressing her brother’s hair, obscuring our view of his troubled, insane face, is afforded a tragic tenderness by Herrmann’s shifting, agitated score. For every reassuring word uttered by Lupino, Herrmann sets in motion a series of emotional counterpoints, musical impulses and sensitive chord phrasings that elevate this short sequence to a level of expressionistic sublimity; a testament to Ray’s direction and Herrmann’s enormous sensitivity and fierce commitment to the films he scored. Note that this excerpt has sound distortion, being directly from an acetate recording of the original soundtrack, recently released for the first time by the Film Score Monthly label.

This musical cue and sequence with Scottie Ferguson (James Stewart) following Madeline Elster (Kim Novak) to the McKittrick Hotel is one of my favorites from Hitchcock’s masterwork; I don’t know why. Perhaps it’s because it’s the one unexplained, truly macabre moment in the film. Madeline enters the hotel, stands at a window momentarily, and then disappears. As Scotty watches all of this, he emerges from his car as if in a trance, walks along the sidewalk, enters the hotel, questions the manager, climbs the stairs, and finds an empty room. All of this scored as if to Orpheus entering the underworld in search of Eurydice. As with all of their work together, Hitchcock’s masterful rendering of the scene—the location work, the subjective tracking shots, editing and direction of the actors—truly becomes hypnotic under the effect of Herrmann’s haunted music. This cue is particularly rare to hear separate from the film, as it was never released as part of the original soundtrack, its restoration, or any subsequent re-recordings, save for an unusual and unique release of the entire score, with James Conlon conducting the Paris Opera Orchestra, and produced by artist Douglas Gordon, for his Vertigo-inspired work, Feature Film. If you happen to see a copy of this book/CD release for sale anywhere, grab it!

The furious fandango of the “Main Title,” which reoccurs throughout the film’s many chases and moments of action, is contrasted by Herrmann’s pauses, heavy phrasing and moody emphasis in suggesting the distances covered by train, plane and automobile in the film. These slower parts of the score have a lonely, architectural feel, describing a sense of paranoia in internal and external spaces: the United Nations, Grand Central Station, the Twentieth Century Limited and Mount Rushmore. By the time Roger O. Thornhill (Cary Grant) arrives at “The Airport,” Hitchcock has wittily rendered the world insane, with “mad-killer on the loose” Cary suitably perplexed. Three years later, another mad world would be envisioned in Dr. No (1962), and John Barry would embellish Ian Fleming’s world of spies with all of the sophistication and imagined budget that the subsequent films needed. “Into Miami” from Goldfinger (1964) is Barry’s version of “The Airport,” only now we’re in on the joke that Hitchcock was fond of playing on his audience (so expertly in Vertigo, North by Northwest, and Psycho).  This cue is from the original soundtrack, available both on CD and as an isolated track on one of the many DVD releases of the film.

For this Hitchcock horror film, known for its groundbreaking murder sequences, Herrmann frames the opening scene between Marion (Janet Leigh) and Sam (John Gavin) as an aching musical portrait of loss, frustration and sadness, describing the couple’s doomed longing for a happy life together, in stark contrast to the drab hotel interior surrounding them: the blinds, the bed, the dull grey light on the walls. Hitchcock’s stripped down television budget for the film allows Herrmann to emphasize and underline the character’s emotions with unusual intensity. The next cue, “Temptation,” two scenes later, establishes the underlying tension that will lead up to each murder and the final descent into madness. Herrmann musically inverts the structure of Psycho: loss is evoked in the opening scene. By the film’s conclusion, instead of mourning, there’s a banal clinical evaluation, mocked by the superimposition of Norman, Mrs. Bates' grinning skull and the swamp. The original soundtrack to Psycho, composed only for the string section, has never been commercially released (besides as an isolated track on a special laserdisc edition), though Herrmann did later re-record most of the score with the National Philharmonic Orchestra, which is where this track is derived. There are numerous other rerecordings in print.

In the so-called golden age of Hollywood, Herrmann was famous for his formidable talent, as well as his temper. Around friends, enemies and acquaintances, he could be giggling and timid at one moment, exploding with venomous rage at the next. He didn’t suffer fools gladly and detested pleasantries, instead choosing both socially as well as musically to make the most direct statement possible, even if that meant using a blunt instrument. In the case of this score for J. Lee Thompson’s black and white revenge thriller starring Robert Mitchum and Gregory Peck, Herrmann opts for the most obvious, threatening sound he can summon. Fear, dread and adrenaline saturate every musical moment; his point is that there’s nowhere to hide. The entire film is a summation of this idea.  Scorsese lifted the original Herrmann soundtrack for his 1991 remake with Robert De Niro and Nick Nolte, and the cue sampled here, conducted Elmer Bernstein, is in fact from that remake, as the original 1961 recording has never been released. The CD of the remake is now out of print.

For this brief moment of Michael Courtland (Cliff Robertson) standing at the graves of his wife and child, Herrmann subtly recalls the “Scene d’amour” theme from Vertigo, an act of remembrance he would employ again later the same year for Taxi Driver, where the “Madness” theme from Psycho is played over the chilling grocery store hold-up scene, as well as at the gory conclusion. De Palma’s film is a loving homage, with its New Orleans setting returning Vertigo to where it was originally scripted to take place. For Herrmann too, the film was a labor of love, and he uped the ante on the Hitchcock score by composing a thunderous requiem of betrayal and death, love lost, and regained. He recorded the soundtrack at St. Giles in London, complete with chorus and church organ. Herrmann was so taken with the experience at the time, that he was said to have carried a photo of star Genevieve Bujold, around with him in his pocket watch. A good amount of the soundtrack has been released on LP and CD, but the passage sampled here comes from the isolated score of the Obsession laserdisc, long out of print.

is heard under Travis's reading of his diary entries, and Scorsese’s taxi-driving montage. Herrmann contrasts slow crescendos and decrescendos with a sauntering jazz-laced beat that includes cymbals, timpani, vibes and harp. The effect is a sonic time-lapse, day-in-the-life portrait of Travis Bickle (Robert De Niro), disturbingly capturing the tension between this increasingly alienated and confused man and the fragmenting dystopian metropolis around him. In a few short minutes, panning across apartment walls, hearing arguments in the rooms next door, the music suggests the quiet desperation of 24-hour taxi rides through night and day, darkness and light. According to Steven C. Smith’s informative biography, “A Heart At Fire’s Center”, Herrmann was said to have only agreed to score the film after noting in Paul Schrader’s script that Travis sweetened his cornflakes with peach brandy. Thankfully, he composed one of his greatest scores, and virtually all of it has been released commercially, along with the original LP tracks, including the alternate arrangements and the original voice-over version of this track.