Last October, my co-editor David Phelps and I released our first self-published e-book out into the world.  It was entitled William A. Wellman: A Dossier, and after the somewhat life-changing experience we had discovering Wellman's films during his Film Forum retrospective, we were happy to have discovered a format that would allow us to curate, create, and share an anthology of criticism centered on Wellman's work.

After the release, David and I found ourselves contemplating what to do next, and our thoughts soon brought us back to a night when we screened Allan Dwan's Cattle Queen of Montana (1954), a Western unlike any Western we had seen.  A movie that on paper is a simple genre exercise about a vengeful woman trying to regain her land and cattle but in practice is about how different people and events fill and make use of the same landscapes and, in turn, cinematic frames.

We also thought back to when we watched Dwan's Black Sheep (1936).  The movie charmed us with Eugene Pallette's pranks but it also wowed us with Dwan's roving camera and his careful choreography of characters and social classes aboard an ocean-liner filled with a rag-tag gang of gamblers, drunks, and secret fathers/sons.  So, as we again decided to throw our free time to the wind and undertake another project on a neglected American director,  it soon became clear that all signs pointed to Allan Dwan (1885 - 1981).

Now, nearly 8 months later, in collaboration with our dear friends and colleagues at LUMIÈRE﻿, we are proud to present the Original Language version of "Allan Dwan: A Dossier", a free downloadable e-book (to pick the most appropriate term available at this time), that contains work in 5 languages, by 39 writers, and features 41 new pieces, along with 5 that we're republishing thanks to some very generous authors. In a few weeks time we'll also be publishing an English Language version of the dossier (with beautiful translations from Ted Fendt and David Phelps) and a Spanish Language version (with a huge translation effort by LUMIÈRE﻿﻿). 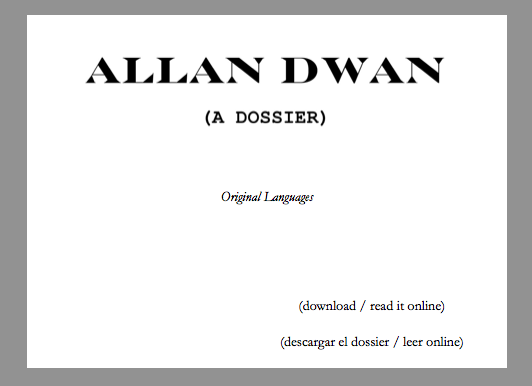 It's our hope that with open and easy access, along with the ability for people to download and archive it, "Allan Dwan: A Dossier" will serve as a go-to resource on the work of Dwan.  Many of the pieces are on films that, as far as we can tell, have received very little, if any, individual attention, and together they paint a comprehensive portrait of an artist and how his work changed, or, conversely, stayed mostly the same while always adapting, due to the ever-shifting mechanism that was the Hollywood studio system.

Above: a sequence from SEEING DAYLIGHT: CATTLE QUEEN OF MONTANA (1954)

Most of all, we hope the dossier encourages people to seek out Dwan's films. His reputation and cultural visibility in contemporary cinema is slim and even though his body of work is astounding, and while there are many films that are readily available on DVD, much of his output is quite hard to come by.  Unless, as luck would have it, you plan on being in New York City* this June and July.  Much to our delight, starting Wednesday June 5th, and thanks to the dedication of curator Charles Silver, the Museum of Modern Art will be screening 35+ Dwan films that span his 50 year career. Series highlights (at least according to this Dwan lover) include prints of:  Chances (1931), One Mile From Heaven (1937), Brewster's Millions (1945), Woman They Almost Lynched (1953), The Restless Breed (1957), and the very rare Fighting Odds﻿ (1917),  East Side, West Side (1927), David Harum (1915), Stage Struck (1925), and Zaza (1923) from Dwan's prolific silent period.

The series comes on the heels of another Dwan publication, after which the MoMA series is named, Frederic Lombardi's "Allan Dwan and the Rise and Decline of the Hollywood Studios". While the dossier examines Dwan's films, Lombardi's text is an extensive look at the production history of Dwan's career.

Also, be sure to stay tuned over the course of the MoMA series for MUBI's own Allan Dwan Serial, a collection of curated clips that highlight the unique spirit of one of Hollywood's true pioneers! 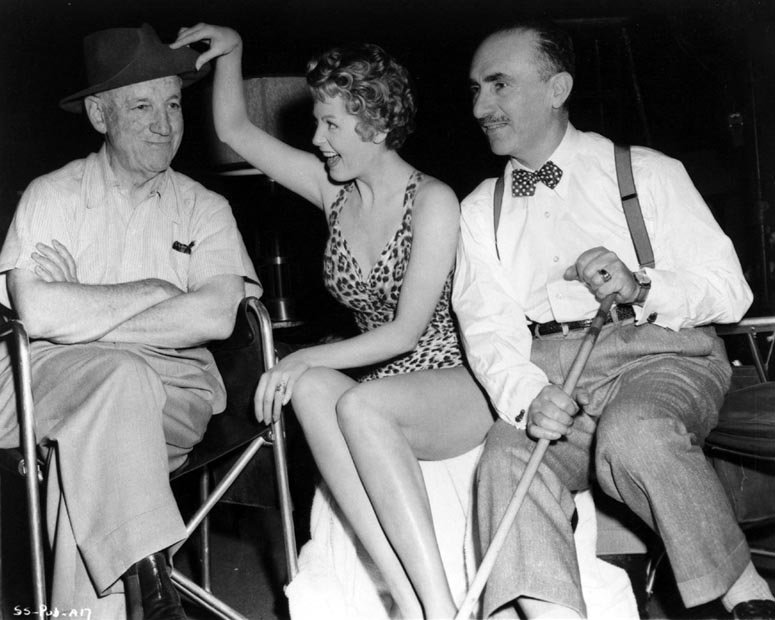 Above: ﻿We tip our hats to you, Allan Dwan! (Allan Dwan, Arlene Dahl, and John Alton on the set of Slightly Scarlet.)

*A note that there will also be a smaller, 15 film Dwan retrospective at Bologna this summer, if you happen to be in Italy, or want an excuse to go!﻿﻿