We're tremendously excited to bring to you a new short film by Palme d'Or winner Apichatpong Weerasethakul: Ashes. The short is part of a collaboration between the filmmaker, LomoKino and MUBI resulting in the LomoKino MUBI Edition, a simple-to-use 35mm camera. Each special edition camera comes with a scene from Apichatpong's film. 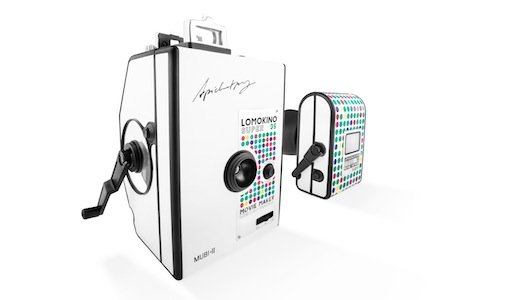 In Ashes, which was shot almost entirely on the LomoKino with a digital finale, Apichatpong contemplates love, pleasure, and the destruction of memory. The surroundings of everyday life are shared with extreme intimacy. For Apichatpong, Thailand, while full of beauty, is slowly collapsing into darkness.﻿﻿

"King Kong rarely barked. She had been with us since she was three months old. Every night she slept and looked around in her dreams.

We thought that our spirits were enriched by the fertile soil and the greenest leaves and the rarest insects and the abundance of humility. But came a day in March we woke up from our dream. The sky wept ashes. The rotten ground trembled as baby worms rose to taste the gray snow. Across the mountains the light of devotion shone and blinded our souls. The darkness was so bright we wept and shouted in silence. And we woke up again, and again.

We united like multiple King Kongs with no sound. Every heartbeat a baby was born with her mouth shut tight like a touch of two stones. With pleasure we lived in hope, and hoped to never wake up. A land of Nothing. We slept. We smiled. We ran." —Apichatpong﻿