A 9-film series of not-quite-classics (on 35mm), "Auteurs Gone Wild" runs at Anthology Film Archives from March 20-30, 2014; what follows are the director's cut of the program notes (with production stills of the auteurs themselves, mid-wild)—﻿

If the Hollywood auteurs were the ghosts in the studio machine, what would they look like exorcised? Rather than author, the word "auteur" might have referred to a kind of rhetorician working within genre codes that, once decoded, would only reveal his own commentary on them. But what would happen if this auteur cleared his throat, managed a sip of water, and tried speaking in his own tongue? Typically, the critics who had authored the auteur as a placeholder and retroactive justification for their own generic interpretations would have to snub such attempts to break out of genre molds to go strange, personal places. For the irony is that these works, kind of laboratory experiments for directors to hone ideas and techniques for future work, would be too entrenched in personal idiosyncrasies to fit the personality of the rest of an auteur's canon. "Arty junk," Harry Cohn called it. Rosetta stones of sorts, furtive masterpieces for sure, they're the exceptions that prove the rule.

But wait, say readers full of sound and theory, isn't "Auteurs Gone Wild" both a tautology and misnomer? If the auteur was someone whose spirit could be routed through demands of all different genres and still poke through, weren't all auteurs gone wild? Wouldn't all auteurist works mark a victory of spirit over content? Didn't Hollywood offer America's last institutionalized wilds? If so, then each of these movies is a portrait of an alternate history Hollywood would never heed.

With very special thanks to Christoph Huber and Michael Henry Wilson. 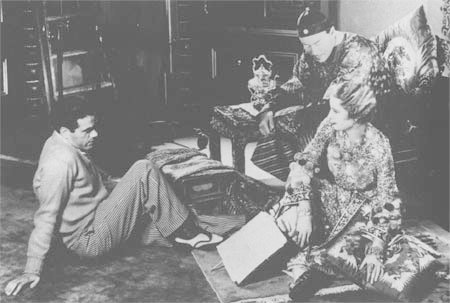 Barbara Stanwyck's missionary finds herself the one nearly converted by a urbane wolf of a Chinese warlord. "There has never been a people more purely artist, and therefore more purely lover, than the Chinese," he intones in a slumbrous shadow-world of mercurial lights and loves, a backlot paradise sustained only by the whirr of crickets and trains, far from the KMT. For Capra, the great American evangelist who would return to China in Lost Horizon and The Battle of China, the Burbank orient clearly offers some distillation of the mystic fascism channeled by his later populists: the strange hope, soon to be broken by the war, that only a cult of personality might mobilize the general will into timely action with promises of a timeless kingdom, a dictatorship by love... 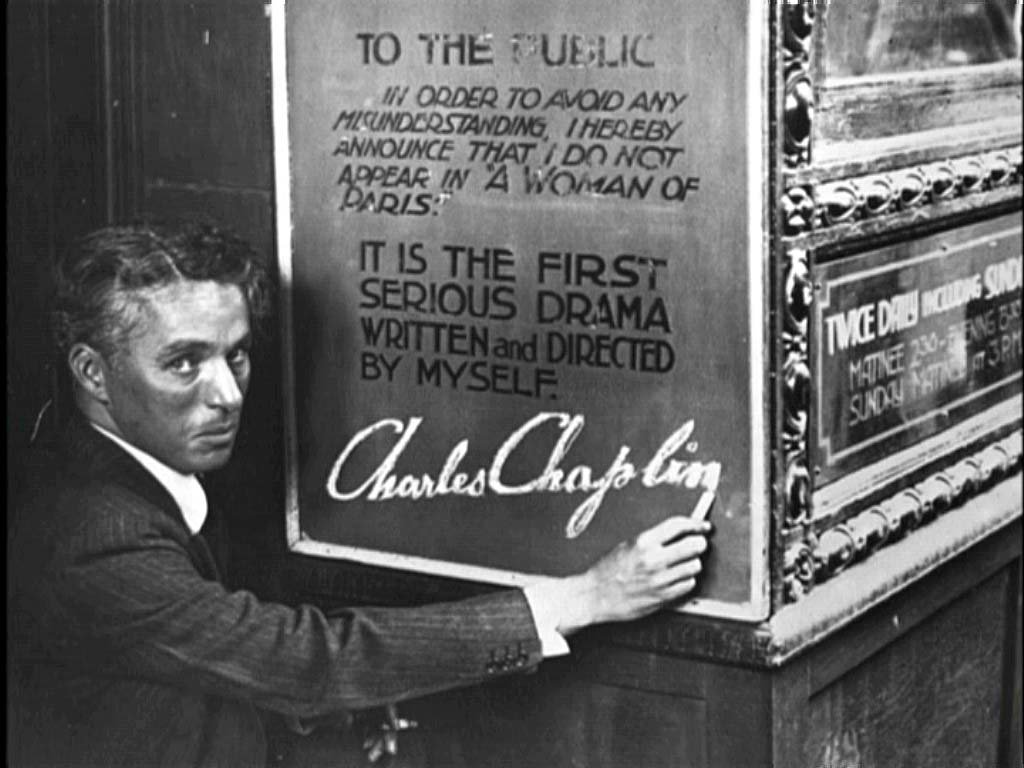 If Chaplin's vision of comedy is The Little Tramp as everyman, flubbing every part of every man in society, flaunting himself as the antithesis of whatever role he's supposed to play, Chaplin's vision of tragedy is something scarier: a woman who can gracefully play every role on the social scale, forever the puppet of the part she plays. Where The Little Tramp can only be his bow-legged self, Edna Purviance, in Chaplin's first independent production, his dream drama, can become anyone. A milestone in screen realism for directors from Lubitsch to Powell, A Woman of Paris, like all of Chaplin's movies, plays against its own emotional expectations of Victorian drama by turning its protagonists into knowing, willful actors. The result is a kind of theatrical realism—a comedy of manners in which the characters can be seen to read and write their scenes at once. 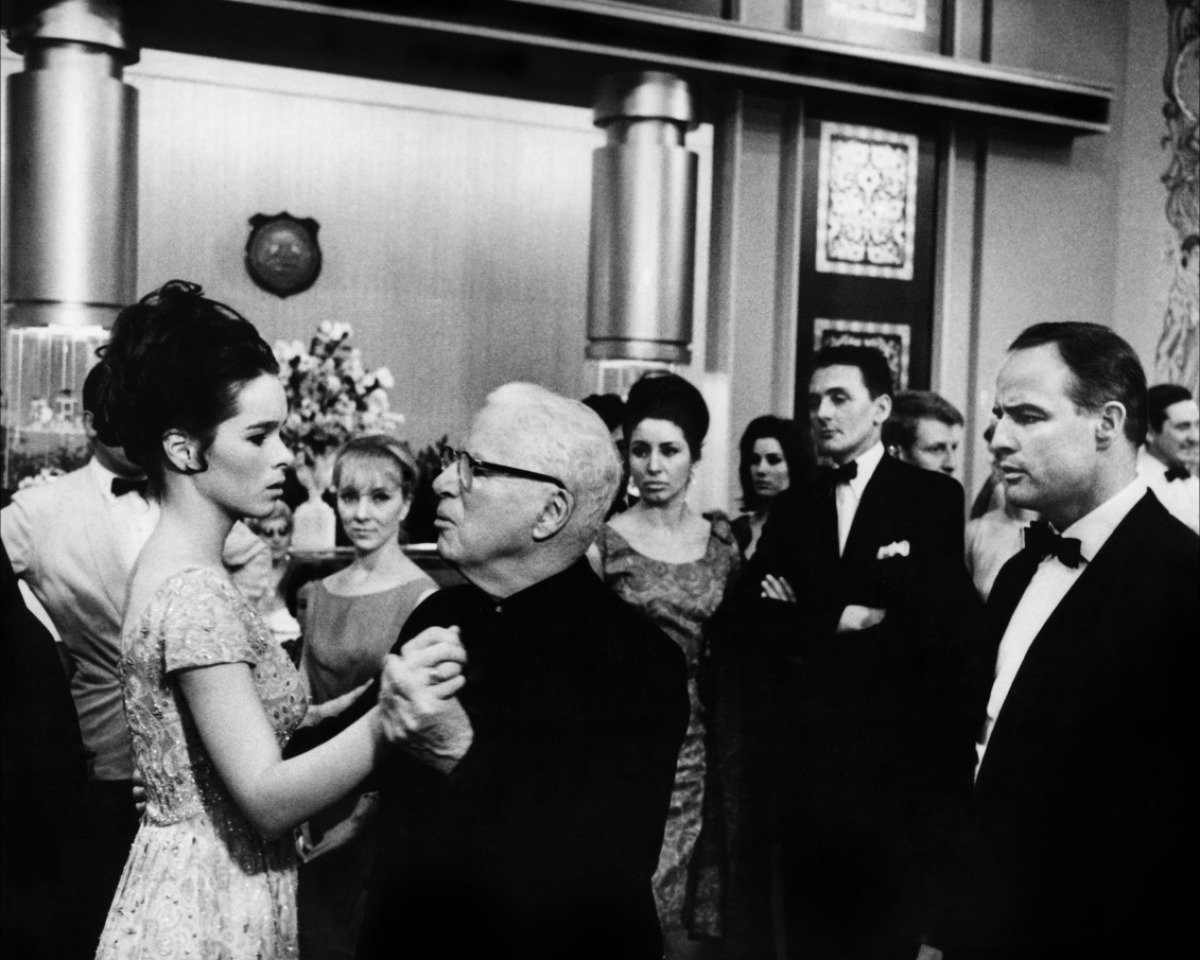 Where Keaton's world is of men processed, puppeteered, and mass-produced by a mechanistic polis, Chaplin's is of men who defy assimilation, even despite themselves. In Chaplin's world, assembled out of homemade materials, men don't find themselves appropriated by their environment so much as they reappropriate objects for gleeful misuse—railings, shoes, and trays become polyvalent props of the tramp's oblivious ballets. In A Countess of Hong Kong's Griffith-like interchange of a few anodyne rooms aboard a cruise ship, the objects have been reduced to the Commedia dell'Arte-friendly pajamas and beds algorithmically exchanged by the rich, and the comedy simplified to a basic spatial-dramatic irony of whether people are where they're supposed to be off-screen. As in Chaplin's other non-Chaplin project, A Woman of Paris, the Molière-like premise is that the characters are only functions of their wardrobe and their scene, and that the only relief is the help—a porter, as in Woman of Paris, played by Charlie Chaplin himself.﻿ Gone, in Chaplin's final movie, is the underdog in a world that finally seems to have succeeded in excluding him altogether. What remains are only the Antonioni-like models as alienable products of an arch-modern space and arch-classical script: everyone is, somehow, a tramp-like poser﻿. 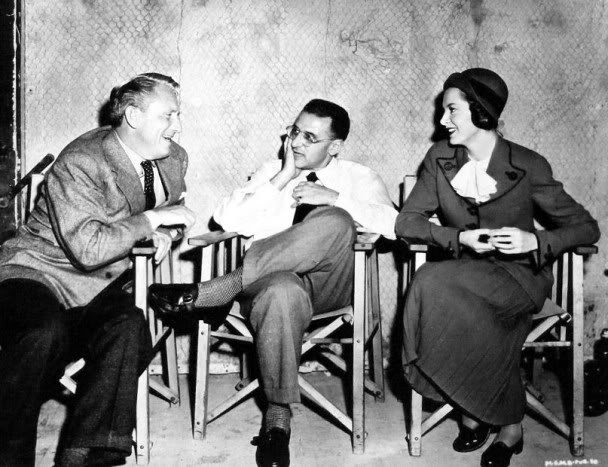 Spencer Tracy, ever-puttering, as a Howard Hughesish corporate baron, talks only of his eternally off-screen son with hapless wife Deborah Kerr. Or is it all a delusion? A year after Rope, Cukor's ploy—50 years in the life of a couple represented at decade intervals in one or two 5-10 minute shots per scene—elides the perspectives of his characters only to approximate their position as foreign spectators onto their own lives. Each shot/scene must unfold as a continuous crystallization of this discontinuous narrative; the realism is only of actors performing to the camera as their makeup grows heavier and heavier. One remains as far from them as they do from an idyllic son who is likely a figment of their imagination, and as always in Cukor, the universe of the film is only upheld by the characters' possibly deluded contemplations. ﻿﻿But in this turning point of Cukor's career, each shot will become a kind of reaction shot as well to the absent times and spaces of movie's unseen, outer world; each shot will play as a documentary of actor and character alike willing themselves into a world of make-believe. 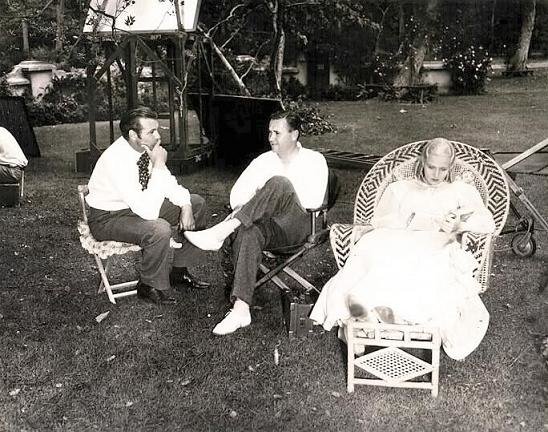 A showcase of literary prestige as a litmus test of Hathaway stylistics, Peter Ibbetson is scripted as one thing—a chamber romance of eternal love against all binds of social nobility—and filmed by oater adept Hathaway, with a sublime lack of nonsense, as another. Childhood romances, backlot Parises and Londons, and a 25 minute dream sequence are serviced in the customary manner of Hathaway's on-the-scene adventures, forever attentive to little else than the physicality of actors interacting with their space: deep, open-air stagings of characters talking candidly to the camera and each other, emoting only in the gestures of their hands. The clear design for a crepuscular, psychic landscape shared by two lovers becomes, in Hathaway's clear-eyed vision, something strangely more hallucinatory, more personal: less the romance of two souls than the romance of two bodies. 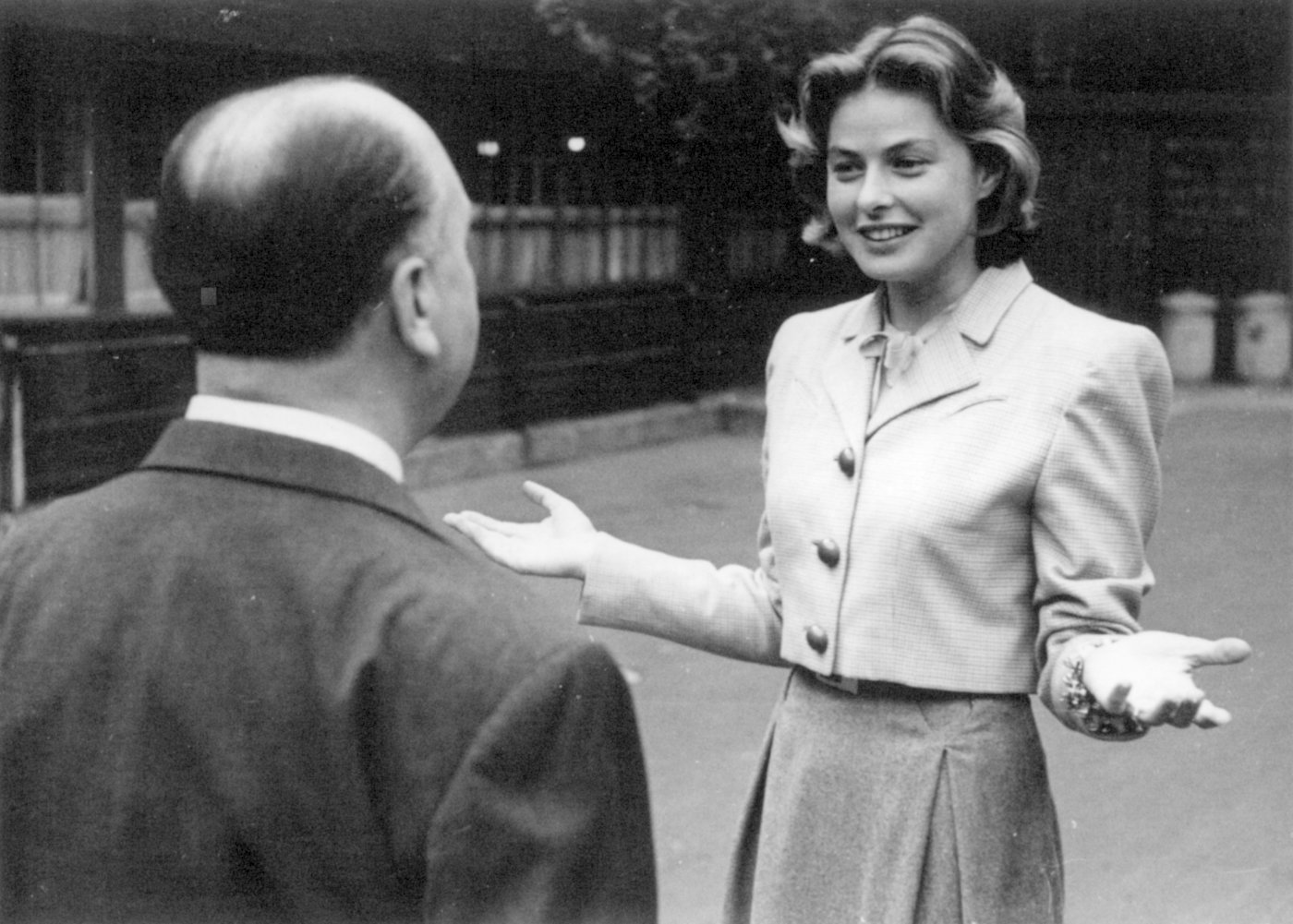 Between his mid-40s experiments in Aristotelian unities of single times and spaces (Lifeboat, Rope, The Paradine Case) and 50s experiments in unreliable consciousnesses tracing different times and spaces in single shots (Stage Fright, The Wrong Man, Vertigo), Hitchcock would definitively break with the classical era in an all-too-classical Australian melodrama. Here, in 5-10 minute shots that might denote ten years of life transpired, even the notion of Aristotelian unities is Hitchcock's greatest hoax: the camera, forever outside the action and apart from the characters, asserts no other standard for truth than the dubious pathos of the actors. And yet, the entire set even pivots and turns to play for the camera as its phantom author. A straightforward melodrama Hitchcock's is not: everything, from the characters' confessions to the objects in the rooms themselves, has been conjured for the expectations of an audience all too eager to be complicit in the machinations of a good story. 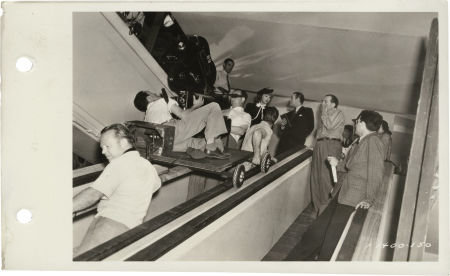 In You and Me, as always in Lang, the madness of social outcasts is only the product of the madness of society itself. This time, however, it's the madness of a gangster musical romance, in which the glitz of department store promotions will be counterpointed by an oracle of prisoners rattling themselves into orgiastic chants of "Stick to the Mob!"; by a Brechtian finale designed to mock any audience that's come in for easy answers, Sylvia Sidney's math lesson that crime doesn't pay has shown both worlds contaminated by the other, even while the cold rationality of her business logic marks the end of mom-and-pop racketeering. The modern battle between carnival and lent—cold-hearted infrastructure against hot-blooded romance—could describe Lang's style in a modernist nutshell.﻿ Lang's basic thesis, that the only real difference between capitalism and gangsterism is that one works as an impersonal force of law imposed through the threats of facts and figures, while the other is extemporized by the rhythms of the mob and animated by collective instinct, works as a kind of comic chronicle of the whole 20th century: the story of gangsters realizing, to their dismay, that they've been replaced by kid-friendly corporations. 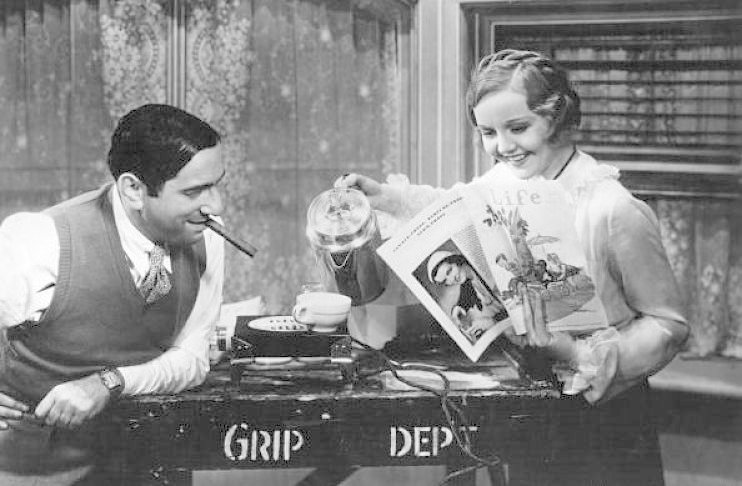 After a French musician moves in with the family of a man he killed during the Great War, comedy doesn't ensue. Made after Lubitsch's great military musical, The Smiling Lieutenant, Broken Lullaby is, like almost all of Lubitsch's movies, the story of a class-crossing cultural rapprochement; but here a favorite Lubitsch paradox, the merriment of murderous military marches, breaks down along with his usual syntax of off-frame innuendo. For against the discord of local bigotry, national languages, and international geopolitics, against the machine-guns and grenades, Lullaby proposes only the tenuous resolution that the slow pans of Lubitsch's camera and the harmonies of his characters' violins might bridge individuals across a divided world. It is, in other words, a preposterous, cinematic resolution: the reconciliation of two cultures as a reconciliation of image and sound. 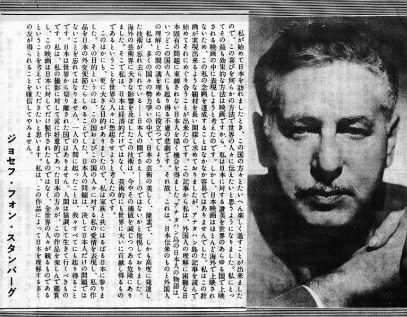 Japanese castaways, unable to accept a post-atomic reality, refuse to leave their newfound island after WWII. So: another Sternberg story of exiles unable to believe that history has continued elsewhere without them—and another Sternberg movie in which the characters' delusional self-images are indulged by a filmmaker who reveals and revels in their foundations in exoticizing lore. True story for one of Hollywood's great, mystic bullshitters. Yet Sternberg's last and favorite film, a Japanese production largely scripted by color-coded flowcharts of emotional cues, attempts like none of his other films to break an underlying historical reality out from the majestic fabulation into which it's been subsumed. In some strange way, it's Sternberg's documentary. Newsreels rupture Sternberg's archly definitive narration, and what is left, in the end, are the bodies of the actors suspended apart from the two forces that have tried to straight-jacket them into beautiful images and narrative figurines: not only Sternberg, but history itself.﻿