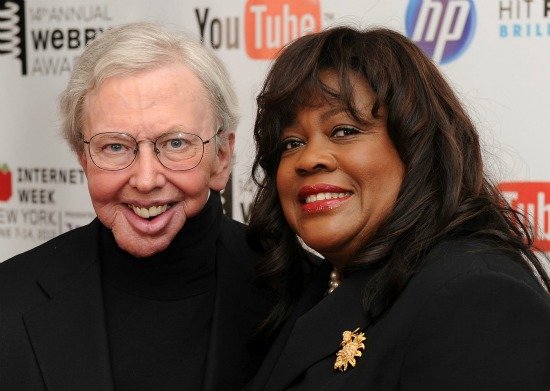 Roger with his beloved wife, Chaz.

Roger Ebert has passed away at the age of 70. Shortly after announcing he would be scaling back his writing output while undergoing radiation therapy, Ebert succumbed to what has been a long on and off battle with cancer—one that he fought bravely and strongly while actually evolving as a writer, adapting to the Internet as a prolific blogger. Indeed, it could be said that some of Ebert's best work as a writer came in the last few years, not as a movie reviewer, but as a memoirist with what has become his final book, Life Itself, and his insightful and often moving daily musings, be they on movies, politics, food, or life. Just two days ago, in his announcement of his "leave of presence," he had vowed that "on bad days I may write about the vulnerability that accompanies illness, on good days, I may wax ecstatic about a movie so good it transports me beyond illness."﻿ A statement that testifies to his indomitable spirit—though knowing these invaluable pieces will never be written now renders his hopeful tone bittersweet, but nevertheless inspiring.

As for countless others, Ebert was my entry way into the world of criticism, the ultimate gateway drug forever infecting me with his undying enthusiasm for movies. As I grew as both a viewer and writer, I lost touch with his criticism, but he lay an essential foundation for me that without it I would probably not be doing what I'm doing. I always thought I would one day shake Roger's hand, and I regret losing that chance, but like many I still feel close to him, now as ever. Ironically, among his final published words are: "What in the world is a leave of presence? It means I am not going away."﻿ I'll hold you to that, Roger. See you at the movies.﻿