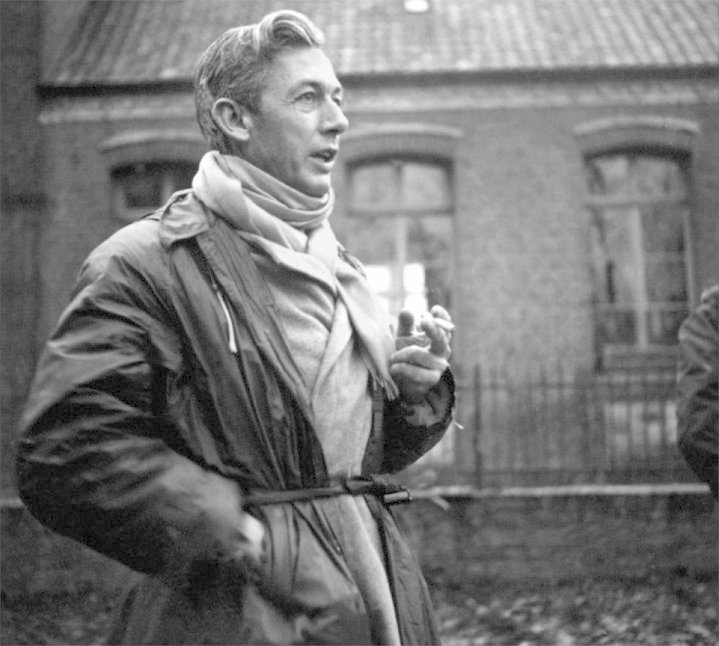 The phrase "the over-plenty of life" comes from J.M.G. Le Clezio—﻿specifically, his introduction to Notes on the Cinematographer, Robert Bresson's slim, indispensable﻿ volume of aphorisms and jottings. I've chosen it at as the title for this series of essays—﻿﻿﻿which will appear here over the course of the next seven weeks, as a full Bresson retrospective, programmed by the TIFF Cinematheque﻿, plays first at Film Forum in New York and then at the Gene Siskel Film Center in Chicago before heading back to the TIFF Lightbox in February—because I feel that it conveys an attitude toward Bresson's work that's much more accurate than the bleak, "Jansenist" and (worst of all) "transcendental﻿" Bresson familiar from the last few decades of English-language film criticism.

Le Clezio﻿'s introduction is written in a very distinctily French mode of film-writing, one which is imminently quotable in individual parts but which tends to translate poorly as a whole to English, a notoriously specific, analytic language that doesn't easily tolerate vague pronouncements; Le Clezio﻿ writes about Bresson almost entirely in unqualified and unsupported statements, as though every fervid observation were self-evident (choice sentence: "To Bresson, art is the only possible escape from the bitterness of impotence"). And, in a sense, Le Clezio's observations are self-evident; ﻿he is, more or less, spot on.

However, in in the process of enshrining this formerly marginal filmmaker, Anglophone film culture created its own Bresson, a Bresson that bears only a passing resemblance to the filmmaker: an austere, rigid, humorless director of films on religious themes. For the most part, those aspects of the director's work that don't fit this mold are ignored (in some cases, that means whole films, including Public Affairs and Four Nights of a Dreamer). This means that I can't, for example, merely tell you that Bresson's films are lively; I have to prove it, even if, goddammit, it takes me seven shortish essays to do so.

Bresson was born in 1901 and died in late 1999, meaning that his life spanned nearly the whole of the 20th century. His career, in turn, covered roughly the first half-century of sound cinema, from his first screen credit in 1933 to his final feature in 1983. Bresson entered the medium just as the grammar of sound filmmaking—﻿a grammar he'd spend most of his career resisting—﻿had become codified; his first credit, as a matter of fact, is for the very "talkie" task of writing dialogue for a French-language version of a Friedrich Zelnik movie called There Once Was a Musician ﻿(in the first decade of sound film, before dubbing and subtitling supplanted the practice, it was common to shoot alternate-language versions of films—﻿﻿often with different casts and journeyman directors—﻿﻿for foreign distribution). By the time Bresson made his final film, L'Argent, color, widescreen, stereo and finally surround sound had all been introduced, New Waves had come and gone, and most of the directors once considered Bresson's contemporaries were dead.

It's difficult not to see Bresson's career as a metaphor for his work. In 98 years of living and 50 years of working, he produced only thirteen features, many of them running less than an hour-and-a-half, and one short, making Bresson the only major filmmaker (other than those still living and those who died young) whose entire body of work can be seen in a day. And Notes on the Cinematographer, despite its small size, was composed over the course of 24 years. While it's true that the slimness of Bresson's output is partly owed to the financing problems he encountered (he claimed later in life to have spent part of his career sitting in producers' offices),﻿ his body of work still represents a disproportionate amount of living, thinking and experience compacted and curated into a little over a dozen movies. This tight packing, this careful sorting—﻿﻿﻿and its kineticism, subtle ebullience, humor, and sensuality—﻿﻿﻿﻿is what I'll be looking at: "the over-plenty of life."

Next week, I'll be taking a look at Bresson's first film, Public Affairs﻿, as well as Bresson as a comic filmmaker.