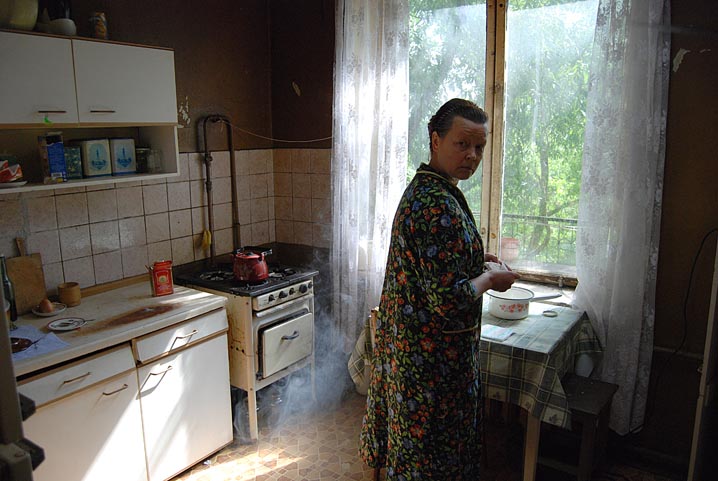 Yelena and Nikolay Renard's camera does not move once in Mama. There are no cuts within scenes. Not a single word is spoken. A man, absurdly obese, heads home, stopping once by a statue of a doe nuzzling a baby deer—to eat. At home, Mama waits, furious. Son arrives, she bathes and feeds him, making sure to rise, reach over and angrily tap a few grains of salt onto each bite of hard-boiled egg just before he shoves it in his mouth. The wide angle compositions, the duration and silence may conjure associative flashes back to Eastern European animation of the 60s and 70s or to Roy Andersson, only without the perfect palette gloss or overt humor. It's probably overreaching to suggest that, as a grotesque embodiment of maternal instincts gone awry, this man may stand in for a people nostalgic for state pampering. Regardless, this Russian feature, made for all of 8000 dollars, offers 71 minutes of oddly pleasurable discomfort—nowhere near as dark or challenging as, say, the work of Boris Mikhailov, but heading in that direction and stopping short, just this side of the truly dangerous. 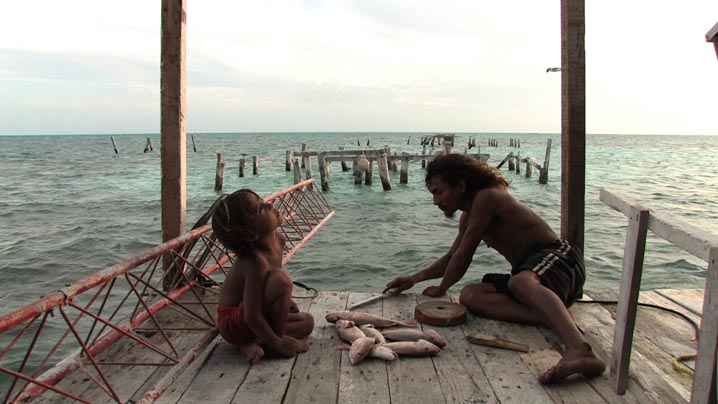 Pedro González-Rubio nudges To the Sea (Alamar) just inches away from a National Geographic-style travelogue, but those inches make a world of difference. A slide show narrated by a Mexican fisherman establishes the fictional premise: His Italian ex is sending their beloved five-year-old son over for a visit. Without unnecessarily testing our endurance for standard road trip tropes, González-Rubio conveys the distance between Rome and Banco Chinchorro, a coral reef off the coast of Mexico. There, in the fisherman's father's hut on stilts on an island shore, three generations fish, weigh and sell crabs, befriend an egret, cook, eat, sleep and commune without ever tripping over sentiment. González-Rubio is his own cinematographer here, and it's gorgeous work, but it's his care for sound that reminds us how it feels to dive ten feet beneath the water's surface, straight down and fast, or what the ocean sounds like at night. 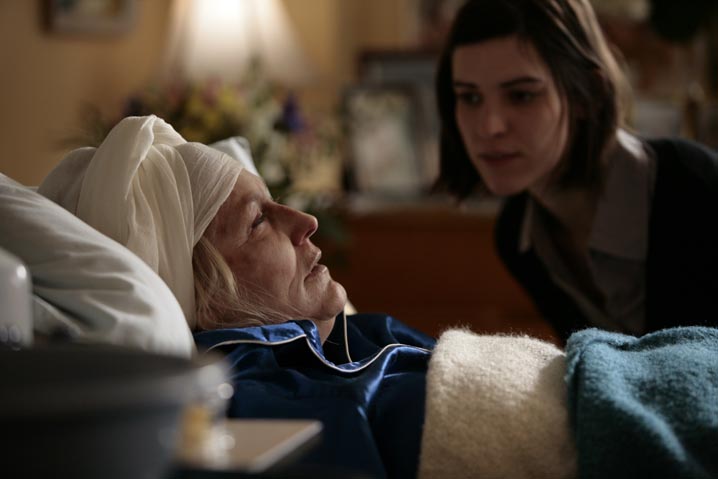 Coming off at first as a slightly more vulnerable Charlotte Gainsbourg, Marie-Helène Bellavance wins us over on her own accord—as Marie-Helène Bellavance, though, and not necessarily as Simone, the biologist suddenly drawn to the dying patients in a hospice-like institution in Montreal. Vital Signs throws an awful lot of pots on the stove and it doesn't take all that long to realize that director Sophie Deraspe is serving warmed-over bits from too many movies about the aged and the dying and other movies about relationships that really shouldn't work and yet somehow do and, in one surely-you're-kidding twist too tidy to be forgiven, movies about how life, when it comes right down to it, is, you know, worth living. 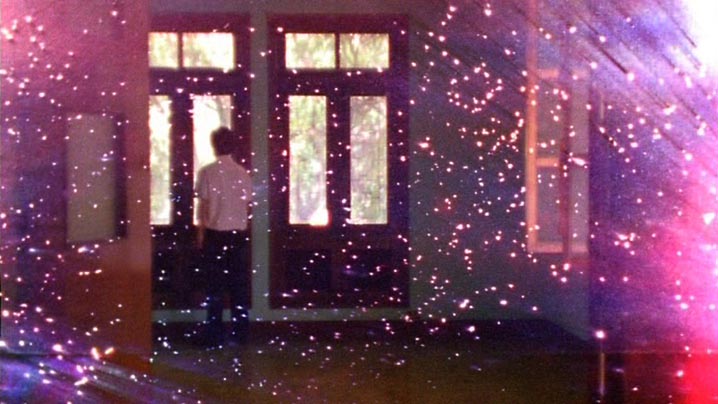 Anocha Suwichakornpong's Mundane History is not uninteresting. A male nurse joins the staff of a well-to-do family to care for a son about the same age whose bitterness over being paralyzed by some sort of accident has turned to outright nastiness. The first half or more of the film is the mundane part, the sheer mechanics of meals and baths and allowing the son's insults to roll off one's back, as befits the nurse's social station. But eventually, yes, of course, the ice breaks and the young men establish a tentative friendship. Segue to the history part. Remember when, in Adaptation, "Charlie Kaufman" has his breakthrough and suddenly realizes that to tell his story right, he'll have to go back to the dawn of time and retrace the birth of the cosmos, the evolution of humankind and all that? Well. Even though, thanks to Suwichakornpong's penchant for scrambling sequences of events ever just so, we do learn that our whiplash trip through an animated explosion of a supernova, backed by a sort of Thai pop Vangelis score, is actually a presentation at a planetarium, the string of montages it sets off does indeed eventually lead to a scene that could well be interpreted as a graphically literal depiction of reincarnation.

As a quick aside, I'll note that Buddhism is a running motif here in Rotterdam this year. Tsai Ming-liang is on the cover of Monday's edition of the festival's newspaper, the Daily Tiger, discussing his recent conversion to Buddhism and I'll be mentioning it again in further blurbs. Meantime, all four films briefly touched on here are competing for VPRO Tiger Awards. I'll soon have notes on films from other sections.