This is the second of two dispatches from Michael Pattison on International Film Festival Rotterdam 2014. 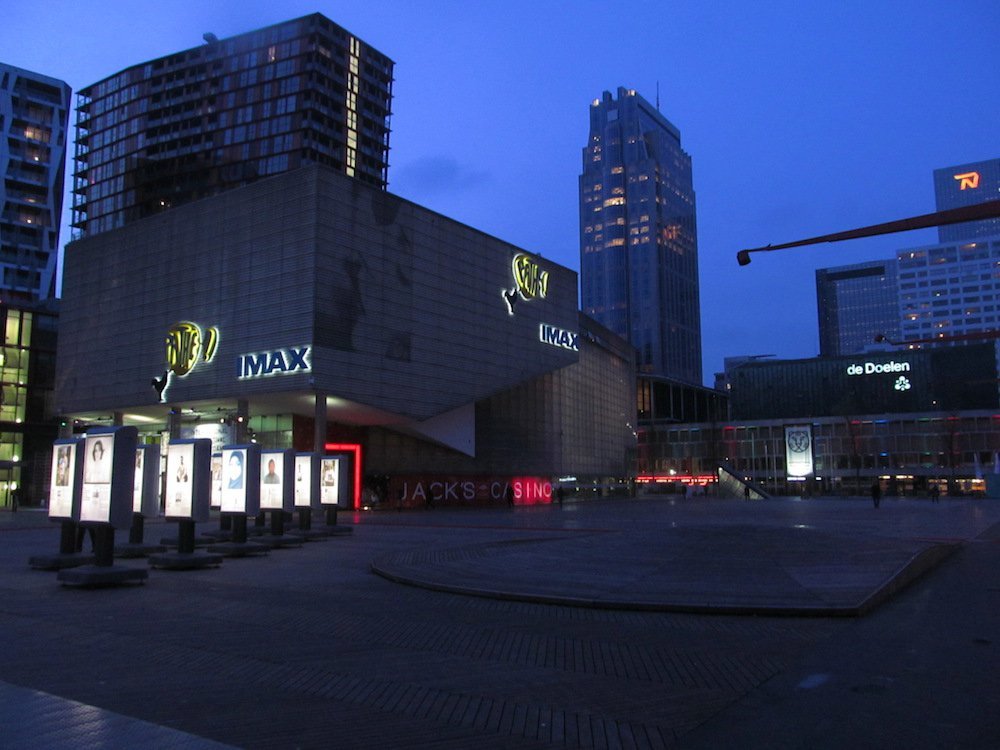 The spectre of barbarism isn’t just haunting European Cinema. False radicalisms and tentative engagements with the world today are prevalent all over the seventh art. And while all-out bunk is as infrequent as what others might call ‘great cinema’, it’s the ever-widening middle ground—the one that pervades and defines many a film festival—that seems especially disappointing.

Just as the cinematic landscape as a whole is peppered too sporadically with outstanding works, so on a micro level, unremarkable films frustrate precisely because otherwise fine technical rendering is undone by an apparent unwillingness to confront prevailing political currents. Even if chewable nuggets intermittently emerge over the course of a single film, we are on the whole limited to thanking the Lord for small mercies.

Of course, it’s difficult enough to make a film to begin with. There’s little need to single out works that struggle for distribution even before critical castigation. But as I mentioned in my first dispatch, I’m talking here of those solid and sincere works whose political engagement is deliberately but no less disastrously thin. Not every film needs to articulate a coherent ideological standpoint on the world economy, but why should this kind of cinema be so ubiquitous?

While more and more people are graduating from film schools, presumably as master technicians at pace with a rapidly-changing technological landscape, one continuing worry is that there’s no genuine interdisciplinary link to other branches of learning, and/or no real discernment with regard to content. It doesn’t help that film schools are institutions that are themselves conditioned in some way by an intellectual malaise and financially hostile climate.

At some point, exhibitors and distributors must take responsibility too. In perpetuating the mere idea that a ‘festival film’ might in some way be its own legitimate genre (more on that in a bit), are we not simply adding to the problem? Either way, the result is an excess of works that, whether consciously or unthinkingly, retreat from the world rather than actively challenge it. When programmed so unduly by a prestigiously non-commercial festival like IFFR—this year, an admittedly flabby target—one concern might be the extent to which a climate of unquestioning intellectual retreat is reinforced.

This is certainly the case with a film like War Story, director and co-writer Mark Jackson’s second feature. Aspiring to a character study starring (and written for) Catherine Keener, Jackson’s film wears its themes on its sleeve: post-traumatic stress, mourning, loss, sadness—such ingredients go on. That’s fair enough, of course, but what makes the film so difficult to get on board with—and Keener’s character so tough to empathize with—is its false assumption that token ambiguous references to a real-world framework are enough to anchor its drama to hard-hitting reality.

Beginning with Keener’s character as a photojournalist whose colleague and partner has recently been murdered in war-torn Libya makes for potentially sharp material. That Jackson is so persistent with shallow-focus cinematography and an intimate filming style, which allows its protagonist’s introversion to inform the work’s own limited perspective, is troubling—precisely because it seems to preclude a deeper, more genuinely investigative treatment of an ongoing conflict. Though it’s not without its moments, what the film has to say about something as geo-specific as the civil war in Libya—to say nothing of the ethics and functions of photojournalism—isn’t clear.

The emotional consequences of war are also seen through a frustratingly intimate prism in Canopy, by Australian filmmaker Aaron Wilson. Set in the jungles of Singapore shortly after the Japanese invasion in 1942, Canopy follows Jim (Khan Chittenden), a paratrooper who, having landed behind enemy lines, must endure a night evading capture from enemy foot patrols. The Thin Red Line meets Essential Killing: the sustainment of mood and atmosphere are very much the emphases, but the film is so thin on incident that even at 84 minutes it feels stretched.

While an individual’s battle for survival within a hostile wilderness is by no means a bankrupt theme, Canopy is the kind of film that approximates human emotion instead of demonstrating it outright. Seemingly, it has less interest in offering a grueling bodily performance from its leading man (which might have facilitated an insightful viewing experience about the inhumane conditions of war)than its tired Malickian cut-aways to ‘nature’ whenever it hits a narrative cul-de-sac. 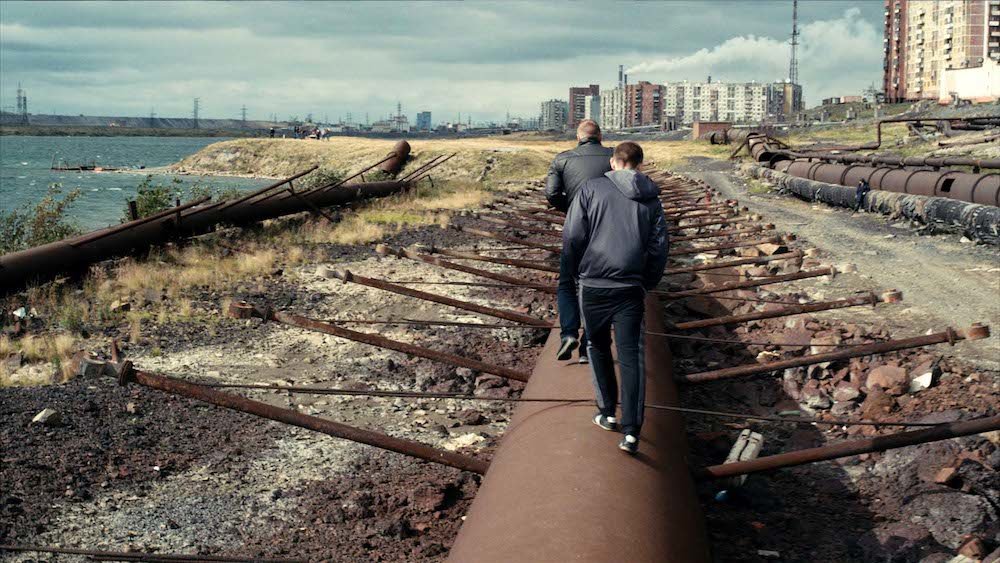 Above: The Hope Factory

Other (and more promising) skims past real life unfold in The Hope Factory, whose world premiere took place in competition at this year’s IFFR. Set in the north Russian industrial city of Norilsk—noted for being one of the remotest locations to have contained a Gulag labor camp—writer-director Natalia Meschaninova’s debut feature is a coming-of-age tale in which a group of teenagers endure adolescence as well as feelings of entrapment conditioned by their visually bleak locale.

The usual arcs are put through the wringer. Not especially problematic, of course, but ‘watchable’ may be the faintest praise in criticism; where’s the spice? Strong performances keep The Hope Factory afloat, but Norilsk’s uniquely grim industrial landscape remains untapped—or else reduced to all-too-fleeting appearances on the periphery of an irritatingly persistent handheld frame. Perhaps the problems are merely aesthetic.

But framing is everything. It’s the difference between a director who is more interested in the contours of her actor’s face and one who’s equally aware of the landscapes (geographical, cultural, political) that shape and condition them. It’s the difference between two types of low-key films that comprise a large bulk of a film festival: those seemingly tailor-made for festival consumption (whose defining attributes are general ambiguity, narrative ellipses and an almost complete absence of redeeming humor), and those unfairly dismissed genre outings (whose fundamental inclusion and portrayal of political and social institutions holds the audience and offers at least some content to chew on).

To my mind, if this year’s IFFR is anything to go by—and its unwieldy size suggests it might be—too many films belong to the former category. These are the films that narrow their perspective to hone in on what is assumed to be the world in its ‘essence.’ Even if they weren’t so keenly (and ominously) marketed as ‘arthouse,’ you could spot them a mile off. Kiko Goifman’s insufferably elusive Periscópio is one such work. In its opening 25 minutes, this fictional debut from the Brazilian documentarian struck me as a prime example of what I’ll describe as ‘microcosmic cinema’: that in which a single-location setting seemingly permits a complete avoidance of the world outside, and therefore encourages much allegorical waffle.

Superficially, Periscópio resembles Steptoe and Son, a sitcom about a father-son ragman business that ran on UK television in the 1960s and the 1970s (there were also two movie adaptations, in 1972 and 1973). In Goifman’s film, a cross-generational relationship between two men is put under a figurative magnifying glass as they bicker with one another in increasingly caustic fashion. Restricted to the confines of its characters’ home, the film trades in non-sequiturs and sideways symbolism; it lacks the insight and humor of Steptoe and Son.

Referring to a leak in the downstairs ceiling, the older man remarks, “The problem is from above.” The younger man replies, “Of course it’s from above. It’s always from above.” Is this a picture of Brazilian society, Old and New? I preferred Michael Wahrmann’s Avanti Popolo (2012), which incidentally screened at the festival in 2013. The earlier work’s allegory held up—or, rather, was more interesting to watch—precisely because its central father-son relationship seemed conditioned by the world outside, and by history itself. If its opening third meant anything, Periscópio offered no meat to chew on. Says the younger of its protagonists, deliberating whether or not to leave the senior for whom he is caring, “I’ll stay, I’ll go, I’ll stay, I’ll go, I’ll stay, I’ll go…” I left. 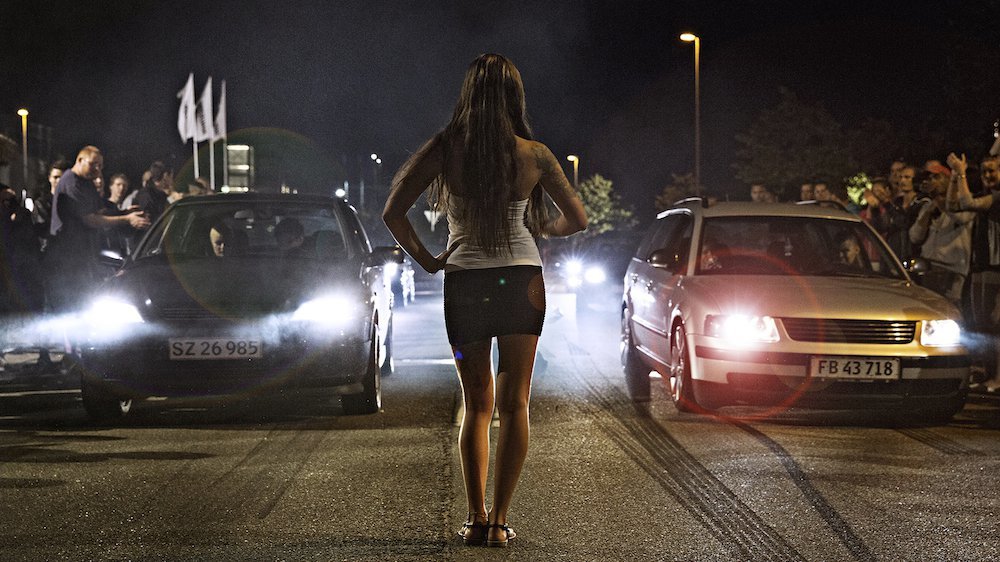 Above: On the Edge

Among those genre films placed in a better position to say something about prevailing contradictions, we should include IFFR 2014 world-premiere Christian E. Christiansen’s On the Edge, which has been billed as a kind of Danish Fast & Furious but screeches to a sudden halt some way in when one of its principal characters accidentally kills someone while joyriding. Deeply flawed and eye-rollingly clichéd though it may be, this functional effort is a more engaging work than Periscópio (and other films like it) almost by default, including as it does people for whom the world is at least a thing of consequence: its social contradictions, its laws and money, its states and institutions, life and death.

Needless to say, this isn’t to dismiss every film without a coherent or even an appreciable political outlook. But nagging doubts persist. If the democratization of artistic production is to be championed—enabling as it has a great number of new filmmakers to take up the moving image, however marginalized its form, as their primary mode of expression—must we really wade through a swamp of works so palpably anemic? And if so, for how long?