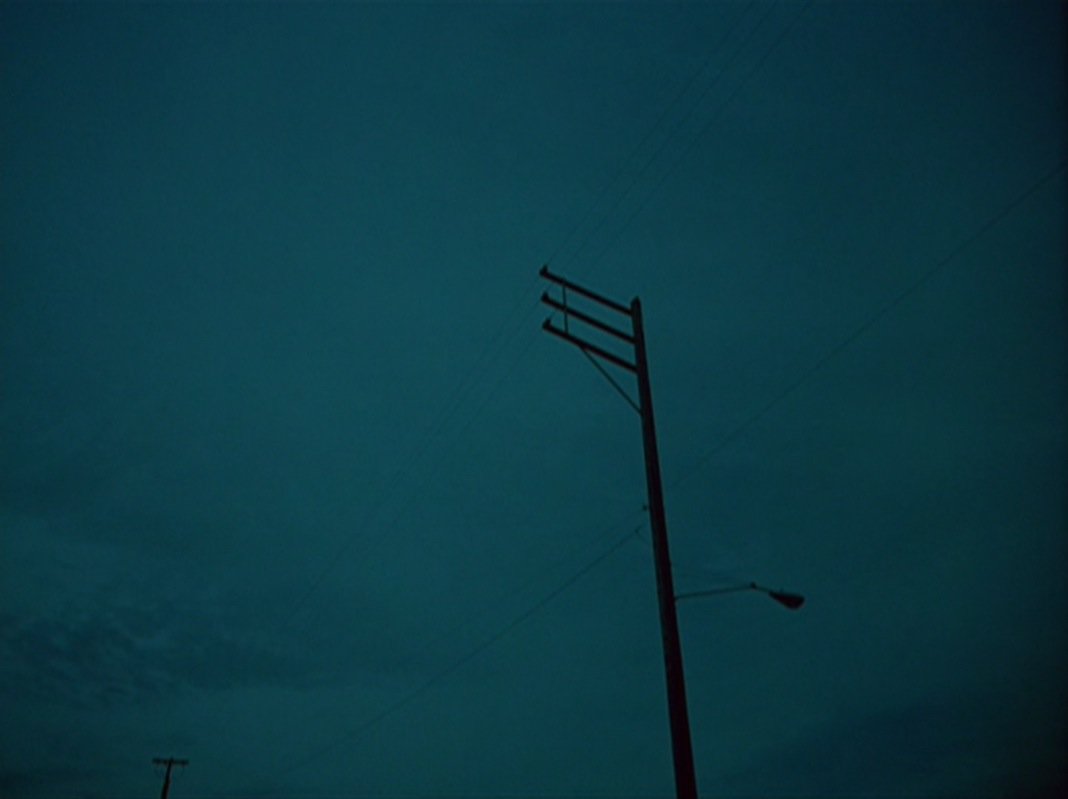 “You shouldn't see the photography in the film.”
—Harris Savides

Depending on one’s perspective, a cinematographer can either be forever at the creative mercy of a given project they’re working on or they can develop a fundamental way of seeing the world that can adapt to any narrative, any space, any face. Harris Savides belonged to the latter sensibility. Emerging from the towering and varied influences of world art cinema (Antonioni, Kieslowski, and Tarkovsky were some of his favorites) as well as the existentially tough New Hollywood films of the 70s (Gordon Willis being the patron saint behind the lensing of many of those films), Savides’ work had a transcontinental elegance that was both American and European, belonging to different eras, and yet entirely its own. There’s an earthy sensuality to Savides’ pictures that sets him apart from his forebears.

To a certain extent, Savides developed a particular look for each of the filmmakers he regularly collaborated with: muted colors, minimalist compositions, and Tarr-esque longueurs in relatively boxy ratios for Gus Van Sant; milky tones and crisp lines in widescreen for David Fincher; understated pastels and unshowy framings for Noah Baumbach. For his one-time collaborations—James Gray, Jonathon Glazer, Ridley Scott, Woody Allen, and Sofia Coppola all received this privilege—he served up subtle variations on those primary approaches. To his colleagues, he was a DP renowned for his ability with soft light, using an array of bounce boards and diffusion to achieve an invisibility of effect, and this reputation was perhaps what led him to these directors, all of whom (with the slight exception of Scott) share a propensity for, for lack of a better term, pictorial naturalism, for keeping lights where they would logically be placed and cameras where they could feasibly be manned by a human being. Savides had a profound loyalty to naturalism that transcended the contemporary cinematographic norm of making films look “realistic.” He aimed to mirror, not enhance, the practical lighting schemes that existed in the respective milieus he worked in. When shooting a scene in a domestic interior, say, in the 1970s, Savides would stay true to the single overhead bulb that would be used in such a situation, not because it created an expressive cinematic look but because it accurately reflected the mood of the environment. 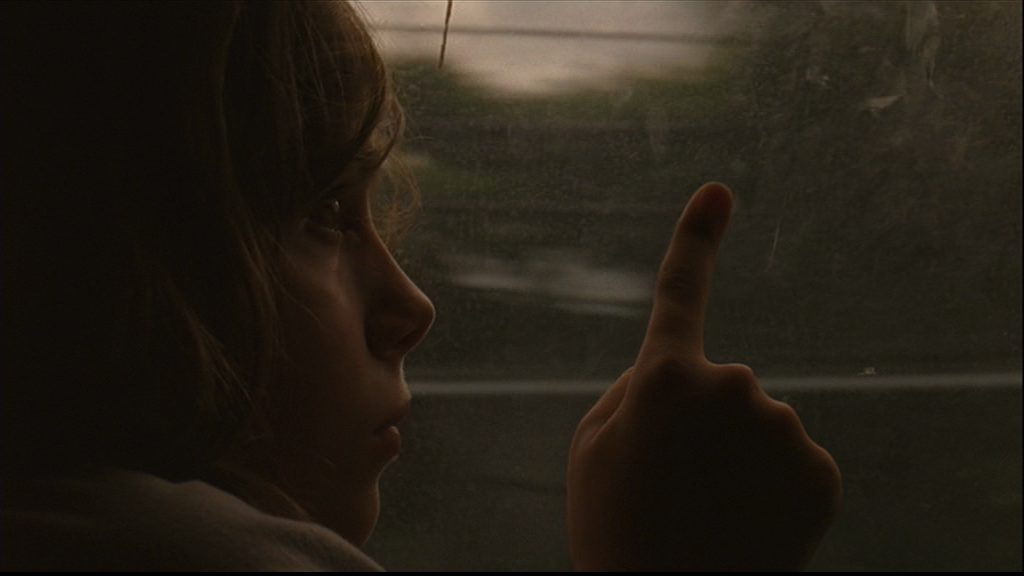 Indeed, what many of the aforementioned directors also share, albeit loosely, is, if not a downright nostalgic aptitude, then at least a notable interest in the past. Van Sant made (non-traditional) biopics about Kurt Cobain and Harvey Milk. Baumbach made The Squid and the Whale. Fincher, for all his embrace of current technology, made Zodiac and The Curious Case of Benjamin Button. Coppola made Marie Antoinette. I don’t even need to mention Woody Allen, but Woody Allen made Woody Allen movies. Savides was always called upon to shoot films set in either the hungover present or the not-so-distant past (correct me if I’m wrong, but I’ve never seen a holographic mapping device a la Minority Report in any of the films Savides shot), and more specifically, whether it was coincidence or not, Savides found himself working on period pieces set in the 70s (Zodiac, American Gangster, parts of Milk), fittingly also the heyday of his (and every other DP’s) idol Gordon Willis. Willis’ ominous, shadowy overhead lighting meets its more subdued 21st century counterpart in the photography of Harris Savides.

Part of the ease of watching a film shot by Savides was his ability to effortlessly shift from nondescript visuals to grand gestures that maintained a lack of showiness. In Zodiac, gorgeous money shots such as the horizontal dolly of the suburbs at night on the fourth of July or the time-lapse tilt of renovation in San Francisco unfold as part of an almost musical succession of visuals, no shot calling attention to itself among the rest. The intoxicating backwards dolly during the main characters’ guitar loop performance in Last Days is stunning in its Kubrickian stateliness, but the pale, flat afternoon light prevents it from becoming an overstatement.

In my estimation, Savides’ work on Van Sant’s death trilogy remains his finest accomplishment; together, the films comprise an event of two artists collaboratively pushing each other to new heights of expression. Elephant is perhaps the greatest example of the kind of casual virtuosity Savides managed, stringing together complex extended steadicam shots one after the other, all while preserving the languid, low-key atmosphere of the film. Gerry took the vastness of the desert and rendered it claustrophobic and mystical through static marathon shots that were at once distancing and enveloping. In many ways, Savides’ adventurousness on these films inflected the rest of his career; you can see the minimalist compositional style appearing as “late” as Somewhere, and the interest in shallow depth of field and dynamic movement spreading throughout Margot at the Wedding, American Gangster, and even Whatever Works.

If there’s one color that forms a continuity throughout Savides’ body of work, it’s a delicate dusty beige, an easy-on-eyes tone that makes the transition into these cinematic worlds a soothing one. If Savides was not filling the image with beige objects (clothing, sets, etc.), he was overlaying the film with a subtle brownish haze, which renders daylight exteriors soupy and sobering rather than harsh and blinding (Greenberg, Margot at the Wedding, and Zodiac represent the gold standard for this look).

More than any surface feature, though, the quality that bound Savides’ work as a cinematographer together was the generosity of his image-making, an approach to framing and camera movement that opened up the possibility of a multiplicity of focal points rather than compressing the viewer’s attention. Often times, even when Savides had to service the narrative by putting emphasis on a single face, or a single object, there remained a distinct lack of assertiveness, a sense of exploration: witness, for instance, how his camera makes a close-up into a sculptural study through a lugubrious pirouette around Casey Affleck’s head in the third act of Gerry or a nearly imperceptible zoom on Nicole Kidman’s blank expression in Birth.

In nearly every interview he gave, Savides stressed his practice of lighting a space rather than lighting characters. In a Hollywood industry where stars are money (maybe less than in classical Hollywood but still significantly so), it’s an unconventional technique that gets at Savides’ democratic approach to filmmaking. Characters can move and find their own light if they so desire, but showcasing figures is not the prerogative – approximating the texture of the environments he’s filming in is far more important. This doesn’t constitute a minimization of the human amongst the physical space. On the contrary, it makes people feel more concrete, more grounded. To watch Jake Gyllenhaal, for instance, gesture slowly forward in a lowly lit basement in a tense scene in Zodiac, the contours of his face defining themselves gradually under the glow of a bare bulb, is to be made intimately aware of his physicality.

There’s always a “they’re just craftsmen” or a “the creativity is in the directors” counterargument waiting to be wielded against any attempt to celebrate the distinctive talents of a cinematographer, but to reflexively lob such statements is to deny that creative collaboration is a living, breathing thing. Maybe Savides did not originally settle upon the overarching visual schemes in his films, but he implemented his directors’ outlooks with his own unique feel for tactility and dynamism, for soft, silky visual textures. Gus Van Sant, David Fincher, and Noah Baumbach will continue making films (perhaps films that are irrevocably indebted to Savides), yet I still feel a creeping sadness that, with the exception of the yet-to-be-released Sofia Coppola-directed The Bling Ring, I will see no more new Savides’ images. Cinematographers rarely get the credit they deserve in their time, if at all. If the onslaught of indelible images running through the collective head of cinephilia since Savides’ death on Wednesday, October 10th is any indication, let us all allow this major loss to be a corrective measure. 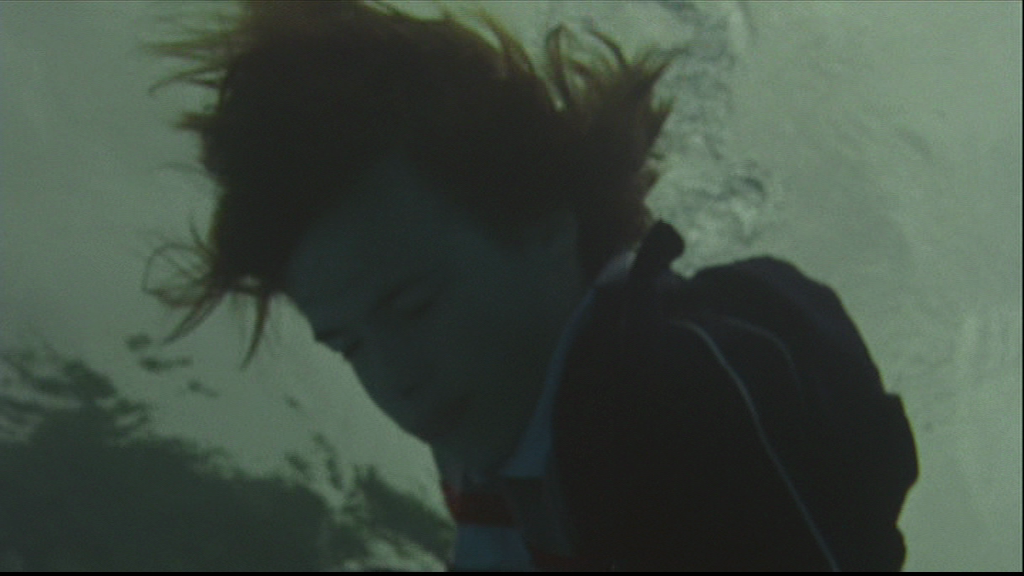 Above: Margot at the Wedding.