"I remember we used to wear the same dusters from The Wild Bunch or the one James Coburn wore in Duck, You Sucker!" —Francesco Piccioni (Red Brigades member)

Though Euro-centric enthusiasts might have a hard time admitting it, much of post-war continental culture is the child of the Marshall Plan. From the Nouvelle Vague to the Spaghetti Western, none of this would have been possible without the thriving economic situation brought about by what was officially known as the European Recovery Program – ERP. The socio-political alignment with the American way of life and death was achieved not only through military operations but also thanks to the exotic exports coming from across the Atlantic. From rock ‘n’ roll to action movies, whiskey to chewing gum, the Old Continent owes to America much of its luxuriant modernity. Needless to say, cultural hegemony often finds obstacles on its way, and the path to homologation can be a bumpy one. As Swiss moviemaker Jean-Lucifer God-Art once put it: “we’re the children of Marx and Coca-Cola,” indeed. The Italian peninsula is a case in point having been liberated in the second WW by American troops as well as the local resistance, both of which have in fact prominent symbolic roles in the Spaghetti Western saga that has been recently celebrated at the New York Film Forum. 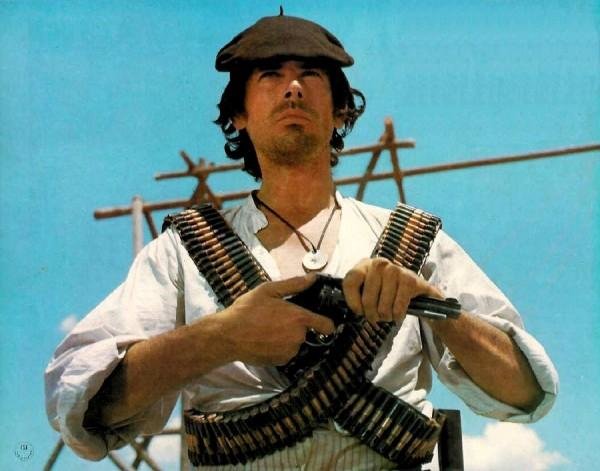 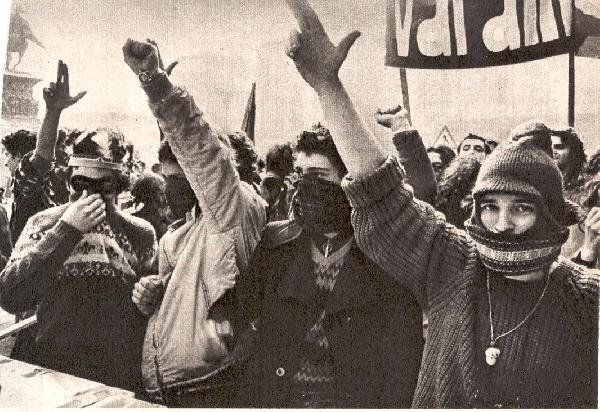 Arguably inaugurated by Sergio Leone’s films and their vision of America seen through the greed of dollars (A Fistful of Dollars and For a Few Dollars More), cynically deconstructing the western myth of good versus evil (The Good, the Bad and the Ugly), as well as celebrating the disenchanted lyricism of revolutions (Duck, You Sucker!), Spaghetti Westerns offer a vibrant allegory of the political upheaval Italian society was experiencing at the time.

By borrowing the most ideologically charged of all cinematic genres and subverting its representational codes, Italian commercial filmmakers launched a cinematic offensive breaking through reality as reality broke into films. This militant osmosis, whereby the difference between artistic and political commitment blurred as the smell of Molotov cocktails entered movie theatres and the solemn melodies of Ennio Morricone sound-tracked street battles with riot police, is more evident in the Spaghetti Westerns than it is in art cinema. Unlike auteur cinema that dissected the themes of political violence reluctantly, if not years later, and often with a sad dose of revisionism or hysterical demonizing, commercial cinema provided a lively and genuine commentary on the growing radicalization of the Italian extra-parliamentary left.﻿

Overwhelmed by the privileges of progress including rabid individualism, greed and corruption, and alienated by a sudden industrialization, Italy was, by the end of the 60s, a deeply polarized country where the ransom of utopia was being intransigently demanded by large sectors of the population. What may now be seen as radical naivety or reckless extremism back then felt like a very plausible alternative, as some of the films of this retrospective illustrate.

If on the one hand films like Django and The Great Silence (both directed by Sergio Corbucci) were frontal assaults on the western genre and its benevolent hypocrisy, on the other hand they simultaneously criticized an Italian society run over by an economic miracle that brought progress, inequalities and discontent. Klaus Kinski shooting a man in the back in The Great Silence deprived western violence of its civilizing pretension, denouncing a society founded on prevarication with 'Manifest Destiny' replacing 'Genocide' in the national vocabulary. The cruelty and abuses those films staged, their lonely riders fighting against a fate they did not choose, resonated loudly among young and angry working class audiences who had started to oppose injustices with direct action, sabotage and creative insurgency. As the debate around the use of violence grew hotter in occupied factories and on student campuses, films such Vamos a Matar, Compañeros﻿ and A Bullet for the General were released. These two titles in particular were amongst the favorite films of extra-parliamentary Marxists groups, which felt their concrete political experiences found a sort of fictional integration in those films endorsing the same positions they advocated. Some years later, in 1981, when both the cinematic genre and the prospect of an armed insurrection against the state had lost their momentum, Spaghetti Westerns superstar Gian Maria Volonté (A Fistful of Dollars, A Bullet for the General, Face To Face) helped Oreste Scalzone, one of the leaders of Autonomia Operaia (Autonomous Workers) and facing terrorism charges, to escape to France via Corsica on his sail-boat. This anecdotal showdown between the state, those who questioned its legitimacy and the outlaws of the imaginary renders homage to the complicities that cinema and reality sometimes share (not only in Iran or China apparently).

The aforementioned titles provided a pretty straightforward endorsment of the necessity of revolutionary force; for instance, in Vamos a Matar, Compañeros﻿ the professor who champions non-violence throughout the film, is killed at the end precisely because he refused to arm himself. Other films like Face to Face by Sergio Sollima or Tepepa by Giulio Petroni placed the armed struggle in the meaningful continuum of Italian history by transplanting the Italian resistance to Mexico. Born out, among other things, from a frustrated sense of unfinished resistance against Nazi-Fascism (the gun used for the first military action of the Red Brigades belonged to a veteran of the resistance), what is now democratically referred to as terrorism is a complex historical phenomenon rather than the vagary of few glamour-seeking thugs. What these films also explored was the conscious implication of what the use of military force would imply on an ethical level, thus dispelling the myth (fueled by the latest trend of 'terror biopics') that young militants took up arms for coolness' sake. The shared concern with the ethics of violence is what Classical and Spaghetti Westerns have in common, though the respective elaborations led to very different conclusions.

Even if the official discourse around the armed struggle in (post-war) Italy has managed to reduce the force of desire to the violence of fear, to watch this retrospective against the watermark of history today may unearth some sense beneath the superficial rule of national hypocrisy. Though the history of the Italian extra-parliamentary left cannot be squeezed into few lines nor its significance relegated to a movie theatre, what some Italian westerns effectively exemplified is what English historian Paul Ginsborg consider to be the political marriage between creativity and “militarism” characterizing that political season. Despite incurring into major strategic mistakes, ideological ossification and solipsistic drifts﻿, the history of a dissenting imagination struggled to find a place on the big screen. The cre-active insubordination that had dared dream of effacing bigotry and social injustice from the face of Italian society finds in the Spaghetti Westerns the most truthful testimony of its tender and belligerent impetuosity. ﻿And like many of the lost battles these films feature, this too was a battle some felt was worth fighting for.