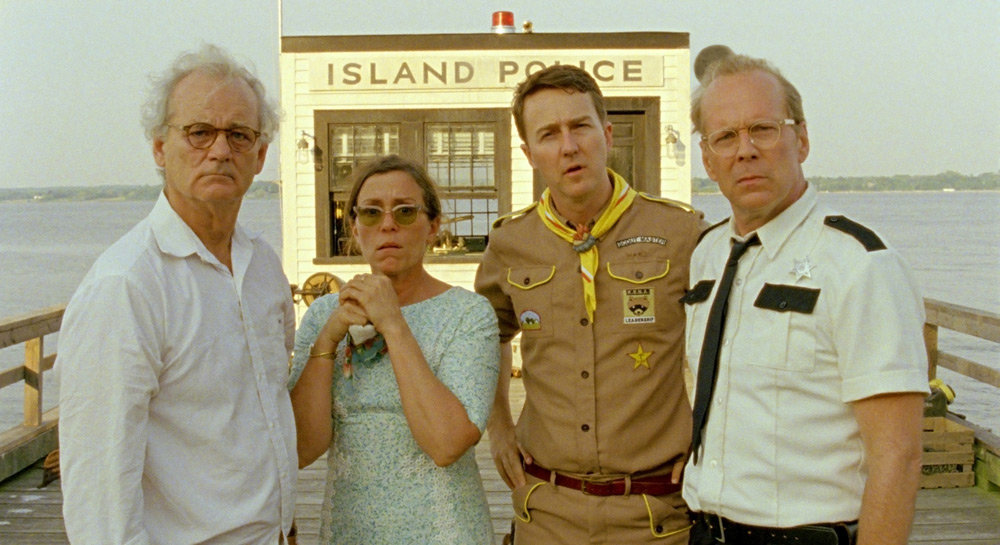 "As they cheered and hooted, they were far more confident than the film actors on display, who seemed ill at ease when they stepped from their cars, like celebrity criminals ferried to a mass trial by jury at the Palais, a full-scale cultural Nuremberg furnished with film clips of the atrocities they had helped to commit."

Cannes: stronghold of the xenophobic right all year long, kind host of the clergy of world cinema for a few glamorous days—the devastating crisis dismembering the Old Continent is only a faint ghost on the Croisette. While working conditions descend into slavery, the festival poster, with its sacrificial lamb on the altar of Hollywood, reminds us that time is ripe for celebration. So let us celebrate the casualties of financial terrorism with a bucolic piece of antiquarian filmmaking, a sweet pill of cinematic escapism: Wes Anderson’s Moonrise Kingdom.

Sugar-coated in nostalgia and meticulously crafted, Cannes’ opening film is set on a faraway island, in an innocent America that never was. There, caught in a dreamy world of chromatic perfection and whimsical inventions, a couple of young lovers decide to escape the tedium of organized life. She (Kara Hayward) escapes the rehearsed love of a perfect family, he (Jared Gilman), the playful militarism of the Khaki Scouts. Driven by the acerbic bliss of their first love affair, they abandon normality to embrace a fairytale of wilderness, directly borrowed from the colourful hardcover books the little girl likes to read. This soothing dollhouse of pastel colours and idyllic perfection turns out to be a rather constraining place and its hyperglycaemic tones tend to tire. After having tasted the first slice of this cine-cake, it’s hard to swallow the rest, considering that the story basically repeats itself twice over to conclude that desire, in the best of the possible worlds, is to be carefully managed by the authorities. If the charming policeman (Bruce Willis) comes to kick you out of your tent, it’s only for your own good. Occupiers of all lands, listen up!

The unruly spirit of Wes Anderson’s last work (Fantastic Mr. Fox, from a Roald Dahl﻿ story) is replaced here with a stylistic mannerism rendered all the more obvious by the lack of a convincing narrative. In this innocuous Badlands for minors, where benevolence wins over rage and disenchantment, we watch children dressed like adults taking orders from adults dressed like children. And in doing so one may realize that it is perhaps this incapacity to put an end to eternal adolescence that brought us this bedtime story in the middle of a waking nightmare.

Festivals always disclose signifying affinities amongst their films, whether intended or not, and every spectator detects latent threads describing the mood of his or her own festival. British debut feature Broken, opening film of the Critics Week, shares with Moonrise Kingdom the tender age of its protagonist, but instead of a fantastical world this time it is the raw cruelty of everyday life facing the spectator. 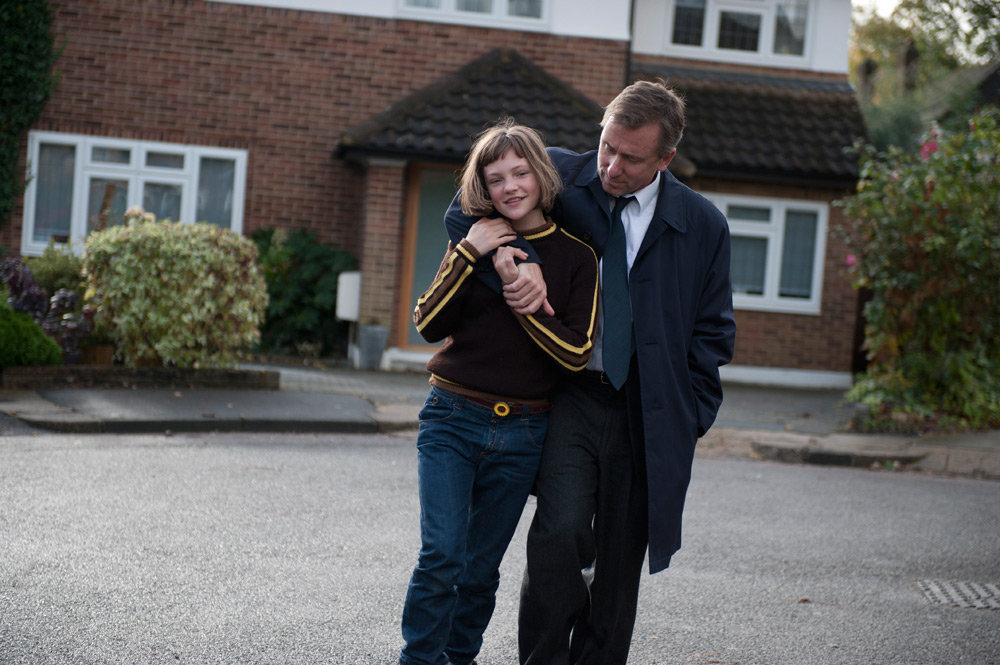 Broken revolves around and is propelled by Skunk (an immense Eloise Laurence, for the first time in front of the camera) and her abrupt encounter with adult life. After witnessing a brutal beating, Skunk is gradually introduced to the jaded inhumanity of mature life, its aching complications, miseries and solitudes. First time director Rufus Norris stands out for his unique voice and unconventional approach to the social realism of Grim Britannia, able to capture its absurdity and darkly comic drifts. Even when digging deep into the leaden core of social dysfunction and sexual repression, the film never fails to notice surreal nuances and cracks of compelling beauty.

Despite a story of ill-omened proportions where every single thing goes wrong, the film reflects and radiates the bright energy of Skunk, a sort of Zazie of the English province, whose reckless kindness transfigures the baseness around her. Arguably due to his theatrical background, the director is able to orchestrate a cast of solid performances; from the wild purity of Eloise Laurence to a thoughtful Tim Roth, the film relies on a tangible choral thrust. 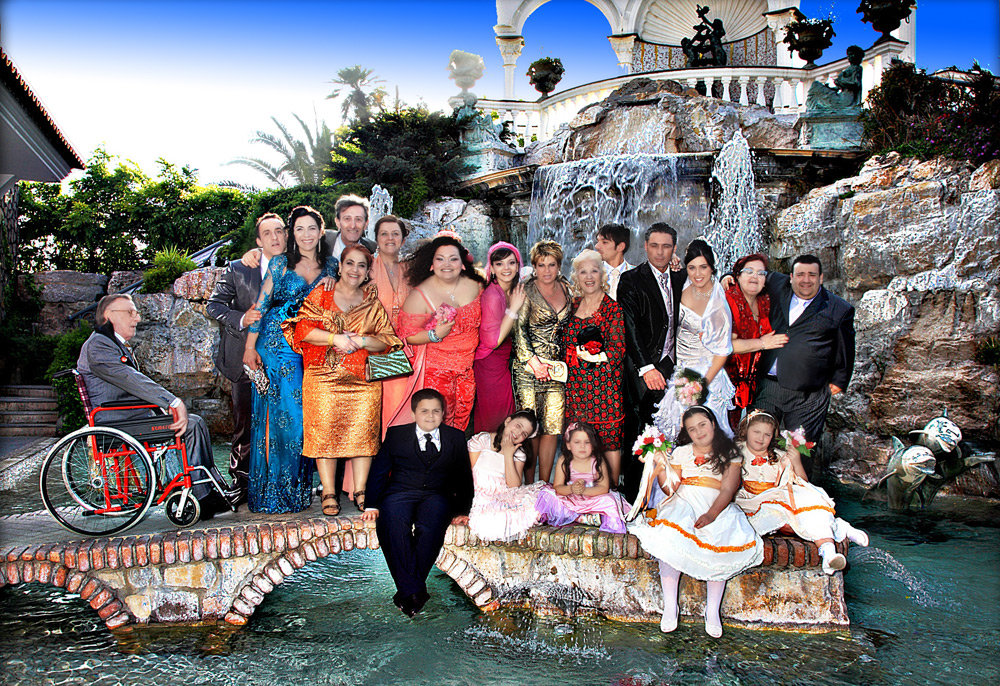 An updated compendium on what Pasolini termed the "anthropological genocide" Italian society was, and still is, undergoing at the hands of rabid consumerism, Reality by Matteo Garrone is a bitter slice of unflattering neo-realism. This time though, unlike in De Sica’s films, there is nothing to be charmed by; poor people are far from being romantic, their demented degradation invokes horror rather than compassion. Garrone’s latest film revolves around a Neapolitan fishmonger who almost accidentally takes part in an audition for the Italian Big Brother. His obsession with being cast as a participant in the house of fame is absurdly realistic even as he grows increasingly paranoid and schizoid.

The film penetrates the cultural metastasis of the Italian peninsula with a story of grotesque realism, where a senile pulcinella chases a dream of take-away glory supported by a familiar community of TV-addicts, only too willing to nurture his naivety. The opening sequence, a tacky and opulent wedding in a Disney-like villa measured against the decadent neighbourhood where the guests live, speaks of a nation sleepwalking through a cultural nightmare of epic proportions. Garrone, after the punchy commentary of Gomorrah, veers back in Reality to his more subtle and unnerving style to detect the reprobating drifts of a country desperately hanging to its stereotypes suspended on a cultural abyss.