“We need history, but we need it differently from the spoiled lazy-bones in the garden of knowledge.”
–Nietzsche, On the Use and Abuse of History for Life

Winner of the Quinzaine des réalisateurs﻿ at this year’s edition of the Cannes Film Festival, No by Pablo Larraín﻿ was, to our mind, one of the most interesting films to be screened at the festival. Neither vertically towering nor self-consciously contrarian, this is a diagonal movie venturing in a pathless direction. There is a remarkable aspect in Pablo Larraín﻿’s cinema: it is his ability to look at history with neither condescending moralism nor nostalgic complacence. The three films about his native Chile under Augusto Pinochet are extraordinary incursions in the unexplored potential of historical fiction, that bypass dates, landmarks and heroes to show history from within, not from above.

By resisting the temptation of availing himself of the privilege of posterity, whereby "right" and "wrong" are posthumously established, Larraín﻿ ﻿manages to penetrate the instances of his country’s past to expose all that is banally evil and incoherent about them. While Tony Manero staged the demented cruelty of domination and Post Mortem the uneventful trajectory from complacency to complicity, No exposes the void of democratic victories and, most disturbingly, the impossibility of changing political vocabulary in spite of one’s beliefs.

As with his previous two works, the director dresses his film with the visual robes of the era it is set in; No is in fact shot in lo-fi video making that Chilean 1988 so vividly palpable through the grain of the betacam. Though the faltering colours of the magnetic tape the film is shot on can initially ﻿be bothersome, the visual accuracy in the aesthetic reconstruction of the era is so persuasively crafted that somehow one grows accustomed to its anachronism. The film tells the story of René Saavedra (finding in Gael García Bernal﻿ its perfectly mediocre impersonator), a young advertising executive who accepts to follow and devise the ad campaign for the “no” in the referendum dictator Augusto Pinochet has called for due to growing international pressure. Parting from his colleague Lucho Guzman (Larraín﻿’s regular virtuoso Alfredo Castro), who will orchestrate an intimidating, aggressive and plagiarist counter-campaign for the regime, Saavedra lends his political indifference to the anti-dictatorial cause. The very reason why Saavedra accepts the job is unclear, maybe to please or regain the esteem of his left-wing ex-wife, or maybe not... His struggle for democracy, though punctuated by threats and dangers, is a rather evasive one.

Against all odds—the “no” campaign is only accorded a small night-time allotment on TV against the omnipresent “yes”—Saavedra leads a victorious campaign applying his commercial flair to politics. The communicative strategy adopted, which omits the regime’s crimes but promises a bright and merry future, antagonizes political militants who find it unacceptable to ignore past atrocities while showing happy families having fun. Yet it works. 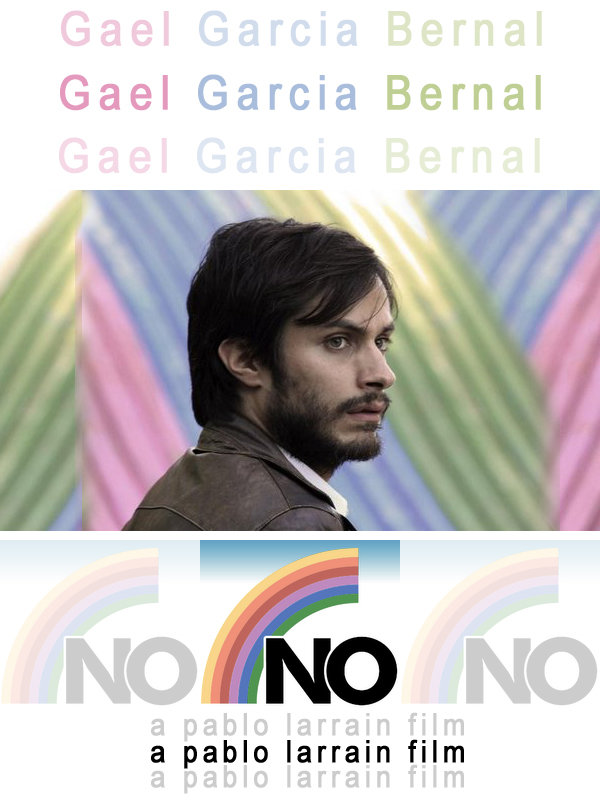 The ineluctable realization that only by repressing the dark nightmares of history and promising colourful years ahead the “no” campaign can be won animates the whole film. It is only by emptying democracy of its authentic meaning, the film illustrates, that can allow its successful establishment. In fact the emotional tone of the film (ambiguously dour) and its bitter circularity make for an unusual tale of democratic triumph. After all, we are in the land where the neo-liberal theories of Nobel Prize winner Milton Friedman and his Chicago Boys had been forcibly tested, to the tune of torture and desaparecidos, prior to their democratic implementation in Reagan’s America and Thatcher’s Britain. Interestingly enough, No begins and ends with the exact same scene, the first set during a military dictatorship and the other in its democratic aftermath. The two advertising executives, temporarily and viciously divided throughout the campaign, are reunited in business as if nothing, literally, had happened. Far removed from the celebratory tones that such a story would implicitly suggest, the film navigates the grey areas of regime changes, those that secure continuity and pave the way for revisionism.

Once again Larraín﻿’s film transcends its own geographical settings to evoke the ghosts of history, who, specificities notwithstanding, haunt all national narratives never too willing to come to terms with their own ethical disputes and incongruence. Casually enough, as these words are written, Chilean society is traversed by heated protests against the release of a new documentary celebrating Augusto Pinochet as a national hero. The reconciling pretension of democracy, incapable of honoring its mandate, exposes a polarized nation clearly haunted by an unresolved past, the same Larraín﻿ ﻿has unassumingly captured in his films. Adopting a docu-fictional aesthetic in fact helps the director in forwarding an imperfect, therefore realistic view of history at a crucial juncture when PR became the political tool of choice and mendacity the least of all possible evils. In the same year when No is set, Robert Altman delivered what is perhaps his most caustic commentary on (American) society and its democratic farce, Tanner '88. This TV series following a fictitious candidate for the presidential election is in fact a lucidly humorous account on the theatrics of politics and the monopoly of mad men in a business where appearances, not substance, is what counts. In Chile, America and any other civilized democracy.