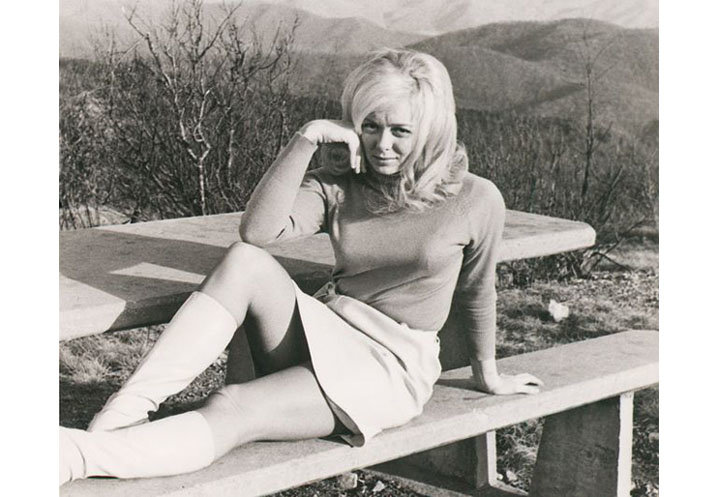 "Errol Morris must have felt like it was time to lighten up," writes Eric D Snider at Cinematical. "After his last few documentaries addressed the death penalty, Holocaust deniers, the Vietnam War, and Abu Ghraib, his new one tells an astonishing-but-true story about an insane-but-functional woman named Joyce McKinney. It's called Tabloid, and its purpose is not enlightenment but entertainment."

"It's the funniest farce of 2010," declares Tim Appelo. "In three days of shooting, Morris bagged his most astounding character ever, Joyce McKinney, a see-through-blouse wearing North Carolina beauty-queen acting student turned S&M hooker with boobs out to here, an alleged 168 IQ, and such a yen for a Mormon boy (inexplicably, since he's built like the Pillsbury Doughboy) that she hunted him down with a gun on his Mormon mission, manacled him to a bed, opened his magic underwear and... but I don't want to spoil it for you. And that's not the half of it."

Also at Thompson on Hollywood, Meredith Brody: "I ask Morris how he found the story. He says he read an article in his hometown paper, The Boston Globe, about a woman who had her beloved pitbull Booger cloned in Korea, and that there was a single sentence near the end of the piece that mentioned that she'd been involved in a sex scandal decades earler.... I still wonder how Morris convinced her to appear on screen, bubbly, vivacious, and seemingly happy to revisit the events of 1977 and beyond. Everybody's favorite Joyce quote in Tabloid, re: the impossibility of raping a man: 'It'd be like squeezing a marshmallow into a parking meter.'"

Variety's Peter Debruge reminds us that McKinney was "a favorite punching bag of the Blighty press back in 1978... Though she sold some rights to London's Daily Express at the time, McKinney never got to tell the full story of her involvement in the Kirk Anderson kidnapping. Tabloid reps the next best thing — better, actually, as Morris's cheeky 'as told to' format proves infinitely more entertaining than a straightforward memoir could be. No sooner does the yellow journalism star attempt to clear the record than Morris, seizing upon certain buzzwords in her story, begins to flash screaming 72-point headlines across the screen: Guilt! Spread eagling! Impotence! Rape! (And later, for the biggest laugh in the movie, 'Minibar.')"

"[J]ust when the story seems to have been fully unveiled, Morris takes us in a completely different direction in a 'wait, it gets better' sort of denouement," writes Kristopher Tapley at In Contention. "He's clearly as dumbfounded as we are every step of the way, but he maintains a commendable sense of respect for his subject... This is one of his best films in years (and the second Telluride debut of his career)."

And at Telluride, notes Hitfix's Gregory Ellwood, "Morris warned everyone in attendance at the late night premiere that he was worried that while everything in the film is true, audiences still wouldn't believe it."

"Morris clearly invested so much time and energy in McKinney's story because he saw her as emblematic of our crazed times," writes Stephen Farber in the Hollywood Reporter. "Others might wonder whether the sad saga deserves quite this much attention, but there's no denying the film's morbid fascination."

And Tabloid screens there on Sunday, Monday and September 19.

Updates, 9/14: "Joyce claimed Kirk had been brainwashed by the Church of Latter-Day Saints, their weekend in the cottage was their honeymoon, and in tying him spread-eagled to the bed and initiating intercourse with him seven times, she was merely trying to wrestle the man she loved back from the clutches of a religion that had made him hate himself for loving her," blogs Karina Longworth for the Voice. "Morris doesn't seem to have much interest in sorting out truth from perception. Heard off camera asking his subjects questions, his tone is generally indulgent, giggly when it could be probing, too gee-whiz drunk on the escalating weirdness to sift out a larger point―other than that sexy women are plenty scary, but slightly less so than Mormons."

For the Boston Globe's Wesley Morris, this is "one of the festival's best movies." McKinney "sits before the director's patented cameras, looks right at us, and proceeds to reveal why she might be one of the planet's most entertainingly weird people.... This is a true feat of tone."

And for indieWIRE's Eric Kohn, this is "not a major work, but still a wildly funny portrait that succeeds at inducing the incredulity Morris always seeks out."

Update, 9/16: Via Livia Bloom at Filmmaker, the poster: 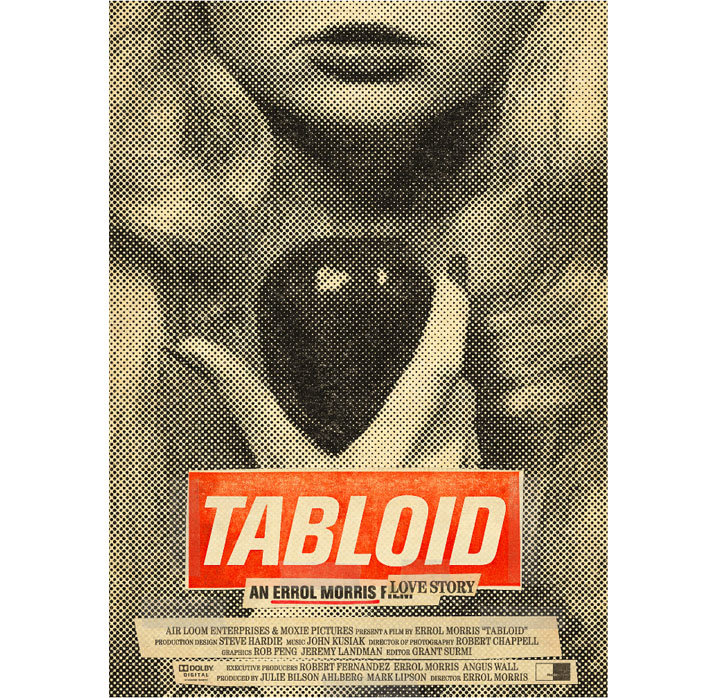 This is a film "about how easy it is to skew a story for entertainment purposes, and thereby make celebrities of people who haven't really done anything except be nutty," writes Noel Murray at the AV Club. "Case-in-point: Tabloid itself, which is as crazily entertaining as it is unpredictable." Adds Scott Tobias (they both give Tabloid an A-), "Mostly, it's just endlessly curious in the familiar Morris way: Curious about another in his career-long gallery of eccentrics, curious about British tabloid culture, and curious about how radically stories are distorted, by outlets looking for an angle and by individuals who reserve their greatest deceits for themselves."

Update, 9/19: "A lark, maybe, but a truly disturbing work," finds Fernando F Croce at the House Next Door.

Coverage of the coverage: Telluride and Toronto 2010. For news and tips throughout the day every day, follow The Daily Notebook on Twitter and/or the RSS feed.