For the adventurous American moviegoer, many are the joys of a touring Hou Hsiao-hsien retrospective. We’ve been stoked on mystique, routinely instructed that Hou is the greatest of all living filmmakers, and that our chances to behold his greatness are rare. The latter point seems incontrovertible: Only four of Hou’s 17 features have ever been distributed in the US, and home-viewing options also are hard to come by, although not impossible. As of this moment there is at least a region-free Dust in the Wind (1986) DVD for sale on Amazon for $500.

For less money and more context, the retrospective is recommended. If nothing else, it poses a sporting challenge to determine exactly where and when this elusive but exalted director made the leap from obedient studio functionary to peerlessly humane, historically astute Taiwanese New Wave pioneer.

Well, I’ll tell you. It’s about an hour into Hou’s 1983 film The Boys from Fengkuei, which also is known as All the Youthful Days and is rightly thought to be his breakthrough. As a tale of feckless provincial proto-adults, listlessly at large in the city for the first time in their lives, the film isn't radically original. But for Hou, it's manifestly personal—particularly in ﻿one galvanizing scene which stems from the lads’ uncertain transaction with a scooter-puttering, street-wise operator.

Of course we know they’ve been duped before they even get in there, but the knowledge makes us more curious to see what awaits them, and more delighted when it turns out to be a flourish of Hou’s sly style. On the inside, the building is unfinished, a featureless void. What light there is comes from the vast rectangle of an open window, a view of the city, framed-up in a rather cinematic aspect ratio, after all, but obviously not the show they were hoping for. 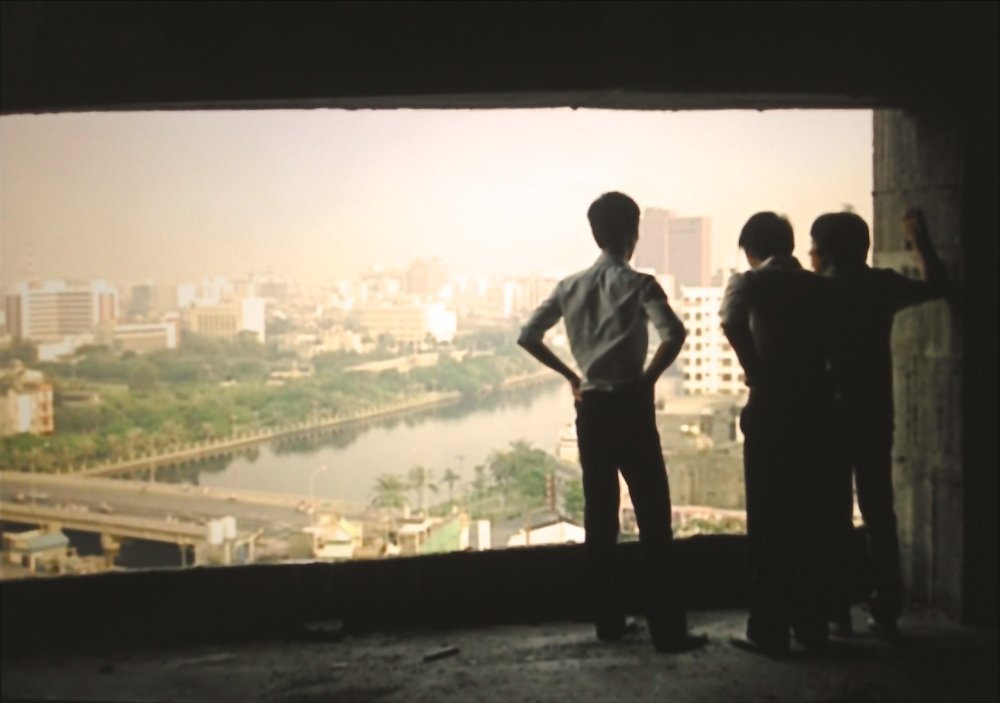 “Big screen, in color!” someone disdainfully repeats. Well, the guy wasn’t lying. They step forward and look. Closer than you should get to a big screen. Closer, for that matter, than you should get to a gaping 11th-story window. Enraged, ashamed, disappointed, but they look. And Hou records the moment in what will later be known as his special way: from some remove, with precision and fertile quietude, achieving—as if by chance but of course by design—a rueful poeticism of actuality. At once a cinematic in-joke and the sincerest expression of human understanding, the gesture seems effortless.

That would be the Hou breakthrough in a nutshell, were such things so reducible, which of course they blessedly are not. It’s also one great true moment in a career of many—just one frisson to be found in a teeming parade of provincials awakening to urban life, children awakening to adult understanding, the 19th century awakening to the 20th, and the 20th to the 21st. Hou’s visions of history have the simultaneous oddity and immediacy of a dream, the sort that you swear is actually a memory, or something you didn’t know about yourself until seeing your place in the world unexpectedly, through the frame of an open city window.﻿

Part of our on-going series The Details, a column that catches the small within the big, focusing on the individual elements that make cinema so expressive.