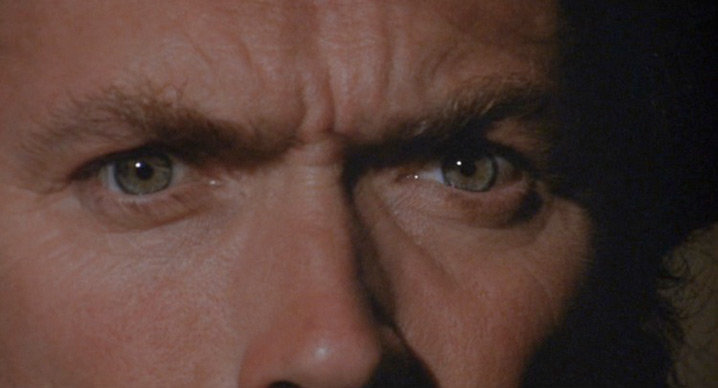 "You're giving him a pass because he's..." "Oh I hate it when X gets a pass from the critics." You've read, or heard, complaints such as this before. Indeed, in this era of enhanced noise-making capabilities and meta-criticism, the disdain of the ostensible critical pass—that is, making allowances for, or going a little easy on, a particular work by a particular director just because you're a fan of that director's prior work—and its concommitant implication of bad critical faith,has become increasingly and dispiritingly common, with even reliably astute critics such as A.O. Scott resorting to it (in his notice on Scorsese's Shutter Island). My friend Joshua Rothkopf's pan of the latest Jacques Rivette film is almost entirely predicated on the don't-trust-those-pernicious-auteurists-who-are-giving-a-pass-to-this-now-feeble-old-master idea. Which gains a new and weird dimension if you follow the gossip on certain esoteric websites and message boards, which spreads the scuttlebutt that this old master is in such poor condition that he in fact did not even direct most of his latest film, and that much of the work on the ground was done by one of Rivette's longtime scenarists, Pascal Bonitzer. "Where's your auteurist credibility now?" one hears in the back of one's mind, drawled in the most Robinsonesque tones of disdain.

And of course the retrospective of films directed by Clint Eastwood currently unspooling at the Film Society of Lincoln Center's Walter Reade Theater brings to mind the counterreactions to the positive reviews of last winter's Invictus, and other Eastwood-directed films of recent years; that certain critics, so thoroughly enamored of Eastwood—not just Eastwood the director, but Eastwood the man, the myth, the legend—are just so thoroughly enamored that they'll ignore his films' many, many, many shortcomings. To this accusation I can only personally respond: Okay, you caught me. Red handed, and dead to rights.

Of course, I do have some qualifications to offer. Followed by justifications. First off, I am not blind to the flaws in Eastwood's films; or, if I am, it's a willful blindness, or a willful suspension of what I'll call, for the nonce, judgment. And, of course, my ideas of the flaws in Eastwood's films may be different from yours. I do not believe, for instance, that 1971's Play Misty For Me is an ideological construction of deplorable misogyny, but I do object to Eastwood's use of the zoom lens in some of the picture's more intense scenes (and example of a resolution of such a shot is the illustration for this article). On the other hand, the homosexual villain portrayed by Jack Cassidy in 1975's The Eiger Sanction is a distasteful and hateful caricature, only slightly ameliorated by the ridiculous relish with which Cassidy attacks the role. I have no idea why Eastwood cast Warren Clarke, who everybody knew as "Dim" from A Clockwork Orange, to play a Soviet in Firefox (1982). Maybe 'cause Nadsat is derived from Russian? That John Huston impersonation in White Hunter, Black Heart is a little forced. And don't even bring up the monkey movies; Lincoln Center isn't. More seriously, yes, those who get on Million Dollar Baby's case for having its entire scenario play out in a terrifically implausible media vacuum, but on the other hand, as John Wayne didn't say in Stagecoach, there are some things that a man has to run away from, and Eastwood knew that he could not have contrived the heart-stopping moment he engineered for the film's climax had he enabled Hilary Swank's character to Google "macushla."

So no, his films are not without flaws, and I imagine I could enumerate them all day. But I still take him very seriously as a director. (I'm reminded, if I may, of a funny story; around spring 1981, standing outside Cinema Village, waiting to go into a rep screening of The Shining and The Killing ["a very instructive double bill," one patron commented while exiting] with some friends and listening to a couple of eager cinema beavers discussing Eastwood's directorial career and making a remark about Eastwood only finding his "water level" as a director with The Outlaw Josey Wales or  some such. One of my friends drolly imagined recasting that scene out of Annie Hall with Eastwood, in his Dirty Harry persona, appearing from behind the line and drawing a bead on one of these guys with his Magnum, and saying "What do you know about my filmmaking...punk?"...Maybe you hadda be there...) And it is largely because I enjoy his directorial, or some might say storytelling, "company." Which might be another way of saying that one enjoys his "personality," as it were? Is, in fact, Eastwood the director I would most like to have a beer with, if I still drank beer, and is that a sufficient critical defense?

Maybe. But I can also cite some textual defenses. I esteem Eastwood as a director as much for what he doesn't do as for what he does do. A good example for me is the identification-of-the-body scene early on in 2003's Mystic River. The wrenching moment when Sean Penn's neighborhood badass kingpin has to face up to the fact that the daughter he was supposed to be able to protect has fallen prey to a deranged murderer. You know how this scene would have gone in any number of Hollywood iterations of it: a low-angle shot of Penn's character walking through the corridor of the hospital in slow-motion, haloed by the flourescent lights, followed shortly thereafter by a shot of him screaming "Nooooooo!!!" also in slow-motion, maybe with the sound dropping out and all, just so the audience could get a good look at Penn's intense face...

But Eastwood plays the scene absolutely straight, almost to the point of banality, standard camera setups, no slow or stuttered motion, and it's the quiet of it, the eerie matter-of-factness, that makes it so wrenching. One might say that as a director he has very conventional ways of being unconventional. Or you could just say that when it counts the most, Eastwood gives it to you straight. In a piece originally published in Positif, later reprinted in the invaluable Projections 8 1/2, Eastwood waxes slightly peevish about In The Line Of Fire director Wolfgang Petersen, recalling how thrown off the director was by having to rearrange an Eastwood entrance so that a bruise on the side of Eastwood's head wouldn't be visible in the shot. Petersen had the shot arranges just so, and re-imagining it was rather arduous for him. Had Eastwood's old mentor Don Siegel been behind the camera, Eastwood argued, the problem would have been fixed within a few minutes. I recalled this while recently watching Eastwood's underrated 1997 thriller Absolute Power, particularly the opening scenes, in which Eastwood's character, an aging cat burglar, inadvertently becomes witness to a homicide involving the President of the United States. Almost entirely dialogue-free, it's very simple champ-contrechamp stuff (sorry, the French really does sound better than "shot/reverse shot"), but almost breathtaking in its directness. Yes, maybe it is a little highfalutin to call Eastwood the last serious man in Hollywood, or the last classicist. But it's not too far to go to say at his best, Eastwood simply does not do cinematic bullshit. (And no, he's not always at his best, and yes, Jeffrey Donovan's tooth-sucking baddie in Changeling does skate pretty close to the BS border...)

As for his last release, Invictus, whose box-office failure gave its detractors a nice unearned smug chuckle, here too is a pertinent example of Eastwood benignly confounding audience expectations. Rather than a triumph-of-the-human-spirit "sports" movie, the director serves up a narrative about practical/pragmatic politics and the iconography/semiotics of sports and its relation to national/nationalistic pride and/or fellow feeling, and is overall so smart about it that its occasional lapses into sentimentality (the Robben Island scene), which would not seem entirely egregious in the more expected version of this film, come off as a bit sloppy and ill-advised. As long as Eastwood continues to disarm in this particular way, applying a scrupulous, searching but never ostentatious intelligence to whatever theme that's piqued his interest, he will have his pass with me. So there. And now, my question for the detractors: Would you be so inclined to call him "sloppy" or "indifferent" if you were in fact completely unaware of the brisk efficiency of his working methods? And if so, what textual evidence would you cite in that case?