Gregory Le Cava's Unfinished Business (1941) screens at Anthology Film Archives in New York on 27th - 29th January, along with the director's 1935 film She Married Her Boss in part of the on-going series, Stuck on the Second Tier: Underknown Auteurs. 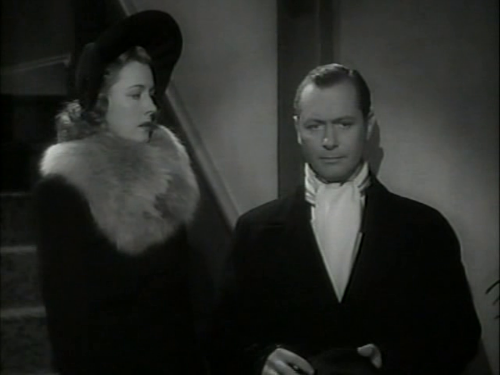 The first distinguishing feature I noticed about Gregory La Cava's films, apart from his great ability with comedy, was the tension between humor and pain, which often seemed quite off-kilter, unpredictable, and liable to WHANG you in the face. The happy ending of Stage Door (1937) is marred by our consciousness of the death of the most sympathetic and passionate character (some prints apparently include a quick shot of her grave at the end, not smoothing over the problem so much as highlighting it). When Lee Tracy prepares to beat up Lupe Velez at the end of The Half-Naked Truth (1932), and the soundtrack jauntily plays Mendelssohn's Wedding March, the modern sensibility rather shudders. Carole Lombard in My Man Godfrey (1936) never seemed to have the kind of character arc that would entitle her to end up with William Powell.

I rather liked this inward urge to tonal disintegration: as the late Sidney Lumet once said (regarding The Great Dictator's ending) "Not everything needs to be perfect." And in the unresolved stresses and contradictions, I sensed a real creator at work, one who didn't want to make his audience get to comfortable, even though he wanted them to have a terrific time. 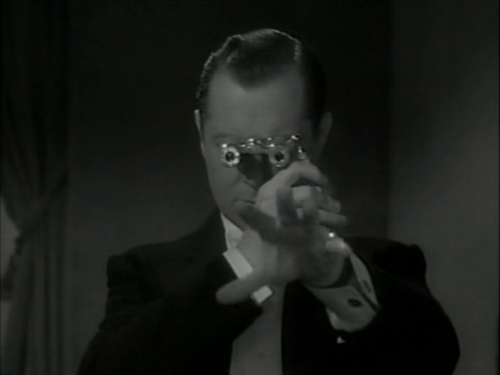 Above: Montgomery tests the 3D effect.

But in Unfinished Business (1941), the tensions, fully present and glowering at us, are in perfect harmony. The film is a magical balance of comedy and tragedy, both painful, and touches on the subject of alcoholism, the real-life central problem of La Cava's existence, in a light but powerful way. The fairy tale happy ending which wishes the drink problem away (with WWII drafted in as deus ex machina to effect the character's redemption) becomes a heart-breaking piece of Hollywood wish-fulfillment rather than a narrative crutch.

The film stars Irene Dunne as a small-town singer seeking her fortune in the big city. Seduced by love-rat Preston Foster on the train out, she finds disillusionment in New York, culminating in a drunken marriage to Foster's boozy brother, Robert Montgomery. This being post-Code, such a seemingly unpromising match must turn out to be providence in disguise, even though Dunne is still carrying a torch for the unworthy (and also married) sibling.

Dunne is excellent as always: a star in eclipse these days owing to the number of her films with more celebrated remakes (Magnificent Obsession, Showboat, Back Street, Love Affair, even The Age of Innocence), and due to her having worked at Universal, which means her films might as well be recorded on air freshener for all the chance they have of a DVD release. I'd always rather see her doing comedy than melodrama, though she's skilled at both: here, she gets to juggle. 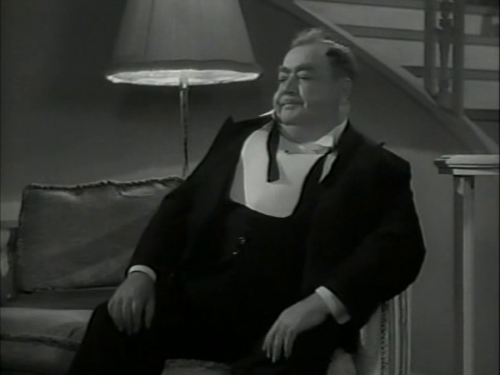 Robert Montgomery is likely to be remembered more for his failed experiment in subjective camera, Lady in the Lake, than for his acting career, but that's a shame: in Night Must Fall he plays an electrifying psychopath, and here he's adorable, a prototype of Dudley Moore's Arthur, complete with rude butler, although in that role, Eugene Pallette (above), looking like a balloon full of porridge, is a marked physical contrast to his descendant, Sir John Gielgud, who was more the knobbly stick type.

Montgomery is an odd, soft, shiny fellow: a bit like an expensively-dressed raindrop. But he has pitch-perfect comedy timing to match Dunne's, and he's soft where she's brittle, and they make an oddly touching couple. 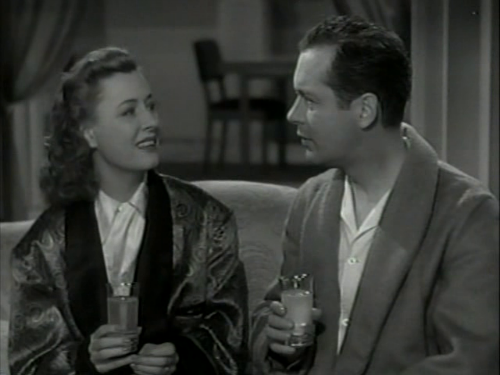 Her: "I didn't know drinking could help you avoid life."

It's comparatively rare for a forties film to get to a narrative place where you have genuinely no idea where it will end up: if a marriage is on the line, you can be fairly certain of a happy reconciliation, unless death intervenes. This one generates some anxiety in the middle, and then produces its outcome through a genuinely unexpected twist. The film even has hints of social conscience, undercutting its love of the Manhattan smart set. An attempted reconciliation scene played in a rooming house stair keeps getting interrupted by drunken revelers returning home, and an old woman going out:

"Where's she going at this hour?" asks the top-hatted Montgomery.

La Cava is on top form, which shows not only in the performances (he apparently had a way of getting the actors to put things into their own words, though the end result seems as tightly scripted as anything of the era), but in some dazzling/strange flourishes—his camera rockets around a penthouse to track the spread of malicious gossip, and Dunne has a strange internal monologue delivered in Sparky's Magic Piano proto-Vocoder synthespian tones. But what's most memorable is the sophisticated take on Hollywood romance, brushing up against hard emotional reality. The fairy tale ﻿ending may not fool us, but oh! how we want it to.